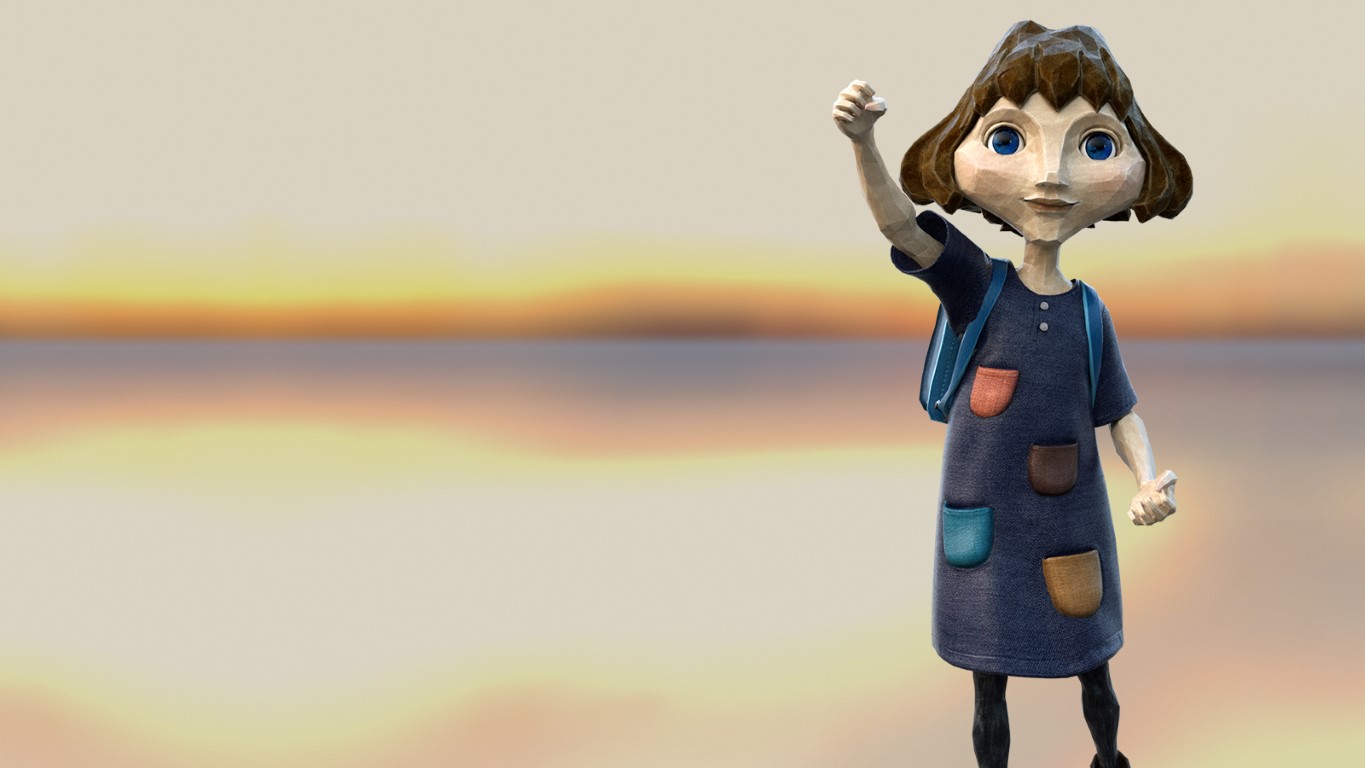 The Tomorrow Children is one-part resource gathering management, one-part city building and three parts social experiment about if strangers will work together for the greater good to help restore towns in the void, or help themselves and potentially hold back the towns progress.

In The Tomorrow Children the world was almost destroyed and you find yourself in a world known as the void. This large white area has structures popping out of the ground, man-made and natural.  These structures are all grouped together and separated from other groups by a foggy area of the void where venturing there on foot will result in sinking to your death.

As such there is a great state run transport system you can use to go and do some manual labour to contribute to the greater good.  This is generally done via resource gathering which is used to sustain the town, construct new facilities and repair buildings after an attack by an Izverg.  The Izverg are big monsters that can attack and decimate your town if it is not prepared with armed citizens and turrets. With these monsters comes the immediacy and importance of the resource gathering. It is less about mulling around doing what you want and more about making your town strong and sustainable as quickly as possible to endure and hopefully repel attacks while ensuring power, food and other resources do not fall scarce, until the entire town meets its requirements to be a fully restored town. 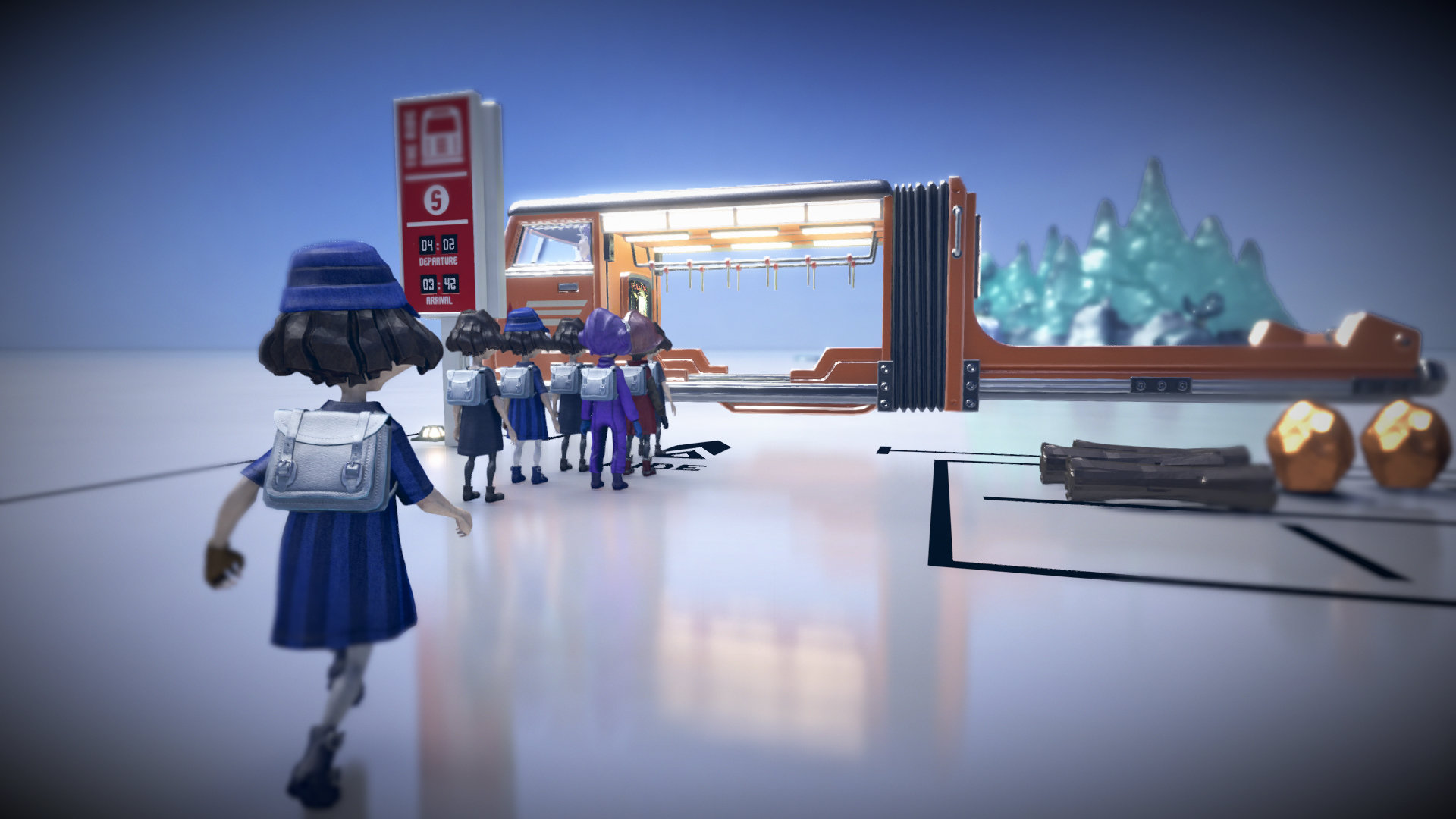 There are some obvious parallels to be made here with other games. The mining actions are very reminiscent of Minecraft plus the way resources appear and can be collected reminded me a lot of No Man’s Sky, but when playing The Tomorrow Children, I almost feel like it is the third stage in that evolution.  Minecraft had a great gameplay loop, but was ultimately pointless which was kind of the point and No Man’s Sky had a thread of a story but also fell back on a fun addictive gameplay loop.  The Tomorrow Children relies on the story to give a point and then the immediacy of needed to make your town sustainable faster so you have less work post attack.

Visually it is a very striking game.  The void mostly consists of a base of greys and whites including most rocks and the citizens, with the trees, minerals, clothing and buildings standing out in bolder colours in contrast.  With a very strong Soviet and cliché socialism vibe the charming aesthetic of the game cannot be understated. Added to the visuals is the vibe from officials like the police, the leader who speaks through the TV, telling you to do your work, to be a good worker and to contribute to the greater good. 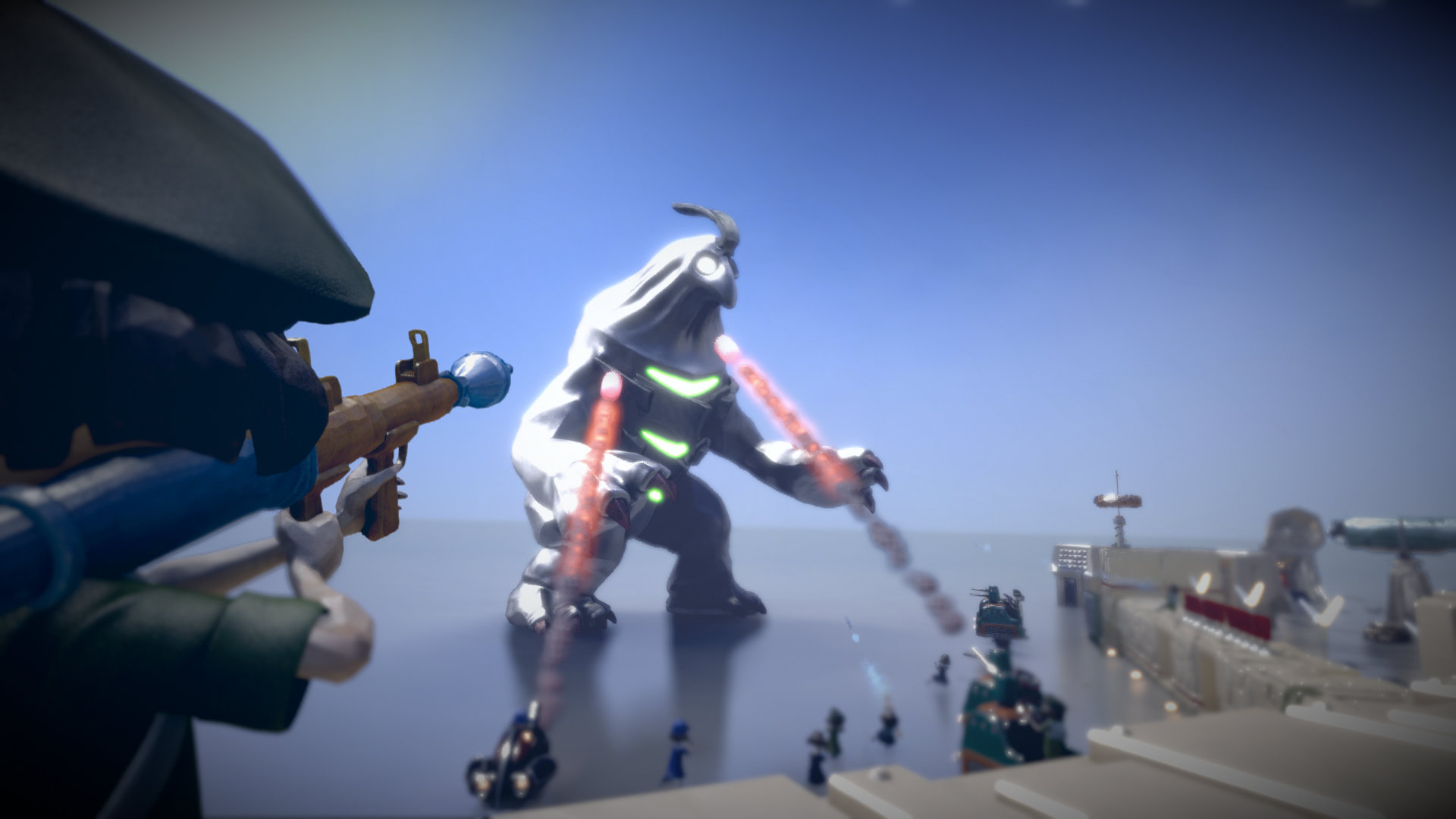 You can communicate with other players through expressions and that is it, so the main point is seeing if people will work together for the sake of working together and for the betterment of the town.  This is most explicit in the resource gathering, where you catch the transport to areas to collect resources, which then get loaded on the transport and gets dumped at the town.  Once it has been dumped it needs to be moved to the respective repositories depending on what the resource is and this last step is what is most profitable for each individual.  I was quickly expecting to see people just waiting there to benefit themselves, but surprisingly most people worked as you would hope, by moving from one job to the other both benefiting the town and their experience on the whole.

The whole concept and the way it is implemented is quite well done. My major issue with The Tomorrow Children really is the scale; the mining areas are small, the towns are quite small and as such I felt like the excitement of exploration was over too quickly.  That is not to say the game is not fun, because it is.  It is clever and protecting the town from the Izverg is also very interesting.  Travelling to different towns is easy enough too, I just keep feeling no matter where I am, it is in a small isolated area and I cannot help but think it could have been so much better if it was bigger.