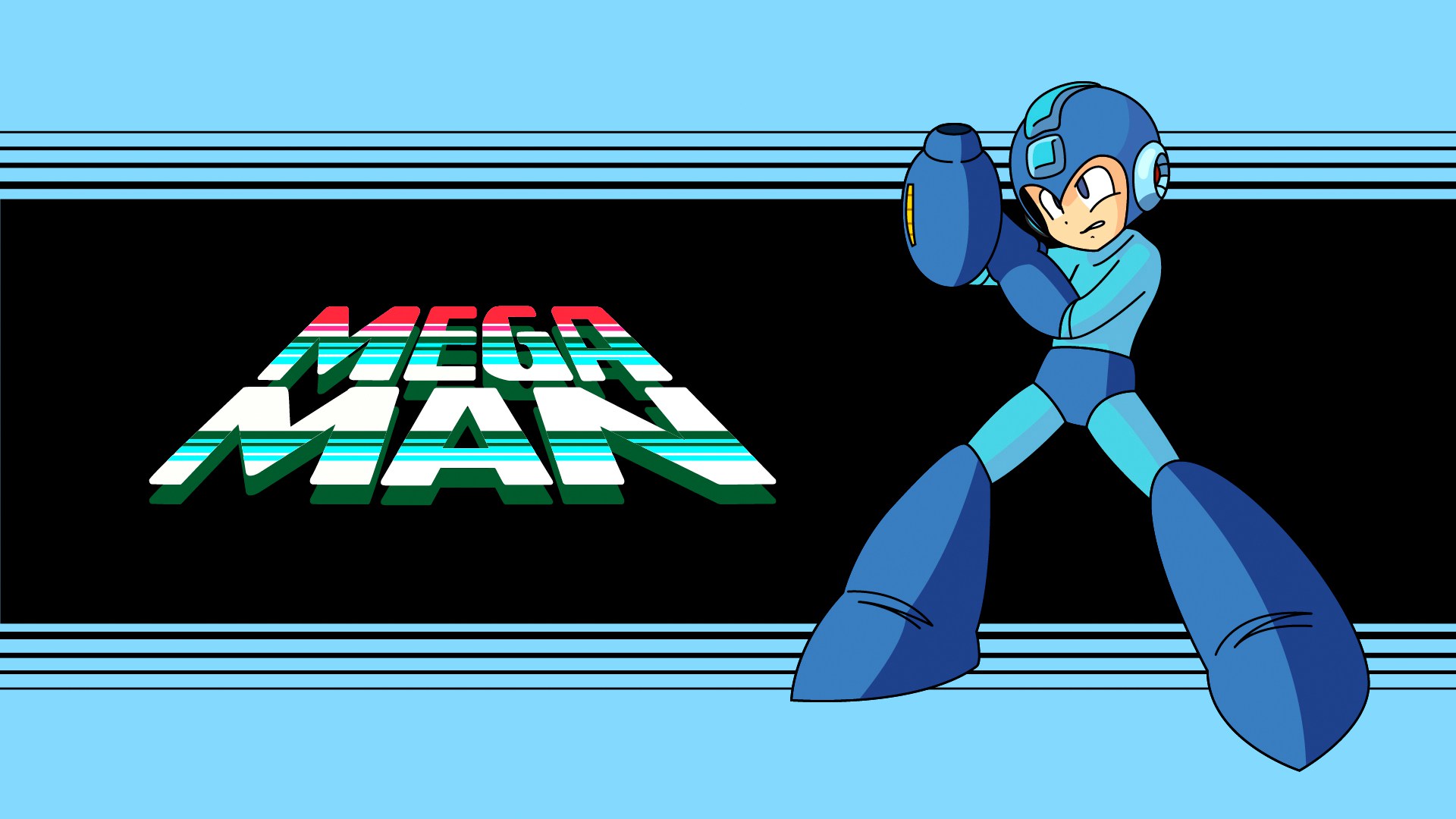 Mega Man is one of the most iconic series in the gaming landscape, and for good reason. Over 20 years of history, with games that are still beloved and playable to this day, it’s no real surprise that the name is so recognisable. To someone like myself who has never actually played a Mega Man game though, the Mega Man X series was something I knew nothing of, so when given the chance to see what this series is like through 2018 eyes was a challenge I was eager to jump at.

For those who like me are uninitiated to the series, Mega Man X doesn’t follow the original character, but instead follows a new character named X. X was built much more advanced with a freer mind, as well as morality, but more advanced androids were created called Reploids. With these ones having free will, some went rogue, leaving them needing to be hunted down. X and another hunter Zero are sent to destroy them.

The story does get more advanced as the series progresses, but through 2018, it’s another generic story that I quickly didn’t care for, what I did care for was the gameplay. Said gameplay is so good, at the start anyway. 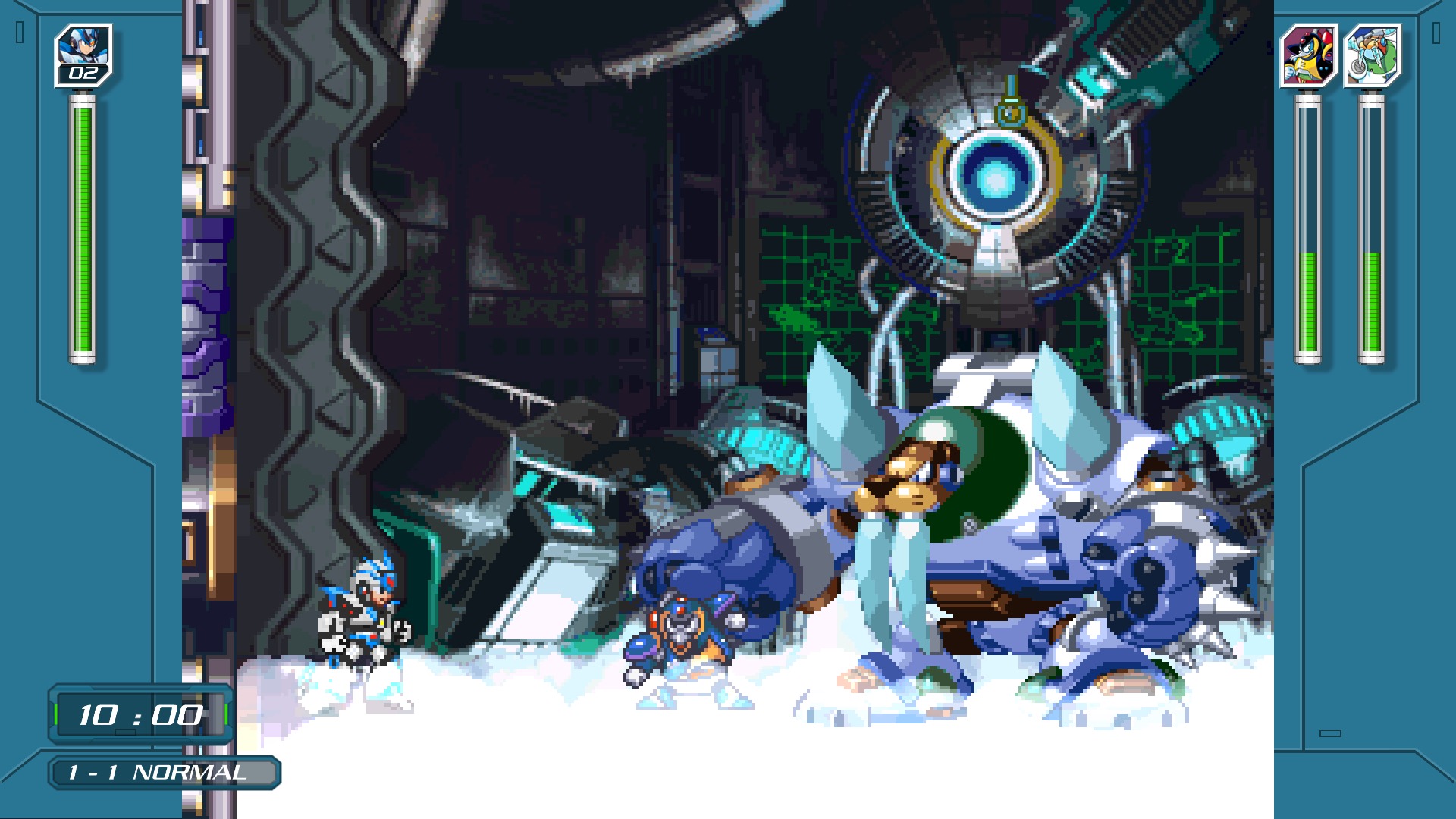 The collection is split into two with the first containing Mega Man X through X4, and these games surprisingly stand up. When I started playing X I could have easily been convinced that this 25-year-old game was an indie game made recently, if not for the aspect ratio. The gameplay which has your platforming and wall jumping your way through levels is simple, but still works so well. Movement and action doesn’t move slowly like you may expect from a game this old, it genuinely felt like a great 2018 indie game.

This feeling of a simple, fun and beautiful games carries on throughout the first four games (a.k.a. Collection 1). Each of these games progressively get more detailed, and better in every way with beautiful pixel art that has aged beautifully. Admittedly I stopped caring about the story quickly, but that’s only because it was an unnecessary delay from more of that sweet, sweet gameplay.

The Mega Man X Level loop itself that I built so much affection towards is not dissimilar to the classic Mega Man style whereby once you get through the start, you then choose which Level and boss you will take on next. Beating a Level then faces you with the boss and ability to claim their powers. It’s a simple, fun, and engaging loop that allows you to sink into a one more try mentality far too easily. 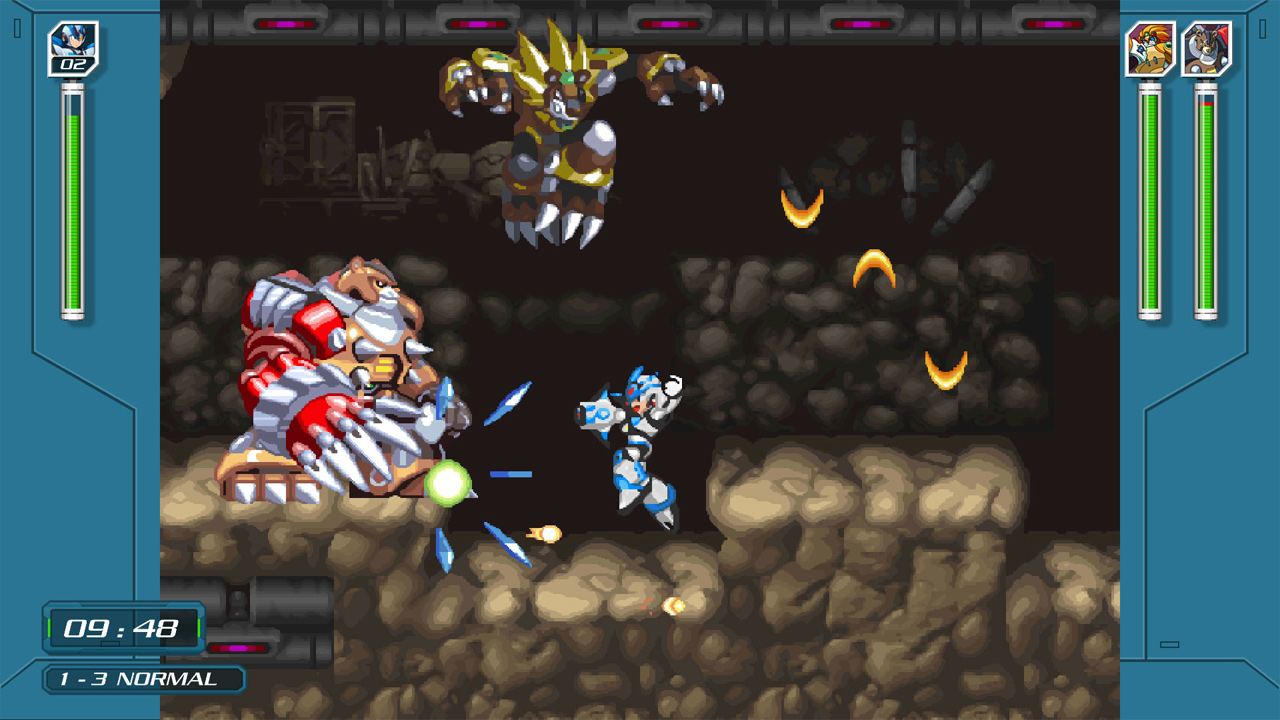 The gameplay itself has you jumping, wall jumping, and shooting around the platforms. The wall jumping is key to the games because it makes the game feel more energetic. Later games even let you start to play as Zero where you can switch the blaster for a sword, which can be harder or easier depending on which enemies you are trying to kill at any given time.

So that’s the first collection, the second starts off with a hiss and a bang, but becomes brutally average, quickly. Mega Man X5 and X6, like the first four titles, is a more detailed advancement of the series. They look gorgeous but for the most part, it’s more Mega Man X. At this point, if you are spending hours playing the series back to back then it starts to get a bit samey, along comes Mega Man X7.

Mega Man X7 takes the series to the world of 3D action, and after an hour of frustration and annoyance I was out. It’s bad 3D action, there not much more to say. Dreading what might come of Mega Man X8, I was delighted to discover its art sits in that sweet spot of chunky 3D graphics, that looks charming and fun. More importantly than that though, it takes the game to 2.5D meaning it’s the classic Mega Man X gameplay again, with some twists and turns. 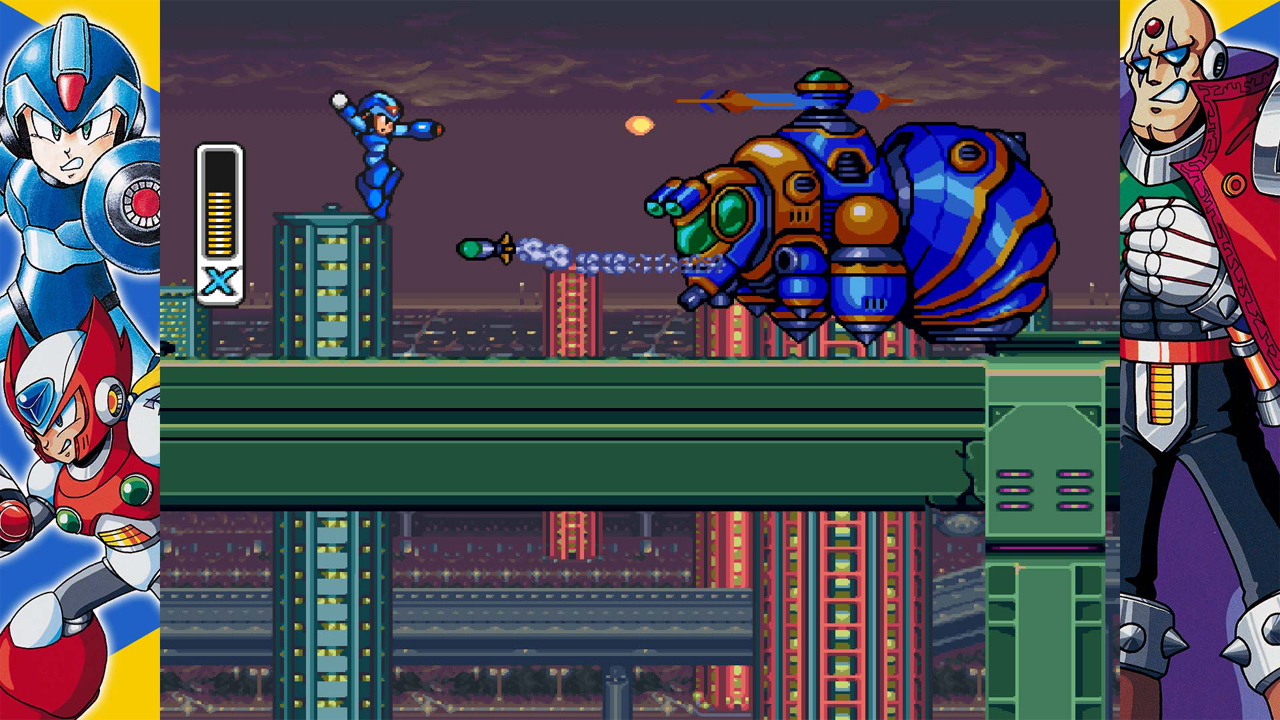 The collection of course comes with an art gallery in each one, which is always fun to look through when appreciating a historic series, and more importantly a boss rush mode called challenge mode. This mode lets you fight bosses from across the series, and since that’s 80% of the fun of these games, it’s a sweet way to finish of your time with the games.

As someone with no experience of the series, even I was surprised to find out how much I enjoyed the games. The first six are great side scrolling action with beautiful pixel art, and the eighth is a fun mix of the classic gameplay with a 2.5D spin. Don’t play X7 however and your life will be more complete.