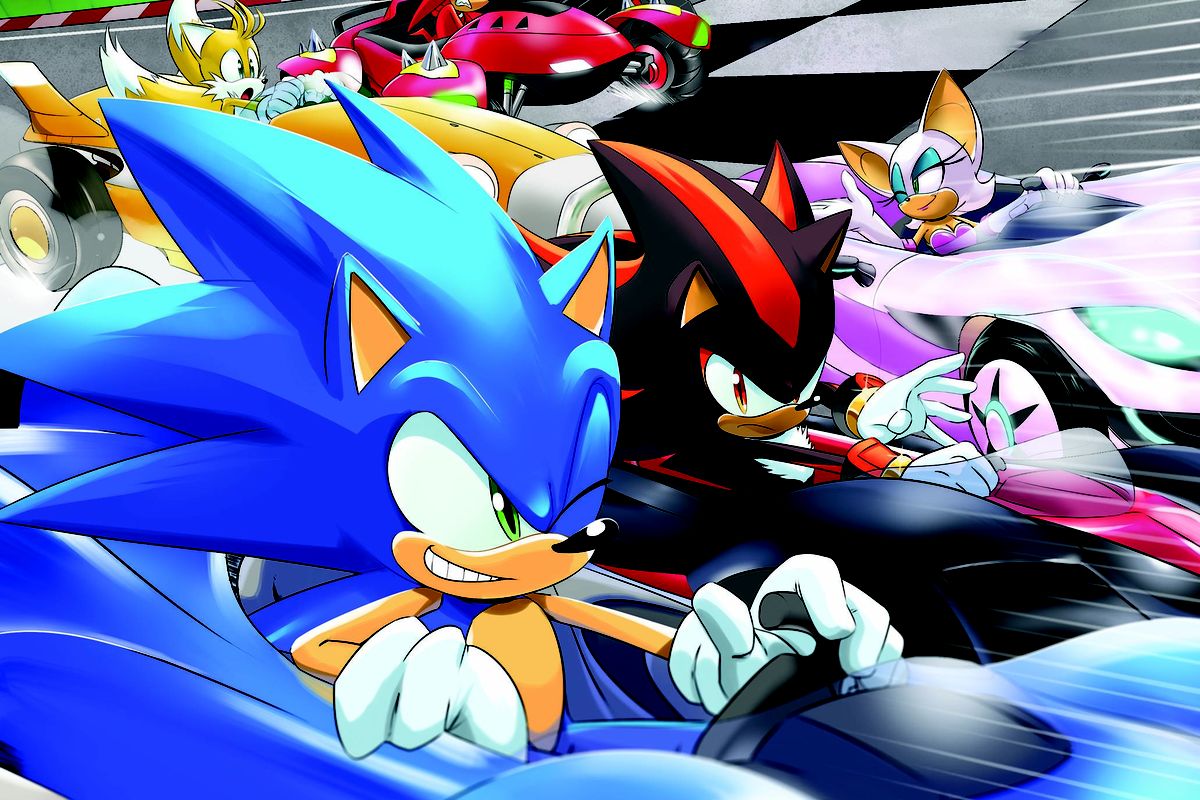 One of the main highlights of the panel was the reveal of the first full episode of Team Sonic Racing Overdrive, a two-part series developed by Tyson Hesse and Neko Productions that takes on a similar animation style as the popular Sonic Mania Adventures web series. The first episode will feature Team Sonic, Team Rose and Team Dark as they face off at Wisp Circuit.

The SXSW panel also revealed a sneak peek at the customisation elements available in Team Sonic Racing as well as playful music from the game’s Bingo Party racetrack. On top of that, attendees experienced a vibrant remixed song from the critically acclaimed 2018 Animation, “Sonic Mania Adventures”, by Tee Lopes.

You can check out the best ways to customise your ride for the upcoming Team Sonic Racing in this new spotlight episode featuring Sonic Series Producer Takashi Iizuka. Explore the customisation menu to get a peek at how to obtain and use mod pods, power-ups and other personalisation options like paint job alterations, new vehicle skins and custom horns. By earning in-game credits, players can venture to the garage to unlock parts for the front of their car, the rear or the wheels, allowing for alterations to the vehicle’s performance and handling.

SEGA has released another upbeat anthem for Team Sonic Racing by Sonic Series Composer, Jun Senoue with Japanese electronic music artist, TORIENA. Set to the racer’s “Bingo Party” map, this song is what winning sounds like.

To close the panel, Takashi Iizuka confirmed that Sonic Team had begun production on the next major Sonic the Hedgehog title.

Developed by award-winning studio Sumo Digital, Team Sonic Racing is the ultimate arcade and fast-paced competitive style racing experience, featuring your favourite characters and environments from across the Sonic Universe. Race together and win together in online multiplayer or local co-op mode utilising the dynamic team mechanics and vehicle customisation features to dash across the finish line. Team Sonic Racing is set to release on 21st of May 2019 on Sony PlayStation 4, Microsoft Xbox One and Nintendo Switch.