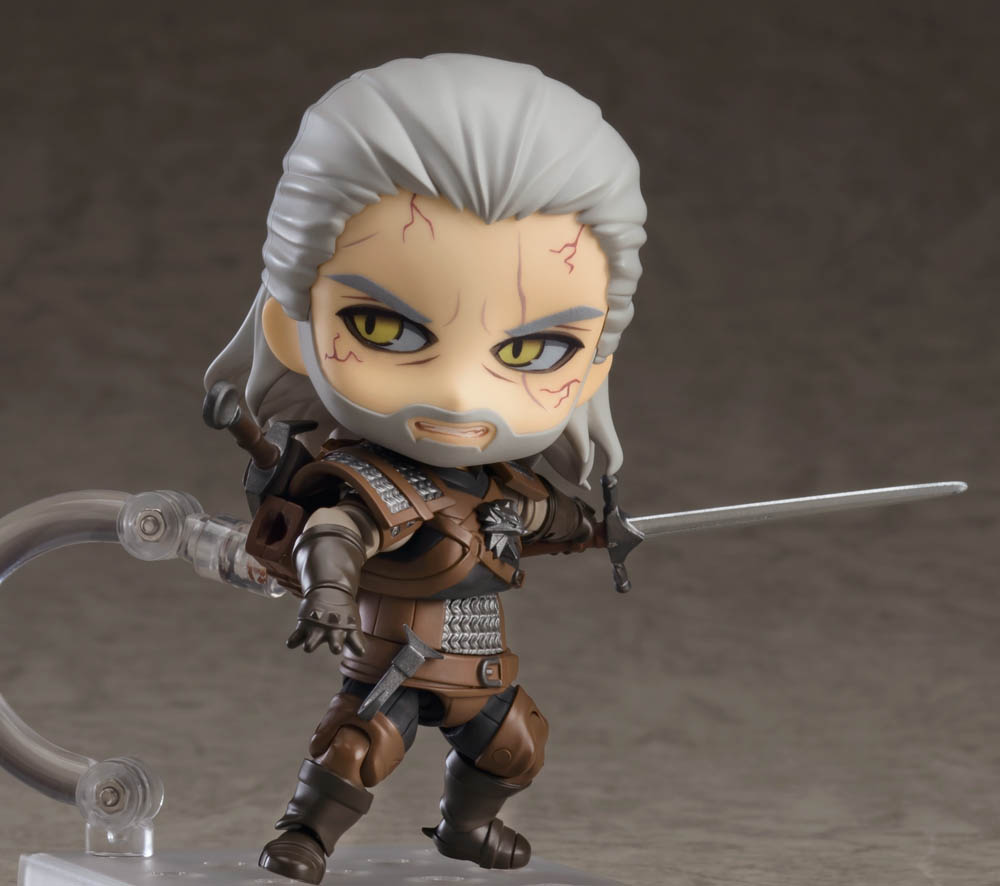 The Nendoroid of Geralt of Rivia is back for a re-release.

From the globally acclaimed open world RPG “The Witcher 3: Wild Hunt” comes a re-release of the Nendoroid of the White Wolf, Geralt of Rivia. 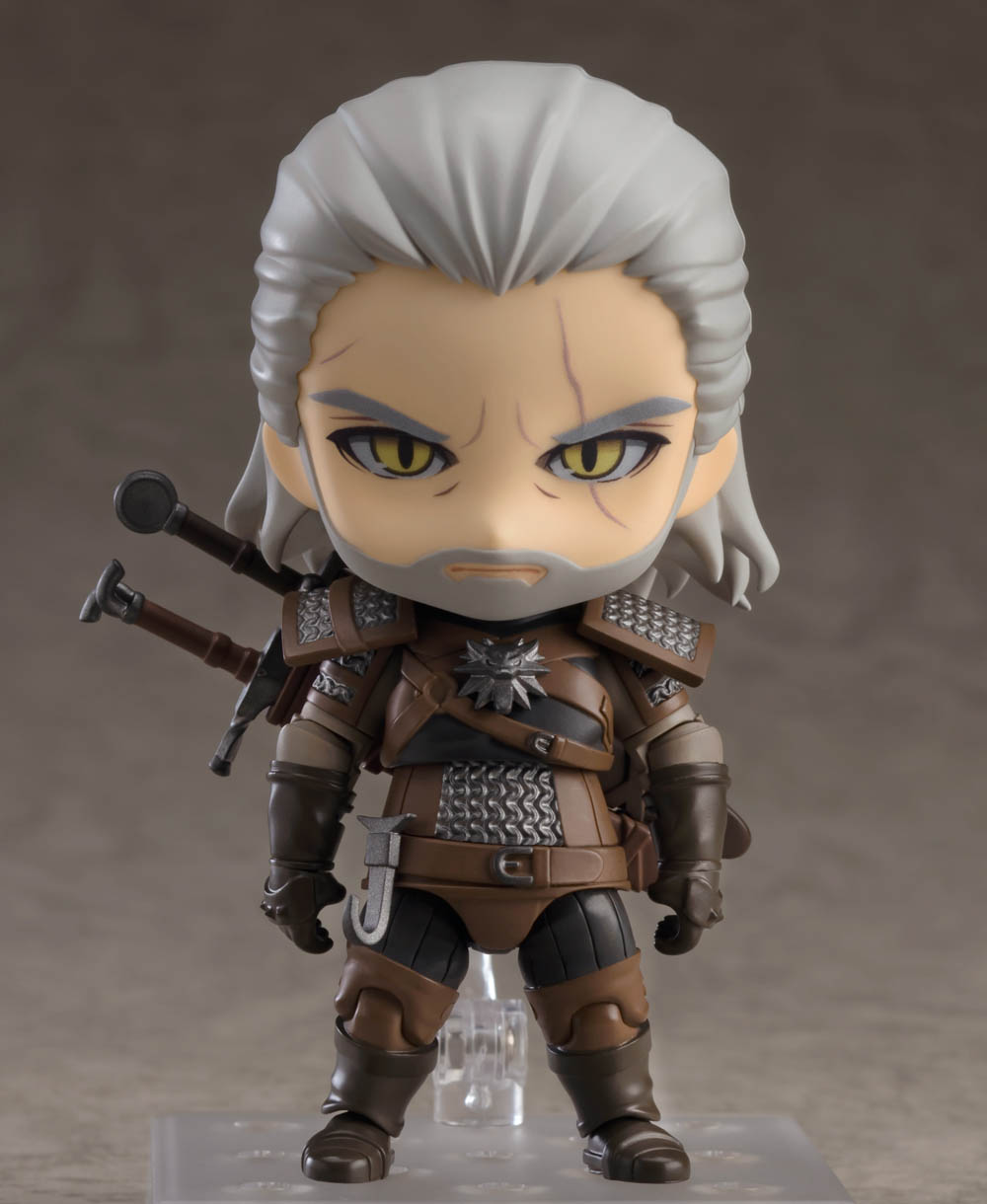 The Nendoroid is fully articulated allowing you to easily pose him in combat scenes, and he comes with both his steel and silver swords which can both be equipped to suit the situation. A hand of Gwent cards is also included to display him enjoying a round of the mini-game from the series.

Along with his standard serious face plate, he also comes with an interchangeable face plate that captures the veins along his face when he overdoses on decoctions and potions. 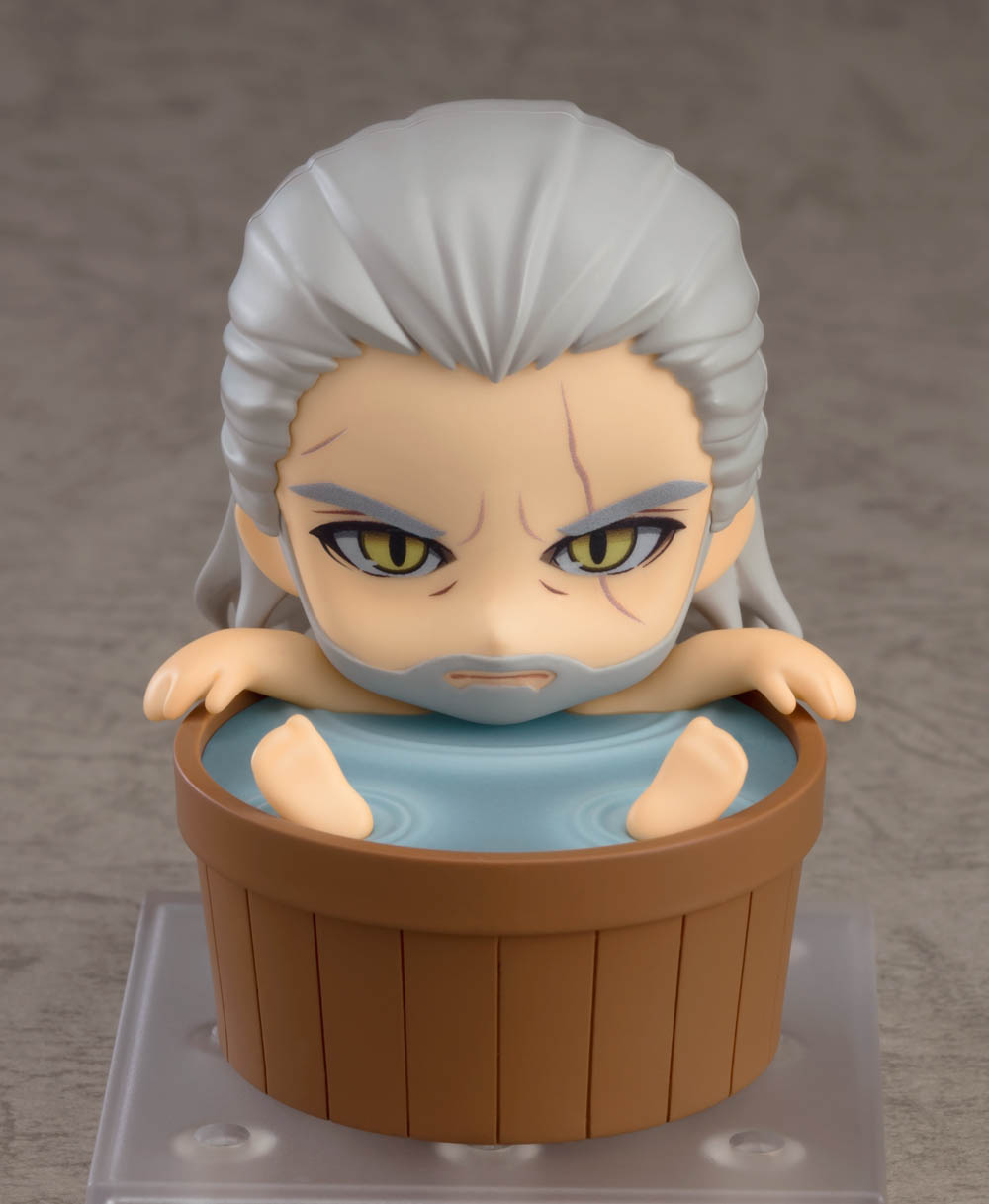 In addition, the iconic bathing scene at the start of the game can also be recreated with the included
bath parts. Recreate all sorts of scenes from the world of the Witcher in adorable Nendoroid size.

As the two are bound by fate, it was only a matter of time until Yennefer of Vengerberg also joined the Nendoroid series. The unpainted prototype of Nendoroid Yennefer was revealed at Wonder Festival 2020 (Winter) in Japan on February 9th, 2020 (JST).

Nendoroid Geralt is now available for preorder at the GOODSMILE ONLINE SHOP and at participating retailers.