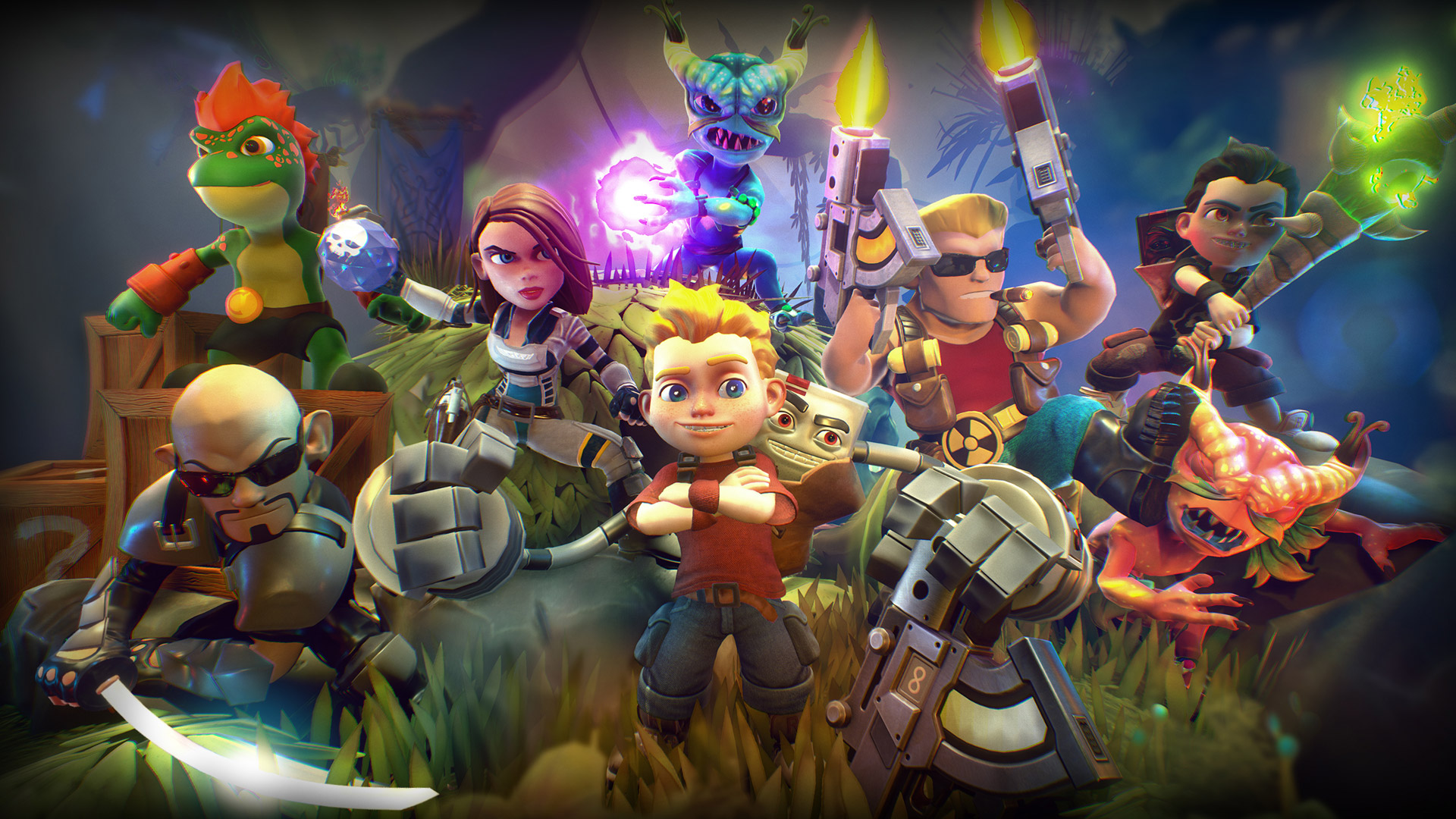 If there was ever a game made for Switch, Rad Rogers is definitely one of them!

First reviewed a few months back, Rad Rogers is a love letter to the 90’s platformers and a retake on a game of that era.

Without rehashing the past review already here on STG I’ll just simplify what Rad Rogers is; a 2.5 D side scroll platform adventure game, where you as Roger, a kid who loves video games, is sucked in to a video game world.

Helped by his pal, a video game console called Dusty, who is strapped to his back and full of wise cracks and one liners, Roger must both save and escape the gaming world and get back to his own. To do this he must overcome in-Level puzzles, shoot up baddies and collect pieces of a medallion for each Level. Then there’s hats. a lot of hats. These are not always easy to collect – they don’t offer anything other than a bit of fun. 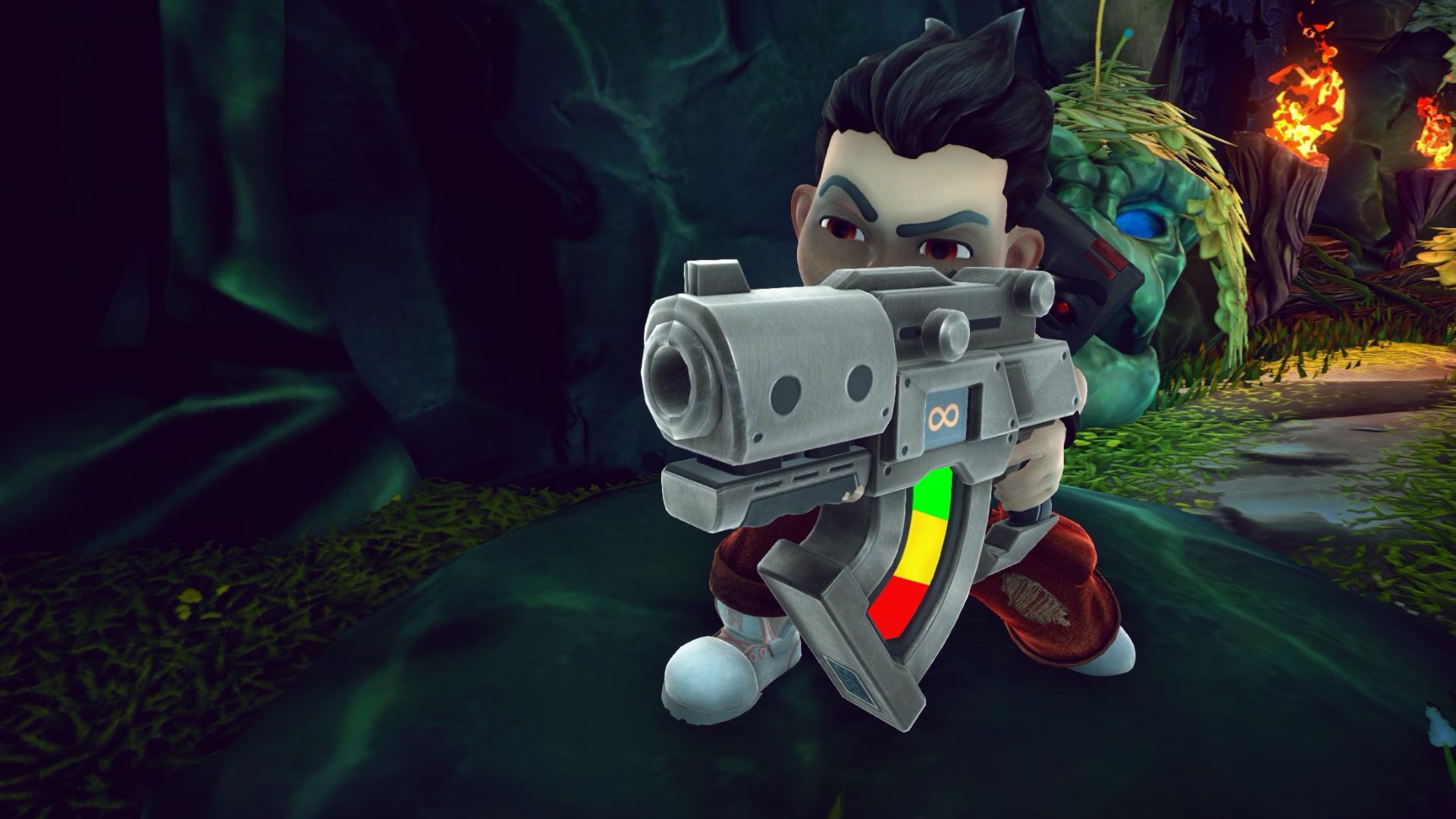 Now, Rad Rogers has been re-released and perhaps is now the game that developers Slipgate Studios and 3D Realms had always aimed for it to be.

Rad Rogers – Radical Edition includes a new character roster. If being a kid in a big bad video gaming world isn’t really your thing, then take on the perilous adventure as Duke Nukem, Inhabitant, Lo Wang, Cosmo, Evil Dead (Ash) and other iconic action game heroes which all have a special skill. In all there are five new playable characters added to the game, Roger and Inhabitant are selectable right off the bat and the rest either discoverable throughout the Levels or unlockable by completing differing objectives throughout game play.

Each one of the Levels is really indepth, a decent amount of game time per Level and you will of course want to go back and collect up each collectible if you are a completest (like me). You are scored, old skool style, at the conclusion of each Level – including the time it took you to blast your way through a Level. 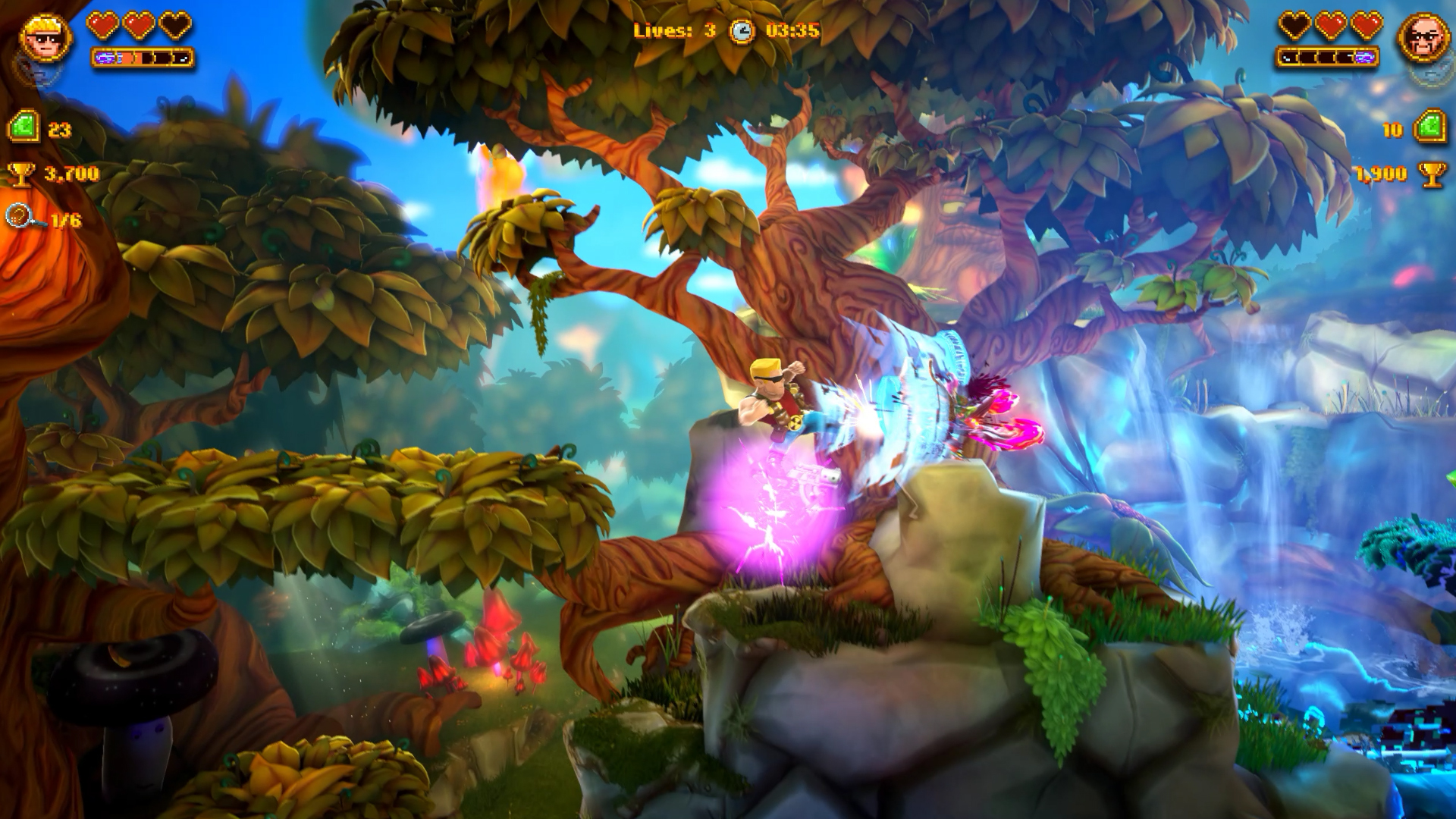 Rad Rogers is a fantastic title for portable aswell as home based console. For those that had already picked up Rad Rogers, you will get a free upgrade to the Radical Edition.

I can also see Rad Rogers as being right at home on mobile.

Tricky and at times intense, Rad Rogers – Radical Edition is an explosion of 90’s goodness fused with an overdose of modern day eye candy and gameplay.

Be rad, and own this one.