The follow up to the UK iTunes #1 Sia penned What The Future Holds is Something In Your Eyes. The track premiered on Zoe Ball’s BBC Radio 2 Breakfast show yesterday and is now available on all streaming platforms.

With What The Future Holds representing the future for Steps, Something In Your Eyes, gleefully celebrates the past via a classic, ABBA-esque chorus, a joyous key change and a brilliantly unexpected staggered outro.

Speaking of Something In Your Eyes, the five-piece added: “It’s so much fun and is a nod to old Steps. You can’t help but sing along and feel uplifted by it. Something In Your Eyes is the perfect follow up to What The Future Holds and we can’t wait for everyone to hear it and perform it on tour next year”.

Steps returned last month to a rapturous response, scoring three #1’s on iTunes and trending on Twitter in the week following the announcement of their new album, arena tour and the release of their single What The Future Holds. Fans around the world quickly cited their return as “Steps coming back to save 2020!”. Steps revealed their 6th album, What The Future Holds, will come out November 27th 2020 and be released via BMG.

Earlier this month they revealed another taster of the album with the launch of Under My Skin. The track is an instant grat and can be downloaded immediately when fans preorder the album on iTunes. Under My Skin is also available to stream on all digital platforms and can be listened to here. 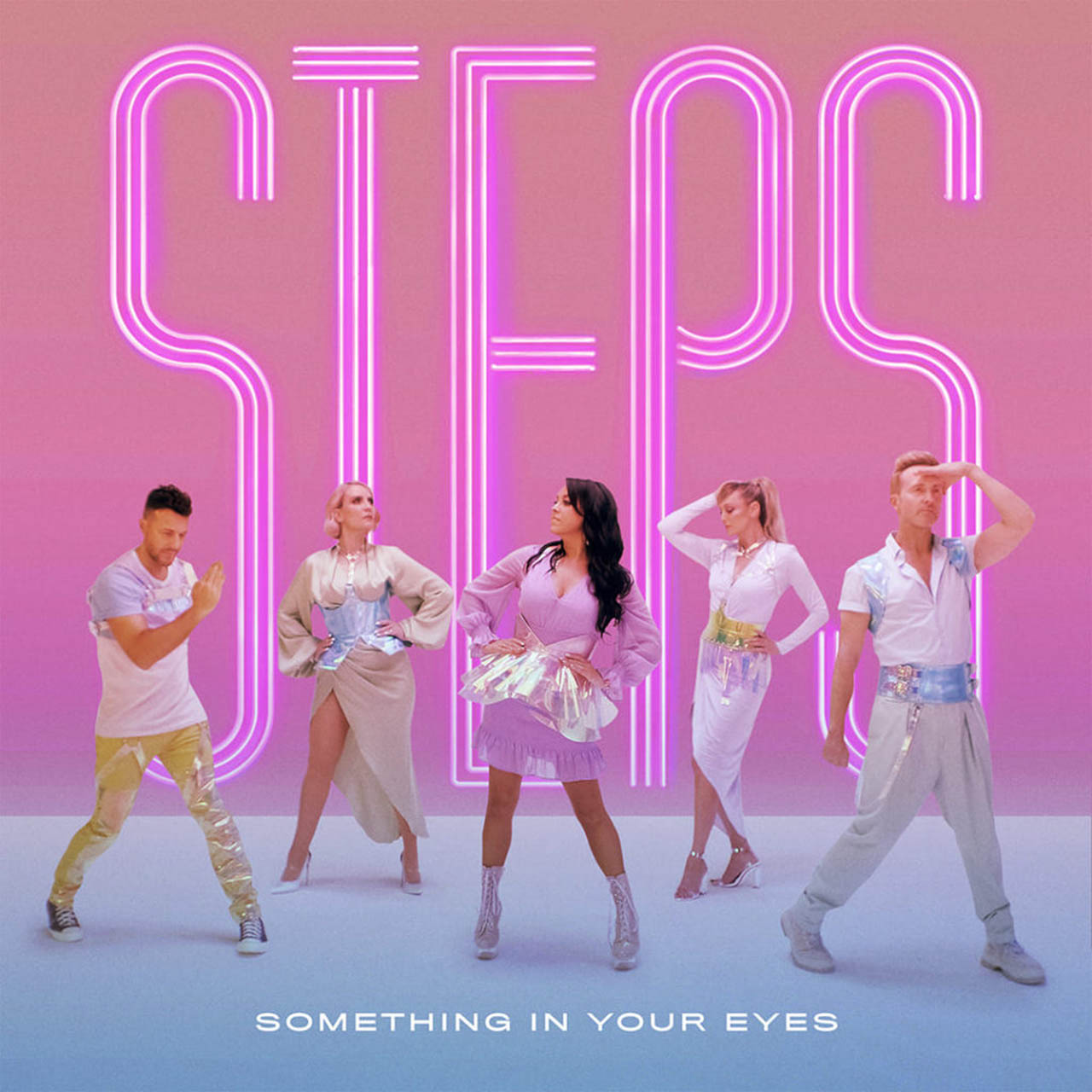 Steps have also announced their sure-to-be epic What The Future Holds 2021 Tour headlining 14 arena shows across the UK including The O2 in London. Steps will be joined on the tour by the brilliant Sophie Ellis-Bextor as special guest.

Launching during the halcyon days of pop in 1997 with their line-dancing classic 5,6,7,8, Brit award winners Steps set about re-turfing the music landscape via 14 UK top 10 singles and three multi-platinum albums in three years including #1’s Tragedy and Stomp. Fast forward twenty years, the band returned with the mighty Tears On The Dancefloor, which hit #1 on the physical and iTunes album charts and went Gold within a matter of weeks, becoming the second biggest-selling independent album of 2017 behind Stormzy. Their subsequent ‘Party On The Dancefloor’ tour saw the band sell out twenty-two arenas.

23 years on from their debut, 2020 sees them return with What The Future Holds.