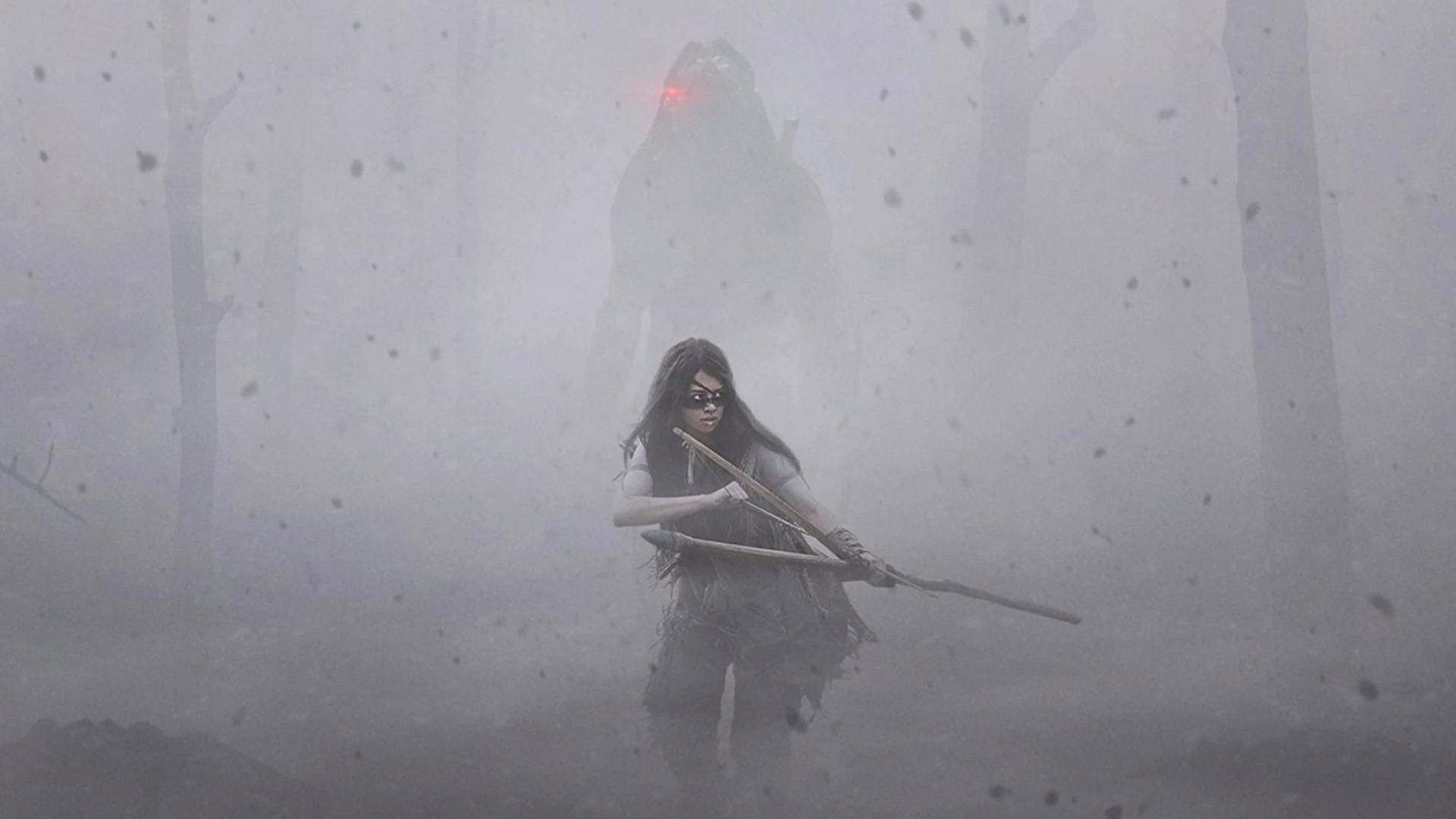 This fifth film in the franchise that was kicked off by the 1987 Arnold Schwarzenegger vehicle, Predator, serves as a prequel of sorts. Set in 1717, the film follows a Native American woman, Naru, and her tribe’s encounter with a Predator.

The movie starts by introducing Naru as a skilled warrior, but one that everyone feels should know her place as a woman, making food rather than hunting. It’s on one of her hunts with her dog, Sarii that Naru spots a fiery glow in the sky. Seeing it as a sign she returns to her people believing it is time for her right of passage, to hunt that which hunts her, a mountain lion in the area. 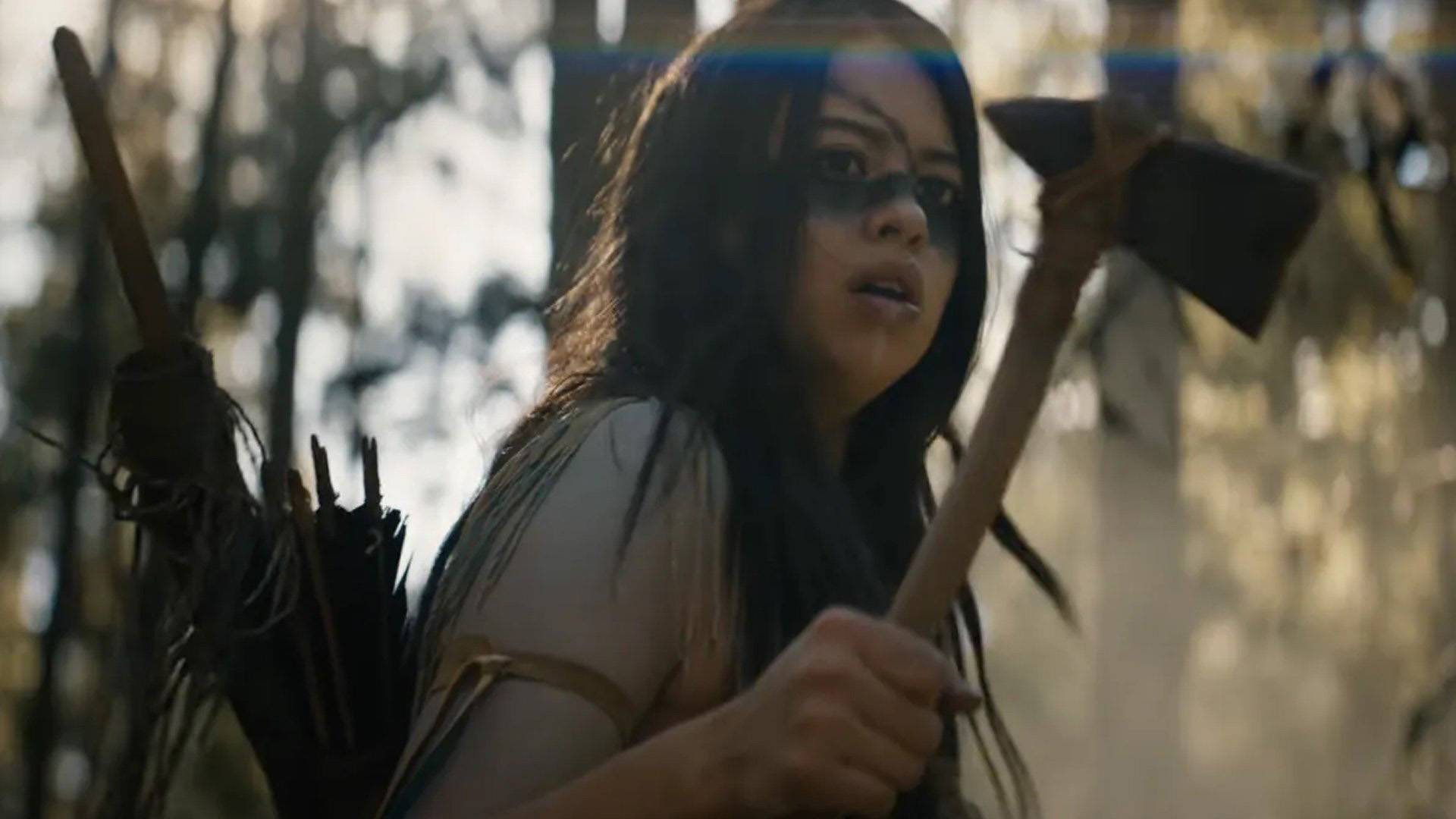 The film does a good job of establishing Naru as a very adept warrior. We see that she is dedicated and has been clandestinely honing her skills for some time. Her skill with an axe and its upgrade with the addition of a twine leash is the solution to hunting rabbits too fast for her axe alone. Naru is no Mary Sue.

The fire in the sky that Naru saw was, of course, a Predator ship dropping off a lone hunter. The movie draws upon the established Predator M.O. of alien creatures hunting for sport and trophies. We see the Predator looking for a worthy adversary, attacking a wolf and a bear before becoming aware of humans.  But it’s like this Predator is a less evolved creature than we’ve seen before, its head covering, for instance, is more like a bony carapace than a helmet (although still has the iconic targeting system). The creature also fires projectiles rather than laser beams. It can still turn invisible, though, and carries a lethal-enough arsenal even if it is of a lower tech level. 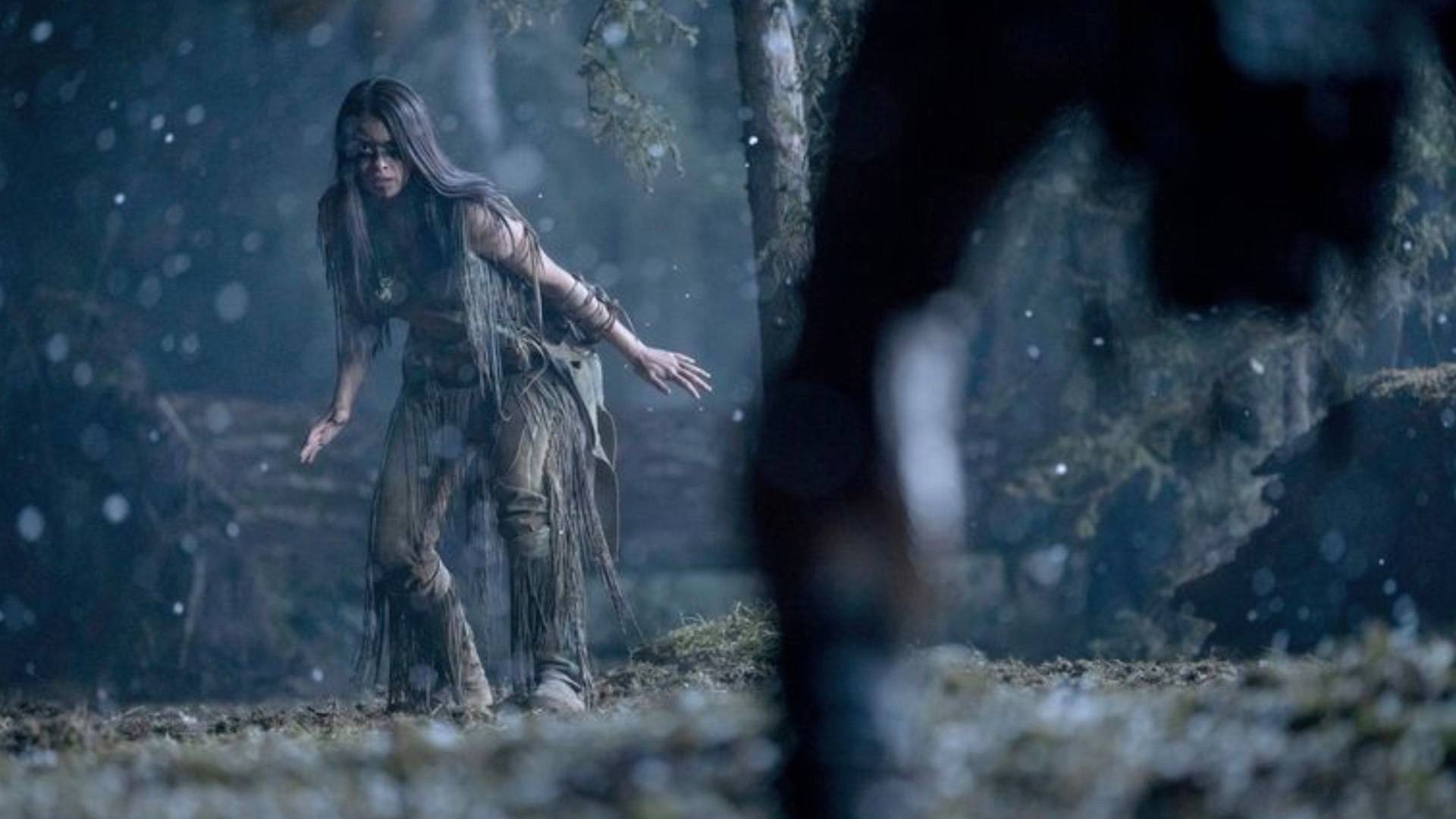 Whilst it seems that this particular Predator is a bit green, the creature is still an efficient killing machine and the movie does not shy away from the blood and gut of its forebears. Heads are lopped, limbs are torn asunder and bodies are turned into hamburger. It’s not for the squeamish. So, fans can rest assured that the House of Mouse has not softened things up at all.

The location also makes for a more cinematic affair than afforded your usual sci-fi action movie. The backdrop of the Great Plains gives the movie some breathtaking vistas. To be honest, it’s a genius idea to have a historical setting that feels so fresh as opposed to another alien on the loose in Downtown LA.

I’m no expert on Native American culture, but the movie serves as an interesting “what if?” with spears and arrows vs a hi-tech alien. The result is the sort of pure full-of-heart sci-fi action that I thought we’d left behind in the 1980s.

The cast really sells the story, Amber Midthunder’s Naru in particular, but also Dakota Beavers as Naru’s brother, Taabe. I liked how the language seamlessly switches from that of the Comanche people to English without being weird as it did come across to me in the trailer. The inclusion of French-speaking trappers as opposed to Americans avoids the awkward situation whereby the movie has two factions speaking English, for the sake of the audience, who can’t understand each other on screen.

I often find myself scouring streaming networks looking for overlooked sci-fi gems, of which there are many. Prey is going to be that movie for someone. It’s got everything that you’d want as a late-night bit of sci-fi. 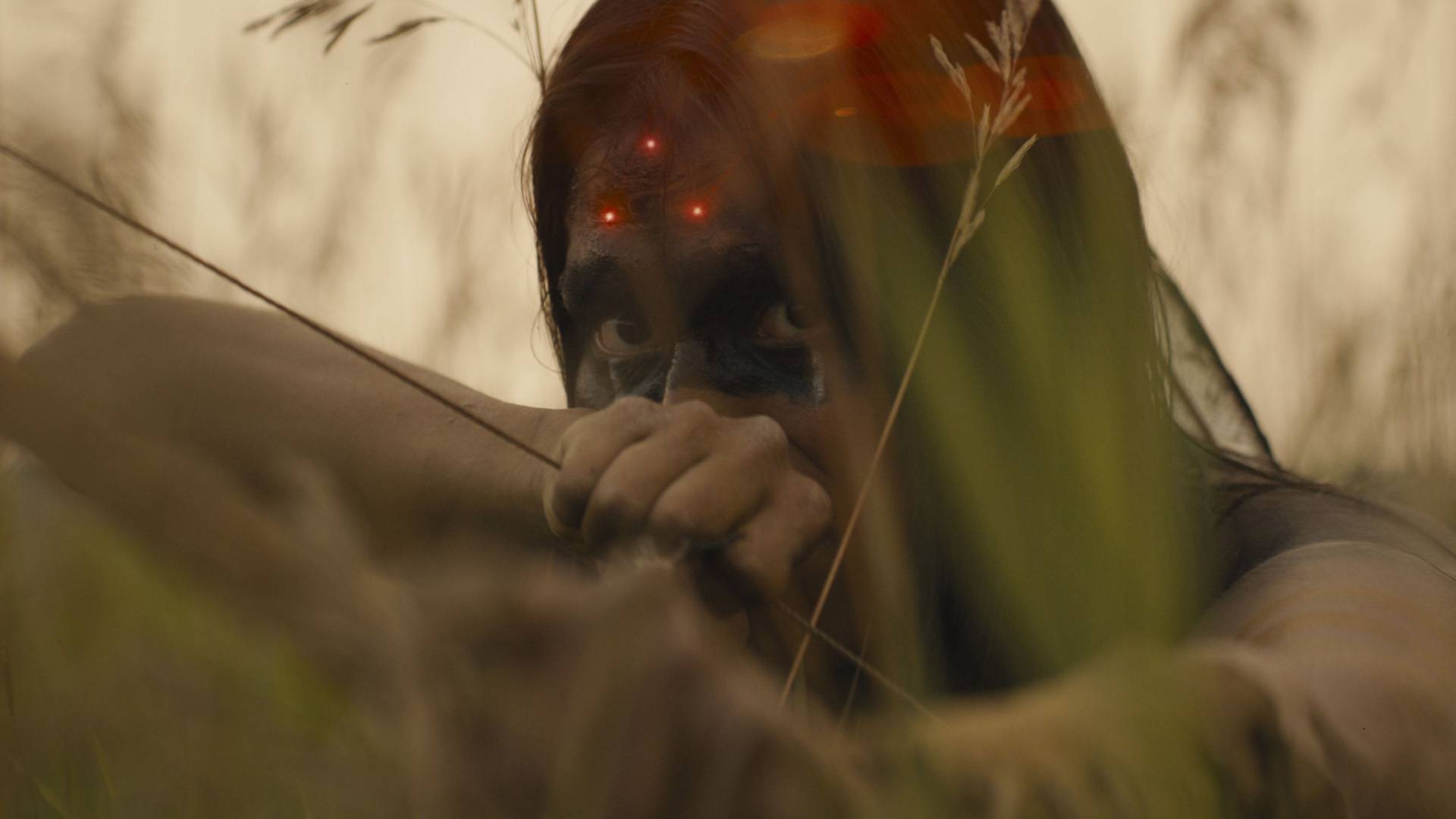 It’s a hard film for me to find fault with, having grown up feasting on this sort of movie. But I suppose that the plot is a bit on the predictable side. It does telegraph future events a few times in a rather unsubtle way. The Predator, as well, does come across as a bit too much of an amateur compared to those in the other films.

You are going to hear a lot of reviews saying that Prey deserves to be seen in a theatre. It’s clearly a movie made for the big screen, but instead, it finds itself, in Australia and New Zealand, arriving on Disney +. Whilst I was one of the lucky few to be invited to see Prey at the Sydney preview event on the big screen, I think it is still going to be a great movie for watching at home. A rare treat to watch such a great bit of sci-fi for the first time while relaxing on your sofa.

Prey is a refreshing new instalment in the Predator series. It’s different, but also opens up the idea of these alien hunters visiting Earth in the past in an intriguing manner that makes me hope for more of the same. 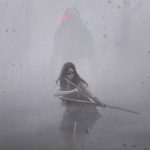