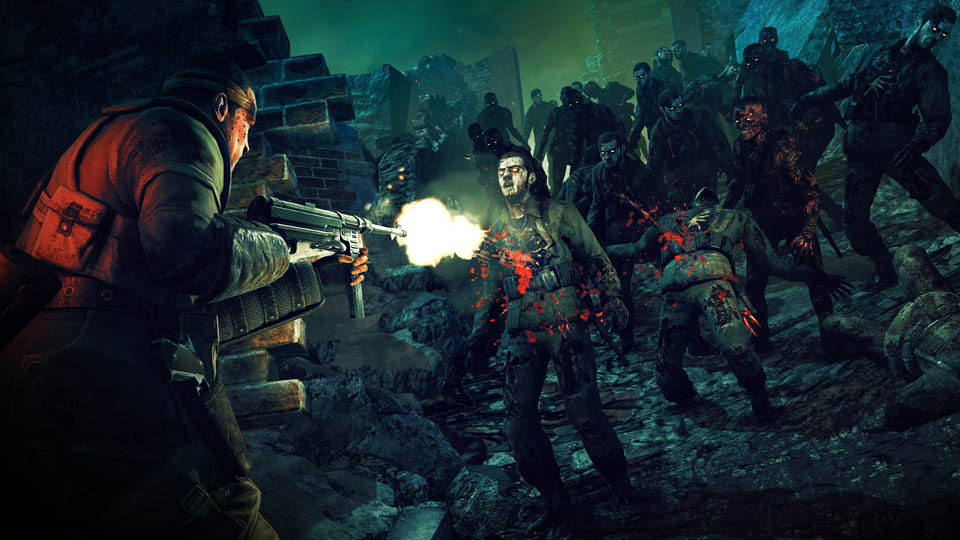 In case you missed one of the latest installments in the on-going trend of re-releasing games for the Xbox One, the Zombie Army Trilogy has risen from the grave once again, on a single disc for your next gen console.

If you’re like me, chances are you never heard of the Zombie Army games (let alone knew that it was a trilogy) prior to the updated version being released last month. Turns out that the games were each spin-offs from the Sniper Elite series – wherein the very serious gameplay got turned on it’s head a bit, and saw you traipsing through a B-movie interpretation of World War 2 Germany, tackling the Undead Nazi hoard. 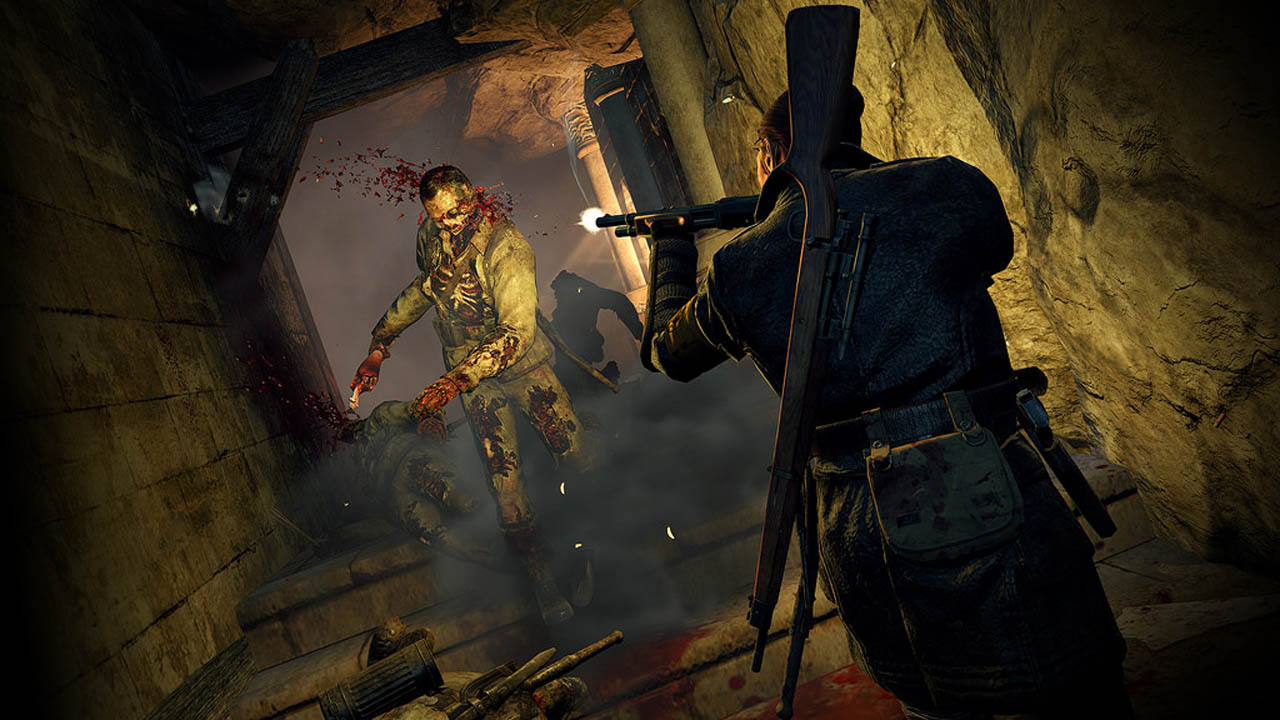 There’s not much more to it than that. There’s a very quickly glossed over story that we’re playing in a Universe where Hitler, knowing he was about to lose the war, unleashed a zombie horde on Europe. This sees you playing as a range of German characters, trying to rid the country of the zombie plague – which, if nothing else, is a nice change from the patriotic American characters we usually see in games as cheesy as these.

Zombie Army Trilogy seems perfectly fine to just point you roughly in the right direction, on the rails to your next objective, and hurl zombies at you. Sound repetitive? For the most part, it is.

You find yourself doing the same thing, on repeat, for most of the game. The objectives might change, but fundamentally, none of that matters.

And sure, some of the Scooby Doo-level spooky atmospheres are good for a laugh and kind of fun to wander through, but it’s not enough to flesh this game out to more than what it was – a collection of DLC that’s already too old. For the most part, this game looks bad and the gameplay doesn’t do much to save it.

One question you’re probably asking yourself is: why did a Sniper game do a zombie spin-off?

That’s a very good question, because unlike the stealth and technique involved in Sniper Elite (finding the perfect spot, getting there without being seen and blowing someone’s head off from a mile away), Zombie Army is pretty much centered around zombies shuffling at you from the middle distance. 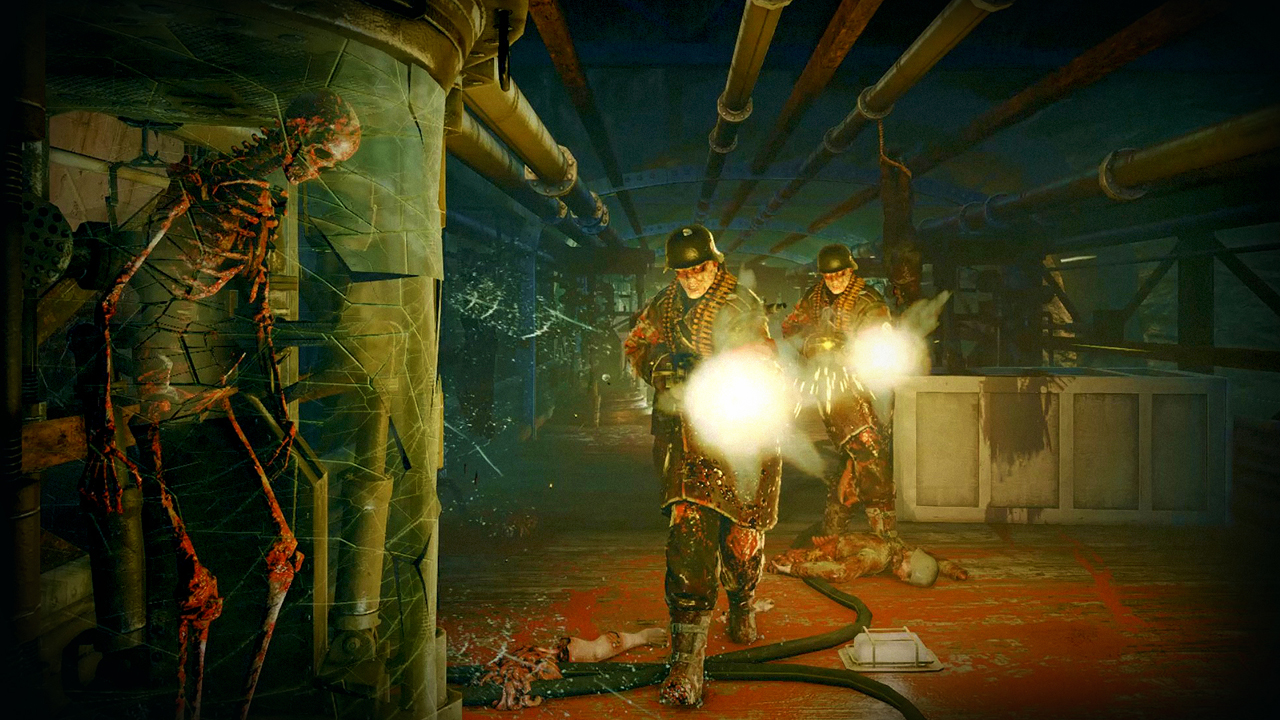 Your primary weapon is always a sniper rifle of some sort, and you find yourself constantly wanting to change to your shotgun (despite how awesome it is to watch a slow-mo clip of a zombie’s skull collapsing as you put a round through it).

Sniper Elite is a third person game that wasn’t without it flaws – the most noticeable of which was a pretty shoddy third person camera mechanic.

A lot of lower end third person games have this problem – an ethereal camera that doesn’t seem to be anchored to your player character at all. 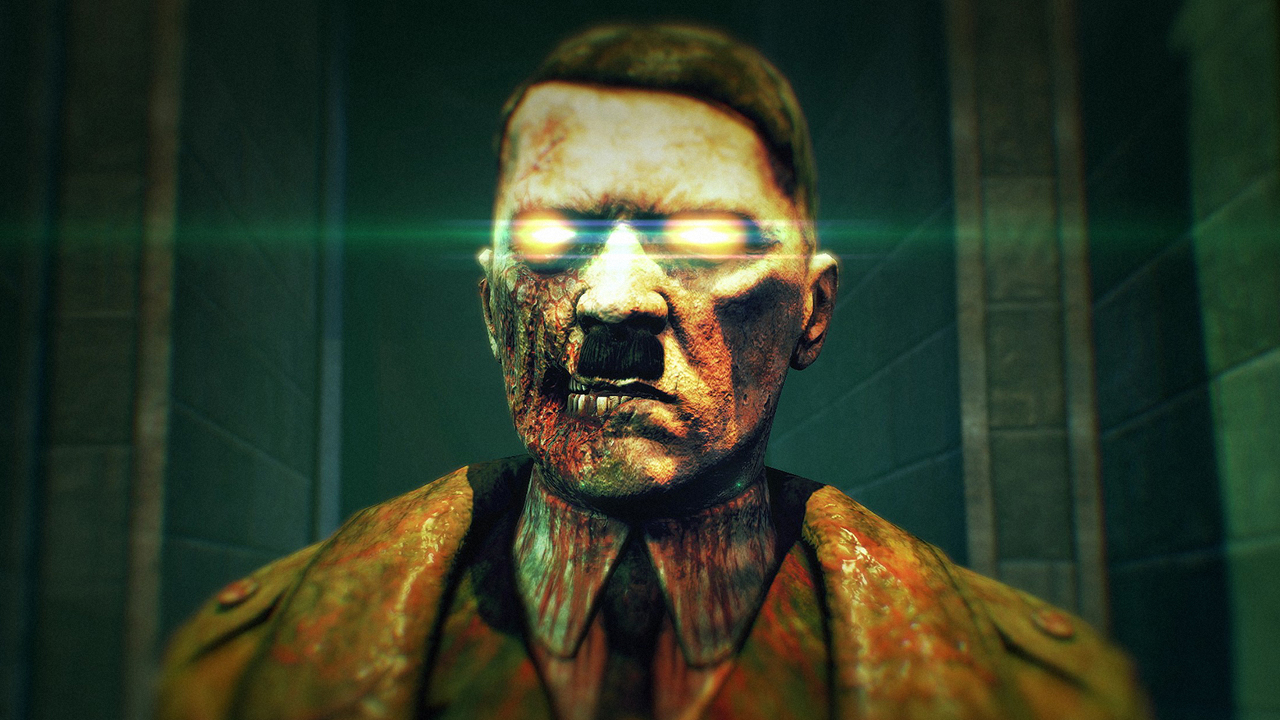 Gears of War had it right – when you turn around, give the camera half a second to catch up, as it would take you to re-aim in real life. Zombie Army suffers this same problem, and you can’t help but feel it might have been better as an FPS.

Zombie Army Trilogy is a game that manages to be OK in pretty much every way – not doing anything to make itself particularly playable or hate-able. The graphics are fine, gameplay works fine and there’s a couple of entertaining moments.

If you really like shooting zombies, or you’re bored with your Xbox One in the current lull of new games, check it out.