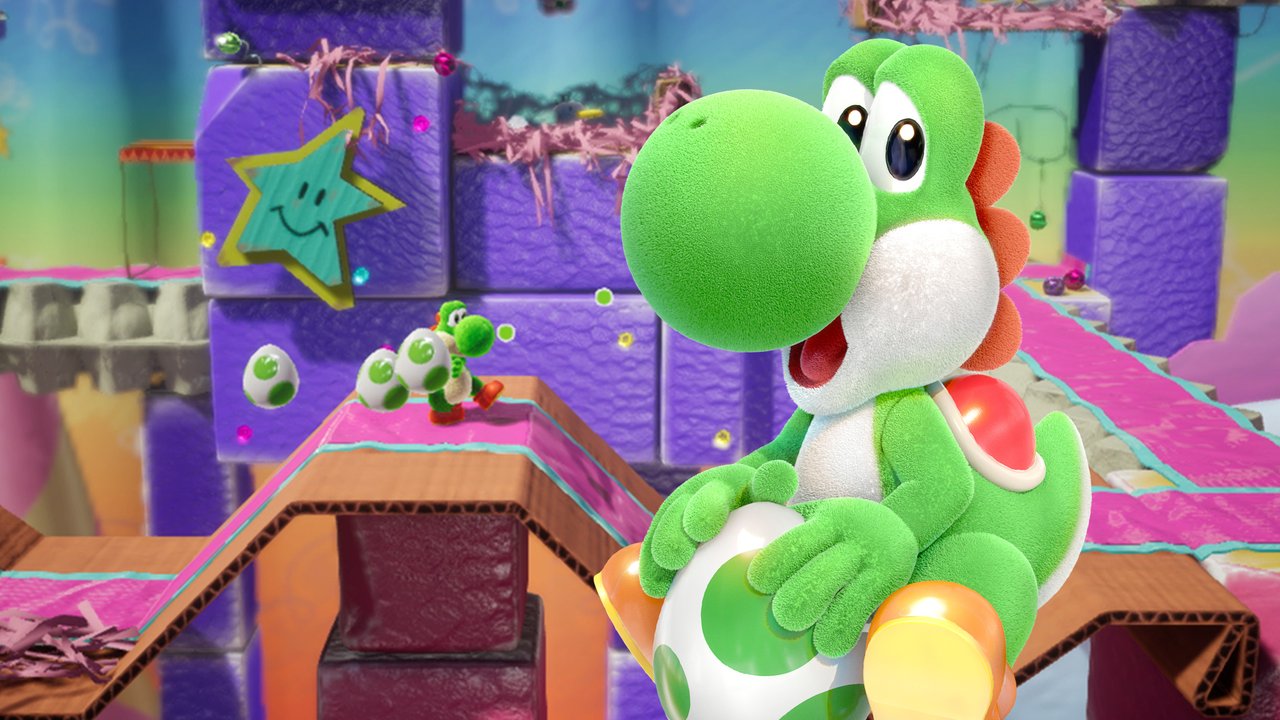 Since the Switch launched, we have had a wonderful trickle of Nintendo’s IP being released regularly in classic ways like the fantastic Mario Odyssey and Zelda Breath of the Wild, to the weird such as Mario + Rabbids: Kingdom Battle. Now it’s Yoshi’s turn with Yoshi’s Crafted World which falls right into the classic category.

Yoshi’s Crafted World can be best summed up as, well, a Yoshi game. The story kicks off with Yoshi living a peaceful life when Baby Bowser and Kamek try to steal a stone form their lands. The gems are sent across the land, so Yoshi finds himself trying to find the gems before Baby Bowser and Kamek can get their grubby hands on them. It’s not the most fascinating story, but I’m not here for the narrative, I’m here for the platforming.

The game itself is a classic 2D sidescroller. You run around as Yoshi, collecting coins and flower heads, ultimately getting to the end of a course. The difficulty jumps between easy and cruisey to occasionally brutally difficult, usually depending on how many flower heads you are trying to get. Most of my deaths were trying to get a flower head that was placed in a hard spot. 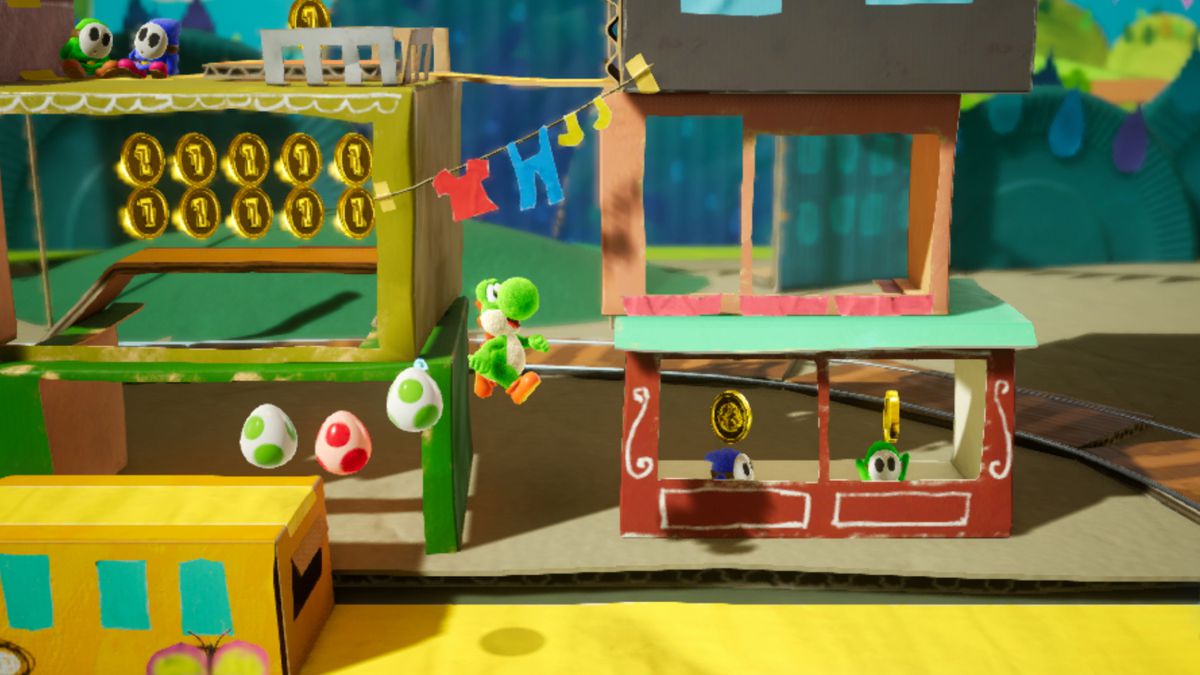 The strong motivator for these is because as you explore the hub world, you will need to hand over flowers to progress. After some frustrating deaths I tried powering through Levels only grabbing easy ones in front of me, but quickly found myself hitting a wall due to a lack of flowers. This makes it an interesting balance of trying to get enough to progress, without missing them to require backtracking.

Fortunately, the platforming is a lot of fun, leaning towards the simple end of the scale. Yoshi can run, jump and grab enemies with his tongue. Some enemies fill his mouth to be fired off, and some turn into eggs for throwing at a later stage. The ability to throw eggs comes in handy for the Levels depth as Yoshi can throw eggs at objects in the back and foreground of Levels. These can net coins, or some hidden flower heads so it is worth keeping your eyes peeled, and it adds a unique feel to an otherwise simple side scroller.

Some variety comes with Yoshi jumping into a giant papercraft to do some carnage. 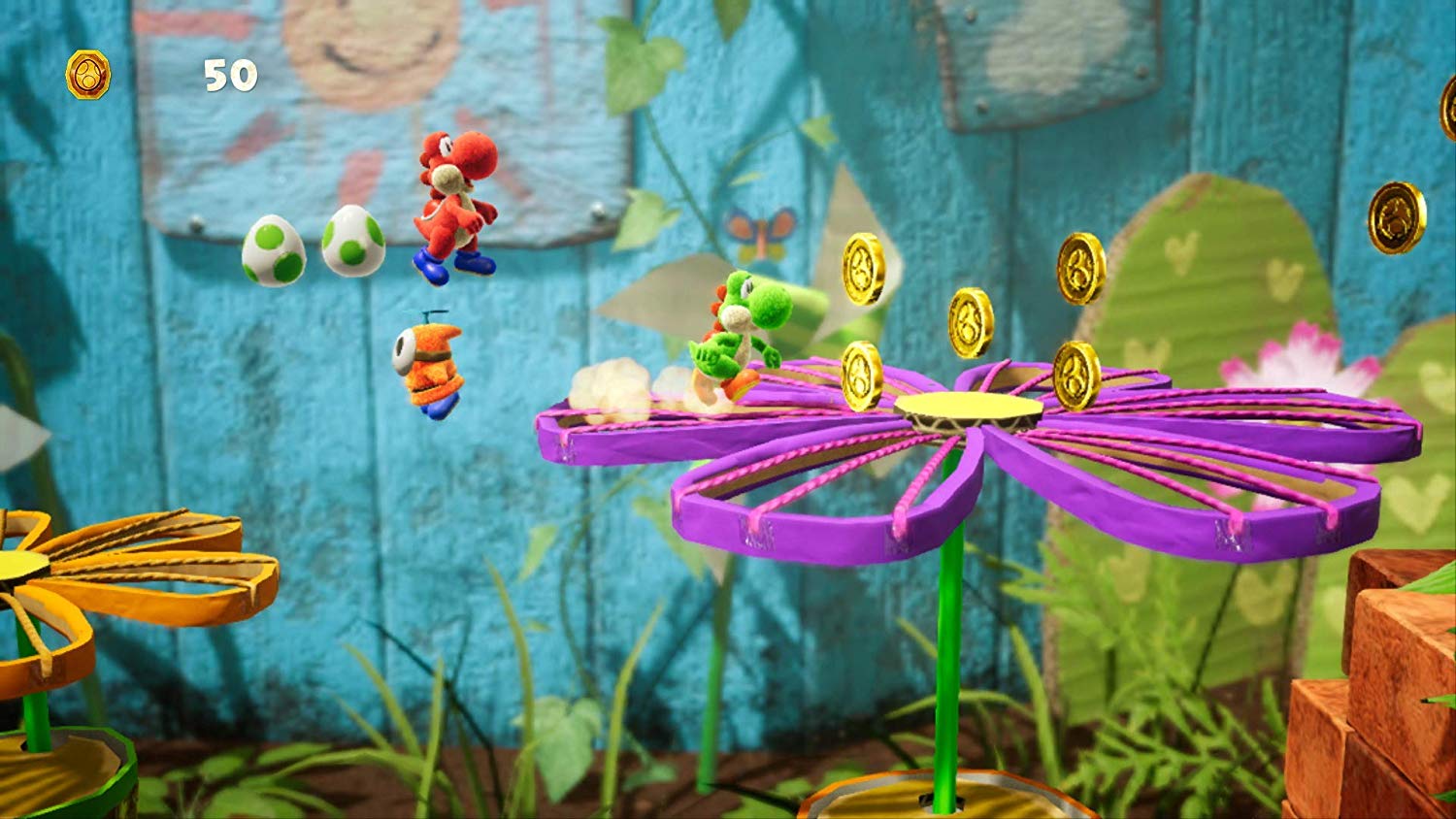 There are also Levels that cover different parts of the screen with paper as the camera moves to the left, and a boat that you must slam the cannons to knock away enemies, but most of the time it is a play by numbers platformer. That’s not to say it’s bad by any means, as the gameplay is polished to a point where I never found an issue with it, but it’s not going to revolutionise the genre.

The other unique spin this game is its namesake, the crafted world and inhabitants. The whole game is built to look like it has been made at a crafts table, whether that’s the plants made from paper, platforms that fold and fall apart in the world, or Yoshi himself, made of yarn. Picture a better version of Tearaway, with all the charm you would expect from a Nintendo game. 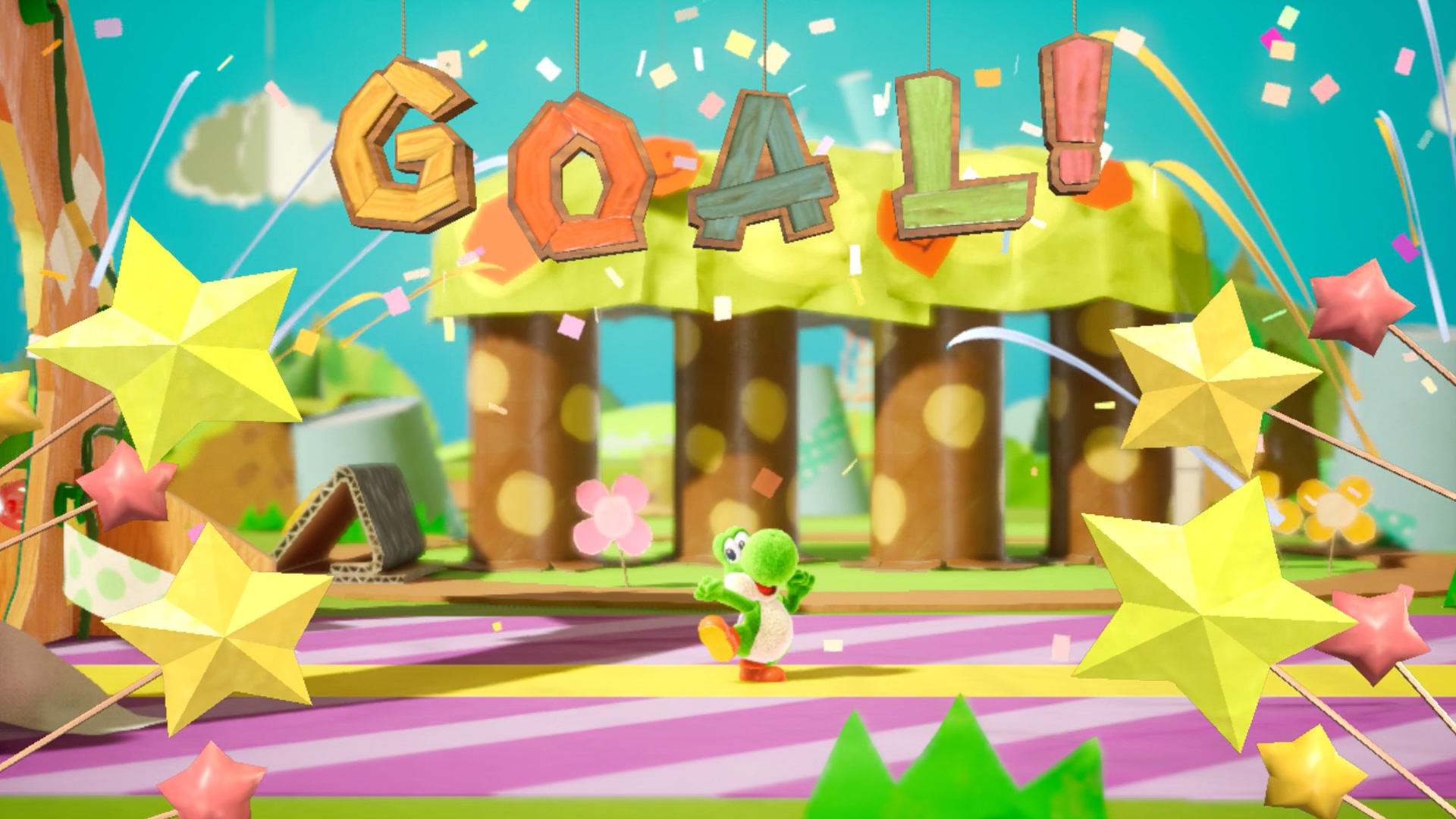 Completing the game unlocks much harder content as well, so if you feel it’s too darn easy, the good news is harder content is there when you beat it. Between that and collectables only available with reversable versions of Levels give the game huge amounts of replay value. You can also unlock costumes which are as silly as everything else in the game, like boxes that Yoshi wears which have some perks attached.

On the whole Yoshi’s Crafted World is a damn fun and charming platformer. It hasn’t done anything overly spectacular, but it nails what it is trying to do, be an accessible platformer presenting as much challenge as you want it to, oozing with cute charm. Plenty of collectables give ample reason to replay Levels in different ways to give plenty of replay value as well.