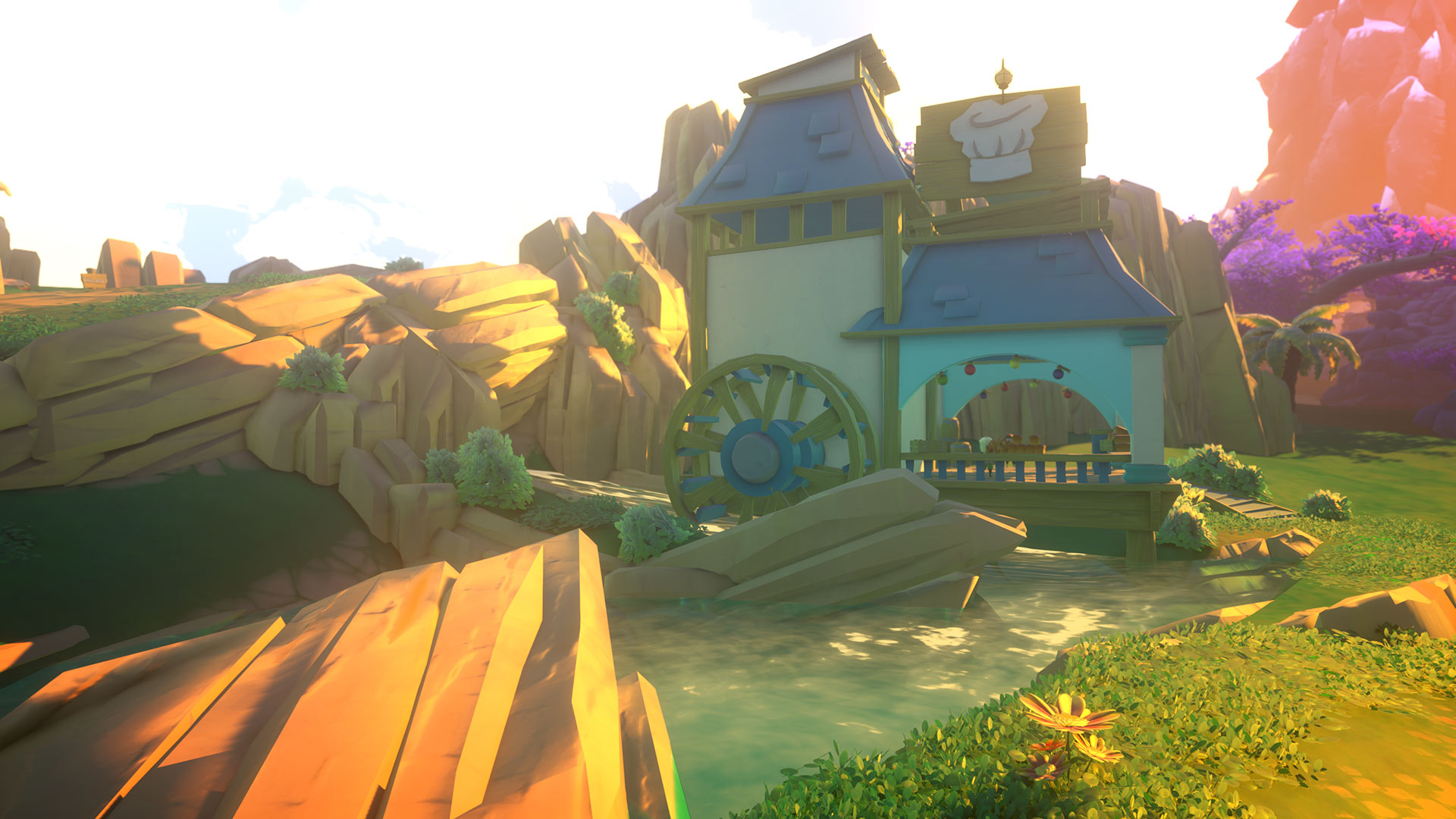 These days, video games are often high-octane, high-stress, adrenaline-fuelled experiences that demand your entire attention and thoughts. They’re complicated mechanically, graphically, and even mentally, requiring you to remember a series of arcane button presses and trigger actions just go be marginally competent.

Yonder: The Cloud Catcher Chronicles is a much-needed break from the octane-filled experiences of modern AAA gaming. Instead, it’s a gorgeous and gentle experience, that lets you go about business at your own pace, helping others and generally just being in the world.

Yonder’s story is as simple as it come. It stars yourself as the hero of the world Gemea, whose land has been tainted by the Murk, mysterious purple stuff that is “bad.” With the help of useful sprites that you find, earn or free from various obstacles around the world, you can push back this Murk and make the world a little brighter. 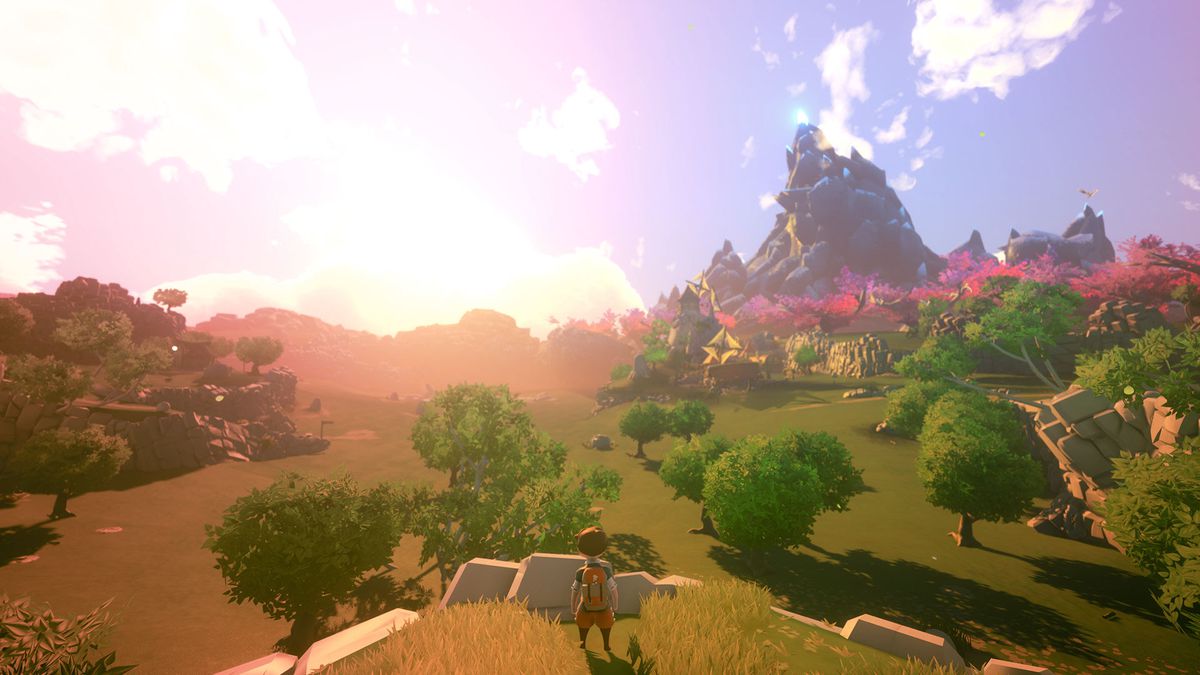 So far this sounds standard, but the most interesting difference for Yonder, and the key characteristic that gives it its gentle, laconic tonic, is that there’s no combat. Furthermore, that means the game is free from everything that comes with combat. This makes the game a lot less stressful and means the skill system instead is focussed on jobs – farming, fishing, carpentry, mining or more. Or, in my case, cat collecting. Animal collecting is a delightful option in this game, and I can only wish other developers copy this idea in every single other game.

Exploring the world is still a big part of the game, though it’s not quite Stardew Valley level of town building. Yonder features eight different environments that look fairly distinct from one another. Throughout these environments you’ll be undertaking a wide variety of fetch quests that will get you moving around the open world levels searching for this or that. Speaking of, I did find it a bit hard to navigate around the world, held back mainly by a limited control system. Turning and running around feels a bit “tanky” and reminiscent of early PSOne titles. Characters seem to spin around on the spot and move in wide, unnatural arcs. Animations too can be a bit clunky but overall it only had a limited impact on my enjoyment of the game as a whole. 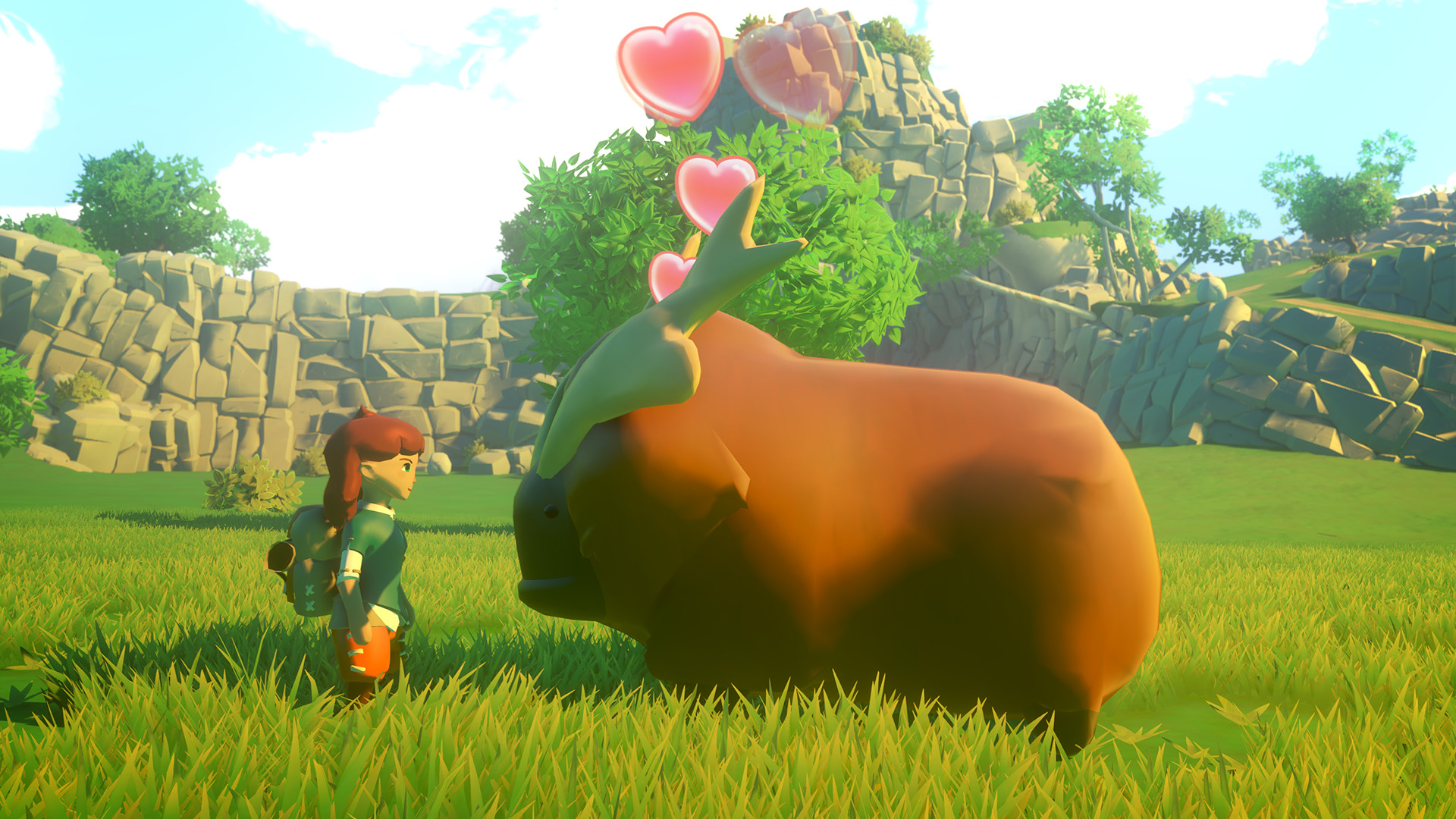 And graphically, Yonder looks fantastic, with a minimal, sparse look that works well on Nintendo’s hybrid console. It’s bright, with big bold colours that stands in contrast to most of the brown and dirty aesthetic many games still run with. It’s style matches the easygoing nature of the game, where you’re never forced into a stressful situation, either by complicated combat or by unnecessary timers. Quests too, aren’t stressful and are generally simple in nature, though sometimes with a quirky twist. The music is gentle, and rarely distracts or makes itself the centre of attention, but supports the lively world wonderfully.

Yonder: The Cloud Catcher Chronicles is a great game to chill out with a podcast or in front of your favourite TV show in handheld mode. Run around, grab some materials, help some people and explore the world. It’s the simple delights that make Yonder compelling, and if you’re in the mood for some light-hearted fun you can’t go past the endearing world Australian developer Prideful Sloth have created. While it’s not an endlessly-replayable experience, as other similar games are, the 10ish hours that you’ll spend in the world of Gemea will be some of the most relaxing you’ll spend in video games this year.