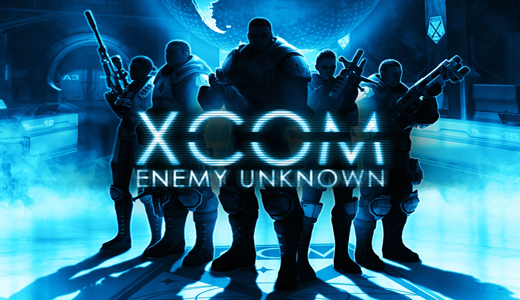 The big problem I’ve always had with turned based strategies is the steep learning curve. No matter what happens, it feels like they spend a good chunk of your time at the start of a game teaching you how to play by the rules they’ve set up.

By the time you get to the good stuff, you could easily have had to endure an hour of hold-holding and tutorials. XCOM: Enemy Unknown doesn’t fall into this trap.

Aliens have attacked. You’re the Commander. Go kill them. 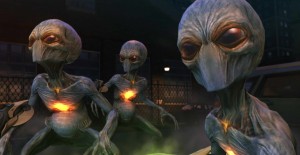 (and even laughably camp, at times) premise, that is certainly closer to Mars Attacks! than Independence Day. An invasion force of little grey aliens land on earth, and immediately proceed to attack humans at random with their 1950s style ray guns and telekinetic mind-powers. The world manages to unify their forces under the command of one greater military genius, a role you take on immediately, given an omnipresent view of an very well equipped military command center.

All of a sudden you have a whole bunch of stuff you need to deal with, from managing a barracks of international soldiers, to managing intel, to developing new technology, to managing a team of engineers. This command center mechanic is the core of XCOM, and if you’ve ever got a kick out of military games that give you the opportunity to organize and deploy your forces with a high level of customization, XCOM will blow your mind. 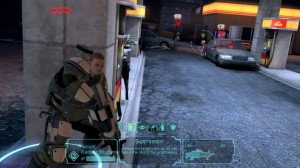 In fact, the command mechanic is so well put together, it could almost be it’s own game.  But where’d be the fun in that? Let’s go shoot some aliens.

XCOM’s combat system is based around a series of fairly tight, small encounters on a number of maps around the globe. Your command center will alert you to an alien invasion taking place somewhere around the globe, and you have to put together a team of soldiers to respond to the threat.

Once you’ve arrived, each soldier has a set amount of moves they can use on any of their given turns to do things like moving, shooting and using accessories. You use up all your turns, and then the aliens on the field will use all theirs. It sort of plays like a table top war game. I’m sure there are probably all manner of games that use a similar mechanic, but the closest one I can think of is Metal Gear Acid for the PSP. 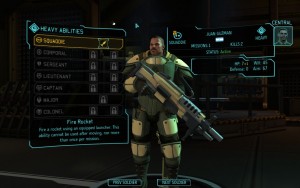 control over your large collection of soldiers, you can sculpt them to look however you want and name them whatever (I took to naming mine after pro-wresters from the 80s’).

Most importantly, though, you can equip them with a range of different abilities and classes. Once you get into the more complicated battles with the extraterrestrial forces, the difference between a sniper, a scout and a heavy weapons specialists become very clear, and you have to learn to stack your deck in the right way.

Initially, this structure of small skirmishes across the globe runs the risk of not making the fight you’re in feel like a global wall, but rather than a series of hit and run attacks that are more a nuisance than anything else. 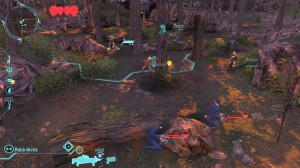 However, as the game develops, XCOM manages to turn up the pressure in a way that legitimately makes you feel like your decisions matter.

One of your primary abilities to keep your command center funded and staffed is by making sure each of the nations that make up your alliance are well taken care of. This sounds simple enough, and initially it is.

But later in the game, five or six nations are under attack at once, and it’s up to you which of them you should help.

And if that wasn’t enough to turn your hair grey, when your soldiers die, they’re dead. I don’t mind losing nameless, faceless soldiers, but when I spent hours building up Commander ‘Macho Man’ Randy Savage to be an excellent killing machine and a superb leader of men, and he gets killed in the field, I felt it. Like a knife through the heart. 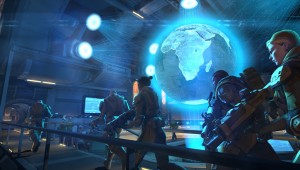 so tight and addictive that I can’t help but wonder what a well-written, original story could have done for it.

The cast of characters is primarily put together of B-movie cliches and bad voice acting which, while at times manages to add to the camp-joy of the game, is generally a bad look. But to even call this a flaw wouldn’t be entirely fair – it’s a game about managing resources and tactically killing bad guys, no one expects it to be an Oscar-worthy feat of storytelling. 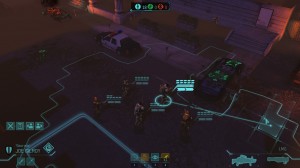 The short, fast-paced mechanics of a genre that’s usually slow mean that it’s a great starting point for people reasonably new to (or in my case, not convinced by) the turned-based strategy genre.

It’s far too easy to find yourself coming back for ‘one last quick battle’ spending a whole day on this bad boy.

If you’ve got a hankering to kill some aliens and manages to troops, XCOM is definitely worth a look.

And even if you don’t, if you’re looking for a good thing to blow a few hours on, it’s definitely at least worth a hire.