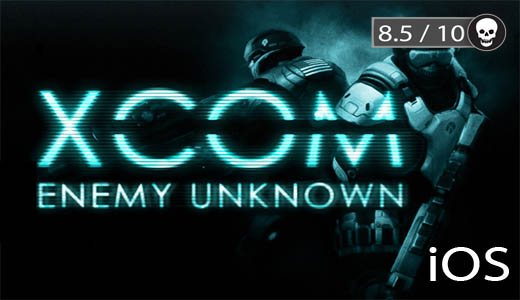 For those unfamiliar with the surprise hit PC and console title XCOM: Enemy Unknown, developer 2K has decided to make a somewhat ambitious port to iOS devices.

The premise is simple but the execution is complex and varied. An alien invasion has befallen the world and a military agency known as XCOM has been established to contain and / or eradicate the extraterrestrial threat. As panic and fear permeate the globe, your overarching task is to contain and maintain a basic level of civil order in spite of the chaos that continues to unfold. 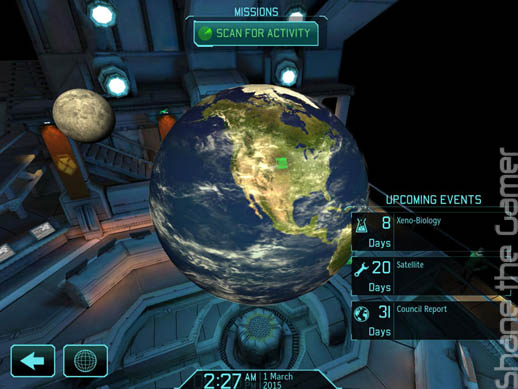 The game plays two ways, in equal parts as a military management sim and a second as a tactical turn-based strategy game.  In the turn based strategy sections, you manipulate your squad through a map one person at a time in order to achieve a specific set of objectives. These objectives range from simply eliminating alien threats to recapturing areas and resources, disarming bombs, rescuing, sabotaging enemy supplies etc. 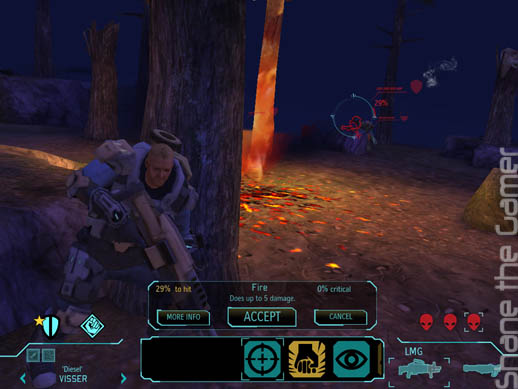 The gameplay involves strategic moving and positioning of squadmates, selection of available resources and completing objectives to level up squad members back at your HQ.

Tactical decisions have to be made to insure at any given mission, the right person in the squad is selected for the right task, otherwise there is enormous risk of playing your characters into corners that can be challenging to rectify. It provides an innate level of strategy that doesn’t feel contrived, forced, or cheap when death inevitably occurs. 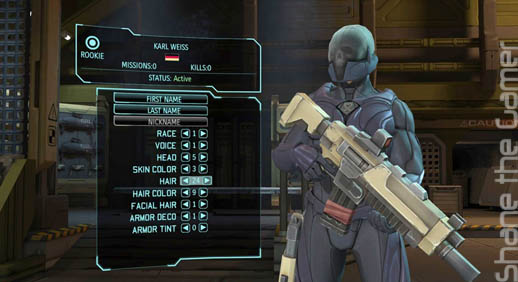 When deaths of squadmates do occur, they are down and out for good providing that additional incentive to be pragmatic about tactical decisions. This is especially true of squadmates that you’ve invested points on leveling up and are more susceptible to being placed in precarious situations. 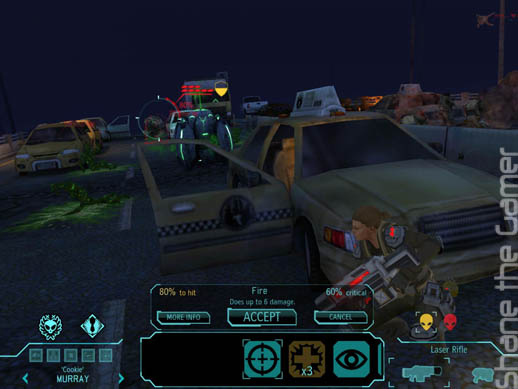 The second gameplay element is overall command of duties back at XCOM headquarters. This involves the dispatch of virtual global squads in an effort to bring down civil panic levels, the scanning, salvaging and researching of resources in order to be better equipped against the enemy, and other maintenance requirements. As drab as it sounds, it’s actually a rather engaging way of keeping you invested in the story and overall cause. 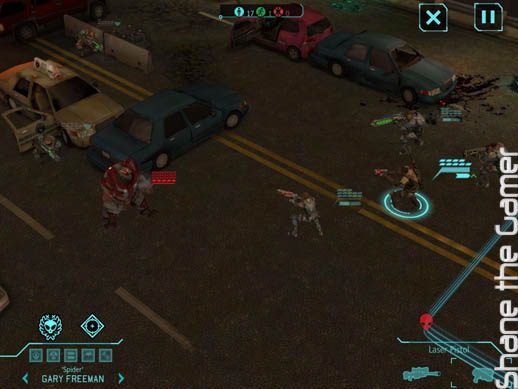 Visually, the game looks nice on OSX, and although there are many obvious graphical compromises made from previous versions, it holds up remarkably well on portable devices. In-game cutscenes typically lack mouth animation for dialogue and textures and polygons can look a bit anemic under scrutiny. However, since the camera is pulled back through much of the game this rarely becomes an issue. 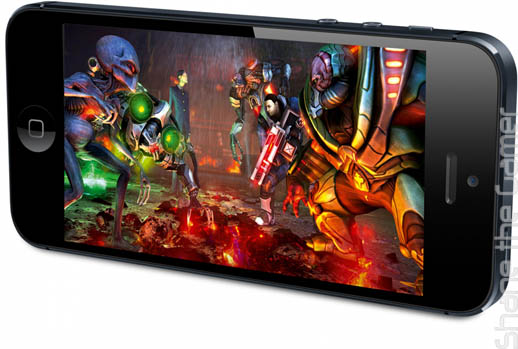 The game seems well suited to touch devices, and having never played the others I can’t image how these controls could be better on  gamepad or keyboard and mouse. The one caveat with controls is that there are so many swipe gestures responsible for so many things they can sometimes get a little unresponsive. This is particularly true of the rotate gesture. 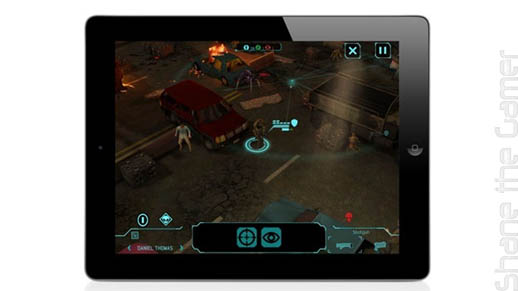 XCOM: Enemy Unknown is a great addition to you mobile game catalogue and potentially the product of many lost hours. It’s expensive when compared to most other mobile games but the production values more than make up for it.