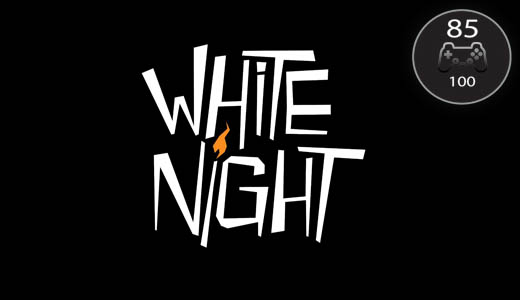 White Night is a fantastic example of the good that can be achieved when game developers stick to that old adage of ‘less is more’. At it’s surface, White Night is an intimate, simple puzzle game.

But by sticking to this formula closely and by adding a unique art style and a compelling mechanic, we’re left with something very special.

In a small dark town in Boston, at the height of the Great Depression, an unnamed man in a trench coat and fedora polishes off a few drinks to drown his sorrows in a bar, before leaving and driving away. 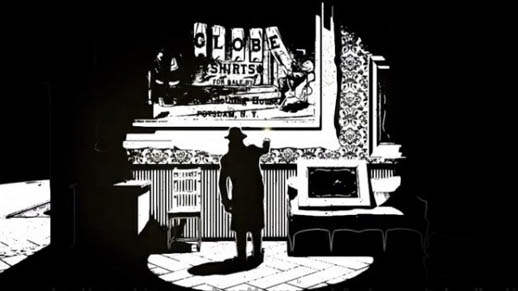 He gets a couple of miles in a deep and menacing woods before spotting a girl on the road. He swerves, crashing the car and badly injuring himself. When he awakens, the girl is gone and he’s in dire need of aid.

He seeks that help past the foreboding iron gates of Vesper Manor – an old house off the road which wouldn’t be out of place in an episode of Scooby Doo (if not for how genuinely unsettling it’s visage was). 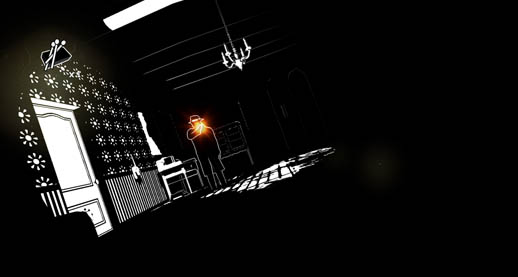 The Manor, of course, is unattended. Our hero is forced to break in. And that’s where the intrigue begins.

Because, of course, Vesper Manor is no ordinary home, it has a series of dark and terrible secrets housed within, and it’s up to our hero to not only find help for himself, but survive the horrors of the house.

Along the way you’ll find clues, photos and newspaper articles that explain the situation you’re in a bit more, but you’ll never be armed with anything more than a packet of matches – which you’ll need to ration as you find the occasional extra around the house. 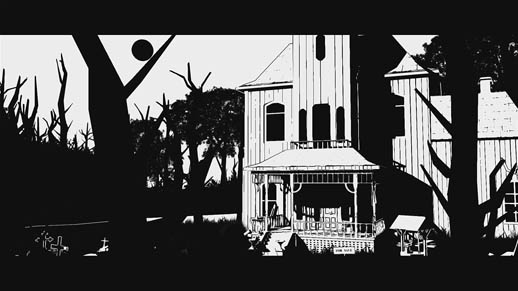 Darkness and light are the main mechanic of the game, with the entire thing being displayed in a fittingly 1920’s black and white; with black equally darkened, and pure white equally light.

Most of the puzzles you solve involve turning on lights to banish malevolent spirits blocking your path to the next room or clue, and there are some fun versions of this dotted throughout the house’s four levels – lampshades, fireplaces, candles – each with a different purpose in the game. 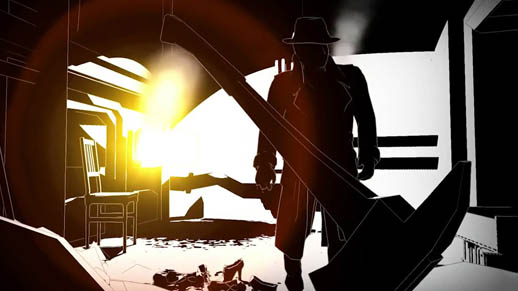 It’s a simple system and when combined with a four button control scheme and a very simple interface for puzzles, it’s elegant and fun.

One negative for the game comes when it stops being a puzzle game, and starts instead to play like Pac-Man – i.e. avoid the ghosts. 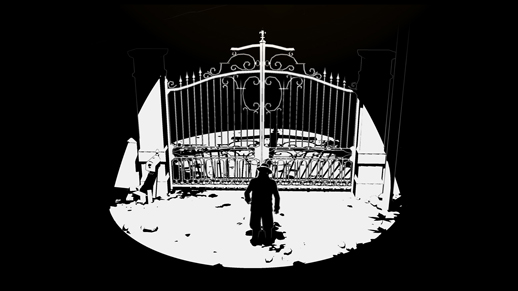 Our film noir protagonist isn’t built for fancy footwork, and neither is the camera the game deploys. Occasional segments that involve getting from A to B using a lucky dodge rather than a brilliant idea are punishing and tedious, and derail the momentum of the action. 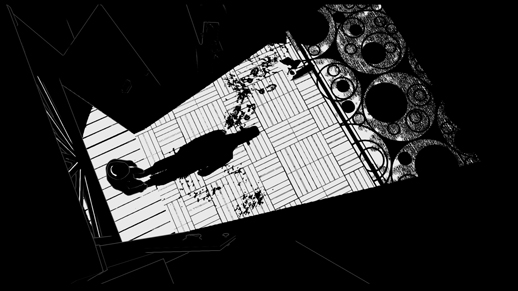 White Night is a good example which really shows what DLC games are capable of, definitely worth a play.