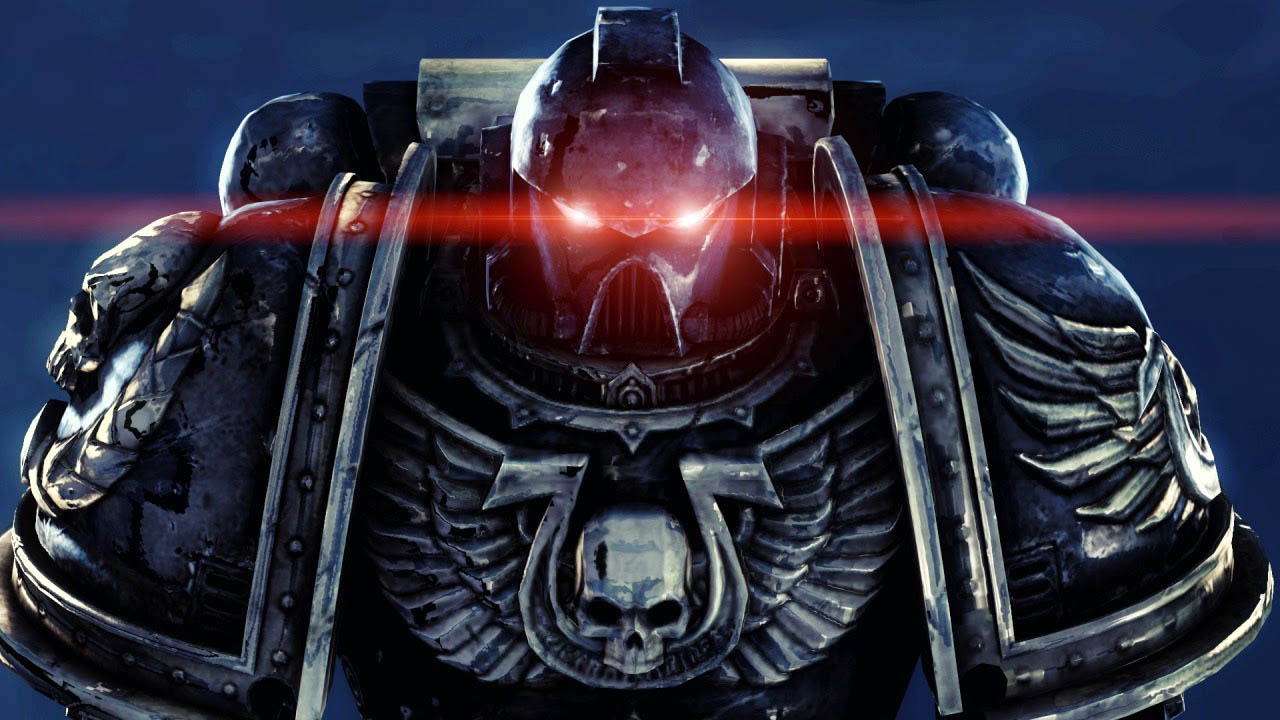 To be even more accurate, there is only chess, but with a light dusting of strategy gaming atop of it. As a fan of the 40k universe for the previous decade, I am more than willing to dive back into the war-torn Imperium of man, despite my rusty chess skill set being limited to knowing that ‘Castling’ is a thing.

Understandably, your enjoyment of this game is going to be heavily predicated by your enjoyment of chess, as the functional mechanics are identical. Thankfully the tutorials are solid and even a total novice will pick up the fundamentals without too much trouble. 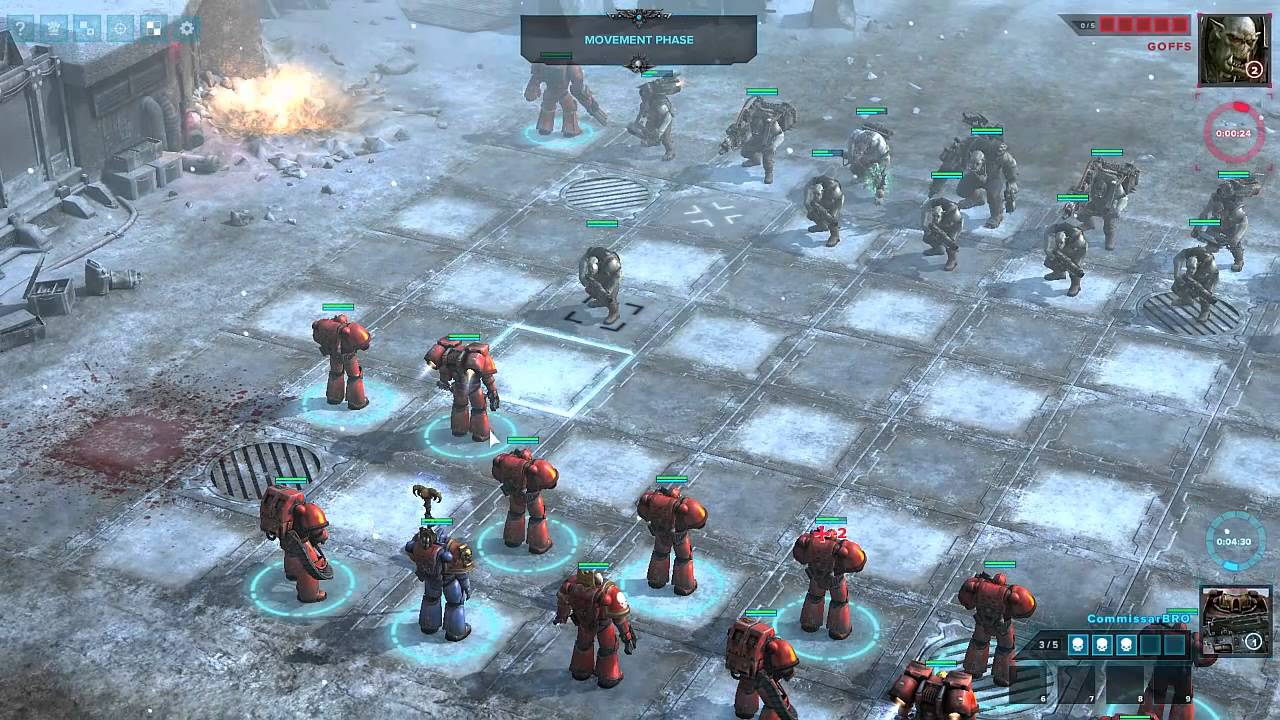 ‘Classic’ mode is a standard chess board, populated by Orks on one side and Space Marines on the other. Each side has the traditional chess pieces substituted for their 40K equivalent, but moving in the same fashion. The only difference between this mode and standard chess is the gruesome animation of one piece taking another, which does hold an undeniable visceral appeal.

The entire aesthetic of the game is handled well, graphically it captures what we have come to expect from the 40k universe, grit, blood and smoke abounding.

It is in the games ‘Regicide’ mode where its uniqueness becomes apparent. Each side is allowed an extra phase after moving their piece, in which they may use up their “initiative points’ in order perform special abilities available to each unit. This is where the RTS elements come to the foreground, with players required to make tactical use of their Librarians Psyker Powers or Assault Marines Jetpacks in order to turn the tide. 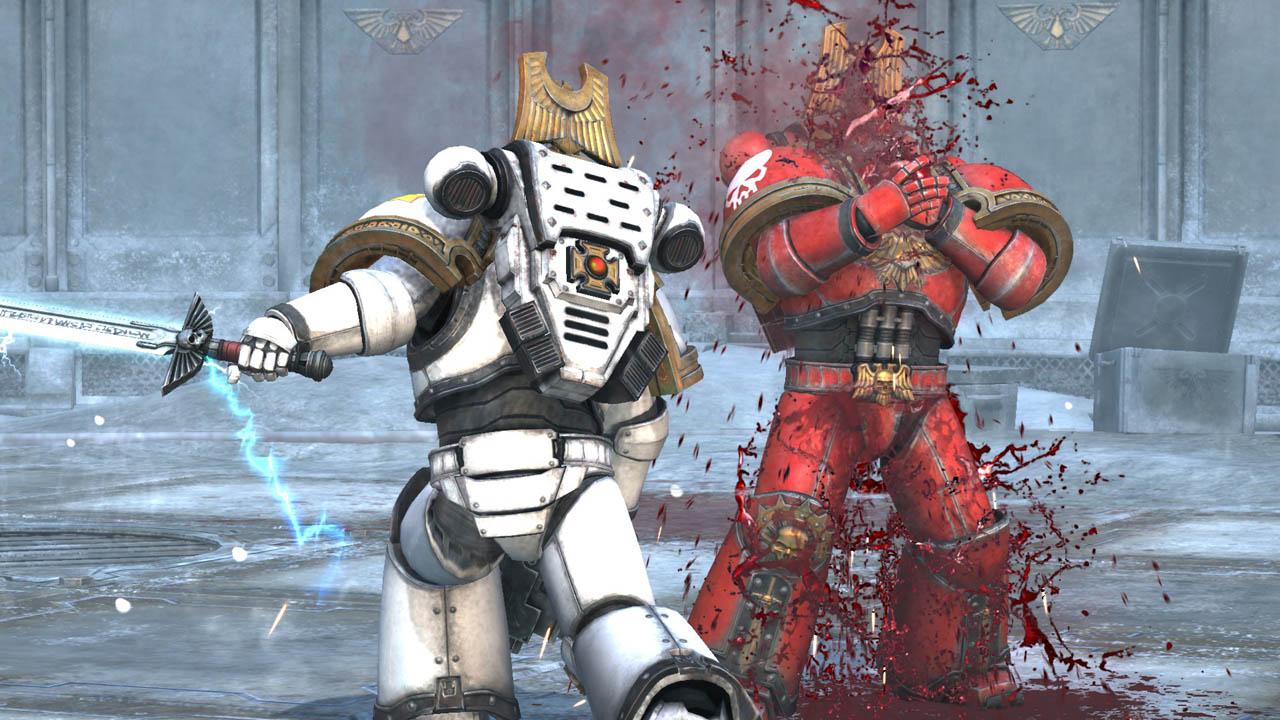 This proves particularly true in the single player mode. What surprises about Regicide, is that for what is essentially a chess simulator in power armour, it commits to a rather hefty narrative.

Respect must be given to the developers for clearly wanting to explore this world as much as possible, recruiting many familiar voice actors from the Dawn of War franchise to once again lend their grizzled voice to the constantly battling Space Marines. Each of the campaigns missions will pit you against progressively more devious chess scenarios, for example you may end up with just your Commander (King) and a handful of Marines (Pawns), with certain squares of the board off limits due to barricades and rubble.

This is an engaging way to introduce players to steadily more complex chess stratagems while giving them motivation to progress beyond simply winning matches. 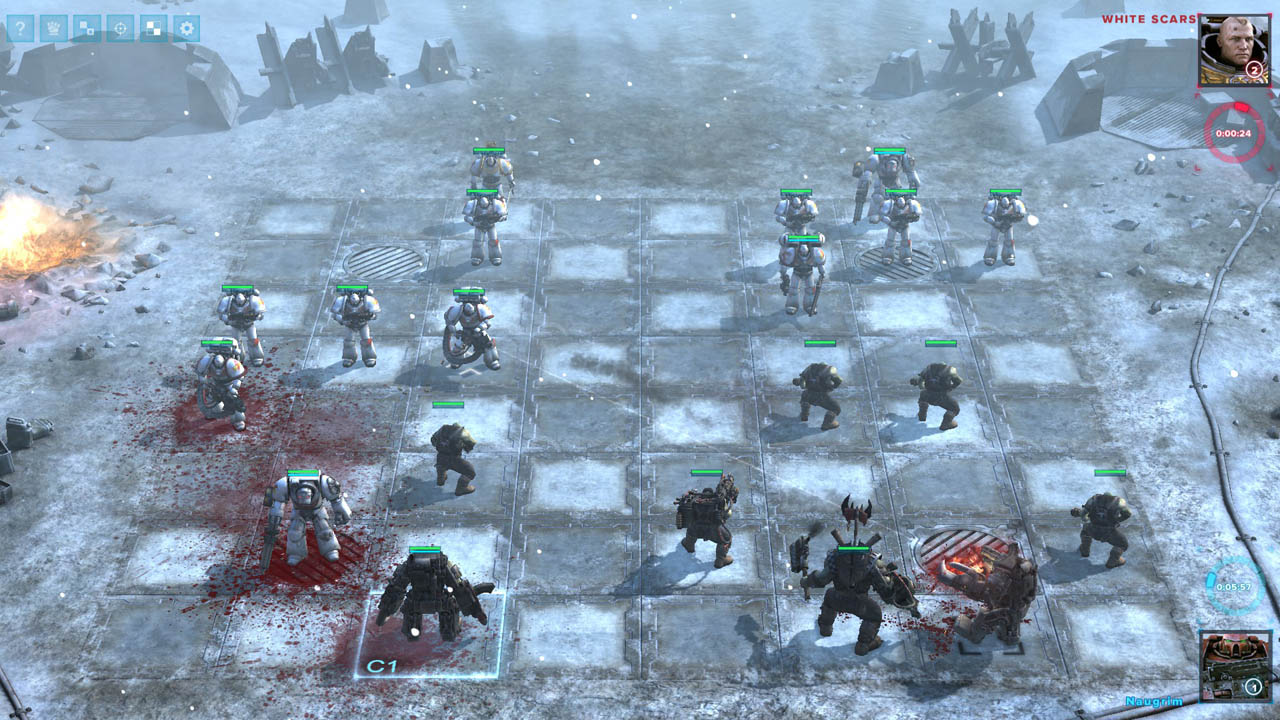 Don’t expect too much of the campaign narratively however, despite obvious enthusiasm on the writer’s parts, this campaign suffers from the pitfall that has befallen essentially every game set in this universe.

The characters are 2 dimensional at best, and while the world of 40k is undeniably a grim one, it sometimes feels like a caricature of itself. It’s hard to truly have empathy for a world which is not so much stern, as almost comically aggressive and bleak. While no-one is asking for a Space Marine to trip and fall on a banana peel in order to lighten the mood, at least some glimpse into an aspect of this universe that isn’t immediately trying to kill or betray you, would add welcome depth to the story. 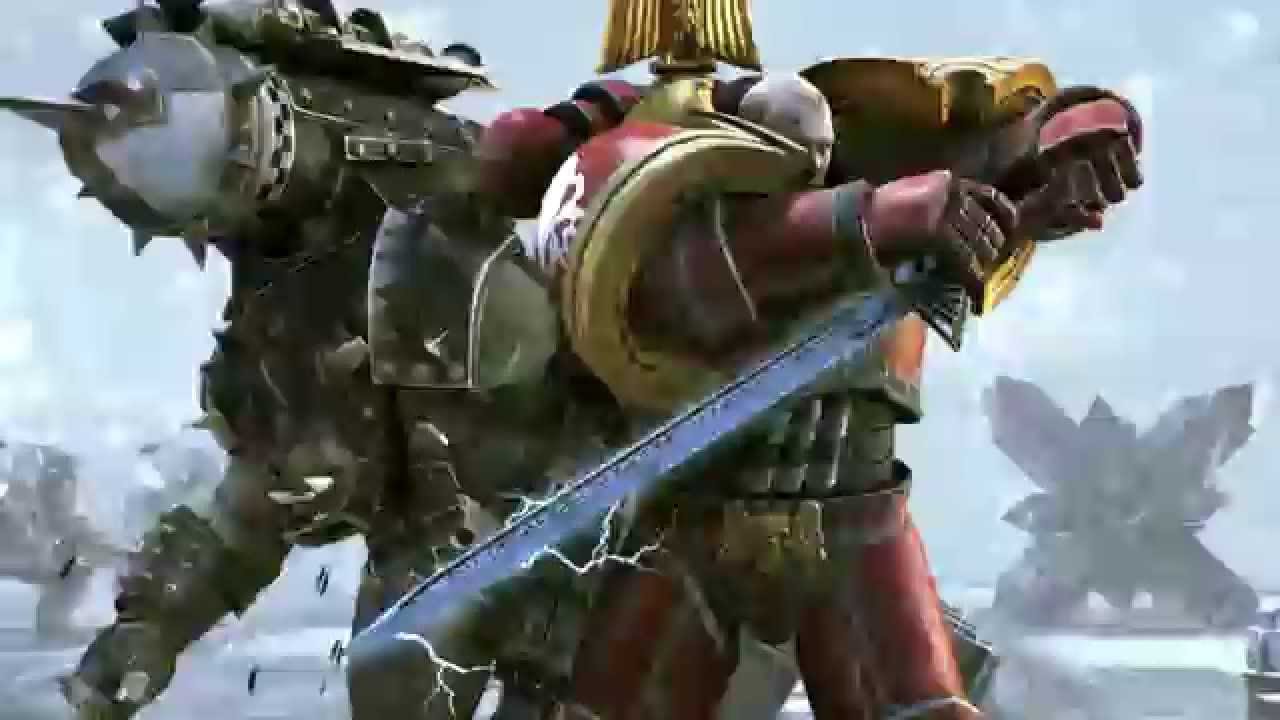 Playing online was a relatively seamless experience mechanically, although actually finding players to face online proved a struggle. Once I eventually played against other humans however, I understood the reluctance of others to head online with this title.

The two halves of this game can sometimes be discordant, while in the campaign they tend to complement each other, as a multiplayer experience they tend to clash. Each unit may be taken in tradition chess fashion, by simply moving your piece atop of them for an instant kill, so the extra abilities feel redundant when playing in online Regicide mode, as outchessing your opponent will often be more effective than out RTSing them. This may lead to the chess purist and RTS fan alike not being able to fully engage as the game can’t quite commit fully to either side.

For its faults, Regicide still offers an enjoyable, if somewhat niche experience. Anyone with even a passing interest in the 40k universe, or anyone who has felt that the game of chess needs more disembowelment, should find more than enough here to justify the asking price.