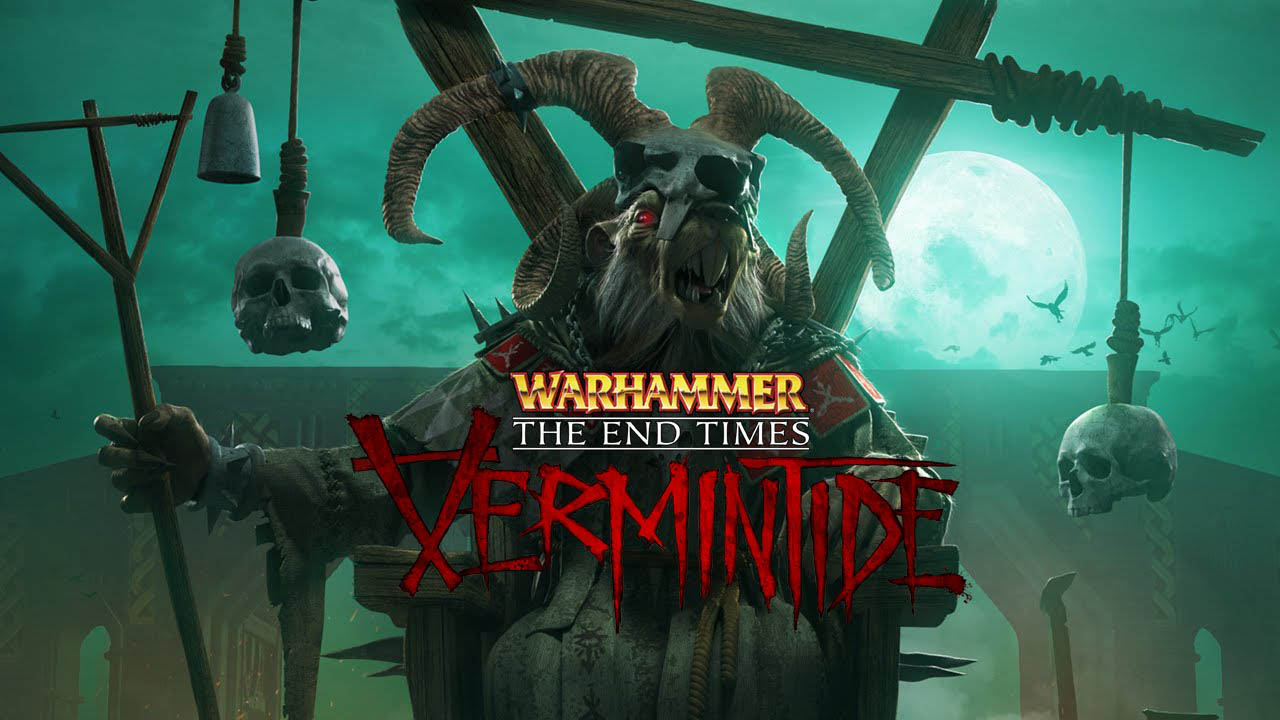 Okay. Let’s get something out of the way first. Yes, Warhammer: Vermintide is very similar to Left 4 Dead.

At first glance, it might be easy for a player to mistake this as an expansion in which not much has changed, except for much more hairy Zombies. However those willing to put a little time into this game, and forgive a few frustrations, will find something much more than a rehash on an old formula.

Vermintide takes place in the city of “Ubersreik “, those familiar with the table top game and the rich story of the Warhammer universe will find decent lore to gnaw on , but even the complete new comer will pick up the basics fairly quickly. There are a lot of well-armed, humanoid rats swarming this city while you and your online friends are the last line of defense. 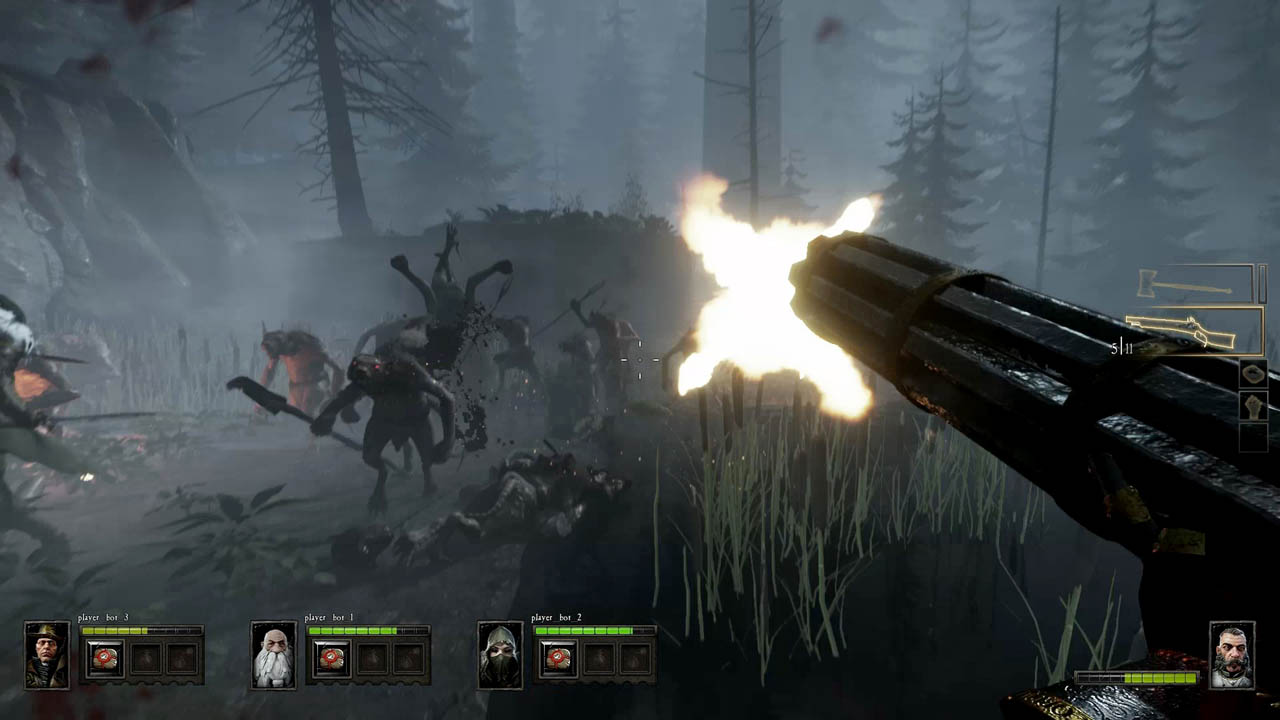 The Level design is similar to Left 4 Dead; you are funneled down relatively linear paths, fighting off successive hordes of enemies, while scrambling for various buff items hidden throughout the Level.

Most of your foes will fall easily, simply needing to be funneled into choke point and mowed down, although particular Rats are equipped better and behave differently.

There is the Rat Assassin, who acts much in the same way as the Hunter Zombie you may be familiar with; the enormous Rat ogre fills the same role as the Tank. Each of the specialised enemies will force your group to adapt to avoid becoming picked apart. Vermintides environments’ are larger than you might expect from this style, and this encourages more creative strategy, particularly when it comes to the level specific missions, such as the classic, “Collect enough of a particular item to open the path while continually being attacked” moment. 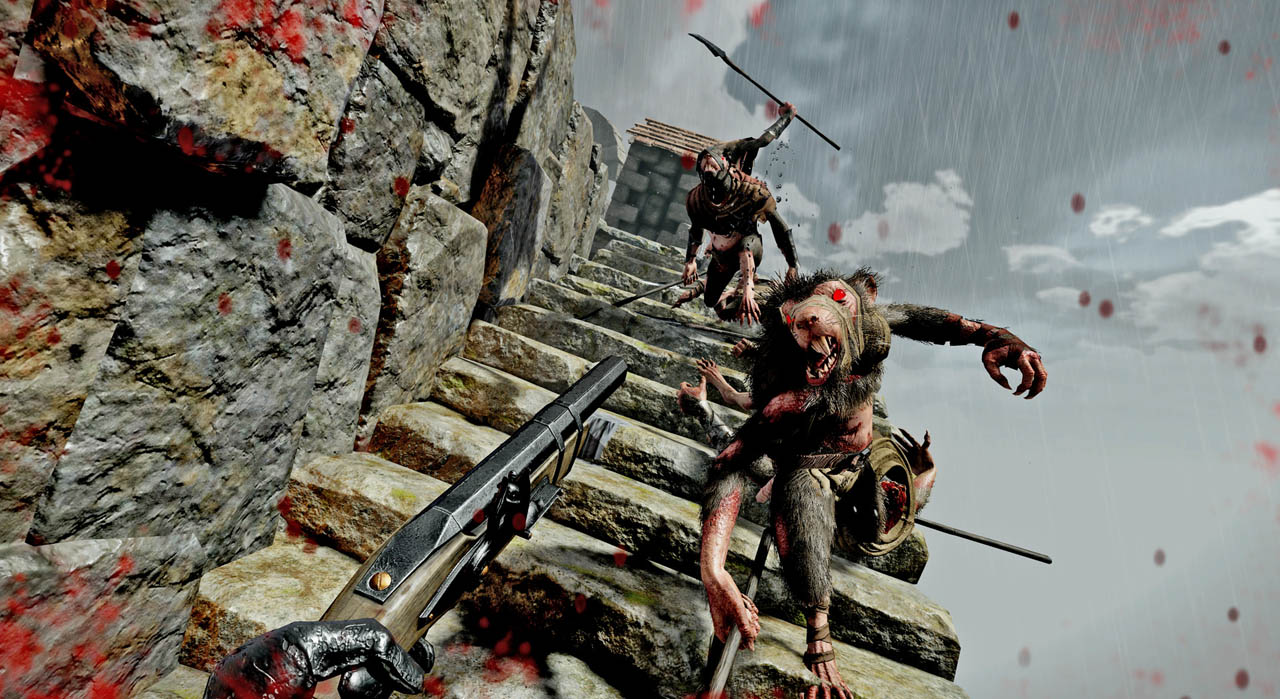 Like its inspiration, Vermintide is unabashedly a multiplayer experience. While the campaign may be attempted solo, with Bots as companions, the AI is not nearly intuitive enough to handle the complex tactics needed to survive on any but the lowest difficulty. This is not a huge oversight, as this is clearly marketed as a multiplayer experience, but the option for solo play would have broadened the games appeal.

While functionally similar, the actual gameplay of Vermintide is not as welcoming as Left 4 Dead, the standard difficulty is noticeably higher, and certain useful gameplay touches are missing. There are no audio cues to let players know what type of special enemy to expect, and paired with a randomly generated spread of foes, this can lead to frustration when an Assassin appears from literally nowhere to take you out. 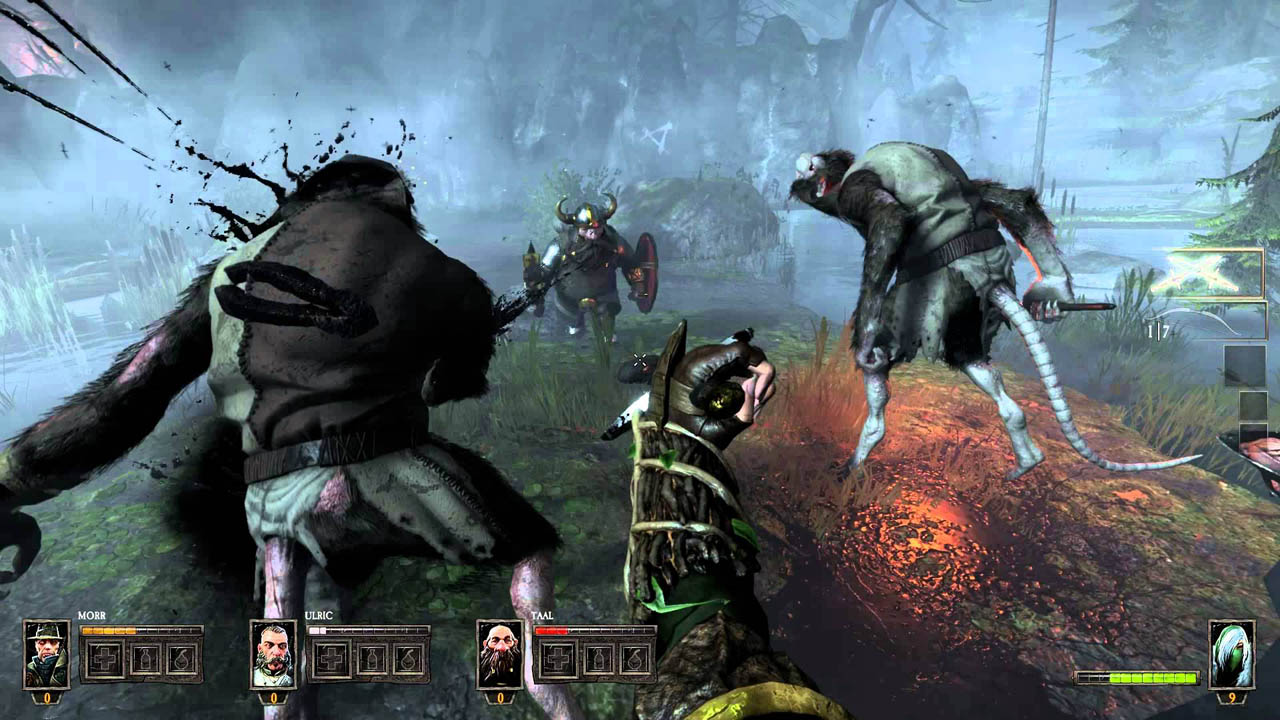 Vermintides mechanics may be initially irksome, but for players willing to commit, the game becomes a deeper experience. Combat is much more melee focused, with ranged weapons having limited ammunition which must be used tactically.The various buffs, healing items and secondary weapons scattered throughout each map are mostly familiar to Left 4 Dead vets, however your healing item may be swapped out for a secret grimoire, hidden on each map. If you reach the end of the mission holding the grimoire, you will receive a special bonus at the Levels conclusion.

It is these end of Level rewards which show off how this game sets itself apart, by introducing a well fleshed out RPG dimension.

The playable characters are more than aesthetic choices in this game, with each character having a unique set of gear and abilities, which may be customised based on the equipment they receive after each mission. 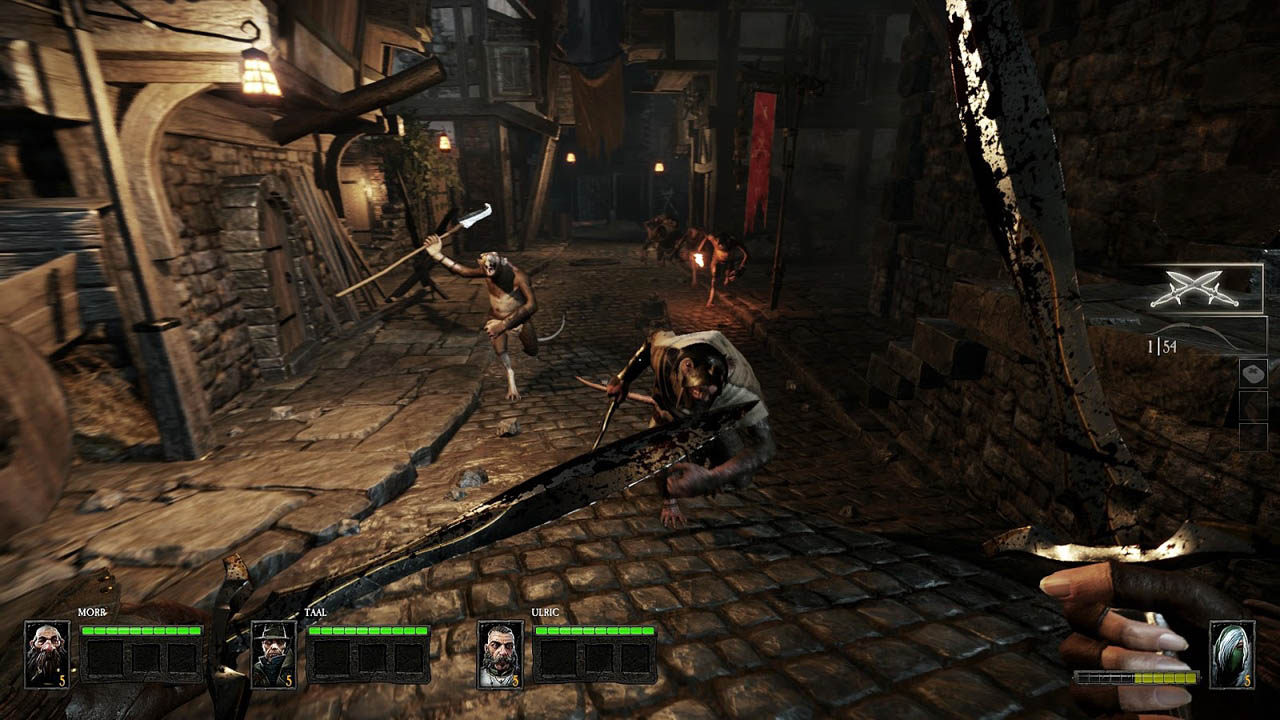 At the end of each Level; players are awarded loot drops in the form of dice, each dice have a chance of rewarding you with a randomly selected series of items, these items are class specific and of varying rarities. Performing certain bonus objectives will reward you with rare dice which a much more likely to give you better loot, however it is still perfectly possible to end a level with many dice and come away with nothing. This mechanic encourages a completely different style of play than Left 4 Dead, turning the online field into a frenzy of slash and loot, instead of the struggle of simply trying to survive.

While this undoubtedly adds complexity to the experience, it can be off putting to the newcomer, as if you are starting from scratch with a party of vets, you can often feel like dead weight while your team mates strategically pick apart a Level for the 30th time in order to get the best possible drop.

Vermintide may seem initially familiar, but to those willing to brave it’s learning curve, proves to be a much richer experience than the game it has been modeled on. It’s RPG mechanics, lengthy campaign and diverse Level design make this to be an entirely different, if not entirely newcomer friendly experience.

Warhammer fans and complete novices alike should find this game worth their time, provided they’re willing to spend at least a few hours yelling at digital dice.