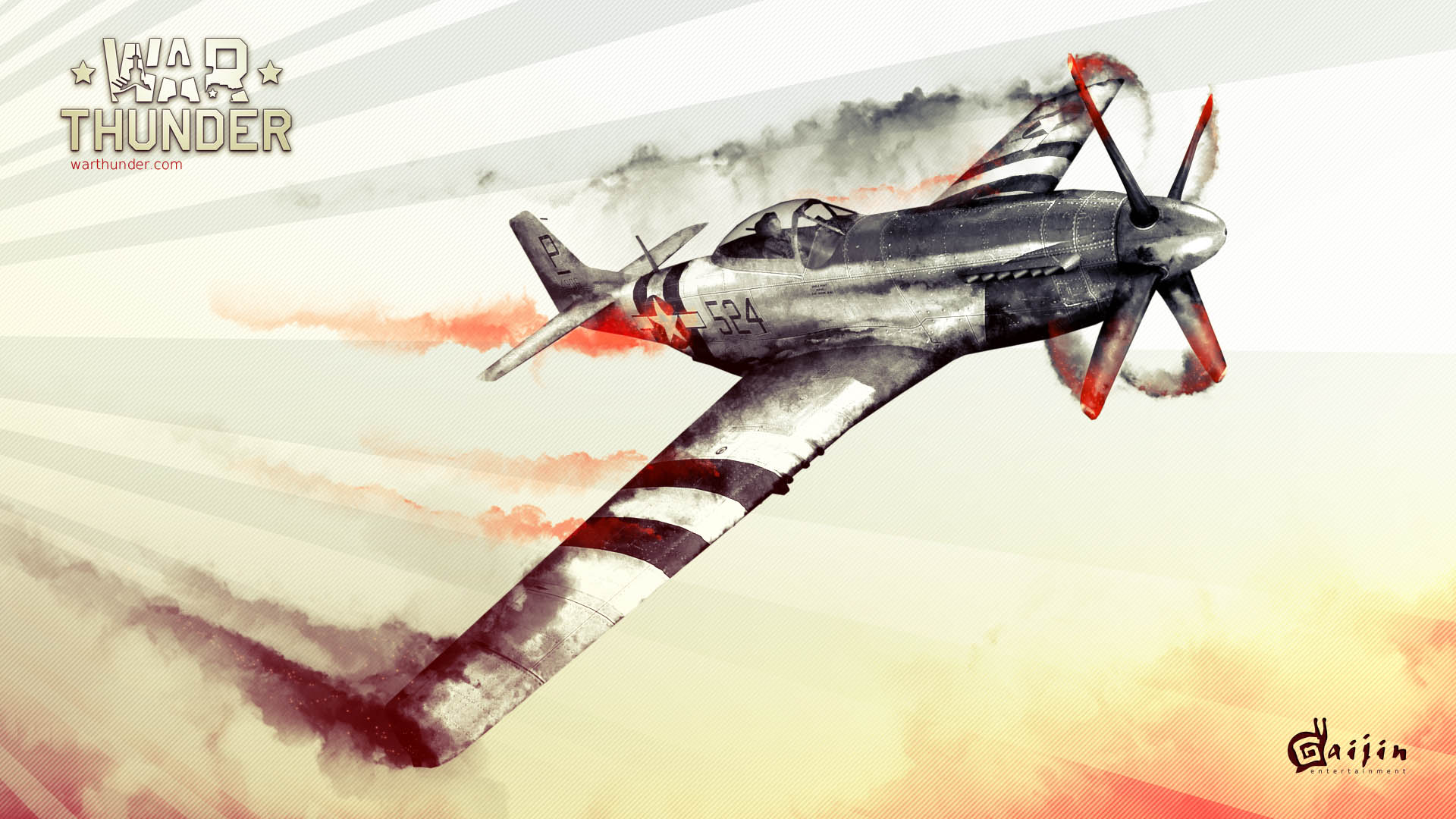 The update, with the telltale number 1.70.1945, provides War Thunder’s 9 million players worldwide with access to over 40 new vehicles and three new maps thematically tied to the final stages of WWII.

The “Normandy” map provides a deadly mix of ambush points and terrain and is a true ‘battle for the hedgerows’ homage to the Allied push to retake northern France in June 1944. The “Hürtgen Forest” map features the challenging terrain of Western Germany faced by the US Army in the longest battle in its history. Finally the “Reichstag” map takes armoured combat to the hard fought streets of Berlin. 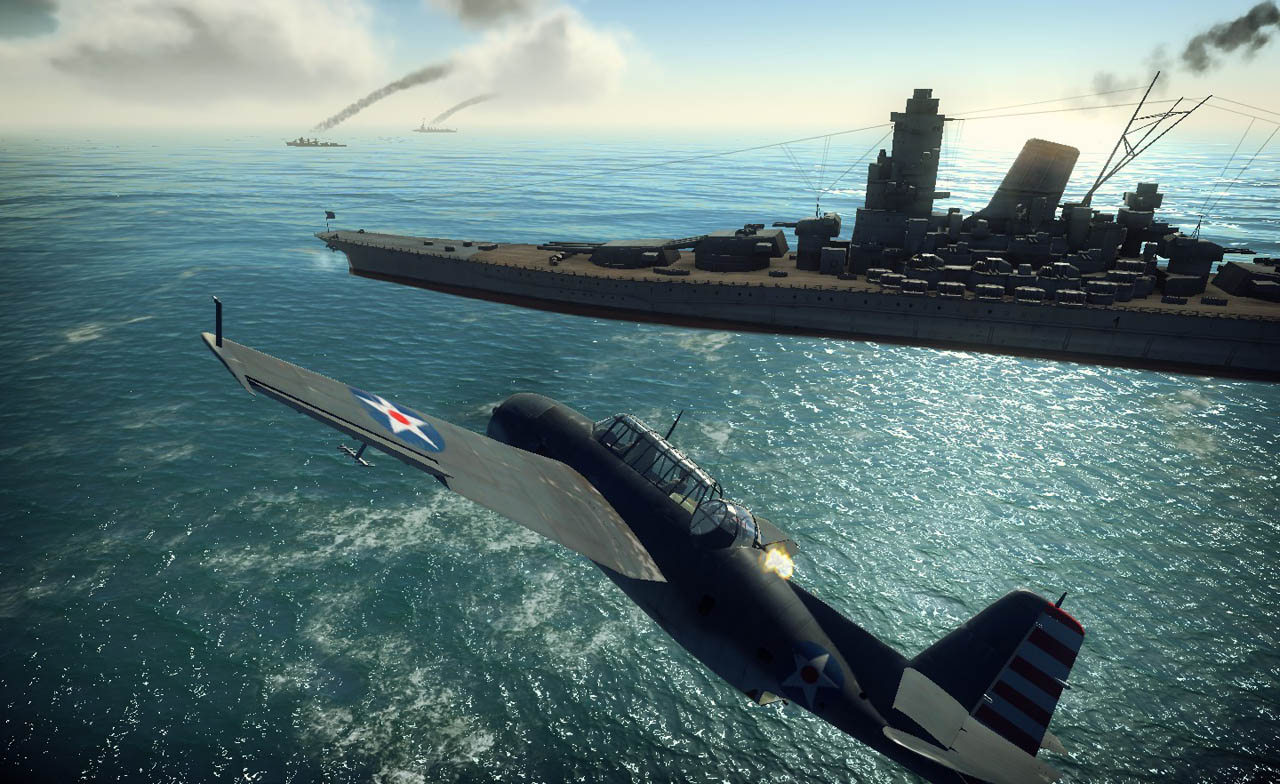 Also, to celebrate the 70th anniversary of Victory in Europe, the development team has prepared an exclusive series of vehicles called “Weapons of Victory”. These are planes and tanks that each have an incredible, real histories. Players will be able to get them as part of upcoming May festivities by participating in in-game events and promotional activities.

Included in the line-up of six legendary fighters, is the RAF Spitfire Mk IXc that belonged to decorated pilot and the Siege of Malta’s ace, John Plagis. For the USAF, Ray S Westmore’s (21 confirmed kills) P51-D Mustang ‘Daddy’s Girl’ has been added. Ground Forces are represented by the US M-18 from the 805th Tank Destroyer Battalion, nicknamed “Black Cat”, as well as four other famous vehicles. 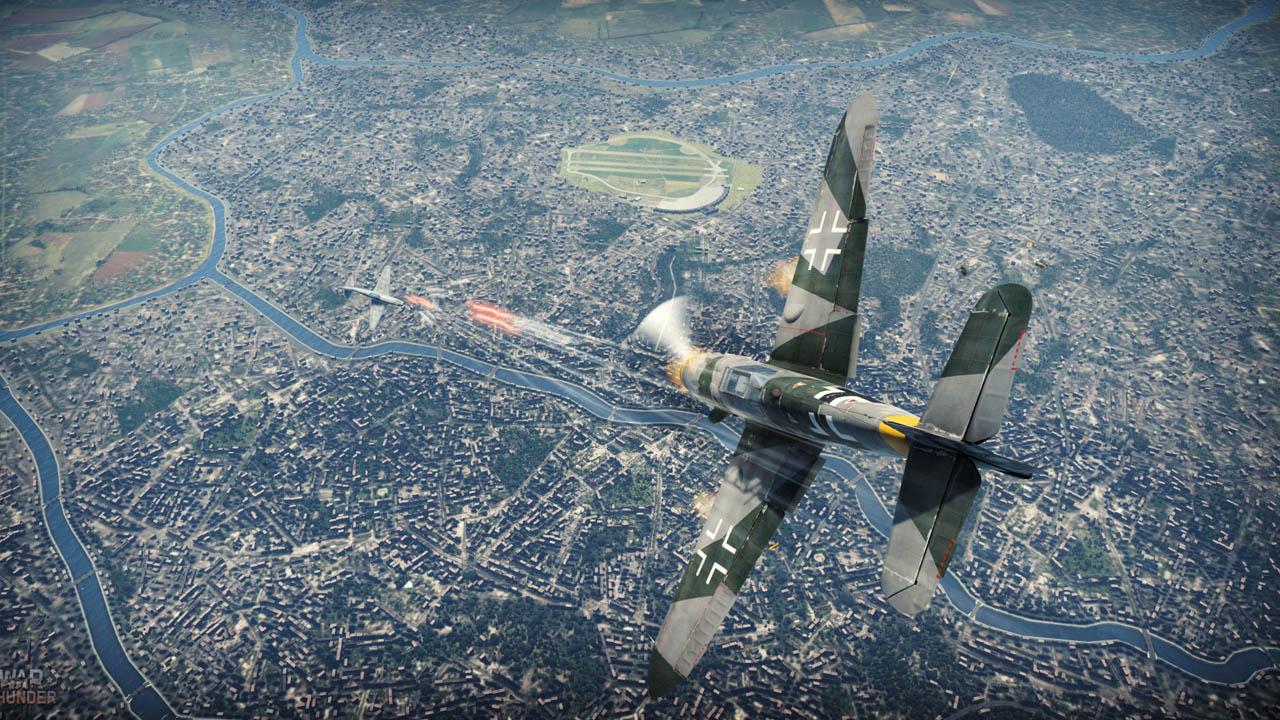 The non-premium version of the M-18 tank destroyer is actually part of the highly anticipated new line of American self propelled guns. The U.S. also gets the T34 Sherman ‘Calliope’ – a fearsome multi-rocket firing tank capable of delivering devastating offensive fire support. But that’s not all, of course: The United Kingdom also gets a whole new line-up of Fleet Air Arm from the trusty Sea Gladiator biplane to the fearsome Attacker FB.1 jet, with USSR, Germany and Japan also getting new tools of destruction. In total, a whopping more than 40 new planes and tanks are introduced in the 1.70.1945 Update. 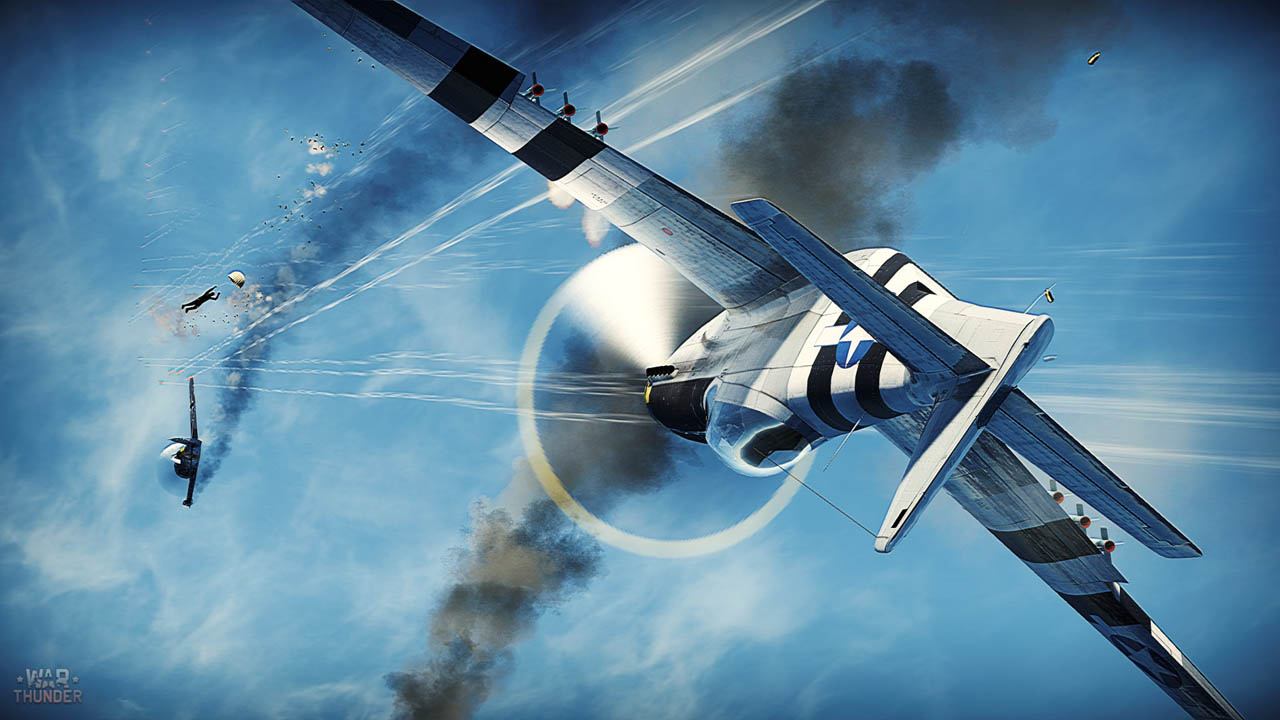 Aircraft damage model was also updated. As a result of the new system, you will see significant changes in the behavior of aircraft in collisions, as well as during emergency landings. For example, it will be more difficult to harm a heavy bomber by ramming it while flying a light aircraft, and the correct execution of the “belly landing” will damage the aircraft just slightly with the possibility to fully repair it and return to battle again.

In the subsequent dot versions of 1.70.1945 Update, Gaijin Entertainment will also be adding weekly War Thunder Tournament events in which a skilled pilot or tanker can earn prizes and vehicle decals for notching up successful victories.