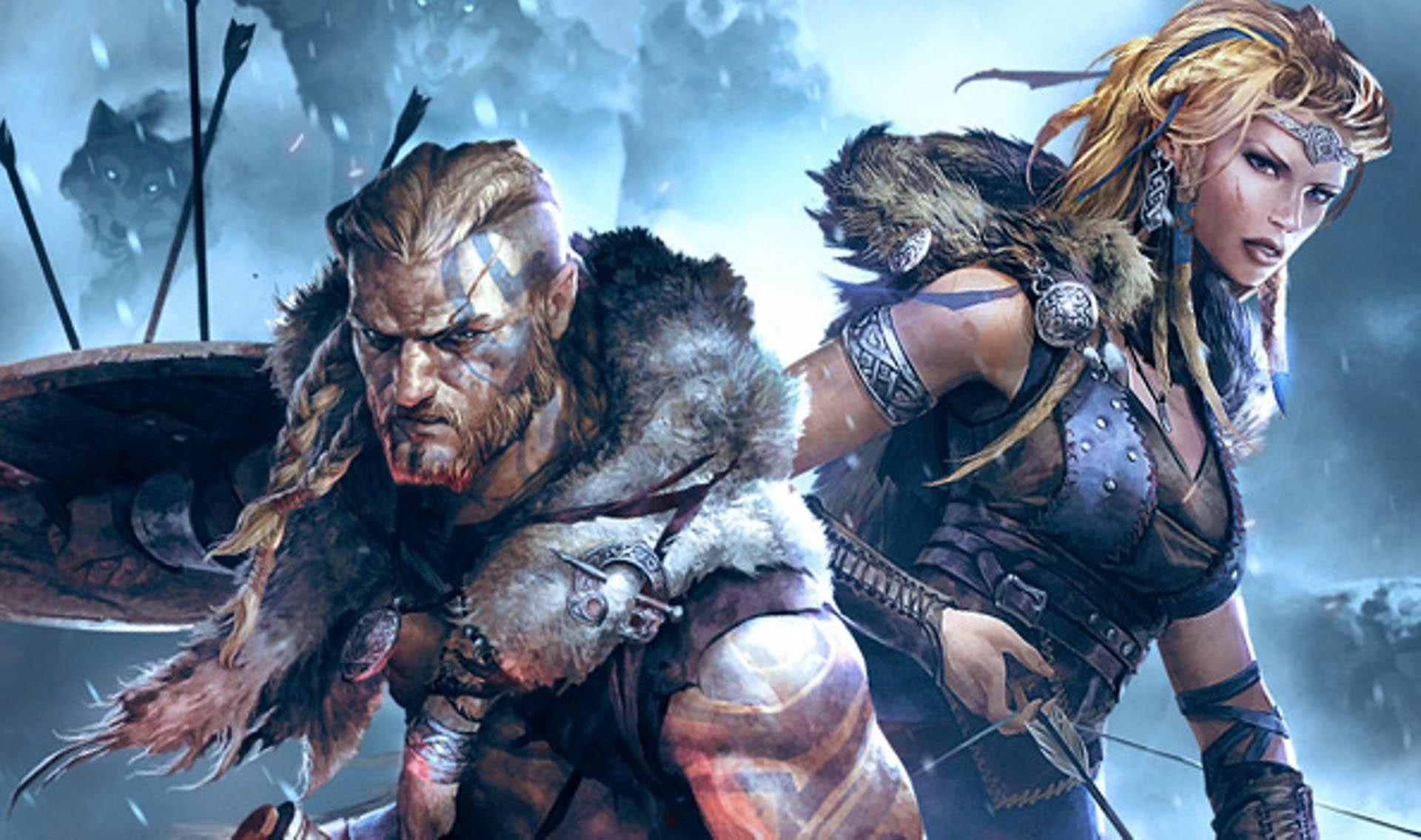 Vikings: Wolves of Midgard is an interesting title. It does a lot of things well but even after many hours of play it doesn’t stand out as a game that would be remembered for any specific elements. Yet despite that it is very satisfying having played it, not unlike the feeling after Alienation.

Vikings: Wolves of Midgard is an isometric RPG telling a story rooted firmly in Norse mythology. There is a war between God which is leading towards the end of the world, and you need to stop it. The story is okay, it gives the game a reason and a setting, but as most of the story is told between Levels, it wasn’t too engaging. Yet despite it being an average story it gives a good reason to sit back and enjoy the action in the game, so in a weird way it works for what it is. 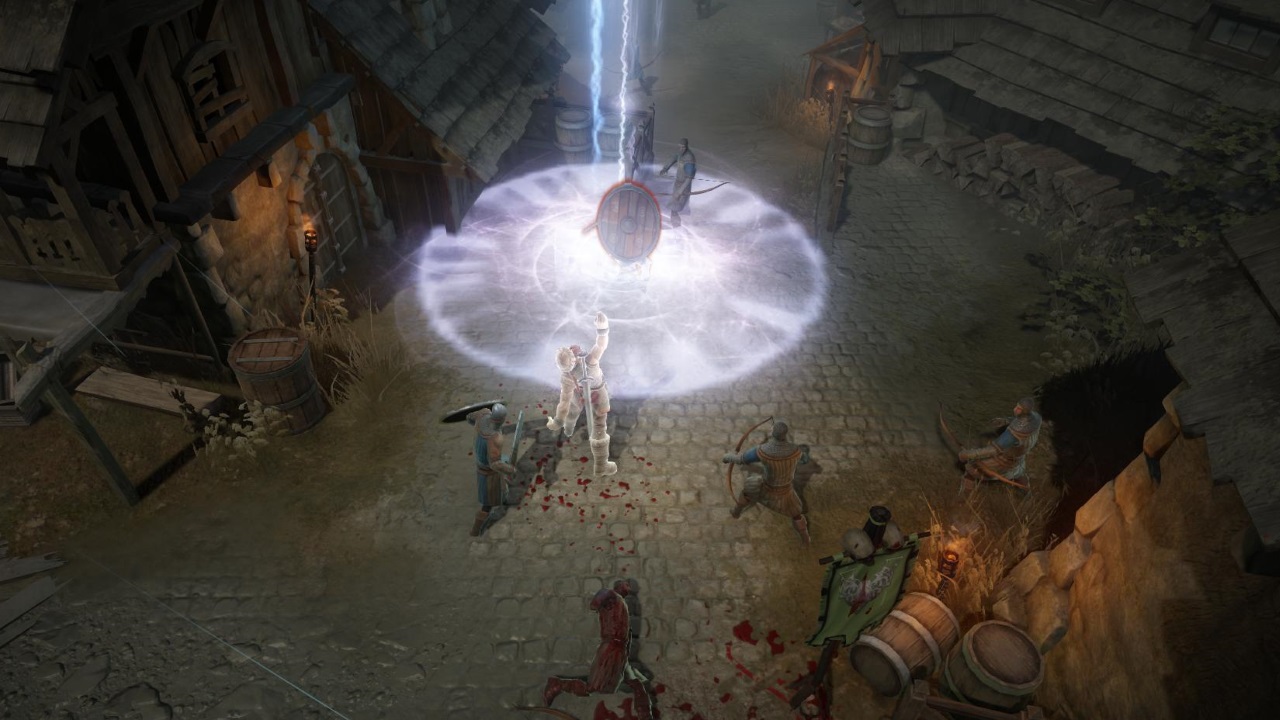 The game kicks in with a reasonable character creator, where you can choose quite a lot of variables including gender. There are enough variables to make your character feel unique, but it does pale in comparison to many other character creators. It then drops you into your first Level, where unsurprisingly you go around killing enemies and essentially dungeon crawling. The action itself epitomizes the game, it is very competent, and works well, but there isn’t anything outstanding or notable.

One element of the game viewed with mixed feelings was the skill trees. There is a skill tree with a corresponding God and weapon. One annoyance was some skills are passive, but they don’t apply when you are using other weapons which seemed arbitrary. The skill tree also tends to focus, or give abilities for, your chosen God when you first set up your character, so ideally you will end up maxing out that skill tree, mostly, before any others. This contributes to a role-playing aspect as you hone the skills for your specific character and any replays of the game can be unique.  This was annoying as it didn’t outright say anything, or it was easily missed, as some skills are specific to circumstances like weapon types, but passive ones are not, such as stat boosts. 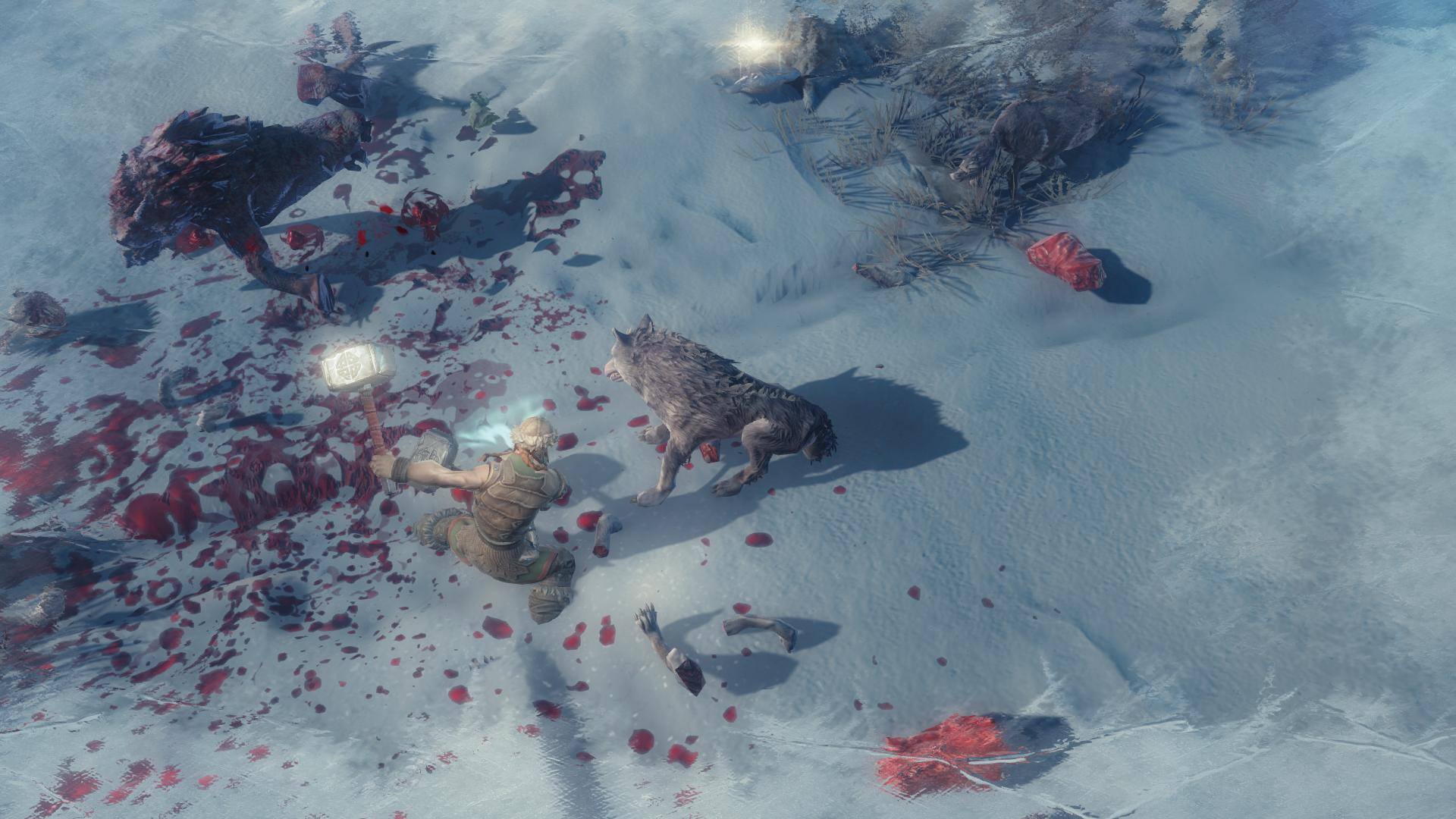 A highlight of Vikings: Wolves of Midgard is its Level designs.

The Levels look fantastic, unique and varied and with environments that can add an extra challenge to your survival.  With a game where the story isn’t a strong point, this is easily overlooked by great Level design and this is absolutely a saving grace. Hacking and slashing in the beautiful environments is an absolute blast even many hours in. On top of the gorgeous backgrounds are some amazing beasts to take down.  There is the usual fodder but as the beasts got bigger, they progressively became more intricate and interesting.

Your battle mechanic, as you would expect, is based on levels, differing enemies of higher levels take some enthusiasm and elbow grease to take down. This also true for the equipment that you may buy or pick up from your fallen foes.

There are options in gameplay where you can go on side quests, such as hunting fifty wolves for their pelt. Doing side missions like this (especially the easier ones) will aide to your Leveling up and Blood tally (Blood spores are collected from down enemies and these are used for leveling up). 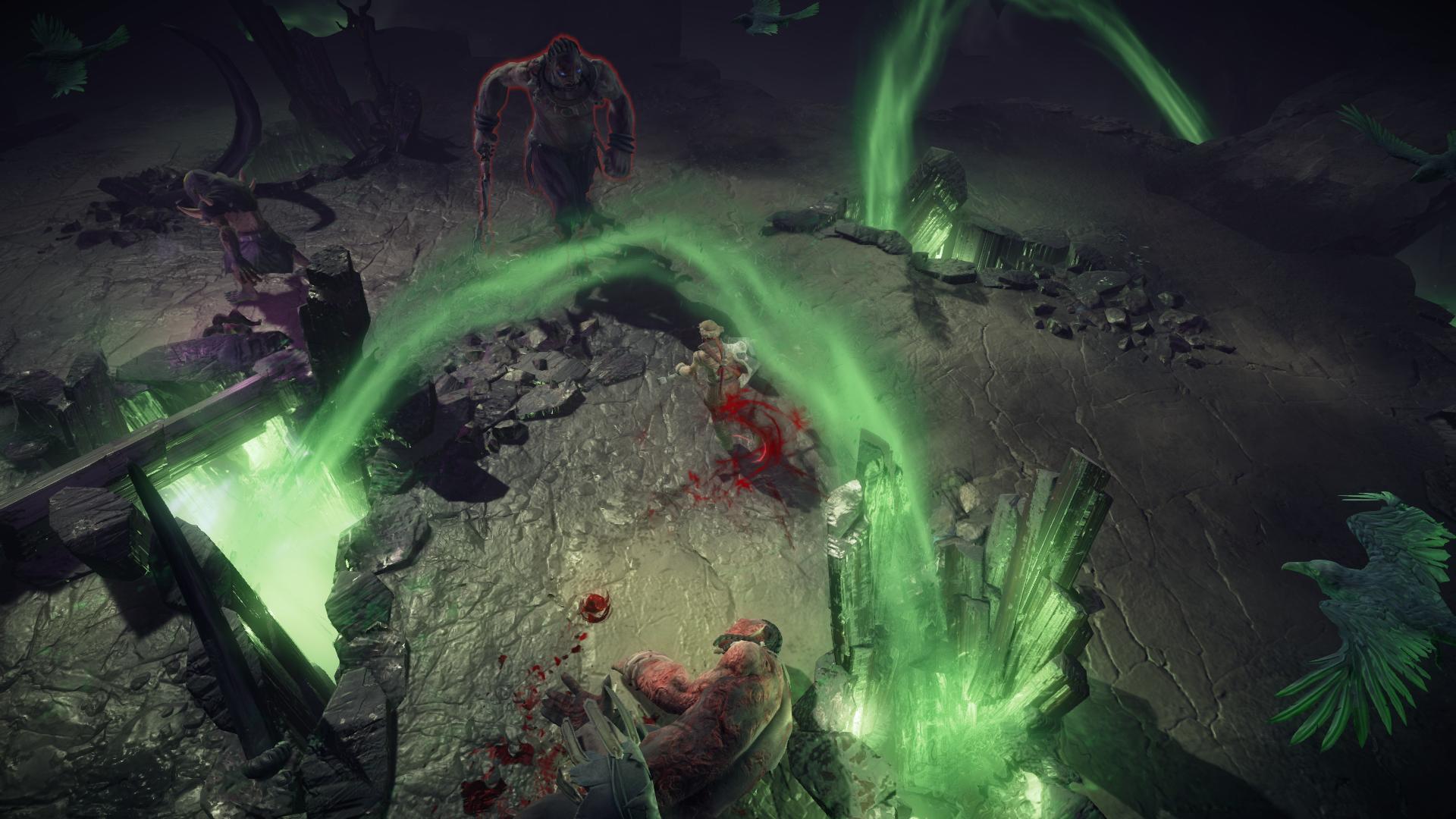 The game has online co-op, like many other isometric style games.  Which works well, and is especially important if you need to get past an annoying Level, as the difficulty spikes regularly. The difficulty spikes themselves can be frustrating as you will hit an annoying challenge, to be followed by significantly easier moments, regularly. Surprisingly on top of this it has a permadeath mode, which can only be for the insane as the game is hard enough on easy at times, so after one death in that mode it was time to call it quits.

Sometimes you have a game that is at best very good, but it scratches an itch you have, perfectly elevating a game above the sum of its parts, and Vikings: Wolves of Midgard did this. It doesn’t do anything overly unique. Instead it does a great job of being a slightly different isometric game with a different style, different combat, and enough of a different story for the genre to make the game worth a look. 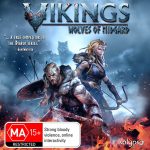