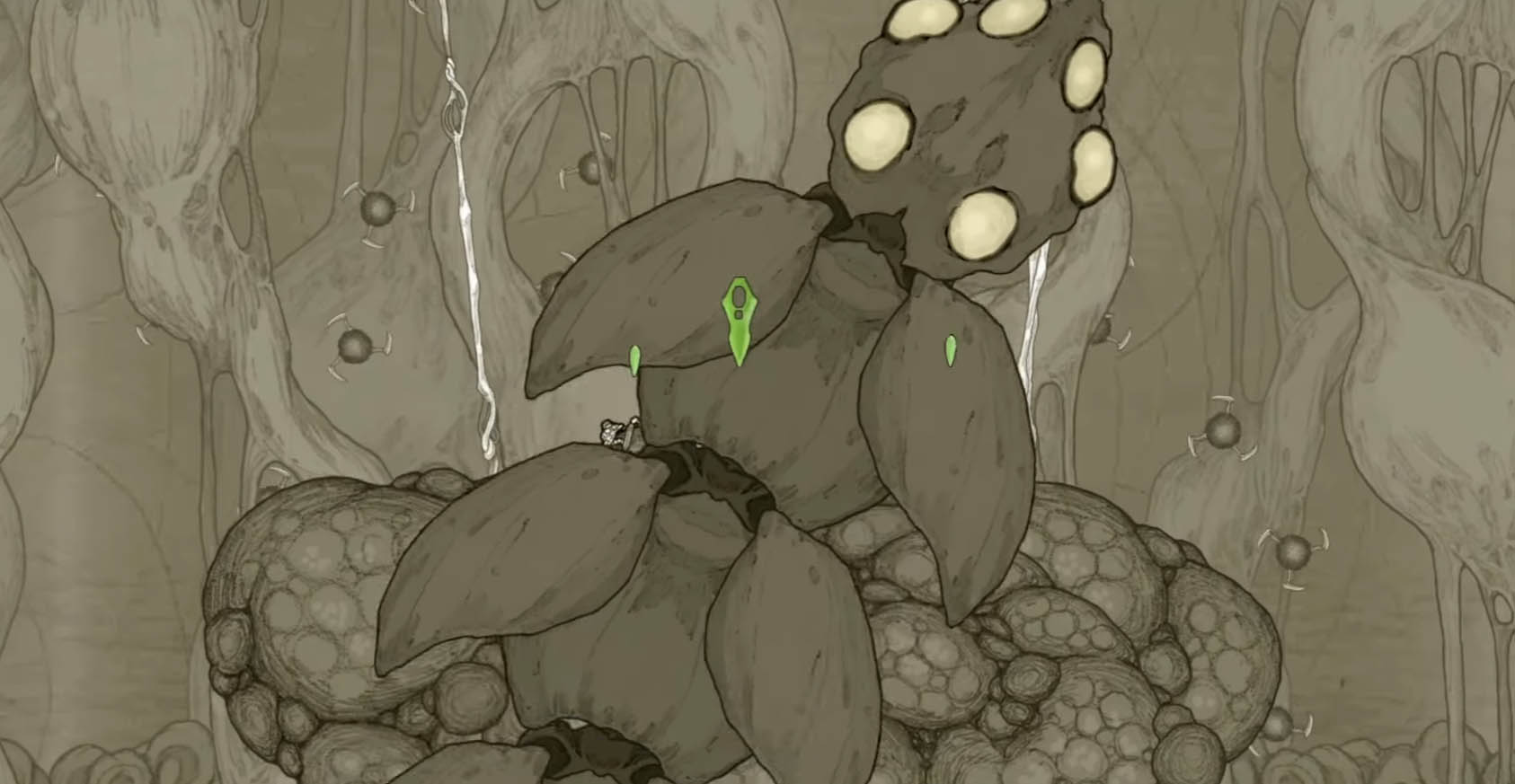 Shoot ‘em ups are an interesting genre. There is no shortage of games where you can fire insane number of bullets into enemies at rapid rates, and thanks to indie devs we have a lot of them, especially on PC, most of which are at a minimum range of good. So how to stand out from the crowd is a question many must ask themselves, a good story perhaps? A beautiful art style? One of these can push you over the line and Original Journey does so with the latter, its art.

Original Journey tells the story of a young rookie explorer of the Ato race who is one of many in a team of Ats who have traveled to Planet Shadow to find energy sources so they can restore the core of planet Ato and save the lives of their many people. Unfortunately, on Planet Shadow they didn’t find the energy source they need, but hostile aliens as well, so you must venture out to kill enemies, help other Ato on the mission and find energy. As you are doing so you discover there is more to the expedition than originally thought, but as the plot doesn’t thicken up much more than that I’ll leave it there. 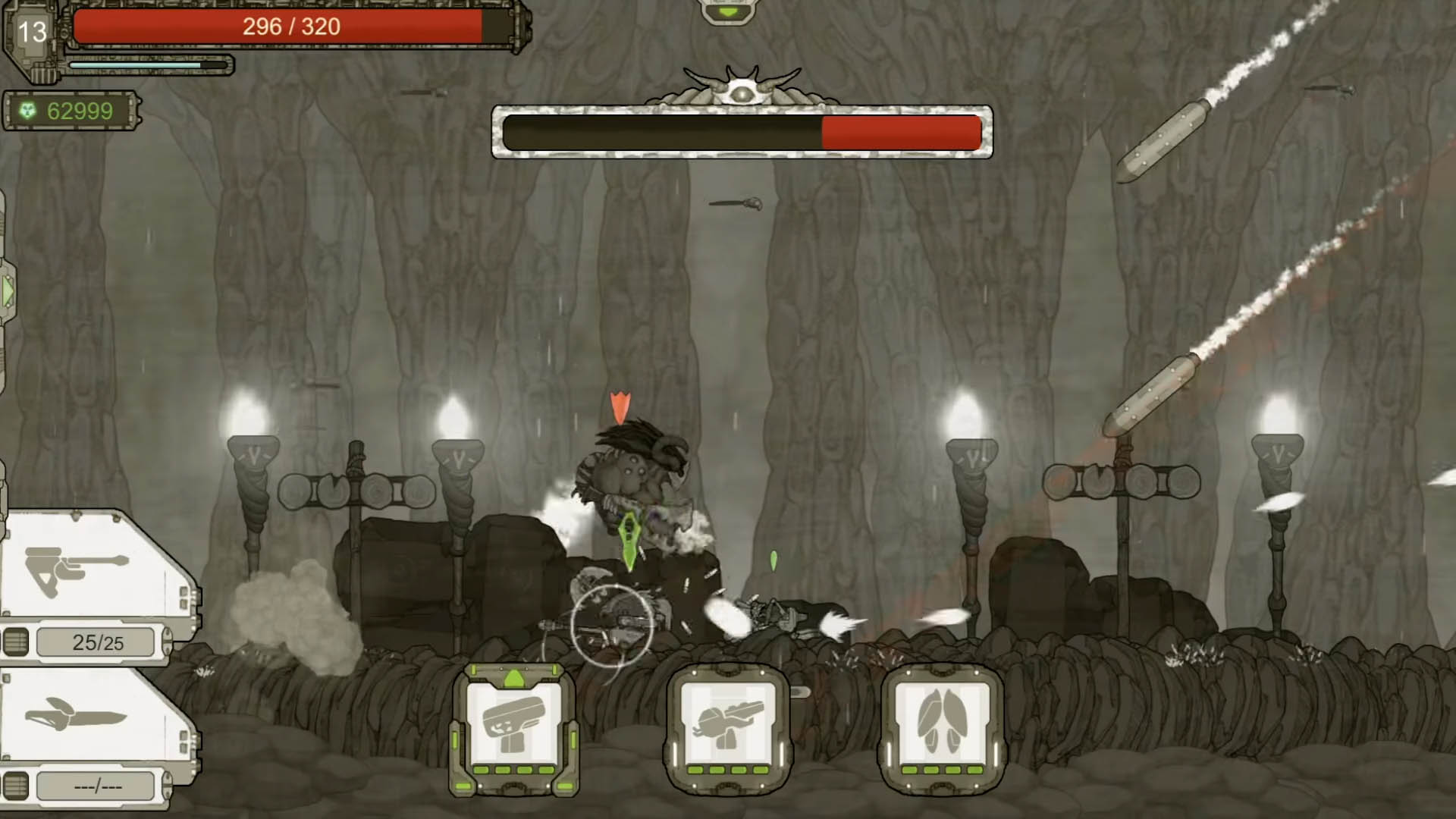 The plot is fine, it gave me enough motivation to read the terminals and want to know what’s going on. Terminals with messages annoyed me though, as they didn’t appear to clear after you read an email so I regularly read the same ones repeatedly, but minor gripes aside it doesn’t get much more intense or interesting than that. The gameplay though is fantastic.

From the outset, Original Journey recommends using a controller, and for good reason. The gameplay revolves around short Levels where you jump around defeating all the enemies at any given time. This is done using two weapons you choose before going on a fighting session, which is controlled using the triggers, with each controlling a different weapon. This is crucial as it allows you to feel in control at times, and switch weapon style fluently.

The short Levels and the way you enter Levels is the real winner in Original Journey, as from your hub world you get transported to a field, fight, beat all the enemies, call to be picked up then decide, either to keep fighting, or return to base. If your health is getting low it may be worth returning to base, so you can go and upgrade your weapons, drop off your loot and heal up, but it will put you back to Level Zero when you want to go back to the fight. Continuing, risks your death which will put you back to base, but your items are left on the battlefield, which you have one chance to pick up. The next time you have a crack at battling you need to get to the same Level and collect the tidy loot box you left behind.

Weighing up continuing vs taking back some good loot was when Original Journey was at its most fun. 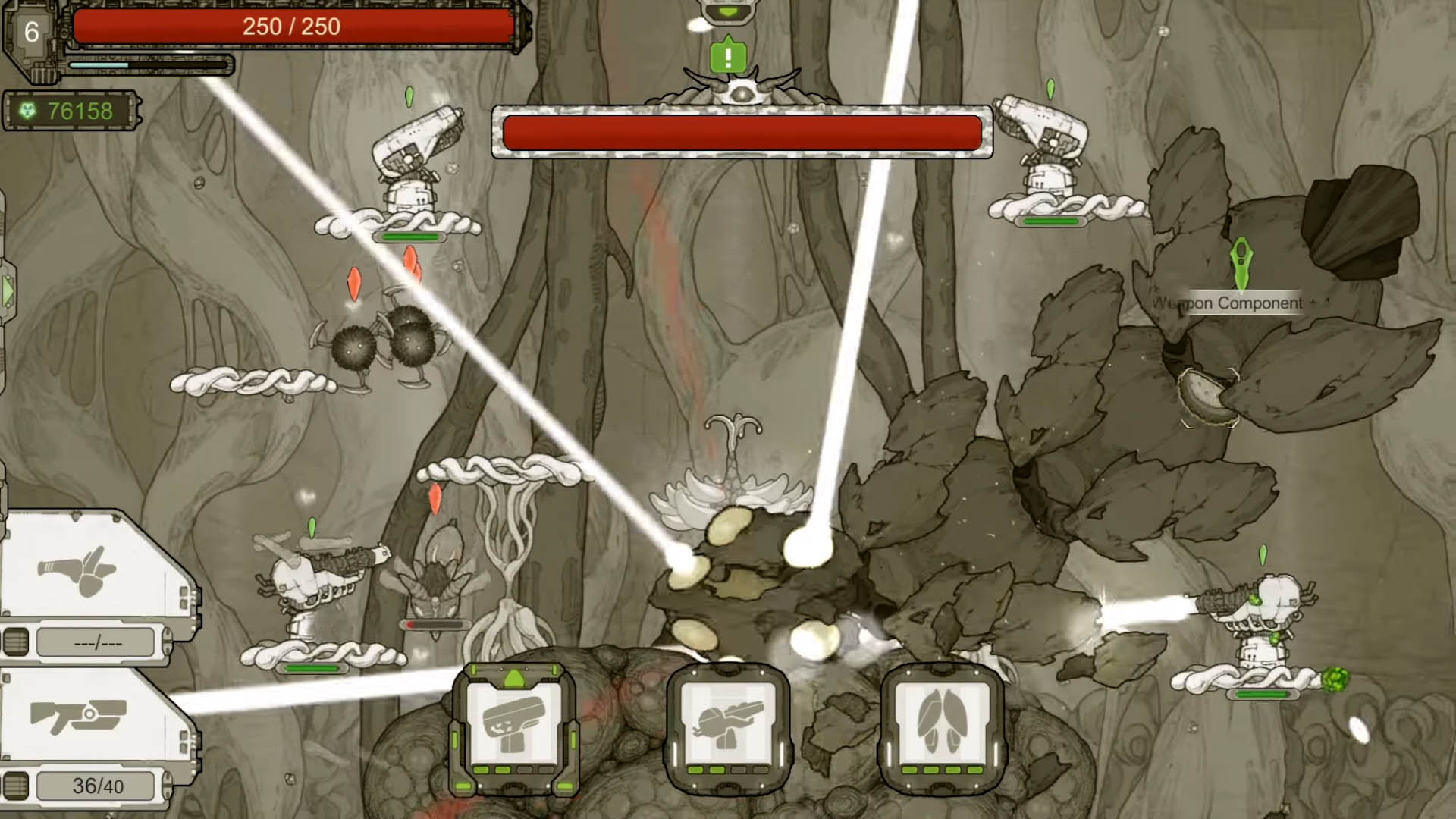 The not knowing what could be in the next stage kept me wondering regularly. But the other hook that couldn’t go amiss is the art style, which consists of beautifully drawn designs, emphasized by its black and white colour schemes. There are occasional splashes of colour used, normally green on the good side, red for enemies, and occasional blues, which is used sparingly to give a wonderful effect.

In the grand scheme of things, Original Journey is a solid 2D shoot em up, with real short Levels, and a unique story. Its real hook is the great art style making it both wonderful to the eye, oddly unique, and worthwhile for anyone who enjoys the genre.