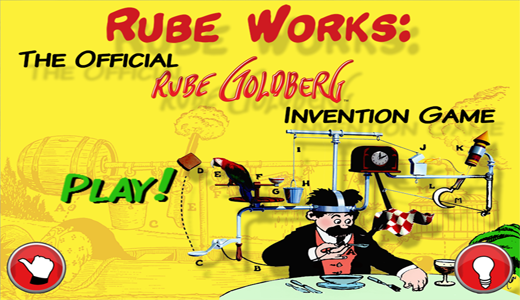 The first officially licensed Rube Goldberg game, ‘Rube Works’ features Rube’s cartoons, contraptions, and irreverent humor and animates his iconic invention cartoons in a way never seen before. ‘Rube Works’ combines the puzzle genre with slapstick humor and creative problem solving. Imagine the goal is to carve a turkey — and you have a penguin, a bucket, a rooster, a box of sand, a sea sponge, a seesaw and an ice cream maker to complete the task. Then imagine connecting these objects together with string and pulleys along with the laws of gravity and cartoon physics to create a Rube Goldberg machine and proceed to the next level. 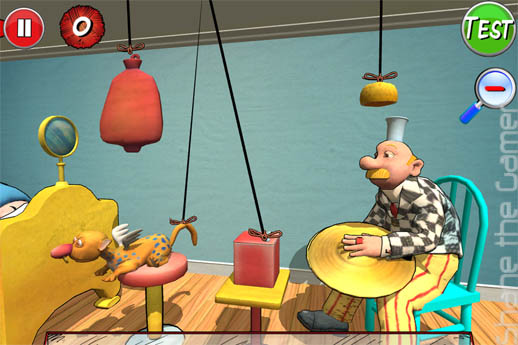 “Electric Eggplant has a strong background in books, games and apps, and we are excited to partner with them to publish one of our first games under the Unity Games label”, said Oren Tversky, VP of Unity Games. “We believe that ‘Rube Works’ captures the humor and nostalgia of Rube Goldberg’s work and know that fans of both Goldberg and of physics puzzle titles will enjoy the game”. 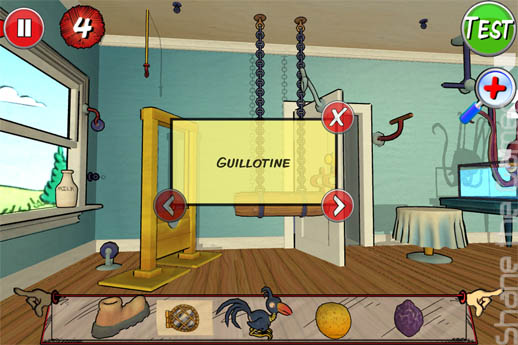 “From the elaborate contraptions of the Wallace & Gromit stop motion films to the classic board game Mouse Trap, the cultural influence of Rube Goldberg’s amazing cartoons, has been immense,” said David Fox, Co- Founder and CEO of Electric Eggplant , “For ‘Rube Works, The Official Rube Goldberg Invention Mobile Game’, we have meticulously drawn upon Rube’s archive, recreating and modernising his funniest and wackiest contraptions for mobile and tablet gamers”.
Scroll Up