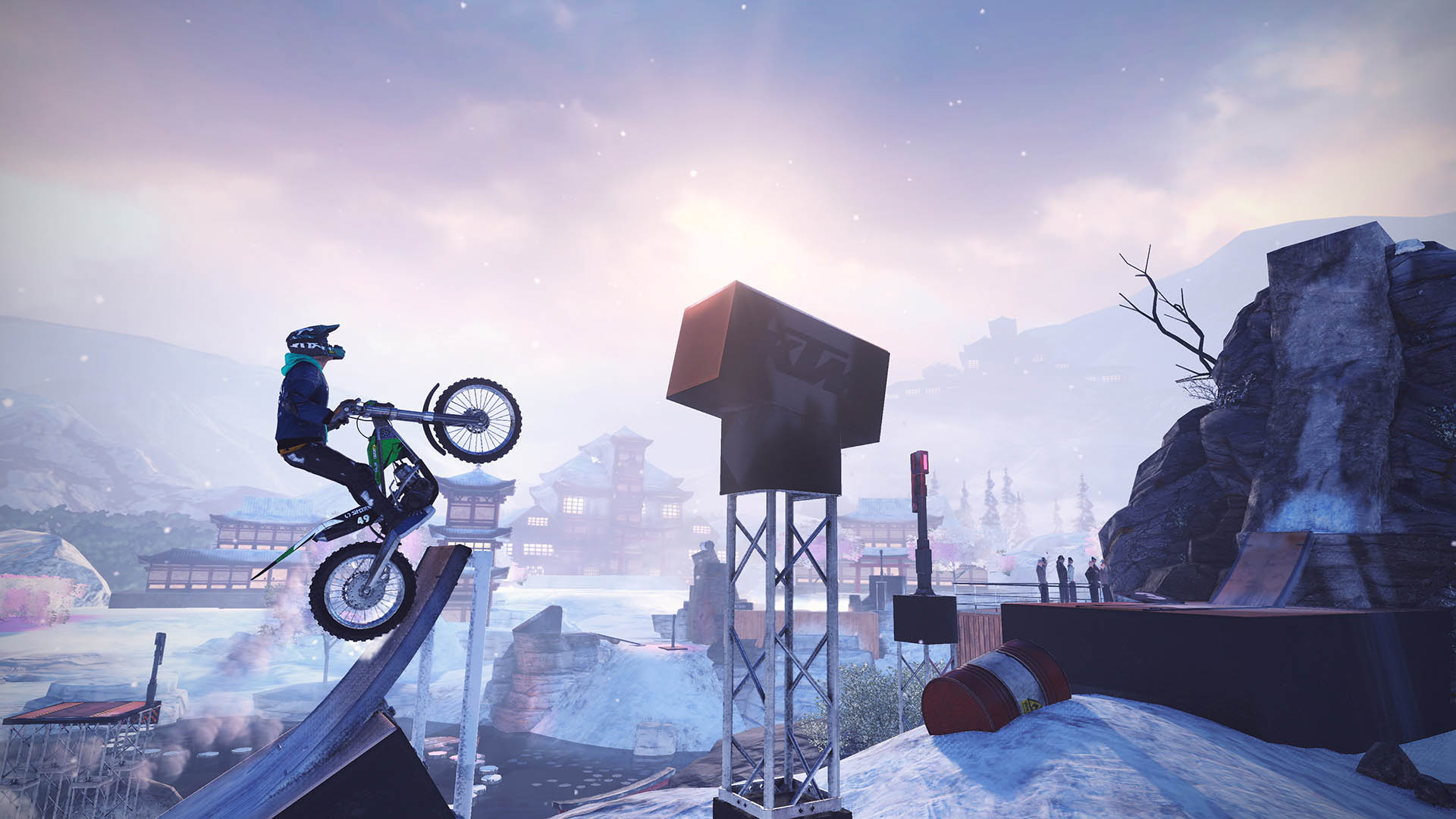 If ever there was a gaming franchise that the phase “just one more go” was made for, it would be RedLynx’s trial games. Whilst the game has been about since 2000, it was Trials HD in 2008 that turned a whole legion of Xbox 360 owners into cursing, insomniac wannabe motorcross riders.

Trials Rising is more of the same, exquisite, obsessive fun. 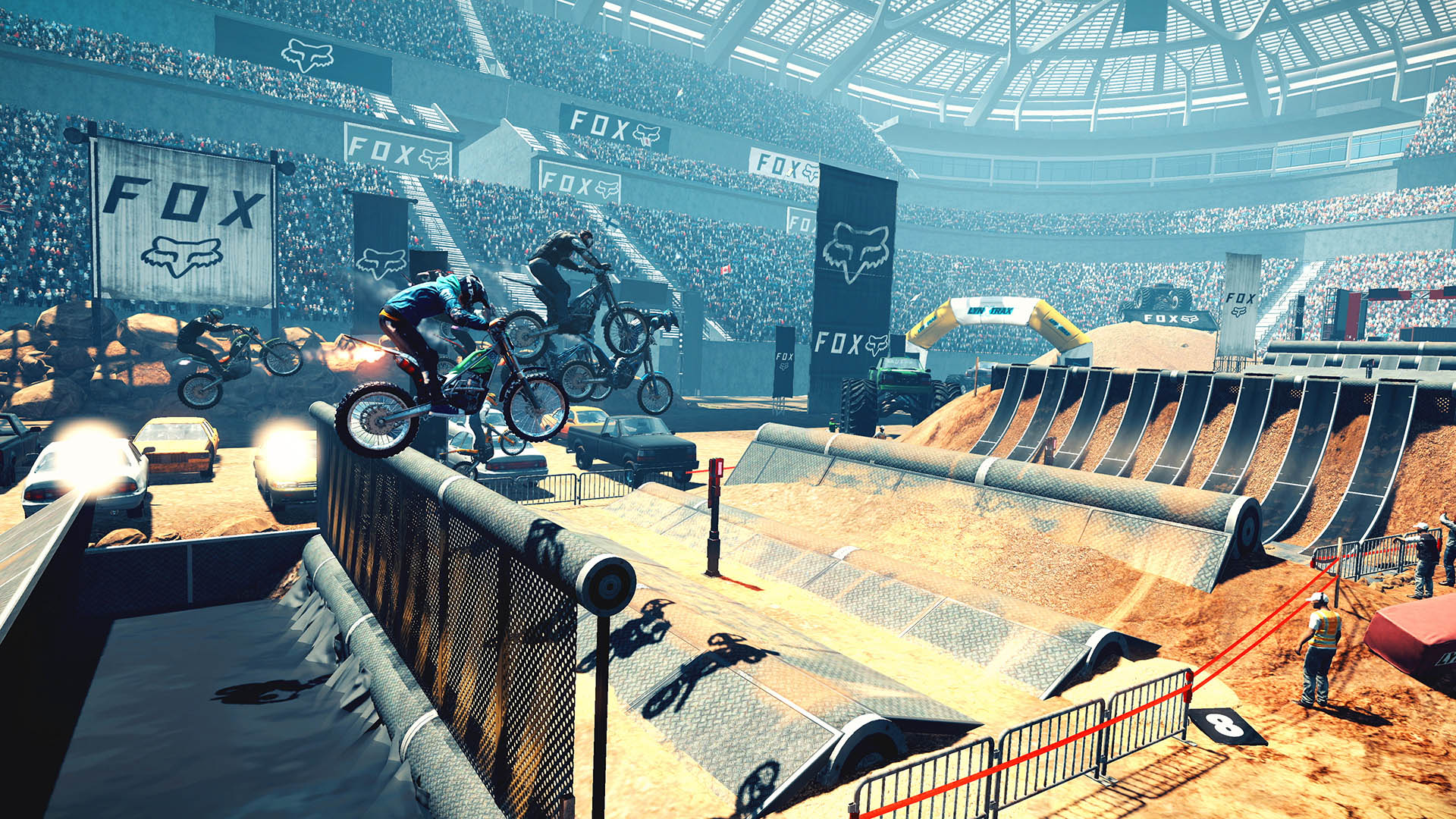 Deceptively simple in its execution, as with previous entries, Trials Rising’s side-scrolling 2.5D gives players control of a motorbike’s acceleration and deceleration, plus the rider’s position- leaning forwards, backwards, sitting and standing. There’s no steering involve as the bike travels left to right across a range of tracks.

Using the rider’s position to orientate the bike, players must negotiate steep climbs, near vertical drops and impossible jumps. Along the way you pass checkpoints which you can use if you come off during that section of the course. Or, you can start the entire course again to get that perfect score. And this is what certainly brings out the eye-twitching obsessive in me.

If you are familiar with the series, you’ll be right at home. The tracks are fiendishly well made allowing for some breathtaking jumps and stunts. Each track has a different theme, maintaining interest with the array of colours, explosions and pyrotechnics. If you do come a cropper, the poor rider ragdolls all over the place, making even failure a bit of a giggle. 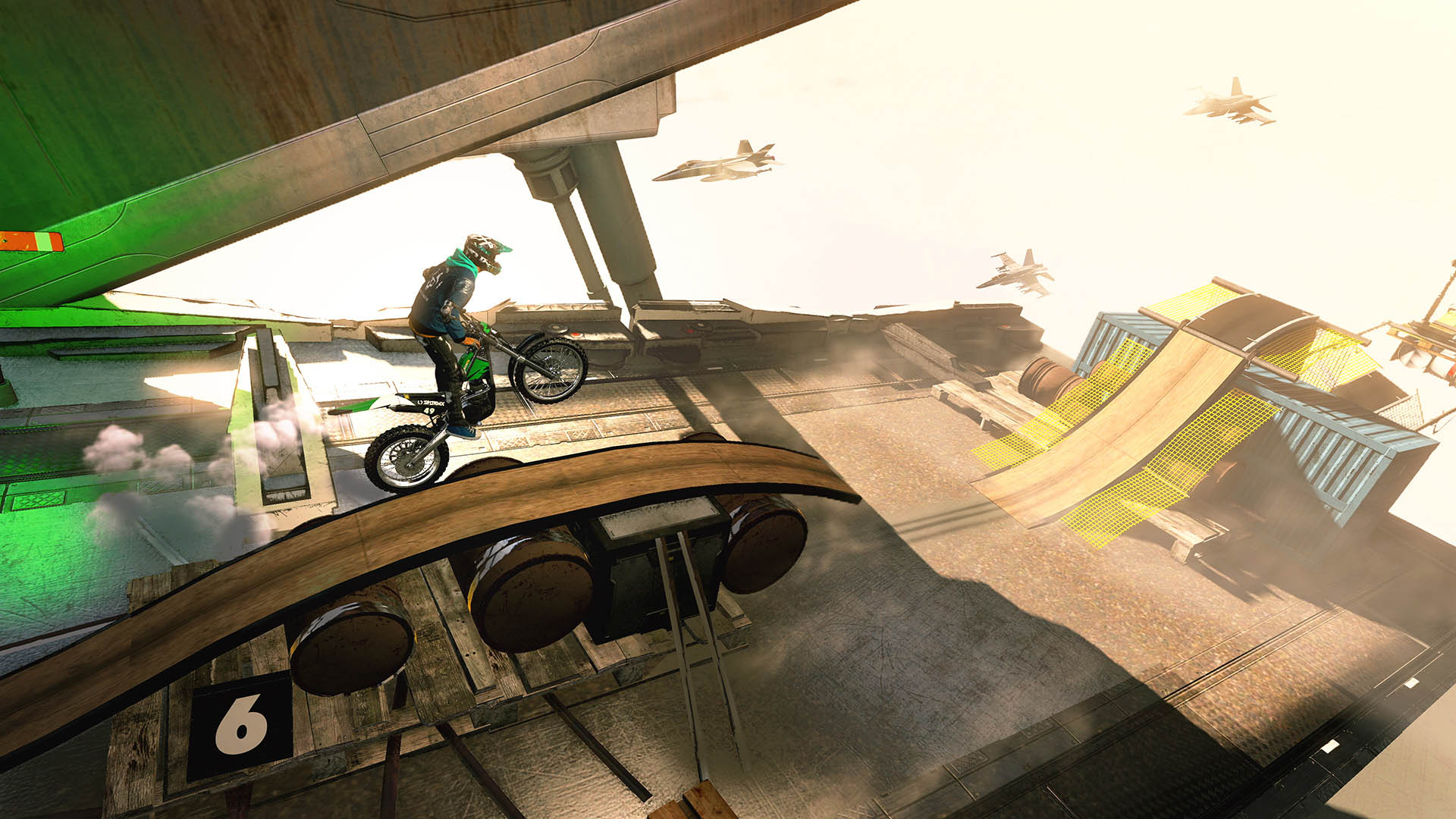 Trials Rising has the player competing in absurdly-themed courses all over the world in a single-player completion, but with the ghost bikes of other players to try and beat. Top times are updated dynamically, to you’ve got constant competition across the world map. As before, you need to collect trophies in order to unlock the stadium final and move onto the next location.

Players can also go head-to-head online. The format is exactly the same as solo, except there’s no restarts and more immediate shame when you crash, and you will crash.

Whilst Trials Rising can be infuriatingly challenging at times, the gameplay, particularly the physics simulation, is finely tuned. The game is very fair – rewarding skill and punishing carelessness. When you do mess up, you know it’s down to you. Yes, you can continue and get a silver star, if your time is still good. But if you want that gold, you’ll need a perfect, faultless result. And each time you fail, you are just so close to succeeding. Surely, you think, next time you’ll do it without falling off… 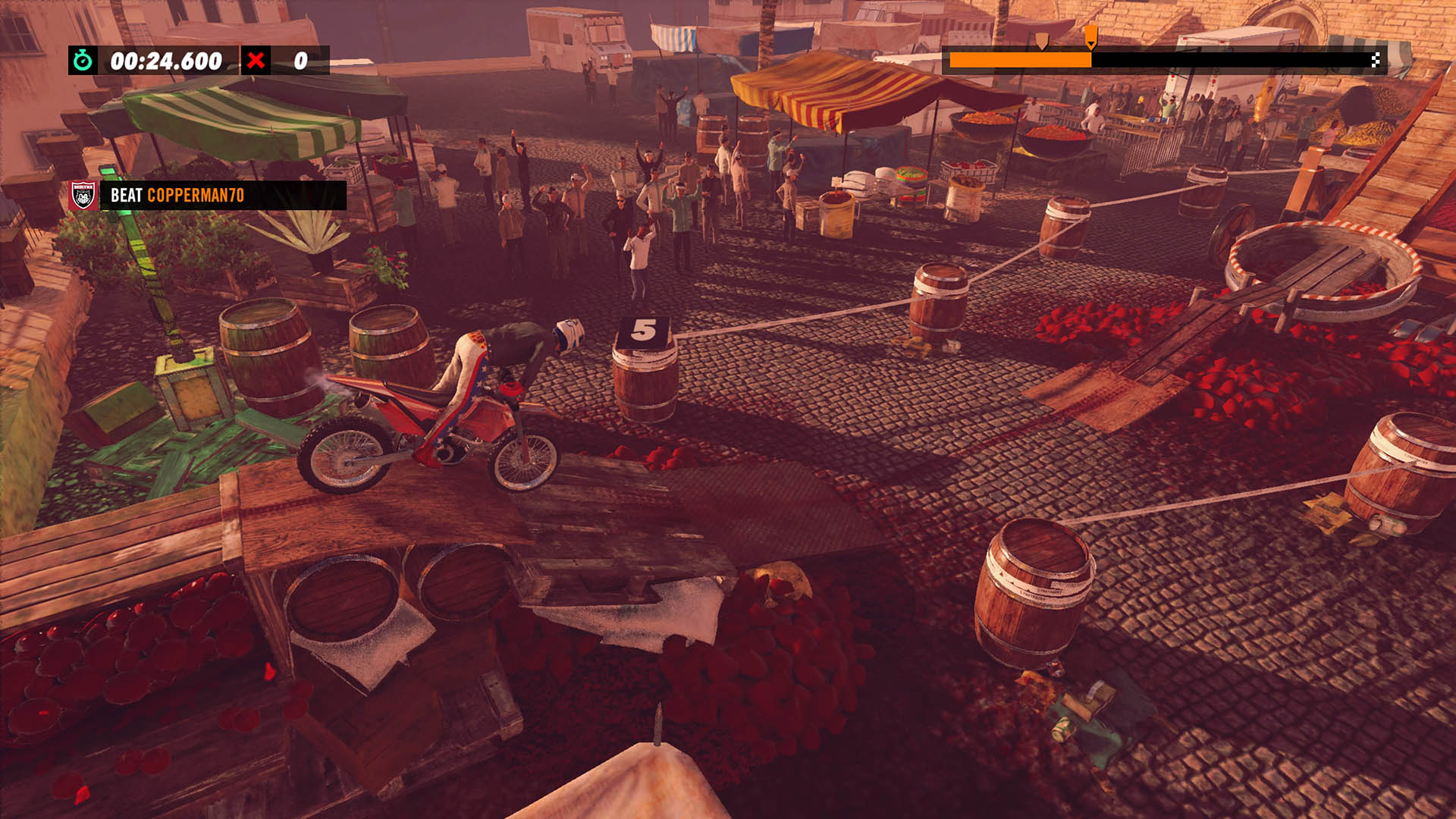 The game ships with an editor, allowing players so inclined to build their own courses. I found it an exercise in frustration, much preferring to sample tracks created by other players with a lot more time/patience than myself.

RedLynx have refined their arcade motocross franchise to give us the most polished and good-looking Trials game to date. The game looks great and plays even better. Trials Rising is available now on Windows PC, Xbox One, PlayStation 4 and Nintendo Switch.