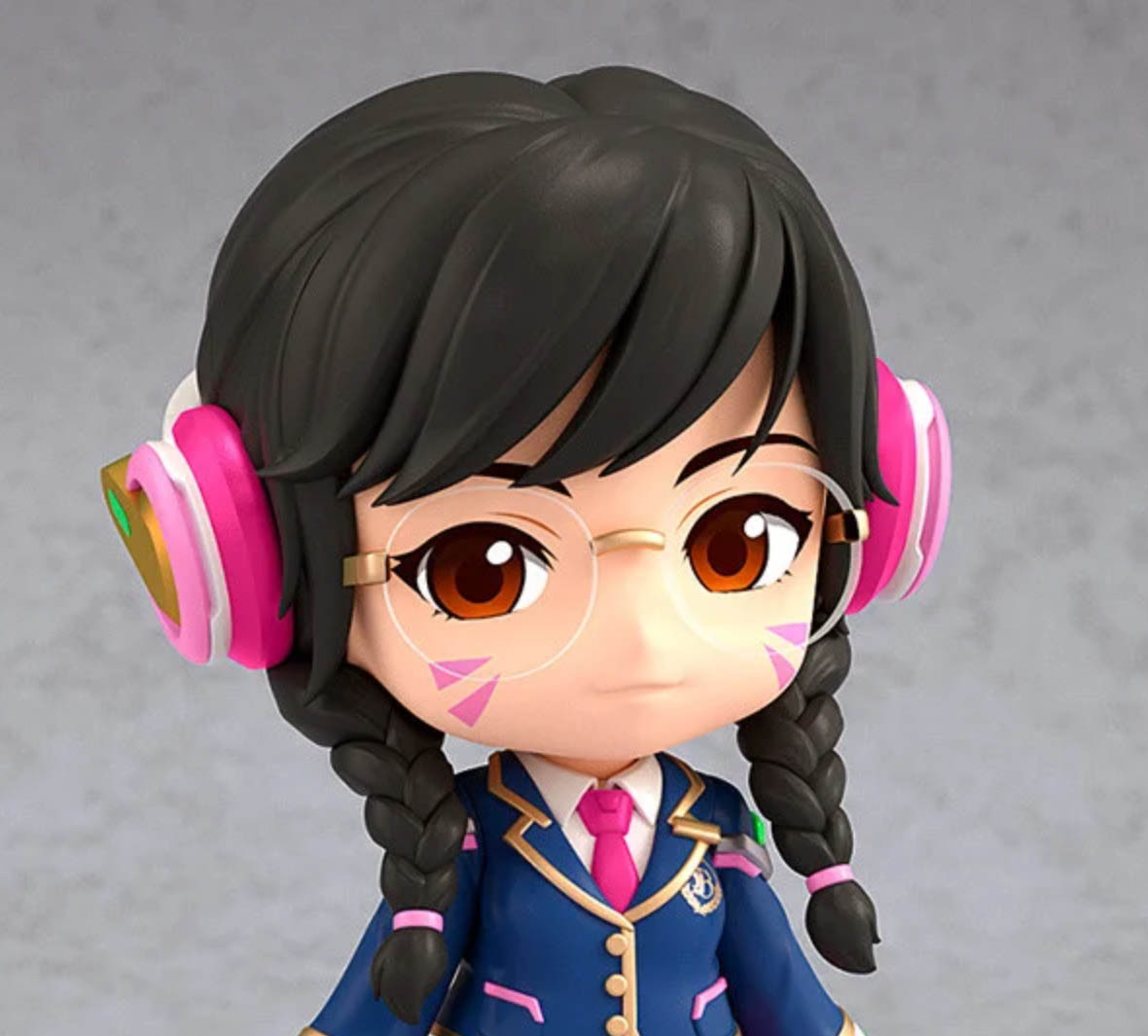 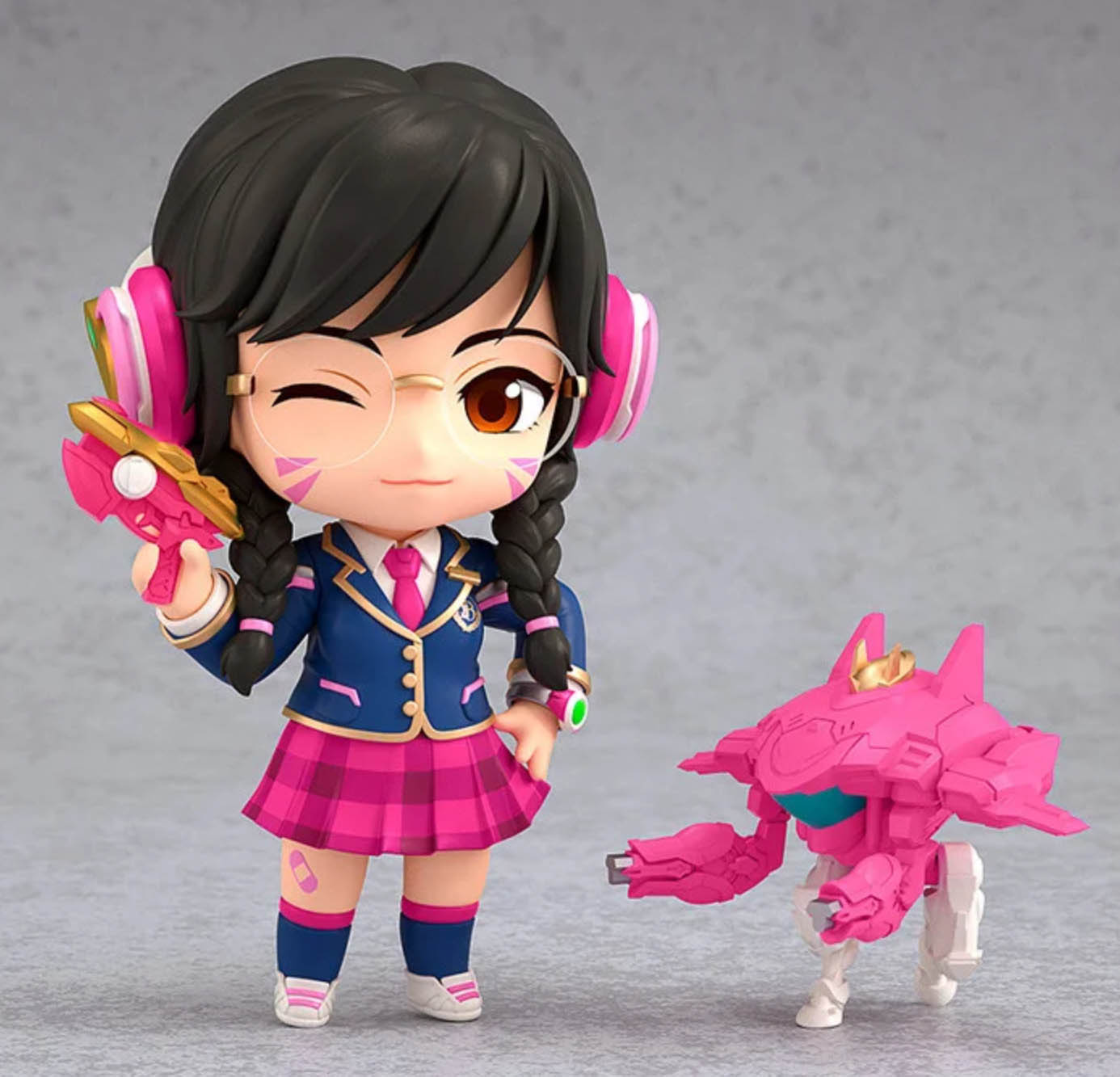 This Nendoroid figure captures all of the cuteness of Academy D.Va in her uniform, and features three interchangeable face plates as well as removable glasses, allowing for various display options.
Pose Academy D.Va in combat using her light gun, or jumping into action with her MEKA unit. The striking gold accents of both her gun and the poseable miniature MEKA have been captured in stunning detail.

Nendoroid D.Va: Academy Skin Edition is now available for preorder at the GOODSMILE ONLINE SHOP and at participating retailers worldwide.