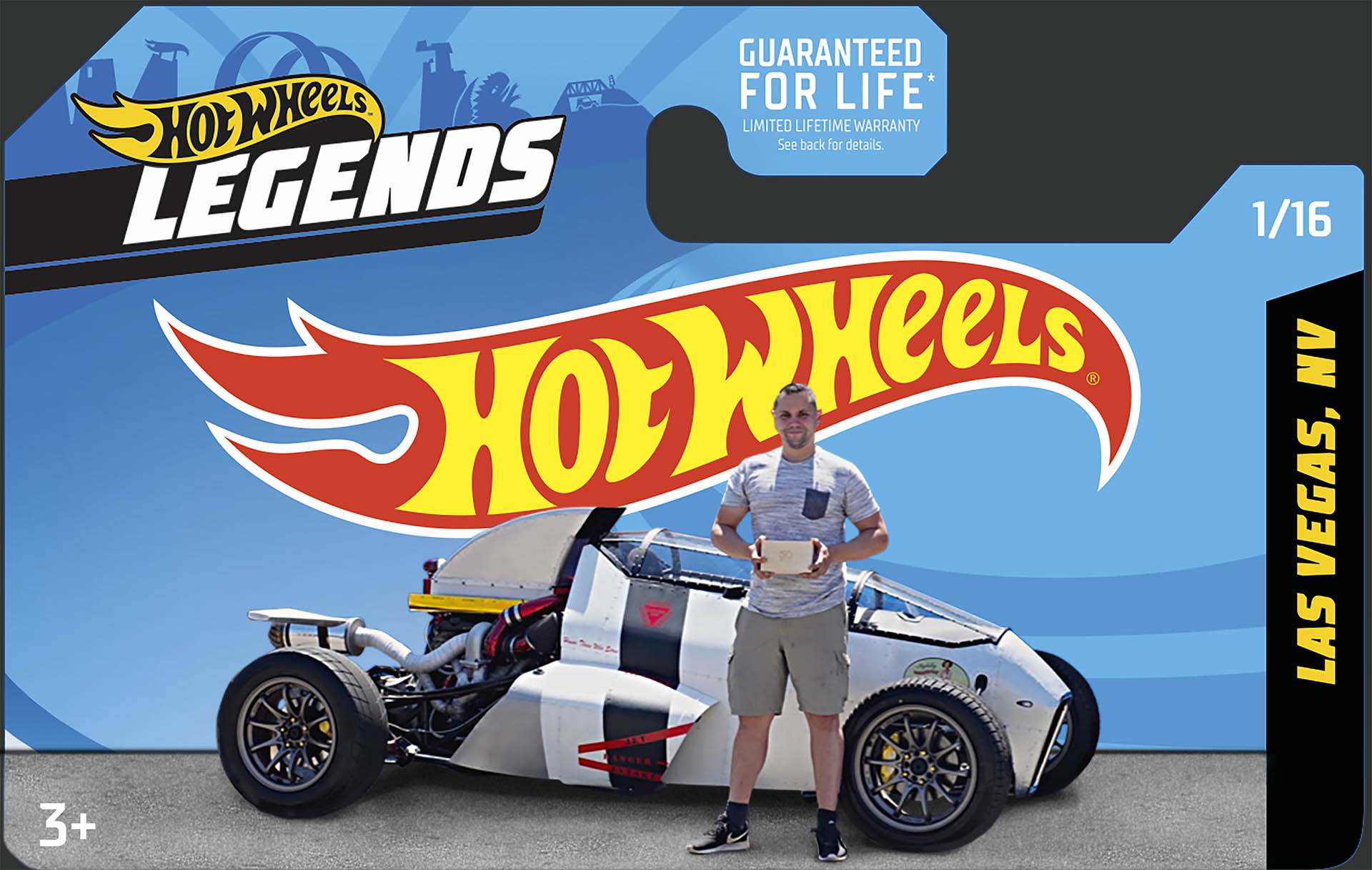 Hot Wheels announced Luis Rodriguez and his 2JetZ custom car as the winner of the Hot Wheels Legends Tour, a 15-stop tour that scoured the nation in search of a custom car worthy of being made into a 1:64 die-cast toy. The tour was launched in celebration of the brand’s 50th Anniversary.

Rodriguez’s 2JetZ, an open-wheeled jet car, was chosen from more than 3,600 custom cars entered in the Legends Tour and selected for its originality and arresting design. The announcement was made at the 2018 SEMA Show, world-renowned auto show in Las Vegas, where all 15 finalist cars are on display alongside Hot Wheels’ fleet of life-size vehicles.

“All our Legends finalists on display at SEMA are winners — each custom build embodies originality, authenticity and the garage spirit,” said Chris Down, SVP & General Manager, Hot Wheels. “The 2JetZ looks like it performs and everything about it was built from the ground up. Its forward design aesthetic will add variety to the Hot Wheels line and is a car that both adult fans and kids will love.”

The 2JetZ design is inspired by a fighter plane in honor of American veterans. With more than 600 horsepower and a driver’s seat in the middle of the vehicle, the car is crafted with a focus on high-performance and high-end design.

“Hot Wheels has crowned me as a winner, and I get the chance to represent some of the most creative and beautiful designs that I’ve seen,” said Luis Rodriguez. “With my car, I wanted to create something from scratch that tested my ability as a builder and I am happy that the 2JetZ has taken me on this journey.” 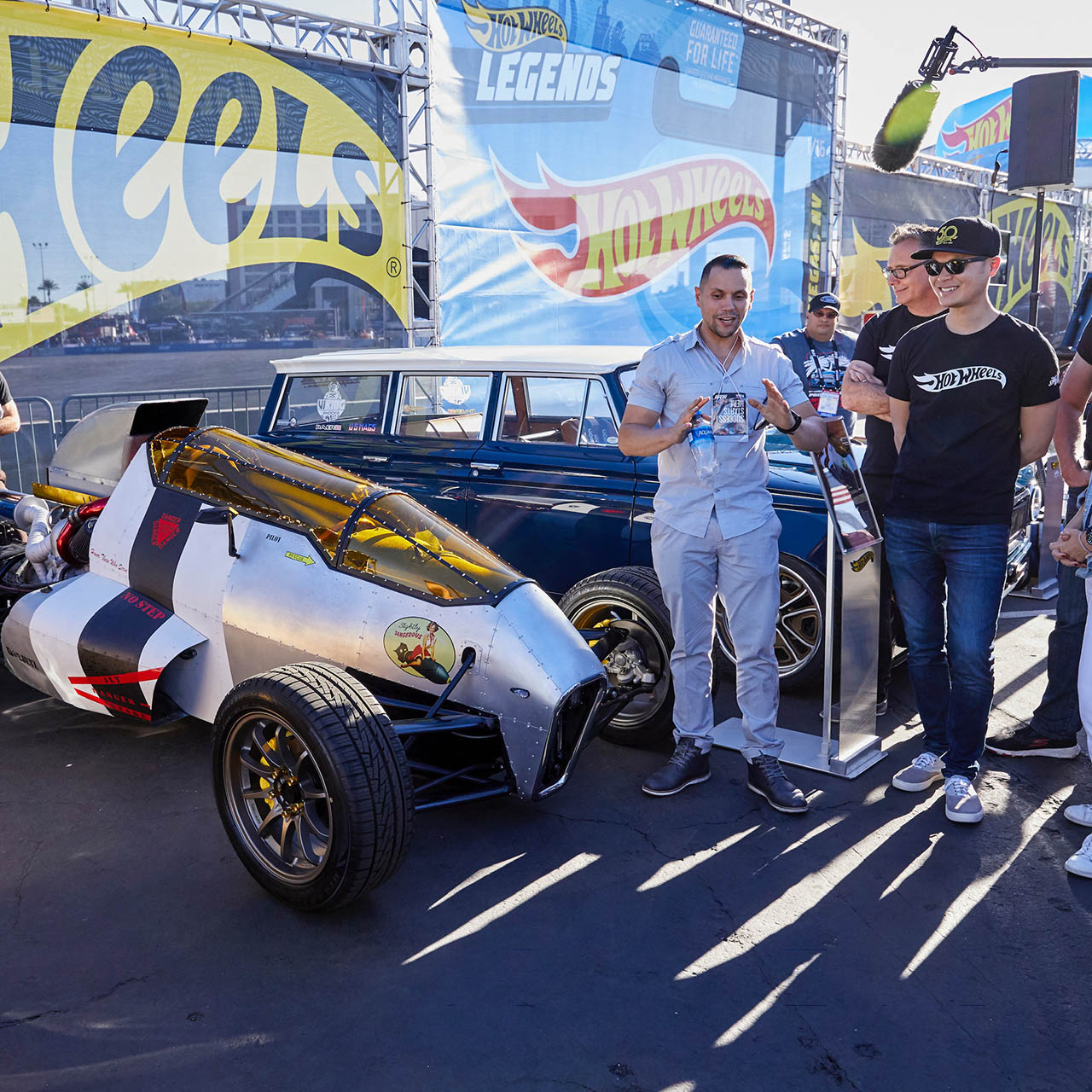 At SEMA Auto Show in Las Vegas, Hot Wheels unveiled Luis Rodriguez’s custom 2JetZ as the winner of the first Hot Wheels Legends Tour. The 2JetZ will be immortalized as a die-cast toy car and sold in 2019.

“Hot Wheels has always been about variety and this year’s 15 Legends finalists are a perfect example of that,” said Down. “While 2018’s winner is an open-wheeled jet car, who knows what we will see from next year’s Legends challengers!”

The Legends Tour winner’s life-size car and die-cast version will be inducted into the Hot Wheels Garage of Legends, a collection of one-of-a-kind cars immortalized as Hot Wheels die-casts that meet the brand’s high standards of style and performance.