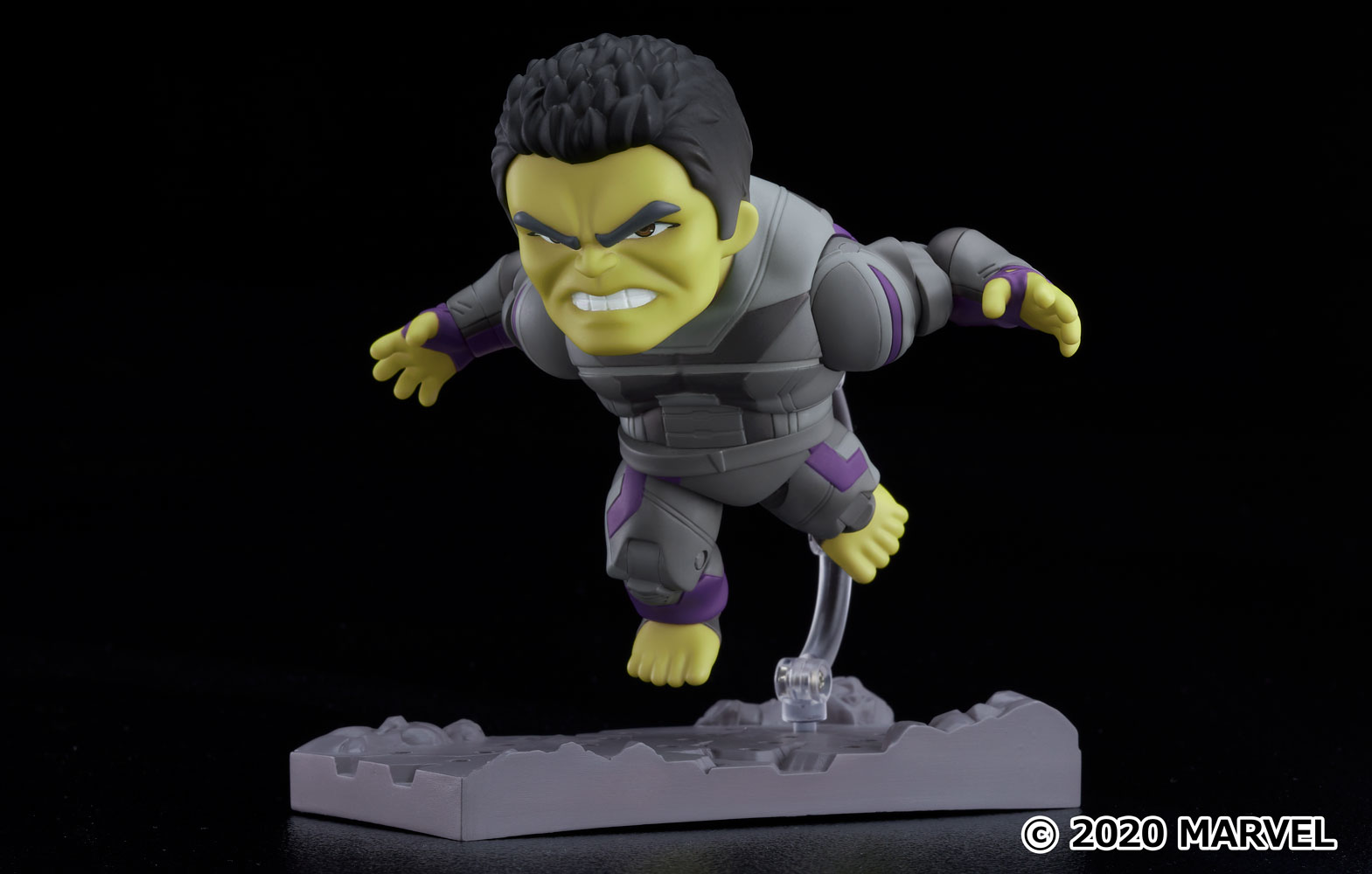 The Hulk joins the Nendoroid series.

From “Avengers – Endgame” comes a Nendoroid of Hulk.

He comes with both a standard expression face plate and an angry expression face plate. The Nendoroid features adjusted body proportions to reflect and match the original character and the the Nano Gauntlet is included as an interchangeable arm part and can be displayed either with an open palm or with one finger pointing. 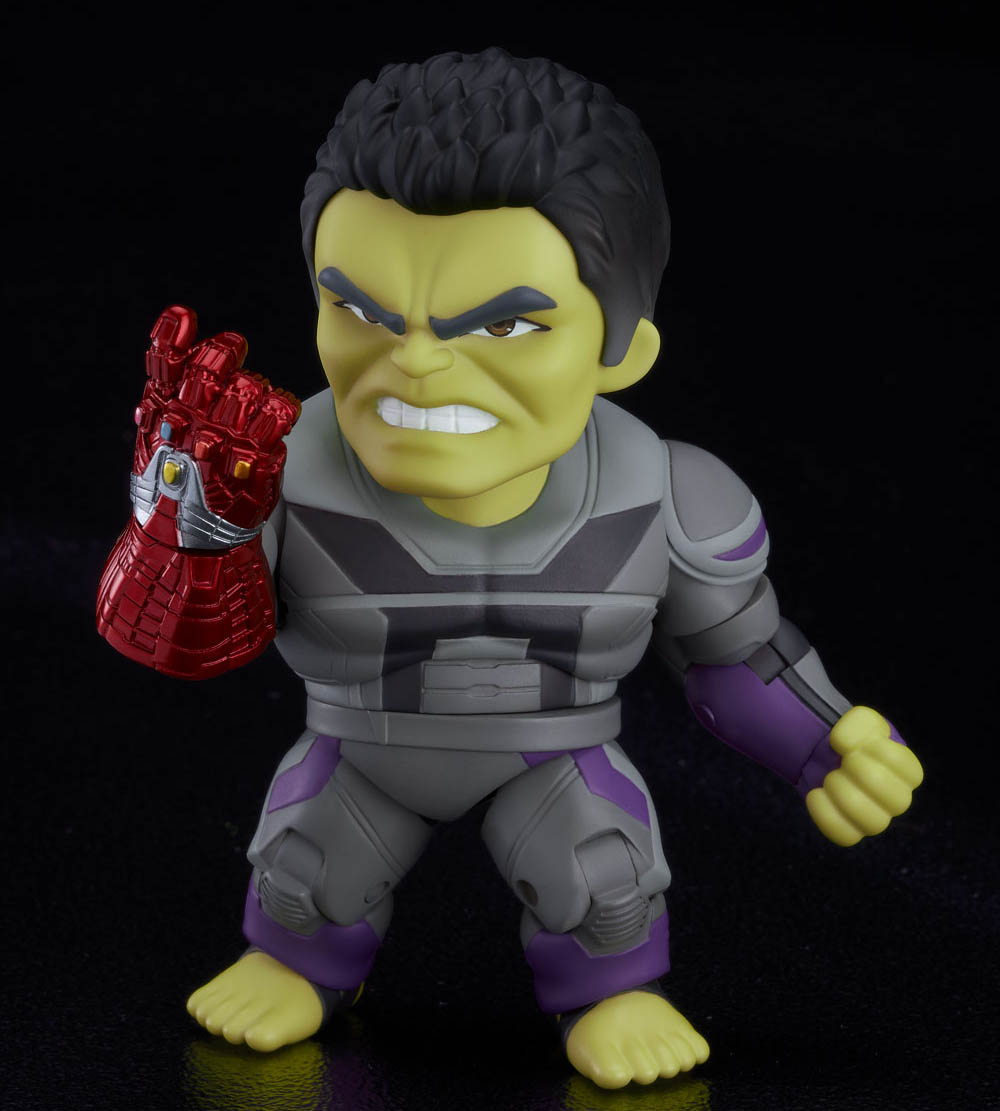 Also included is a special base for recreating the final scene from the film.

Nendoroid Hulk: Endgame is now available for preorder at the official GOODSMILE ONLINE SHOP. Be sure to add him to your collection. 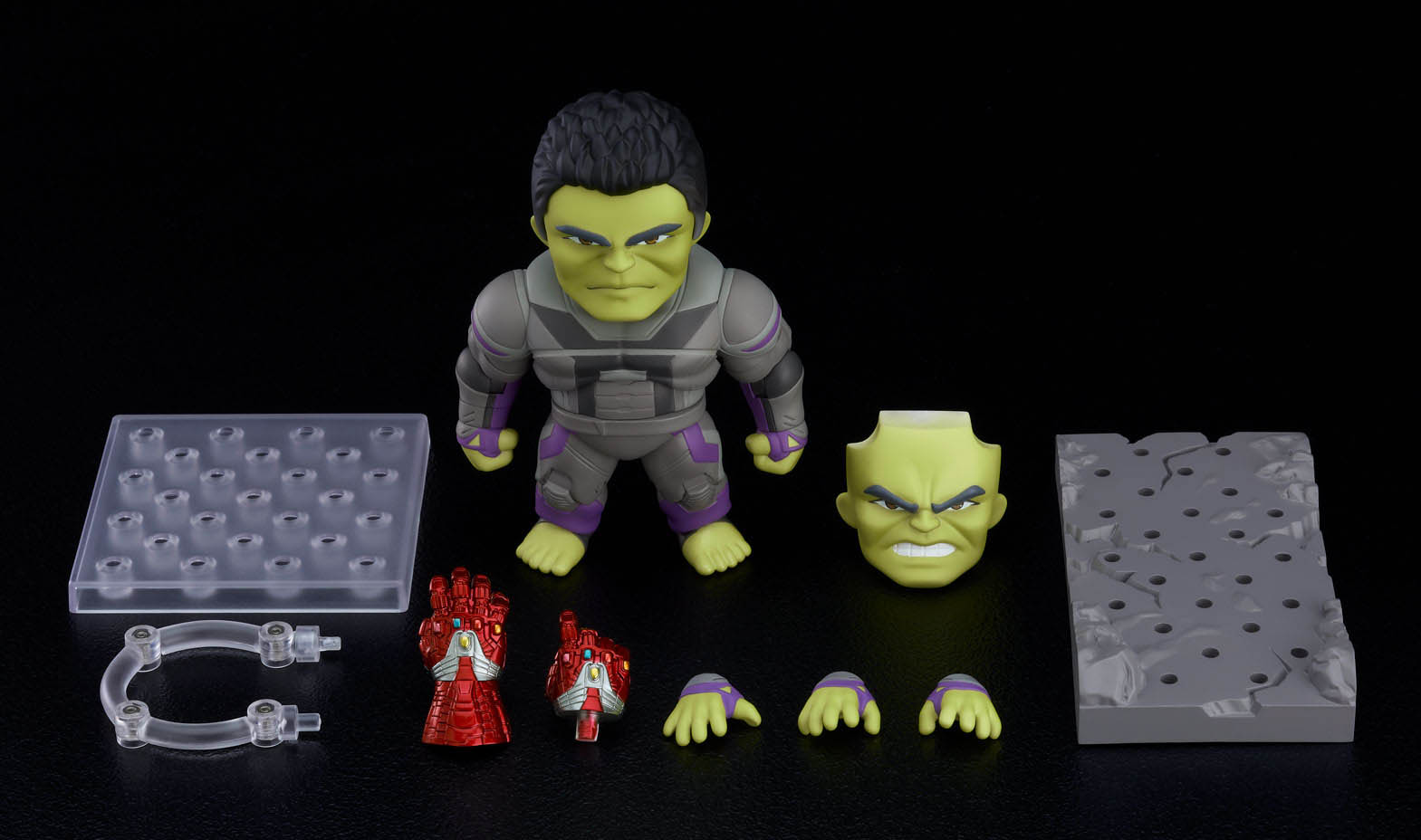