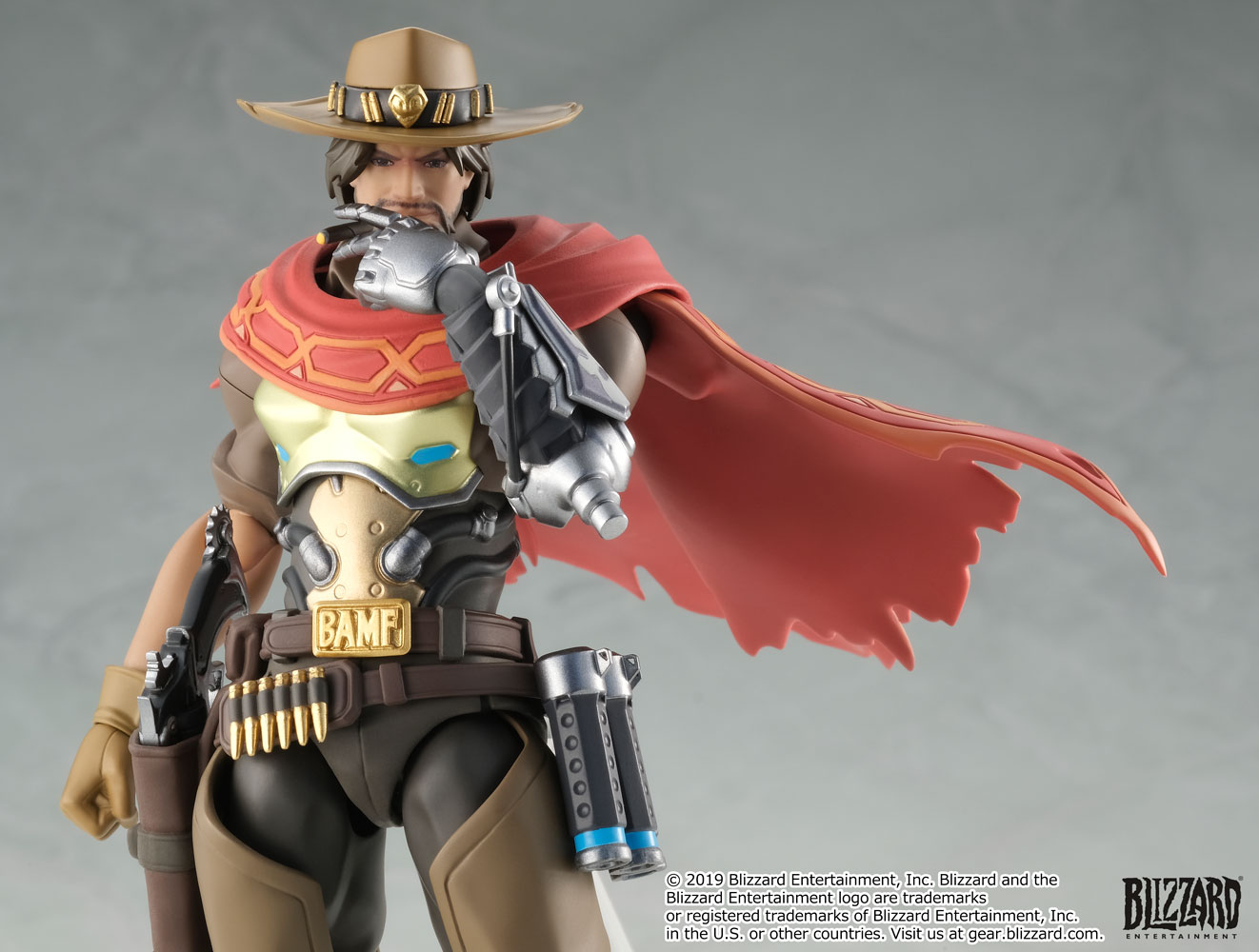 The smoothly finished yet posable figma joints allow you to act out a variety of different scenes from the game, molded in a flexible plastic that is used in specific areas, allowing proportions to be kept without compromising posability. 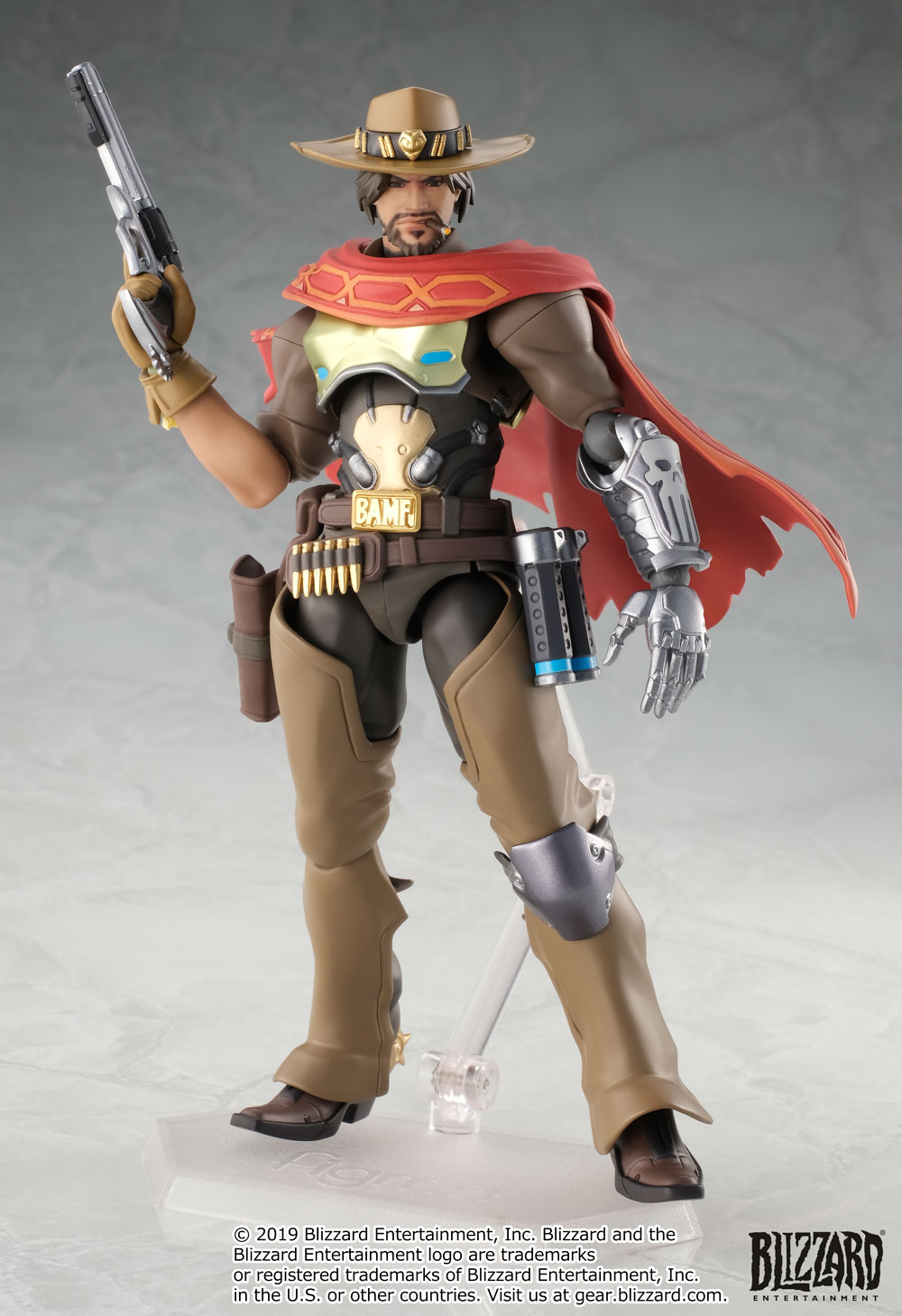 He comes with both a standard and a smirking face plate with his Peacekeeper, a flashbang and a cigar are included as optional parts. McCree’s Peacekeeper can be stored in the holster at his hip and his cape is removable, allowing for even more display options. Also included is an articulated figma stand to facilitate various poses.

figma McCree is now available for preorder at the GOODSMILE ONLINE SHOP and at participating retailers worldwide.