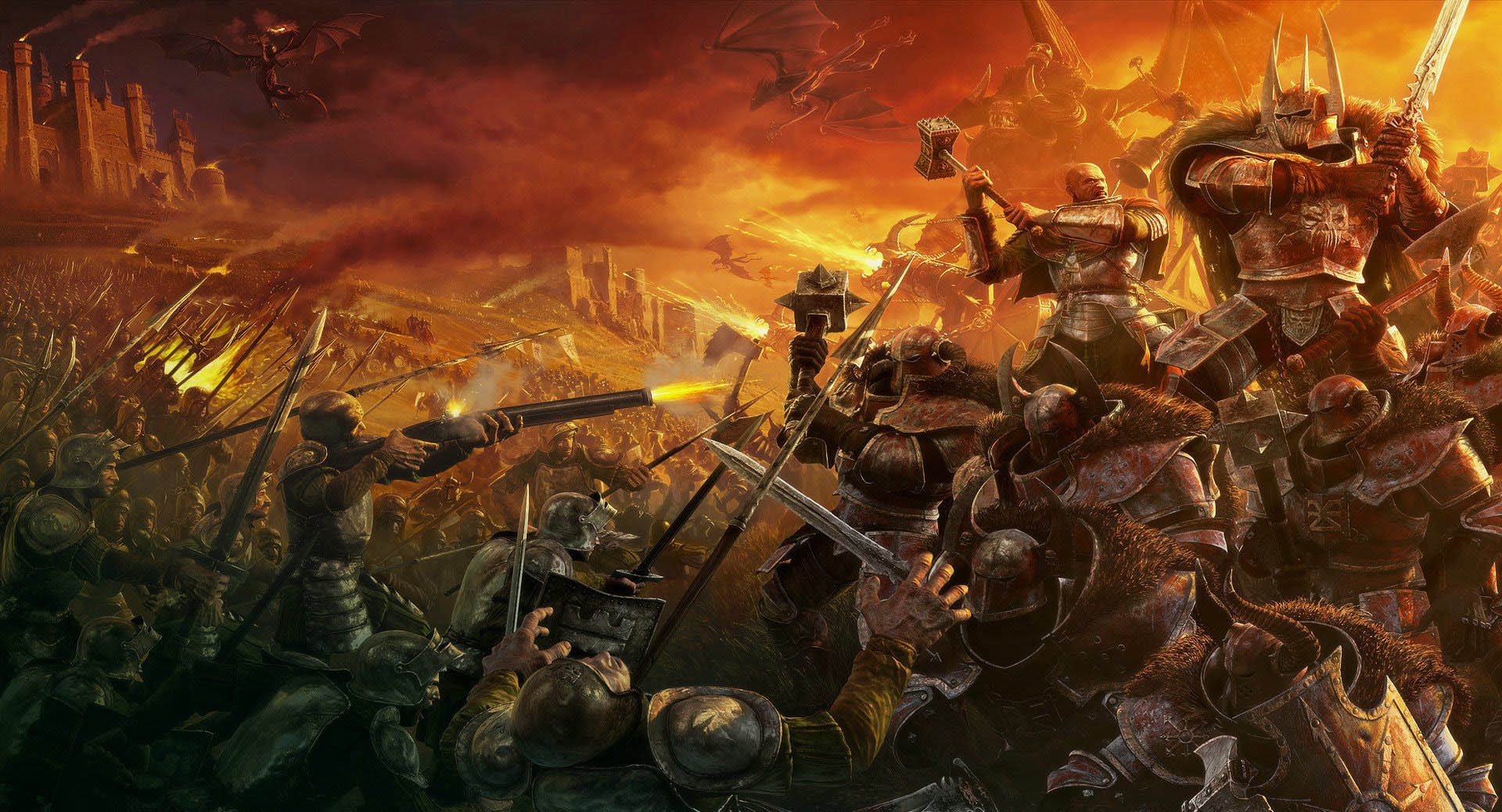 Total War: Warhammer is the Total War game that I have always wanted. The mix of the deep strategy elements of the Total War series with the fantasy lore of Warhammer makes this latest entry the most interesting in the series to date. Despite going in a very different direction for the series, the game both looks and functions like a modern Total War game, both to its advantage and detriment.

You are able to play as one of four different races: The Empire, the Vampire Counts, the Greenskins and the Dwarfs. Each race has two different leaders which you can choose from. For a Total War game this may seem light however given the diversity of each of the races and the depth of the campaign, for me it felt like it had more replay value than previous Total War games.

One of the biggest triumphs of the game is that playing a campaign for each race actually feels like a different experience. The Dwarfs for instance starts out with but one city in the mountains and must set out to both unite the dwarven clans and eliminate the other retched greenskins. They possess a unique ability that allows them to utilise the underground paths to more easily navigate through difficult terrain and even pass through mountains. Their inability to take over human cities means that you will be striving to forge trade and military alliances with them. 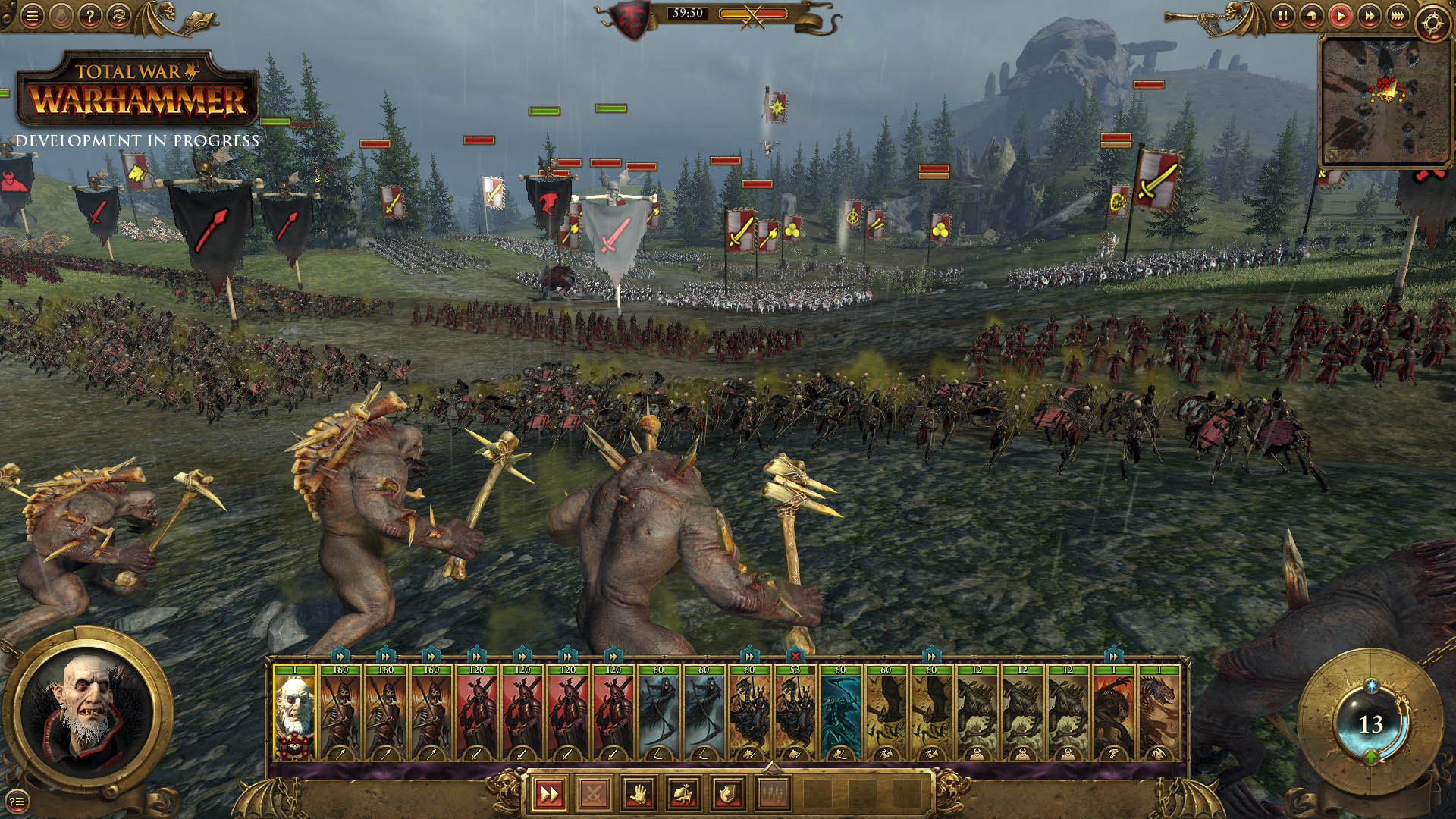 Each race has their own unique circumstances and abilities like this which makes it feel like you are playing a different story in each campaign. There are general campaign events involving the Chaos which occurs regardless of who you choose. Their unique positions on the maps and the alliances they naturally form means that how you take on the threat is different each way. The Vampires for instance, being natural enemies of anything living, will find themselves surrounded on all sides by enemies. The Alliance on the other hand can put aside their differences with dwarven clans and other human alliances and fight the chaos with a united front. 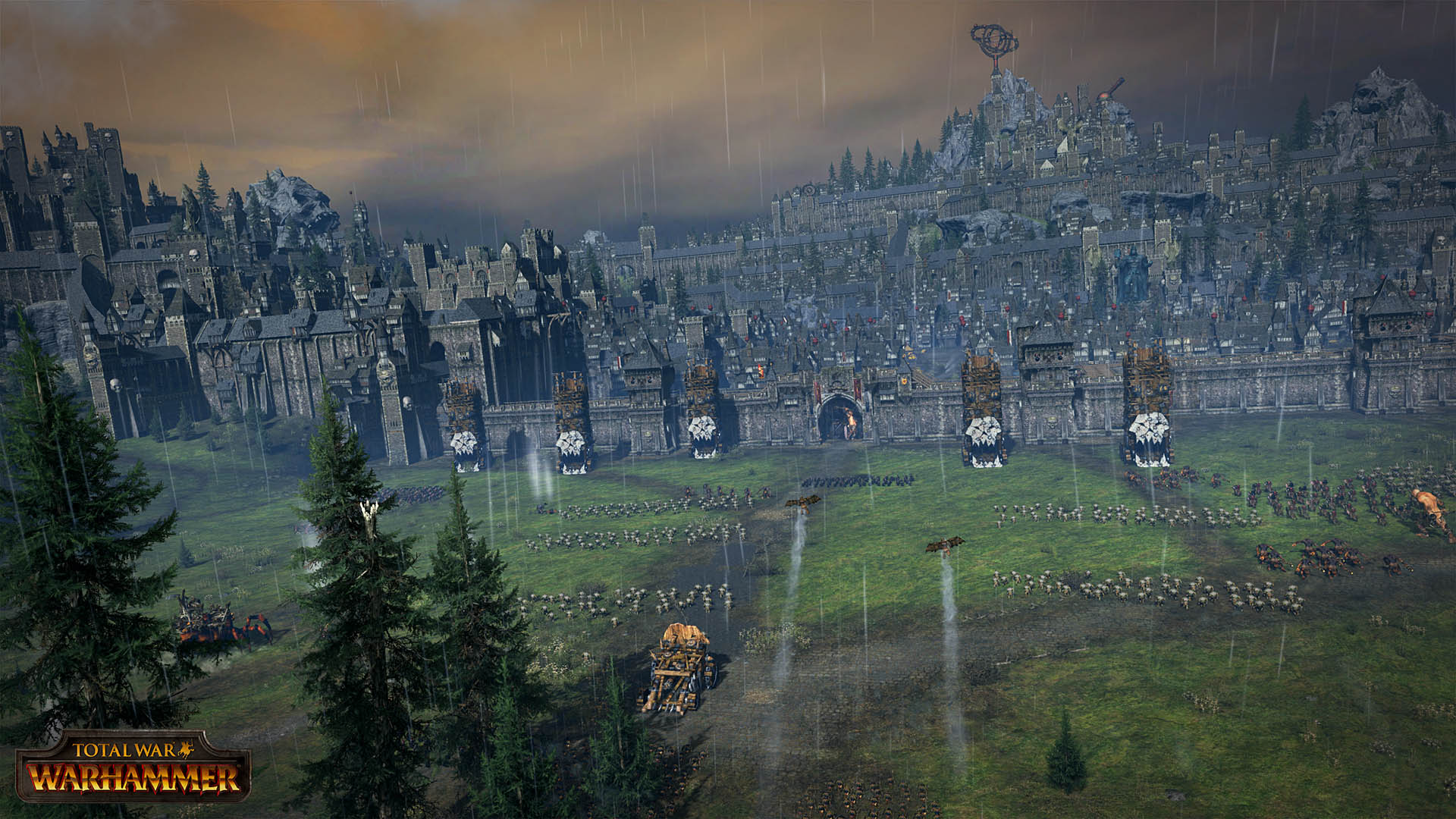 The empire management stays true to the Total War series, a bit too closely for my liking though. The game uses the same city management system in place since Rome II. Settlements are divided up into different provinces, typically three settlements to a province. Own all settlements in a province and you get an added bonus of your choosing in that province. The effect of this is that it makes city management easier. Happiness and other settlement traits are shared throughout the provinces. Once you click on a settlement, you are able to see and select what buildings can be built throughout the province.

Managing cities work in the exact same way regardless of who you chose which is disappointing. The vampires still have to worry about taxes and happiness in the exact same way as everyone else. Each race does have their own set of buildingshowever some are essentially reskinned versions of each other.Maybe it was because the buildings are represented by just a picture but the different buildings didn’t make managing the settlement feel any different. In general, I would have liked to see a bit more distinction between races in the way the empire was managed.

The game expands upon the quest and character upgrade system of previous games giving it more of an RPG vibe. Quests are still given through text rather than a more engaging means like a cutscene which does take away from some of the engagement with them. In amongst the general quests are some race specific ones which unlock cool stuff like new swords and armour for your characters. 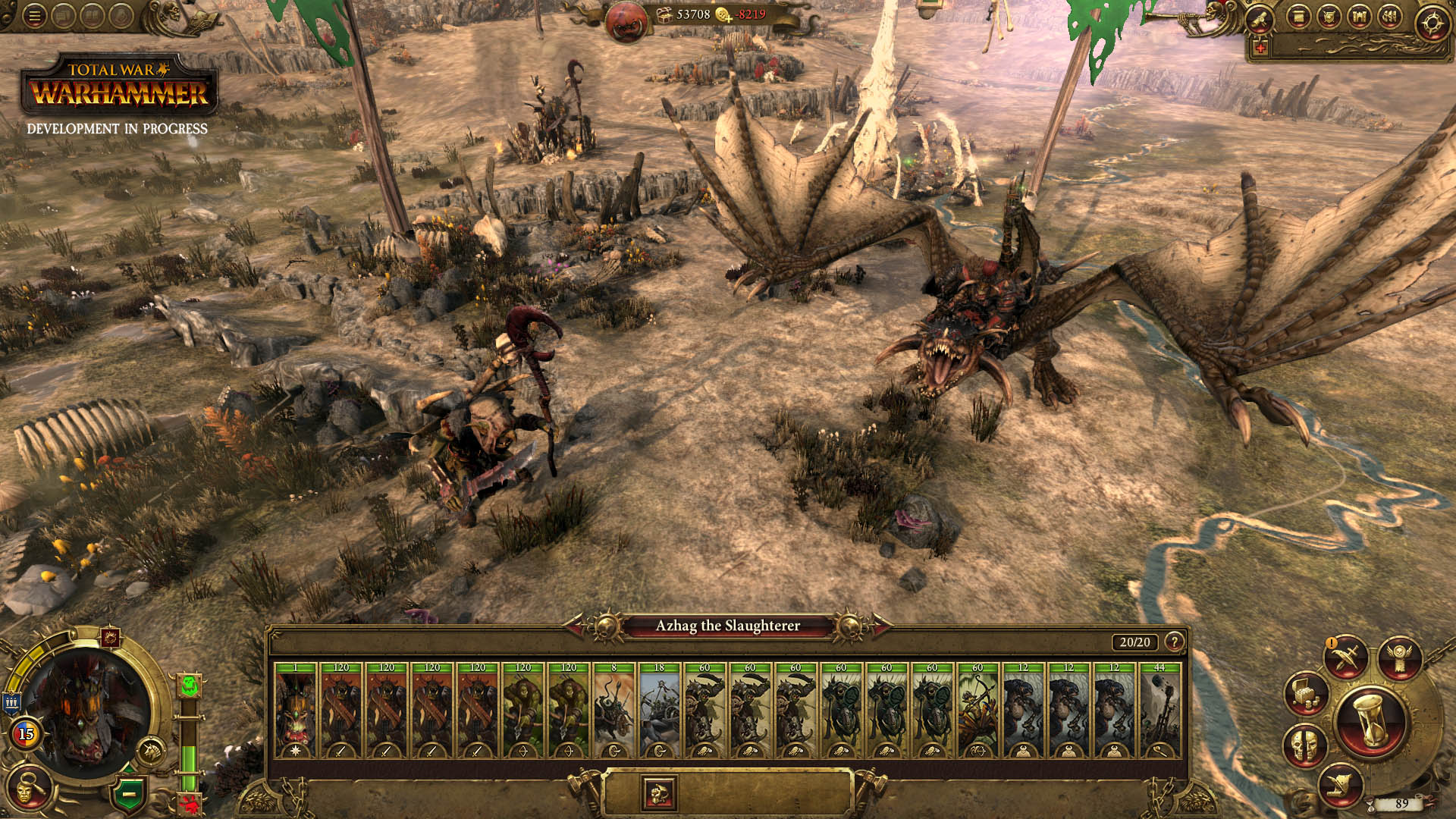 Lords and heroes play a very important role both on and off the battlefield.Each of these characters have a skill tree, different for each faction, that you can progress in. This allowed you to specialise each one into a fearsome front line attack unit, a powerful mage, a support unit or even a character specialising in non-battle skills. You could further customise characters by equipping them with different items, armour and mounts.

The vampires rely on a mix of very weak and somewhat strong undead forces which look as terrifying as you would expect from a race of vampires. Their weakness is that they don’t have any ranged units which means you must close your distance quickly against certain enemies. A major strength for them is that their units don’t retreat when demoralised which can be a big deciding factor in battles. The dwarves feature strong units that are few in number. They don’t have any mounted units which made chasing down or getting behind enemies difficult. It also made the mounted archers much more difficult to take on. 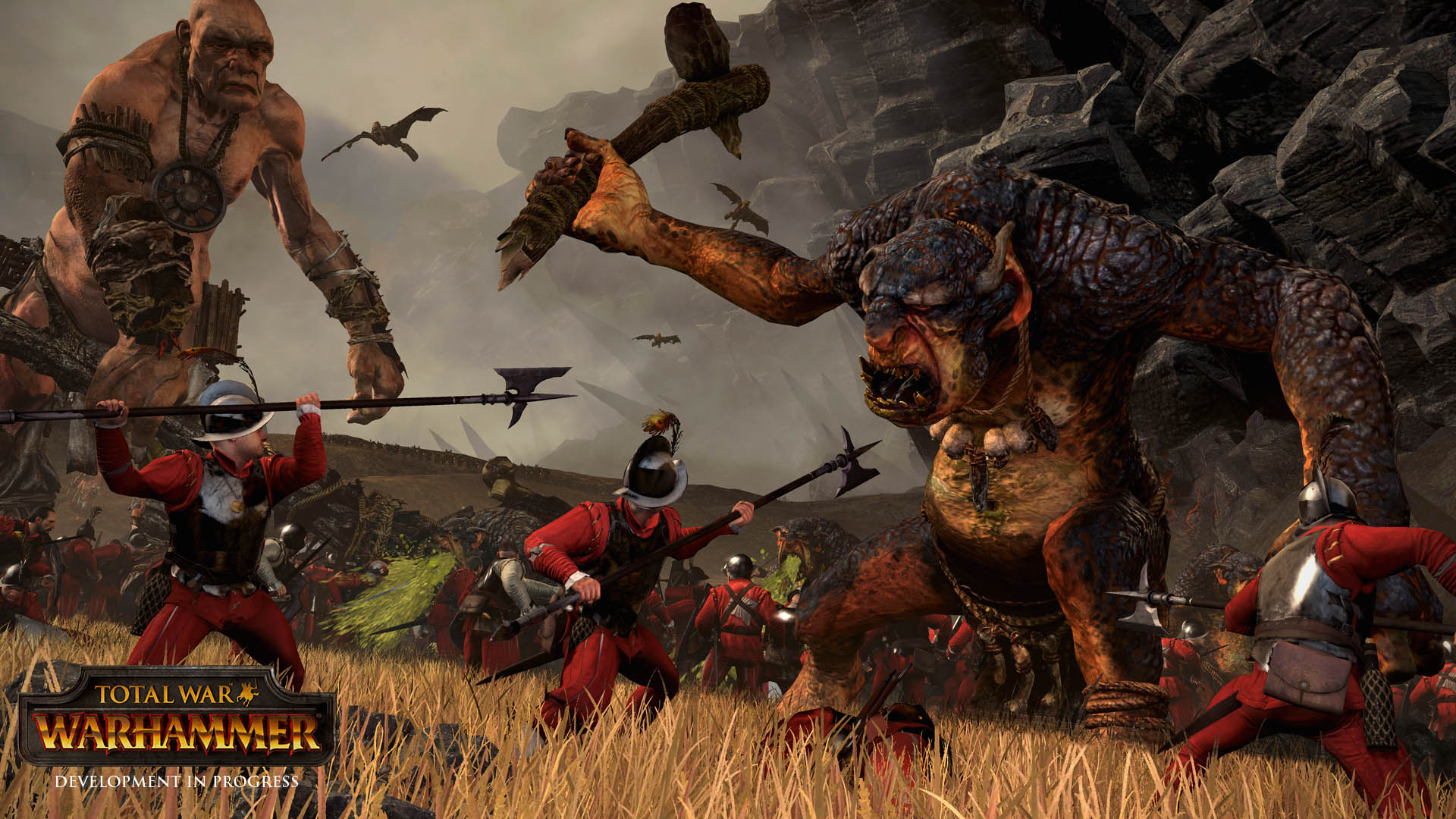 It was these stark differences which made the races feel very different to play as and to battle. Outside of this, the battles take a strong focus on strategy just as the previous games did. It isn’t just about killing the enemy, it is about demoralising them and wearing them out. To do this you need to devise a strategy like taking down the commander quickly, make them run to you, sneak around to attack them from behind or shower them with ranged attacks.

The AI was solid, something you can’t take for granted in the series. The enemy employed sensible tactics to try and take me down including trying to sneak behind me and attack while I was distracted with troops from the front. This meant you had to either outsmart or overpower them rather than exploit their AI.

Total War: Warhammer is by far my favourite game in the Total War series. The game manages to stay true to the Total War series yet being distinct enough to make it feel unlike any of the games before it. If you are a fan of both fantasy and Total War like myself, this is the game you have been waiting for.