The Witcher wields its Magic on Mobile – News 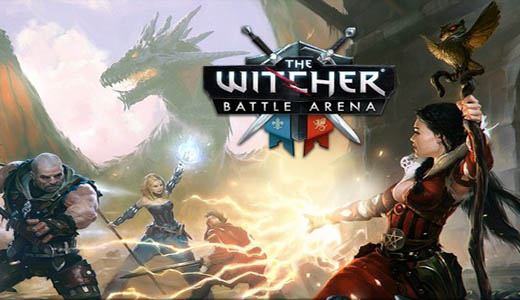 * UPDATED – CD Projekt Red, creators of the critically acclaimed Witcher franchise of games, and Fuero Games have just announced The Witcher Battle Arena, a bold extension of the series into the realm of mobile entertainment.

“With mobile devices as powerful as they are and the graphics they offer being so beautiful, we can finally plunge into mobile gaming and deliver our take on free gaming to gamers worldwide,” said Adam Badowski, Head of Studio, CD Projekt Red.

The Witcher Battle Arena is a fast, fun and accessible MOBA game based in the Witcher universe. Designed with mobile devices in mind, Battle Arena combines great accessibility and a balanced learning curve with complex tactics and a limitless array of skill-based strategies gamers can deploy during each battle. 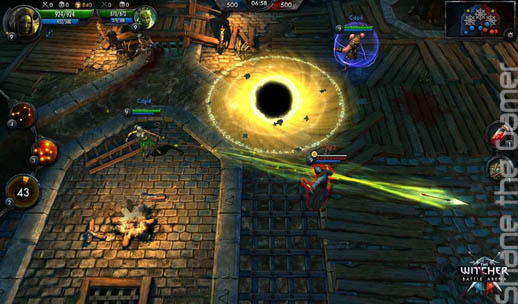 Developed with fairness in mind, the game features no pay-to-win elements and allows players to unlock every piece of in-game content entirely via gameplay.

In the Arena, six heroes battle it out to the death, trying to capture and hold three conquest points in short, intense and action-packed skirmishes. The intuitive system of character progression allows you to create player-tailored character builds and unique item configurations to surprise your friends and stagger your foes.

Become legendary characters such as the witcher Letho of Gulet, dwarven adventurer Zoltan Chivay or the mighty sorceress Philippa Eilhart and use their diverse skills to gain the advantage and crush those foolish enough to cross your path.

“In a world full of enter-your-PIN-number-to-win mechanics, what we value above all is well-balanced and honest gameplay,” said Tadek Zieliński, Creative Analyst, CD Projekt Red. “Battle Arena is all about skill and dedication, and we’ve spent hundreds of hours planning to make it a paragon of fairness in mobile gaming,” Zieliński added.

The Witcher Battle Arena is scheduled to launch sometime in Q4 2014 on iOS, Android, Windows Phone, and Windows (Tablets), with free future updates planned to expand the game both in terms of number of characters, gameplay modes and more.

“The whole team here at Fuero Games is really excited at the prospect of developing a game for such a big and engaged community as that of The Witcher. I’m convinced that our skill in mobile multiplayer game development, combined with the creative flair of CD Projekt Red, will produce an experience Witcher fans will want to come back to again and again,” said Stanisław Fiedor, CEO, Fuero Games.

* The Witcher: Battle Arena has just launched on iOS and Android mobile platforms for free. We have also been supplied with a new trailer from CD Projekt Red.