Authenticity is the core of the Witcher series. A strive for authentic, realistic fantasy.

Many if not all of the design choices on Polish developer CD Projekt RED’s follow up to Witcher 2, Witcher 3:The Wild Hunt is very palpable within how authentic the game’s characters, combat and storytelling are. As one of the most hyped games of 2015, is it able to deliver on its promise for a truly next-generation experience? 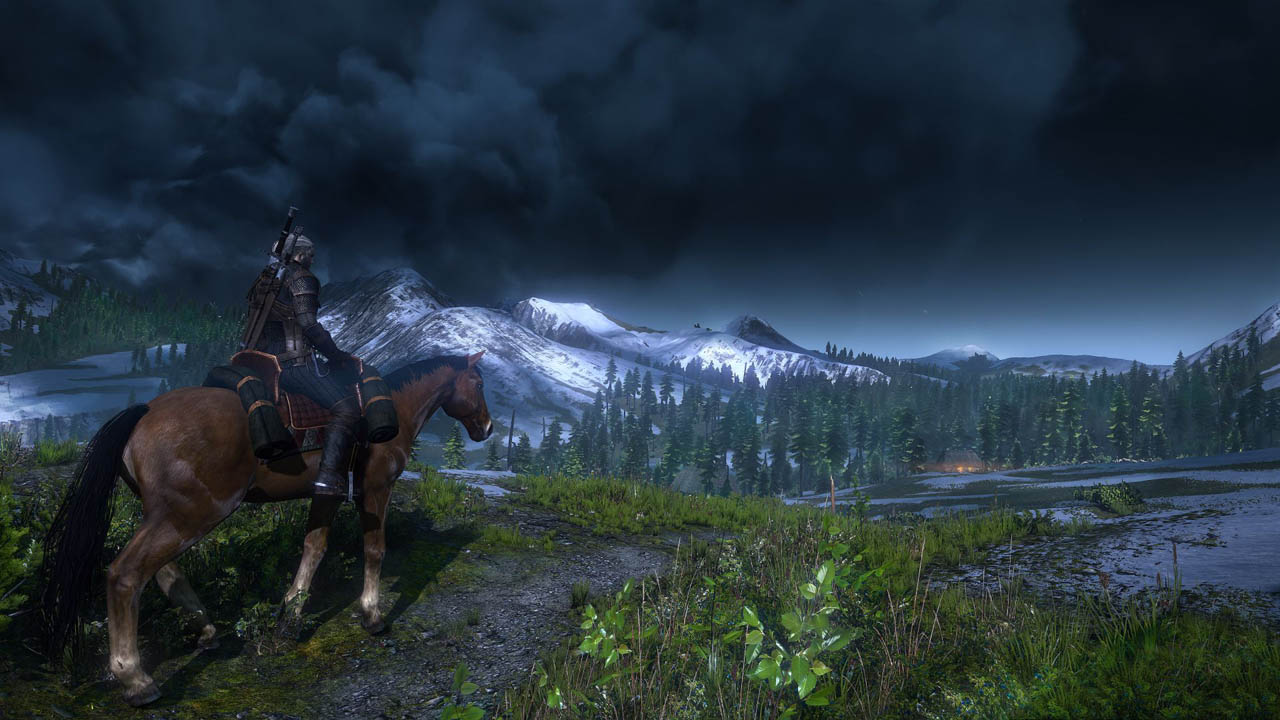 The Witcher 3 is no small, derivative sequel update, as perhaps the industry has become used to. Instead, the Witcher 3 is the attempt by CD Projekt RED to compete with other large RPGs such as Bethesda’s Elder Scrolls or Fallout series and EA’S Dragon Age.

In contrast to the previous two Witcher games the Witcher 3 takes place within a giant open world and, outside a smaller opening tutorial area, you are free to travel where you may. The developers have stated there is over 200 hours of content in the game, and that’s absolutely believable. In my playtime I feel as if I’ve only scratched the very surface of what the Witcher 3 has to offer. 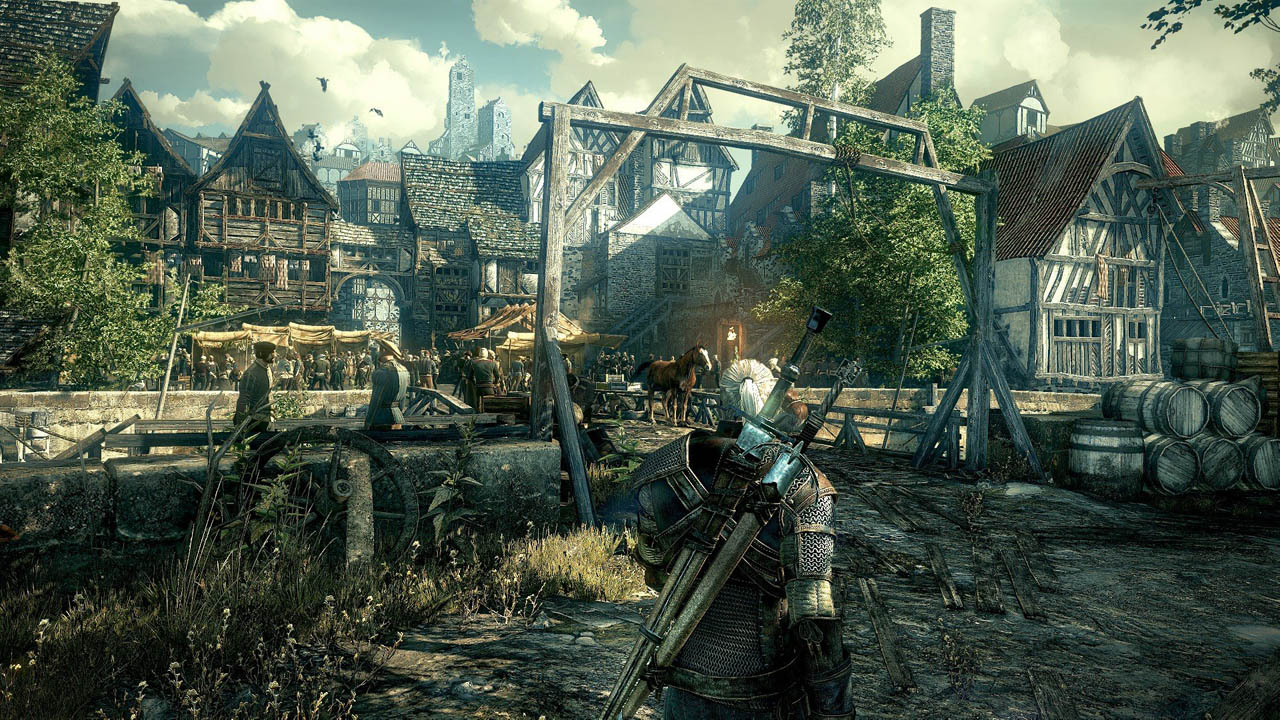 The Witcher 3 chronologically follows the events of the previous two games (which themselves are set after the events in The Witcher novels), though fortunately main protagonist; Geralt has regained his memory and the tired amnesia trope has been put to rest. 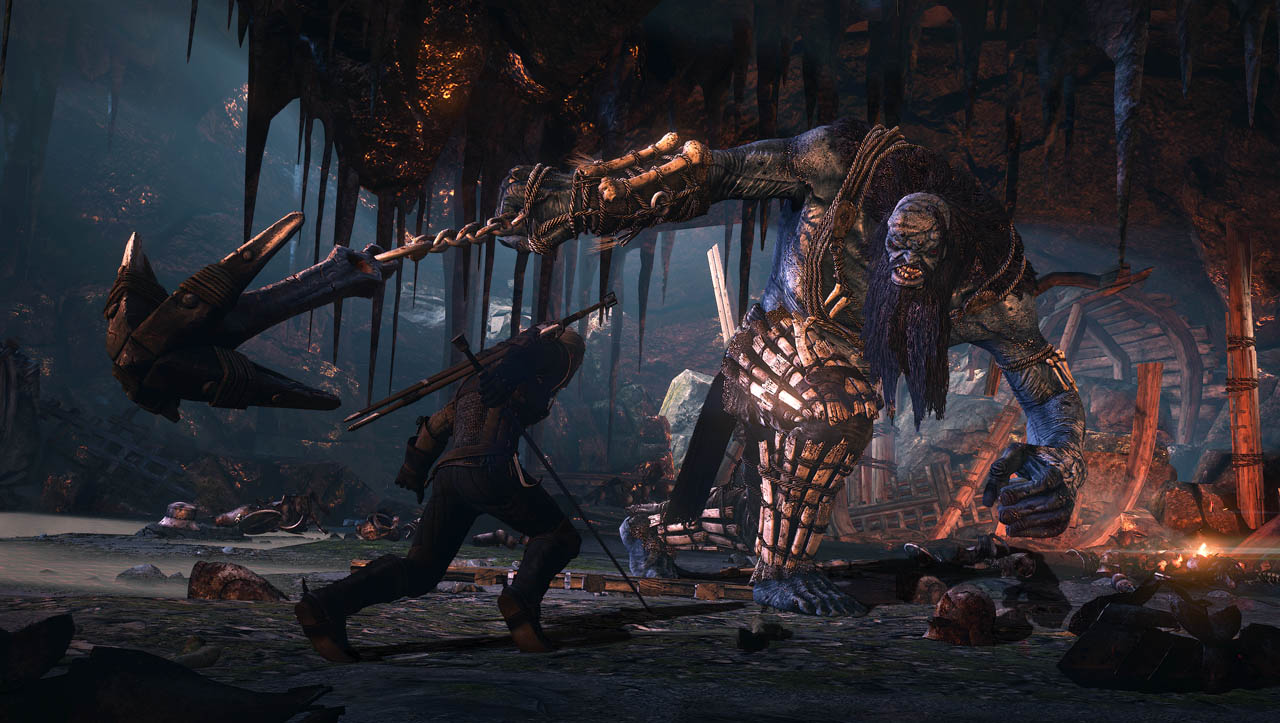 The Witcher 2 set a new standard for PC graphical prowess and the Witcher 3 has aimed to do the same. You’ll need a serious rig to get the most out of the game, though the PS4 version, which was used for this review, still looks fantastic. The authenticity the developers have attempted to imbue this game with are present here.

For example, a particularly impressive vegetation engine has been employed allows trees to sway convincingly with the wind, and occasionally rain interrupts the desolated landscape. As a result of details such as these, the world looks real, and truly lived in. Each area, large or small seems as if it has its own backstory to it. 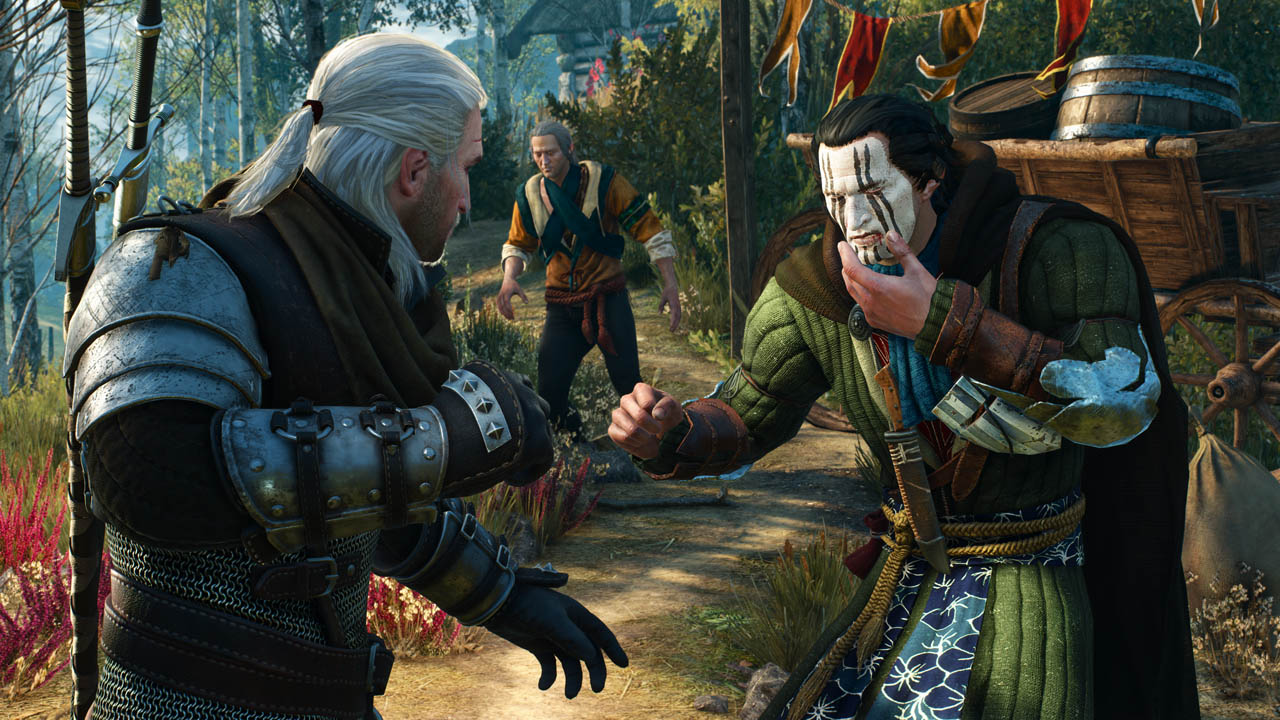 The game’s characters and quests back this up. Peasants, soldiers and kings can give Geralt tasks to undertake, from finding a widow’s pan to solving complex political controversies. Many of these quests end up playing out similarly though, tasking Geralt with some detective work before engaging in some monster or human slaying.

This mostly comes down to a follow-the-minimap approach pioneered and perfected (?) by the Assassin Creed series. It is the world these quests are set in though that makes this easily forgivable, with hundreds of places to stop on the way and explore. 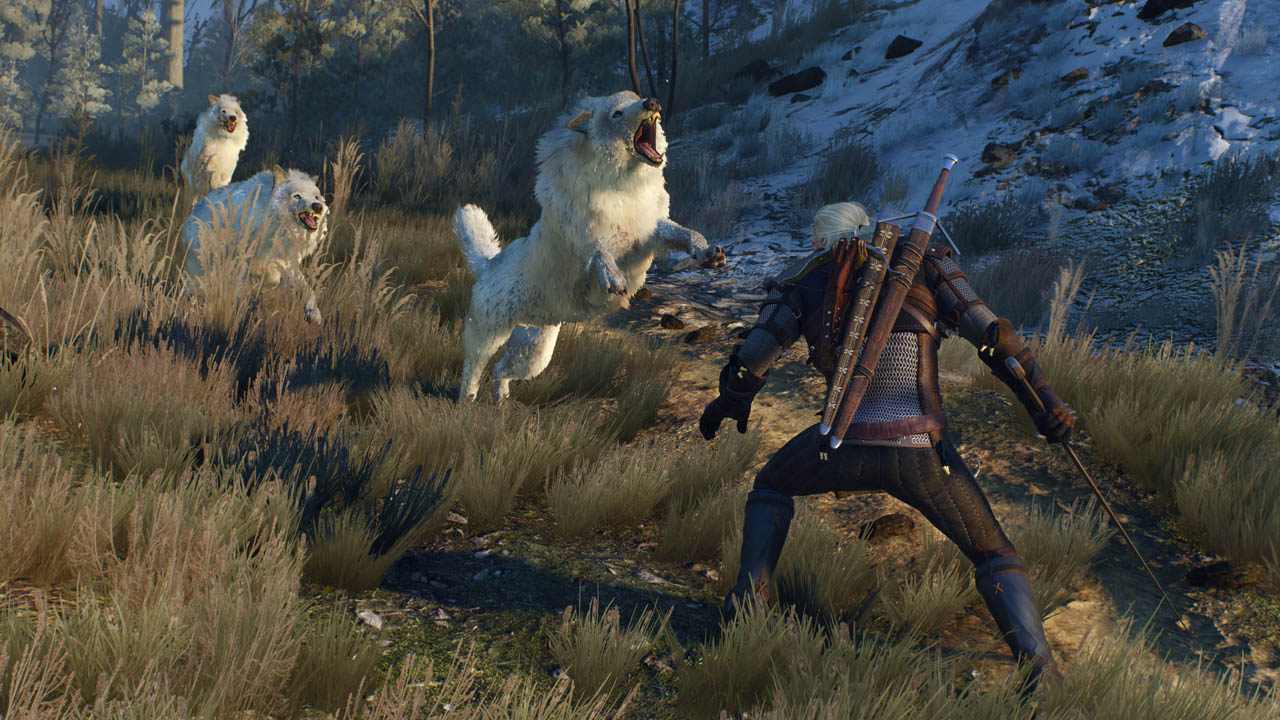 Fighting is much improved over the Witcher 2. Geralt reacts with more fluidity and pirouettes around like a deadly ballerina. Signs are also easier to select and cast. Stamina has been removed and so disappointingly almost every one-on-one encounter with normal enemies can be spammed. With multiple enemies however you will need to dodge, roll and carefully time parries to avoid an early death.

In the easier Levels fights can quickly become repetitive and unenjoyable; so to truly experience authentic Witcher combat I recommend playing on the second-hardest difficulty. The normal Level is enjoyable but doesn’t require the unique combat preparation rituals necessary in the harder Levels. 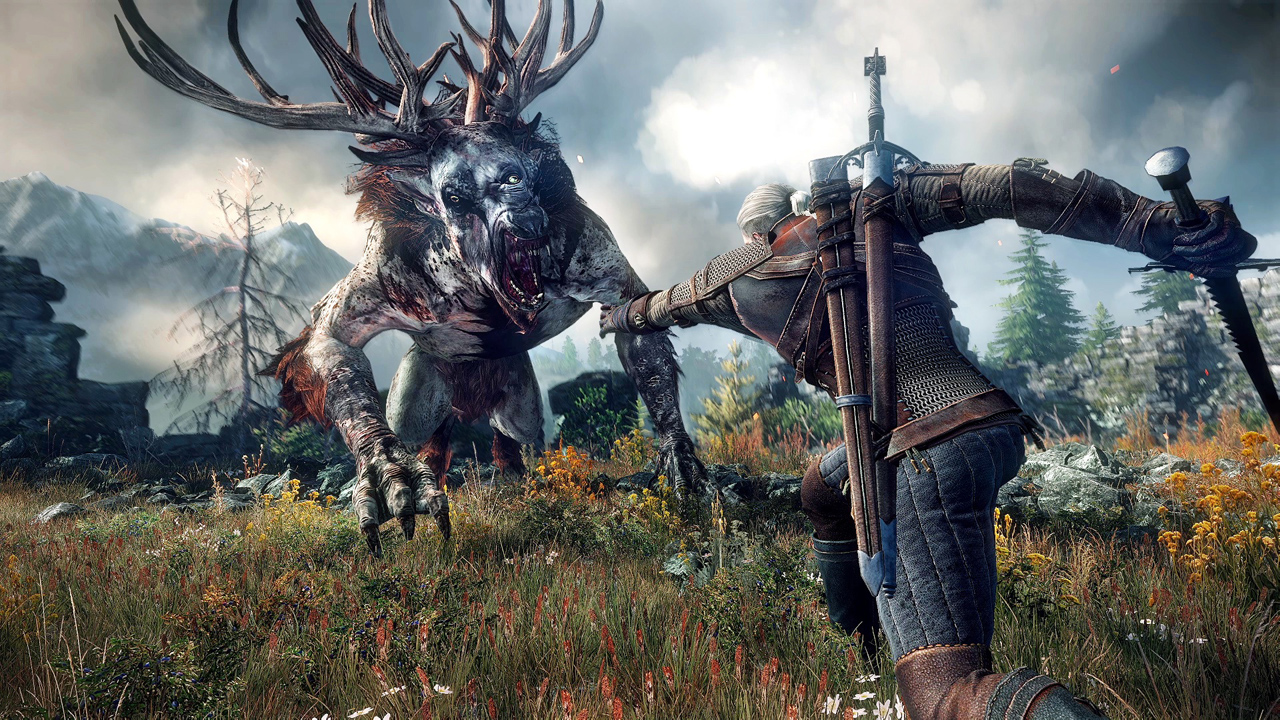 Another interesting addition to the massive world of The Continent is Gwent – a card game built into The Witcher 3. You can play Gwent with most traders, innkeepers and merchants and for some it will be the highlight of the game.

It wouldn’t be surprising to see a real life version appear in the near future. 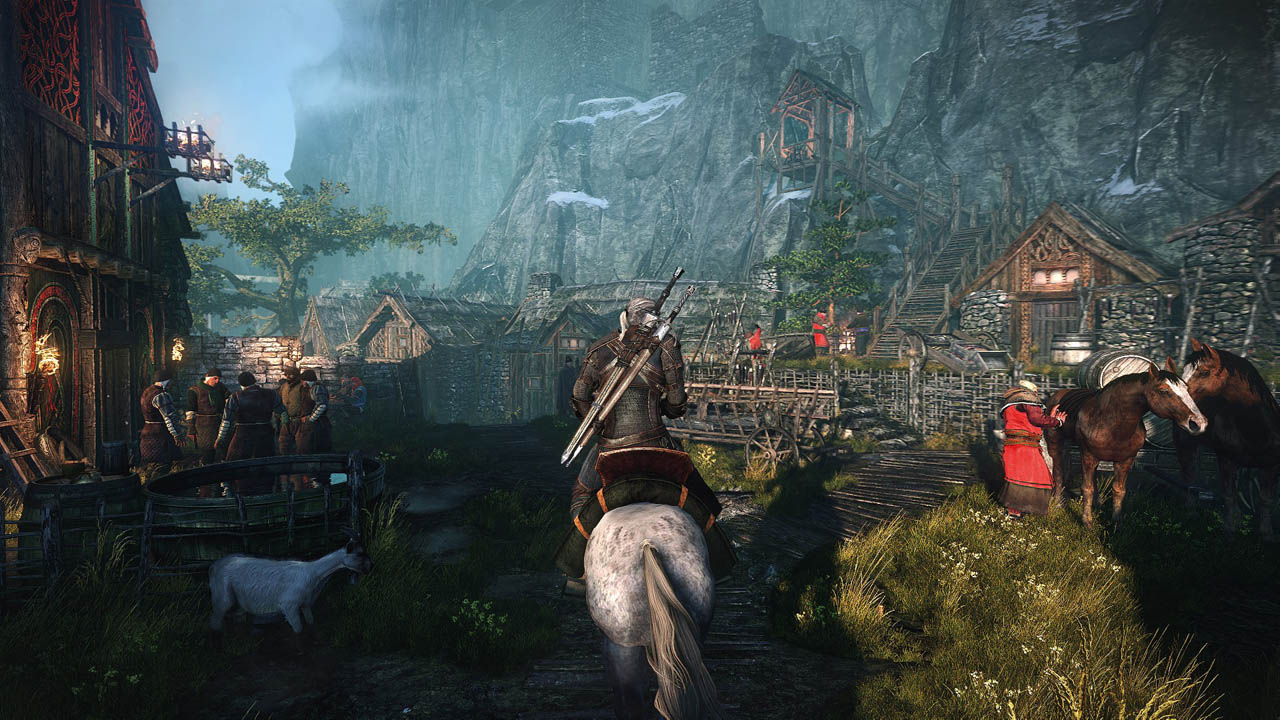 Over the course of the game you will acquire many, many bits of paraphernalia – Geralt’s greatest secret is that he is the world’s foremost loot thief. The Witcher’s inventory system however is woefully prepared for the onslaught of smoking pipes, broken rakes and rusty swords you will pick up.

It inexplicably leaves out any form of sorting, often leading to frustration when trying to interact with it in any way. It’s something that could be fixed in a patch, and I hope that CD Projekt addresses this as a priority 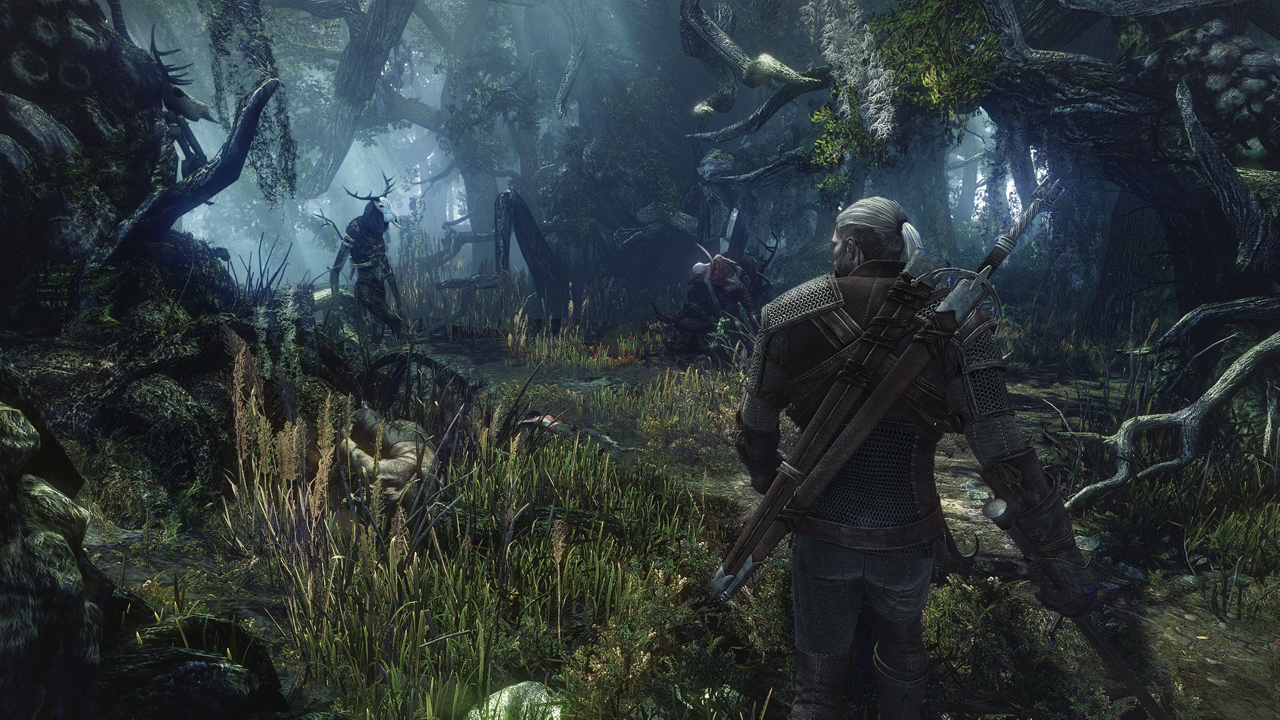 The Wild Hunt was twice delayed to help squish bugs and optimise performance, and going off the final version, it was absolutely needed.

The game is still full of bugs both small and large. Particularly bothersome is the behaviour of Roach, Geralt’s faithful equine companion. Summoning Roach often leads to frustration as he becomes stuck on geometry. By holding a button on roads you can engage automatic pathfinding so you theoretically have less to worry about, but I found that Roach would often take longer, unnecessary routes where shorter ones would have sufficed. That said, the developers have already fixed number of bugs in patches, and have promised more to come.

These patches may or may not address the issues I came across, but it is a positive sign the developers are committed to improving the game. 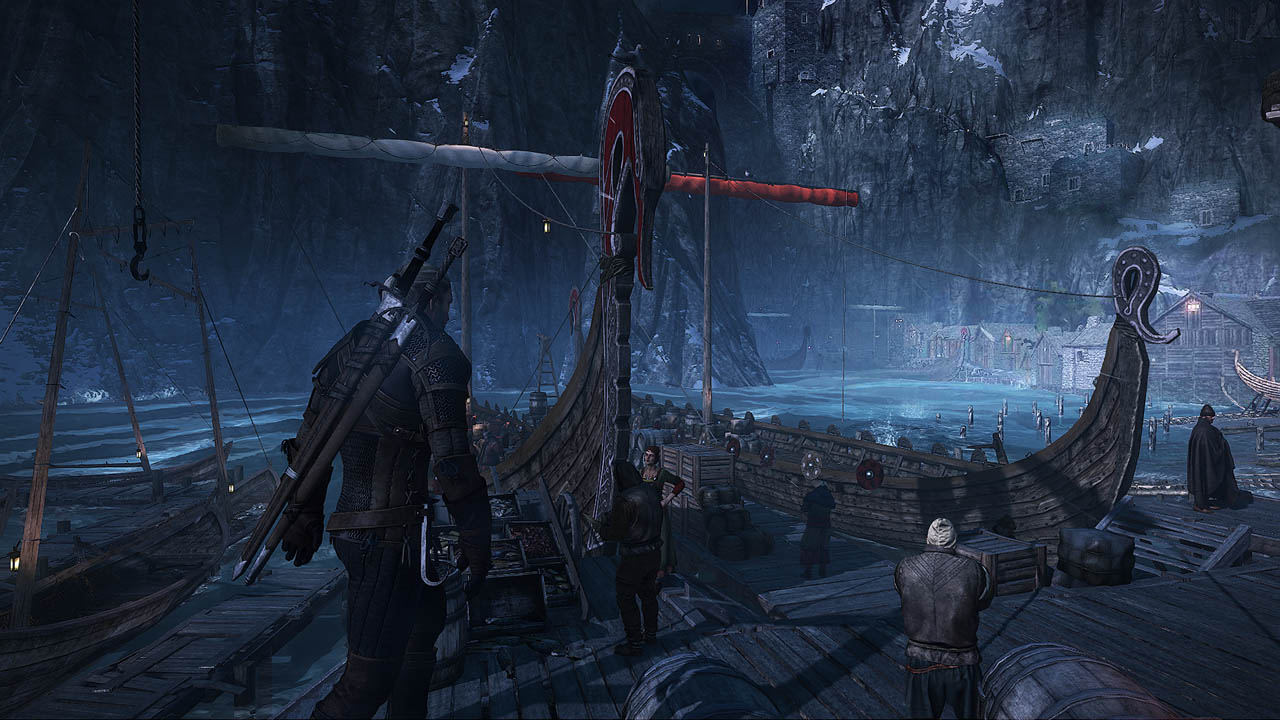 The Witcher 3: The Wild Hunt is an astonishing effort by CD Projekt RED that is a must play for anyone interested in western action RPGs. The enormous game is set to expand even further with 12 Free DLC – and some have already arrived. The game shines as an example of what thoughtful, careful and mature game design can bring us, and this is what makes it an authentic next-gen wonderland.