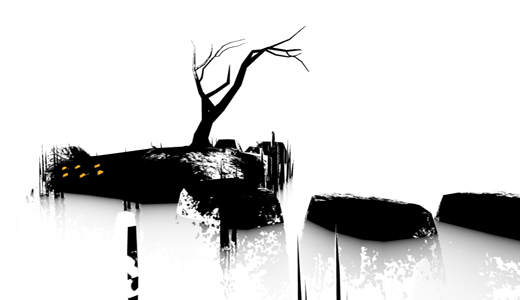 Embark on a magical journey through out a Kingdom ruled by a rather paranoid and misguided King who did not want colour in his world and blindly cloaked the entire land in white.

From the studio that bought us the epic hack n slash God of War comes The Unfinished Swan.

A PlayStation Move title, where you follow the golden footsteps of a swan in order to complete the various stages and eventually the entire game. 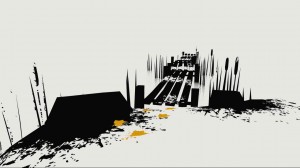 out, everything is white. Objects, animals, paths and environmental elements are totally invisible, so you need to splash black paint around the place to discover your surroundings and where to go.

Atmospheric; you can hear the water lapping against a dock, or animals such as birds, frogs, alligators and more, but they are totally invisible to you until you begin blotting the area like a rampant graffiti artist.

Not all creatures are so harmless, as you encounter some later on into gameplay, that are out to get you. Even better, generally you didn’t even know they were there. This part I really liked, it gave an almost horror-like effect.

Almost like a non powerful paint gun the Levels and items / animals within become visible when blackened.

You move throughout the game, in first person via the controlpad or if you have one a Nav Controller for the PS Move. 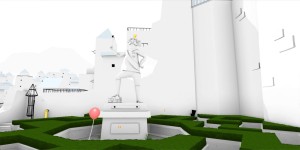 There is a storyline, albeit a short and concise one.

You assume the role of a young boy called Monroe.

And while the gameplay narrates between a mix of folklore and fairy tales, you learn of Monroe’s past.

His mother, who has just died, was a brilliant artist having painted over three hundred pieces – but never finishing any of them.

Her last one; The Unfinished swan had special significance. Being the last one, this unfinished art was emotionally special to Monroe.

Then mysteriously, a section of the painting disappears.

This sets the premise for the game as he sets out to find the piece of missing art, where along the way, the story unravels and Monroe not only learns how to survive on his own, but also learns more about his parents and himself. 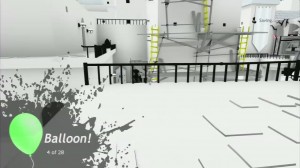 is a game of discovery. Taking us back to when we were kids. The days where everything was new, where we would turn over large rocks to see what was under it, to go just that bit further to discover what was beyond our safety zones.

You will work your way through discovering with globs of black paint small towns, forests, swirling stairwells and twisting corridors through to a full on Kingdom and more.

Your ‘paint gun’ also changes throughout play. Yes you will mostly hurl blackness about, but as an example, you may have to do the opposite and spray water about the place.

There is also areas within each of the short Levels where you will not need to redecorate to find your way through, as shadowing reveals your path. 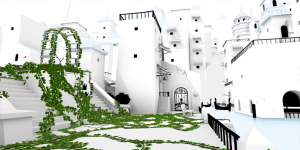 It’s a short game, promising about four to five hours of playthrough and is a unique PlayStation Network / Store only title in the similar vein of other random one offs like ‘Dust‘ or ‘Flower‘.

With nothing like it, The Unfinished Swan is really in a class of its own. While most DLC’s tend to be bite sized gaming, I think this one had the potential to be a full retail release, it just needed to be alot longer in it’s overall gameplay.

Still, if you have a PS Move, I 110% recommend this title, no matter what your preferred genre of gaming is. 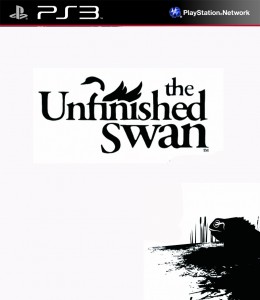