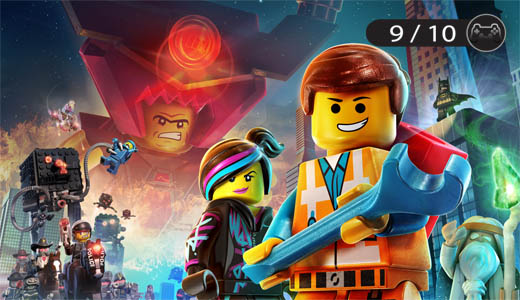 Travellers Tales have been knocking out their tongue-in-cheek Lego movie adaptions for years now. But The Lego Movie Videogame is the first time they’ve made a game based on an actual Lego movie.

I’d already watched The Lego Movie before playing the game, and I think that is pretty much a mandatory requirement to get the most out of it.

The game follows the plot of the movie very closely, taking only a few liberties along the way for gameplay purposes. Not only do you get to check out faithfully recreated scenes from The Lego Movie, all the game’s cut scenes are culled from the film itself. 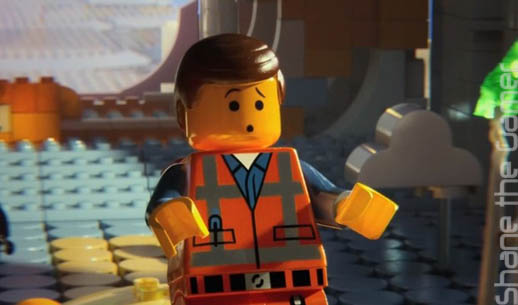 The movie lends itself to its videogame recreation so well it left me wondering if I’d actually watched the movie of the game rather than the other way around. As you would imagine, there’s never been a movie so bountifully full of gaming fodder.

Whilst I’ve had a lot of respect for previous Lego games, at some point every single one of them has left me cursing at the screen. I don’t know if it’s just me, but some of the puzzles, just seemed to defy all logic. 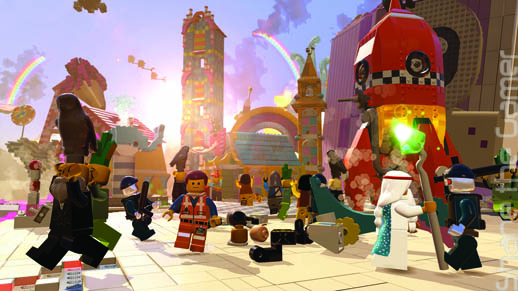 The Lego Movie Videogame is different. It’s the only Lego game that I can hand on heart say I’ve enjoyed from start to finish. Never once did I find the experience frustrating. Sure there’s a few challenging areas, but nothing absolutely perplexing. The game flowed nicely offering a good mix of puzzles and rewards.

The real charm of the Lego games is the way they work on two levels, there’s the slapstick comedy for the kids and then there’s the cheeky sly winks for the adults. The game, like the movie absolutely excels at delivering this two-tiered humour. 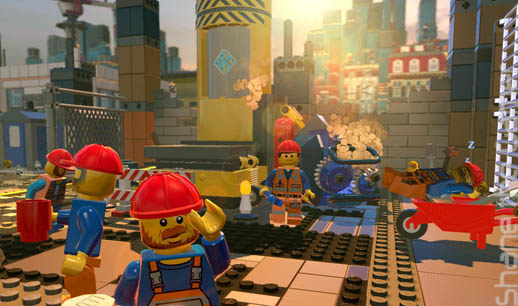 A mishap has a legendary Lego block, the Piece of Resistance, bonded to conformist Lego everyman and construction worker; Emmet’s back.

Streetwise Lego chick, Wyldstyle, believing Emmet to be the chosen one that will save them all, drags the reluctant hero to see the council of master builders. Along the way Emmet is pulled through Lego history, meeting a host of colourful and somewhat familiar characters. 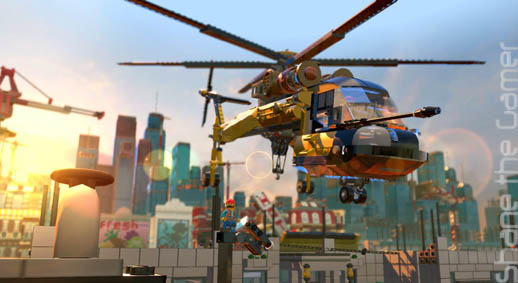 As with the movie Lego characters from across a range of different Lego collections make an appearance in the game. Emmet and Lucy are joined by Batman, the spaceship-obsessed 80’s Spaceman, Benny, the sage-like Vitrovirus and the no-doubt bipolar Princess Unikitty.

Whilst they are occasionally joined by other characters, it is mainly this core group that you will switch between during the game. 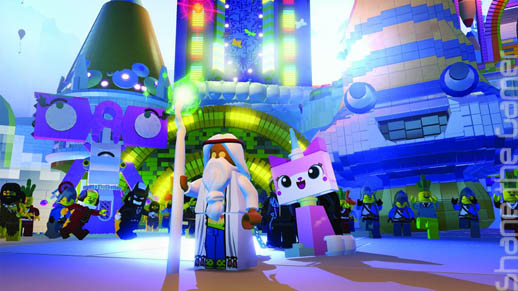 Each character’s unique ability comes into play at various times during each level making switching between characters an essential part of the game. For Instance Emmet has a jack-hammer that is used to break up cracked concrete. Lucy can jump higher than other characters, Batman has his grappling hook and Vitrovirus can throw his staff (which is actually a lolly-stick) for Lucy to swing on. Vitrovirus can also enter areas of extreme danger due to him being blind; it’s a gag that is used to great effect in the game. 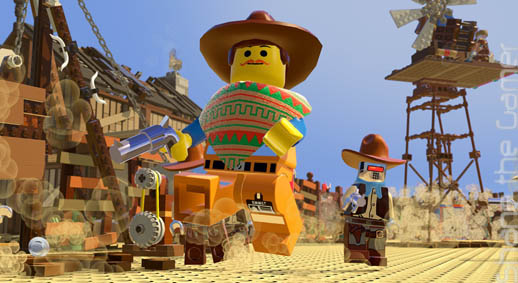 As well as having their own abilities some characters are the aforementioned Master Builders.

Master Builders can repurpose a combination of special highlighted pieces to create useful objects. Like instruction book pages, these special pieces are often hidden away in the scene and need to be discovered in order to proceed. 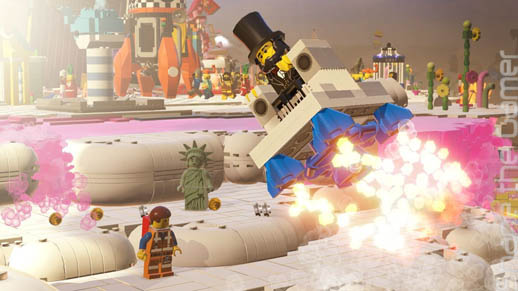 Being a Lego game, it is made for replays or free-play. As you traverse the game you collect coins which you can use to unlock additional characters each with their own abilities. These characters can be used to unlock different areas and routes, granting extra rewards for completionists.

Often, you will need to collect pieces of an instruction book which Emmet can use at special construction area to build the structure required to proceed. 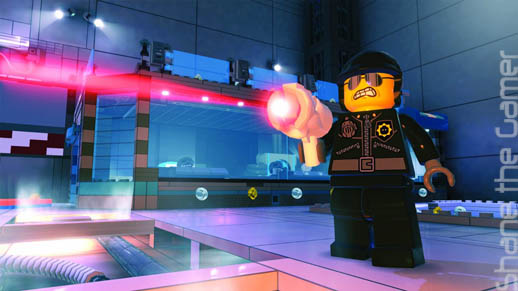 This triggers a mini-game whereby the object is built up from the very familiar blue and yellow instruction book with players having to quickly identify the missing piece in order to get the maximum bonus. It’s a nice touch and really drives home that fact that this game, unlike the others really is about Lego itself.

The game looks great, probably the nicest-looking of all the Lego games so far. 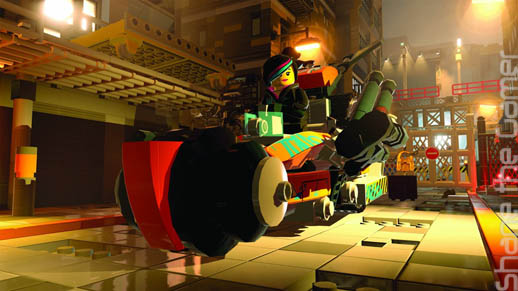 Also, the game features some pretty meticulous reproductions of the Lego models from the movie. And, of course, using footage from the movie is a nice touch.

The movie’s voice cast have returned to voice the game. It’s mainly from dialogue culled from the movie soundtrack, but the game’s got quite a few extra lines that must have been specially recorded. 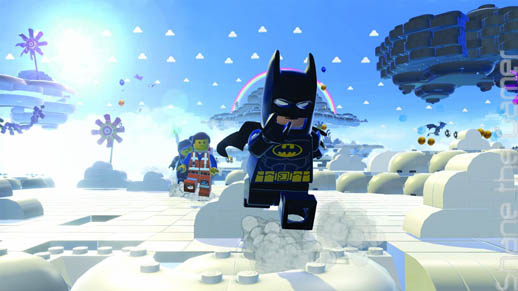 It wouldn’t be The Lego Movie Videogame without its own rendition of “Everything is Awesome”. Don’t worry fans of repetitive 1980s-style pop irony, you will come across Tegan and Sara’s satirical song on more than one occasion. The annoyingly addictive ditty is accompanied with a Lego-style dancing mini-game and guaranteed to keep you spontaneously humming the tune for weeks afterwards. 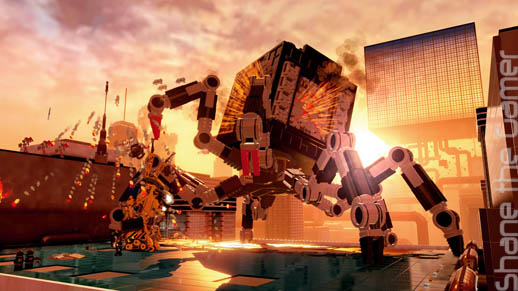 The Lego Movie Videogame is the first Lego game that I’ve not found annoying. The plot is fantastic and fitting tribute to one of the world’s best-loved toys. Being a game about Lego rather than a Lego take on another property, it sits a lot closer to the construction focus of the toys.

It looks and plays great, with the same humour and cast from the movie. You don’t have to have seen the movie before you play, but you will get a hell of a lot more from the game if you have. 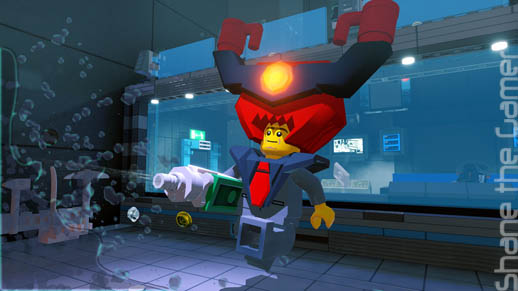 I never thought that I would highly recommend a Lego game, but there you have it, I just did. Everything IS awesome!