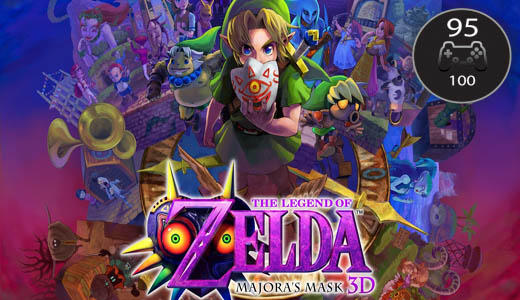 Despite the vast number of classic games being remastered or remade, Nintendo’sremake of the 15 year old classic Nintendo 64 game The Legend of Zelda: Majora’s Mask still manages to stand out from the crowd.

The old school feeling of the game, coupled with the classic Zelda gameplay, provides a refreshing experience.

Majora’s Mask feels right at home on the 3DS. It is one of the few games where I have felt the 3D effects actually adds to the experience.

The nature of the game also makes it suitable for short sessions of play time that works well with handheld games. Also, being able to use the second screen to access inventory, something that you will need to do often, helps the game flow a lot better. 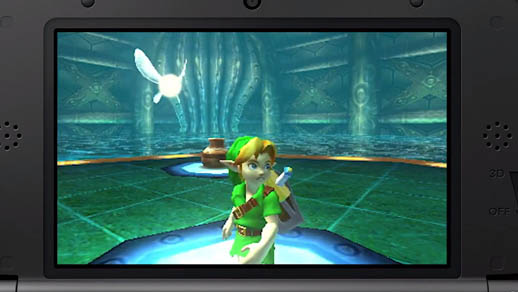 Majora’s Mask is a sequel to Ocarina of Time, another Nintendo 64 classic. As far as sequels go, Majora’s Mask ticks all the boxes.

It takes everything that was great about Ocarina of Time, makes it better and adds a whole heap of new stuff that gives it a distinct and tasty flavour. The only exception to this would be the story, something I found much more gripping in the first game.

The story takes place not too long after the events in Ocarina of Time.

Link gets ambushed by a masked Skull Kid, loses his horse and ocarina and gets turned into a Deku Scrub. Deku Scrub Link then sets out to confront the Skull Kid which takes him to Clock Town where the Carnival of Time is due to take place in three days. As if that day wasn’t already eventful enough, Link soon uncovers a plot whereby the Skull Kid is planning on crashing the moon into the world, also in three days’ time. 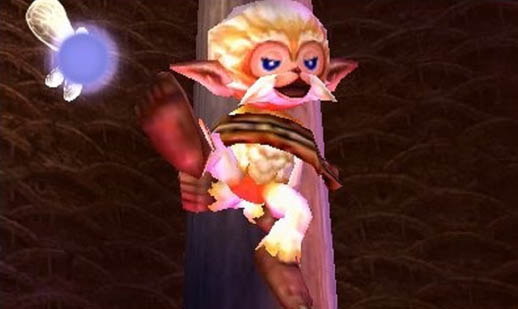 After confronting the Skull Kid at the end of the three days, you find yourself thoroughly unprepared.

You find out though there are four people that you must bring there. Fortunately, thanks to a neat song Link knows, you are able to launch yourself back into time to the beginning of the three days and give everything another go. This unlocks a very unique and very stressful gameplay mechanic where you only have a maximum of three days to do things before having to throw yourself back through time again.

Jumping back in times resets everything in the world, giving you a bit more motivation to get those dungeons and quests done quickly. You are able to bring certain key items, such as weapons and masks (something I will talk about later) that you unlock after completing key quests back with you which acts, in a way, like a checkpoint. 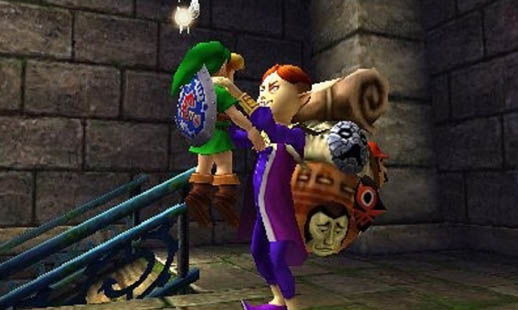 If you are unfamiliar with the Zelda games, the game is a third-person action-adventure game with a focus on dungeons and puzzles.

A unique attribute of Majora’s Mask, due to the era ts was born out of, is the hardcore ‘figure it out yourself’ attitude, a far cry from the many mainstream games these days which holds your hand and refuses to let go. While I did like this refreshing break, I occasionally found myself stuck and resorted to consulting a walkthrough a couple of times.

Despite being difficult, working out puzzles or generally what you are supposed to do by yourself is both fun and rewarding. This aspect even played into the various enemy encounters, especially the stronger ones, where enemies have various strengths and weaknesses which you must decipher in order to overcome them in one piece. 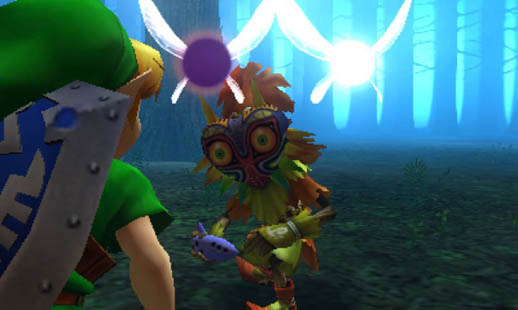 Each boss is vastly different in terms of their attacks, strengths, weaknesses and overall encounter. Each of these battles will require you to spend some time figuring out what their weakness is and how to exploit it.

Even once you figured them out, exploiting their weakness is a whole new challenge itself. This makes each battle feel epic and rewarding to complete.

As the name implies, Majora’s Mask has a unique focus on masks which it uses in very innovative ways. As you play through the game you will unlock various masks which you can equip. 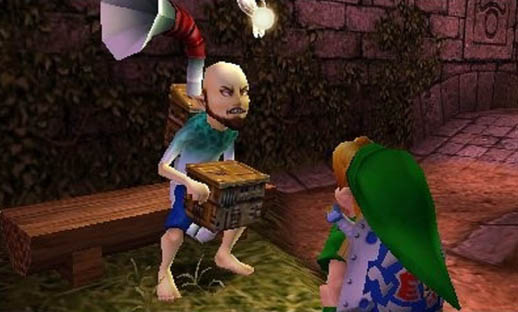 Each mask has its own abilities ranging from minor things like drawing nearby fairies towards you, to larger things like transforming you into a different creature. Each creature you transform into has completely different attacks and general abilities.

Throughout the game, you will frequently encounter different situations and puzzles which require the abilities of different transformations. While I really enjoyed this aspect, I didn’t enjoy having to go through a 5 second cutscene each time I wanted to transform, especially when it was so frequently required.

One of the great gameplay mechanics, carried over from Ocarina of Time, is the ability to play different songs with each having a different power or purpose. These songs are often required to solve different puzzles or to use some ability such as to fly to different checkpoints or slow down or speed up time. 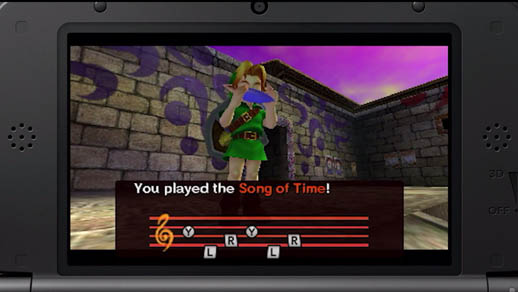 The graphics look surprisingly good, mostly due to the charming and colourful nature of them. The musical pieces played throughout the game is, like so many others in the series, amazing. It also has a certain charm to it that seems to be present in every aspect of the game.

Even after 15 years The Legend of Zelda: Majora’s Mask still holds up as one of the best games that you can buy. The focus on puzzles and the various unique and excellently implemented gameplay mechanics provides a fun and refreshing experience.

Whether you are a newcomer to the series or not, this is a must have game for any 3DS owner.