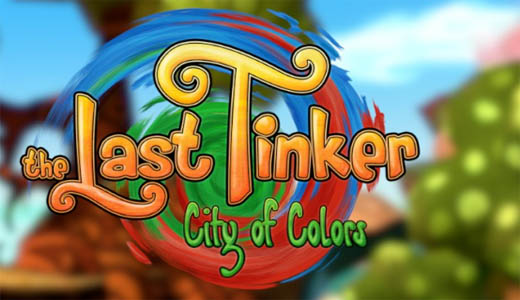 Mimimi Productions has shrugged off its mobile gaming roots in its upcoming PC/Mac/Linux game: The Last Tinker: City of Colors. In a world where anything can be made from paint, paper and a solid dose of imagination.

The Last Tinker is a bright, cute 3D adventure to save your friend, then the world.

Colortown has become divided, it’s citizens have started segregating themselves into separate communities based on colour. Each colour represents a specific emotion (red – anger, blue – sadness etc.) and each city district has decided on what they like best and no other colour will be allowed. Only in the outer city do the poor continue to combine colours and live in relative harmony. 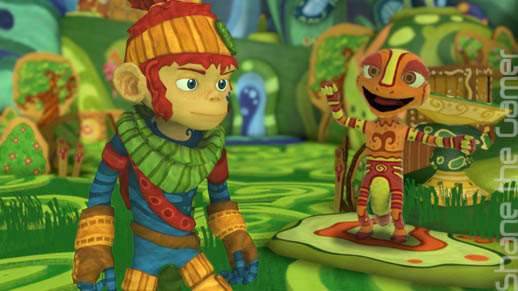 In drops the Koru, a mute ape-boy who is always getting up to mischief but is generally liked by the community. This makes him brilliant at crafting new ideas into the world and the only person alive who can unite the feuding colours in the city. The game starts amidst a market fair on the outskirts of town and a running race against the town bully. The bully hurts Koru’s friend which launches Koru on a quest to save the city in return for help healing his friend. 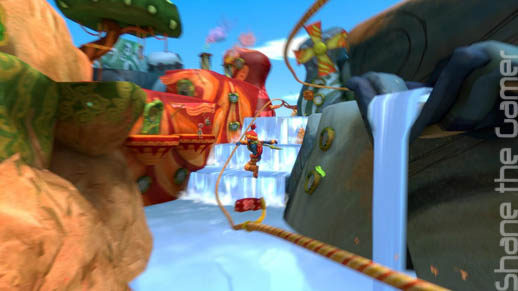 The world of The Last Tinker is heavily stylised in keeping with the premise of imagination being the primary resource required to build new things. The developers have clearly gone to a lot of effort make everything in the world fit with each other. Talking animal characters will charm you on your journey around an amazing variety of structures. Each district of the city has its own distinct flair and helps to keep the game world feeling fresh. 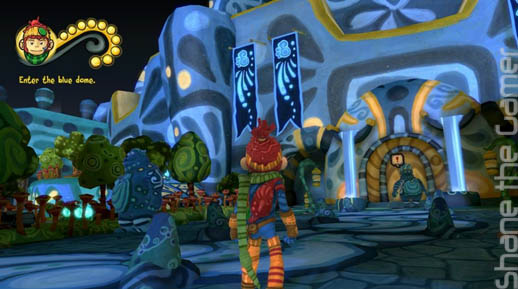 Unfortunately the gameplay cannot keep up with this variety. Although the build played was not complete, the game quickly fell from an amazing journey through a vibrant world into a mire of repetitive actions through changing environments.

The game loosely borrows ‘free-running’ elements from Assassin’s Creed but without any of the former games freedom of environment. Koru only requires the player to hold down the sprint key to perform his lithe leaps and bounds down the tight corridors of each level. This makes it quite obvious that the platforming is only a poor attempt to keep the player entertained between basic puzzles and simple combat. 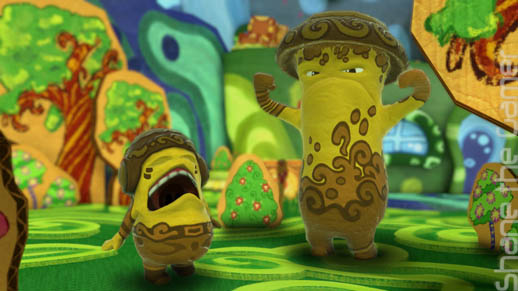 The Last Tinker offers full controller support and really should be played with such. Whilst the mouse + keyboard controls aren’t altogether horrible, they are very unintuitive (F to talk? Really?) Space bar to sprint is also unconventional but makes more sense as the player quickly finds themselves holding sprint continuously throughout the game which is easier to maintain with a thumb. 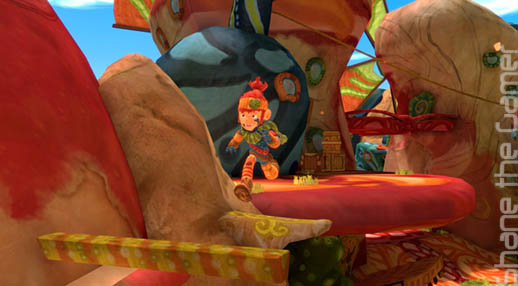 For a world where anything can be made from colour, paper and an idea, it was quite a shock to not actually be able to use this ability in the game at all. Sadly despite the gorgeous environments and the cute ‘paper based’ talking cards The Last Tinker: City of Colors never really recovered from this initial disappointment with its lacklustre gameplay and heavy handed morality. 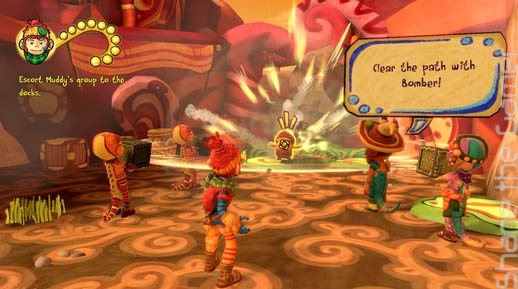 This game would be a great game for a young audience or those who aren’t looking for a challenge and are happy to have a casual game through a gorgeous, stylised environment. However for all its brilliant concepts, the game lacks the depth to keep this previewer engaged.