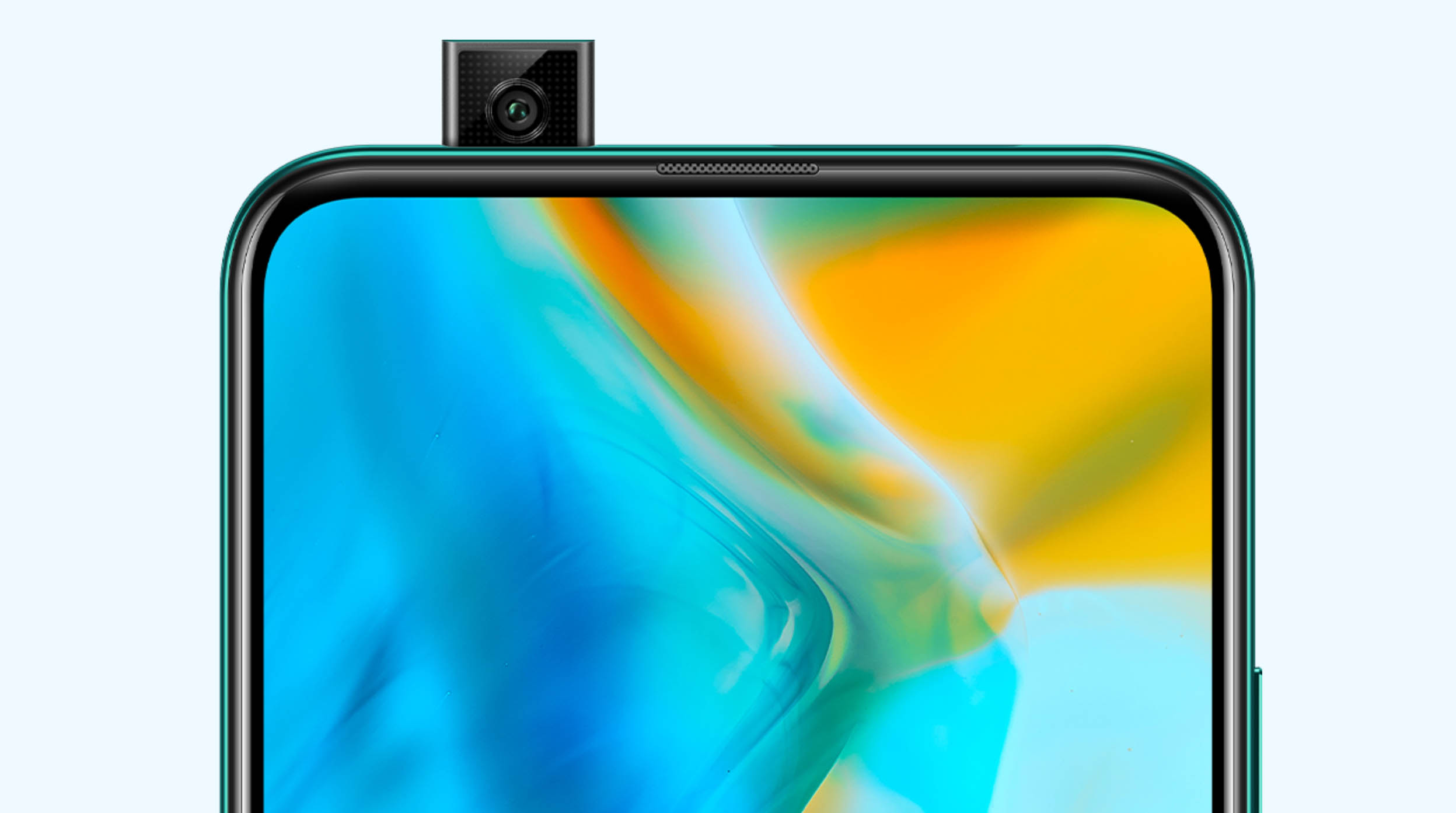 HUAWEI is moving on with its plan to launch its latest Y9 Prime 2019 series, offering the authentic bezel-less phone powered by Android 9.

The pop-up camera phone with a full HD display comes with an affordable price tag of $399 NZD.

Equipped with HUAWEI’s own high-performance, low-power Kirin 710F chipset, and the intelligent EMUI 9 operating system based on Android Pie, the Y9 Prime 2019 provides the latest innovative features such as AI-supported photography, a long battery life, high-end graphics, and impressive aesthetic design. The combination of advanced technology, revolutionary aesthetics design, and affordable pricing in the budget smartphone is a testament of HUAWEI’s commitment to bring a smartphone with high-end technology to the public.

HUAWEI Y9 Prime 2019 comes with a triple rear camera setup that pushes the boundaries of budget phones, but the highlights of its camera lies in the front camera with a “pop-up” configuration.

The 16MP pop-up camera is hidden within the phone body when not in use. When the front camera is activated, it would automatically emerge and hover over the screen, like a submarine periscope appearing from under the surface. This elegant futuristic design allows the phone to realize a bezelless and notch-less display, providing a higher screen-to-body ratio.

The pop-up lens is propelled by a motor and lifting device that is sensitive to its environment with an intelligent drop protection function, retracting the lens in a free-fall status. The reliability test also reveals that the front side is able to bear the direct force of a 15kg object. Most smartphones strive to offer the maximum viewing experience to the users without any disturbance. However, most phones are unable to avoid the “notch” or the “bezel” to incorporate the front camera and other components.

HUAWEI Y9 PRIME 2019’s pop-up camera, earpiece and ambient light sensor are relocated for the HUAWEI Y9 Prime 2019 to achieve a sleek 19.5:9 screen aspect ratio. The users would be able to enjoy a fuller view when streaming videos or gaming, as the 6.59-inch screen occupies 91% of the phone’s body. With a 2340 x 1080 full HD display and a jam-packed pixel density of 391 PPI, the HUAWEI Y9 Prime 2019 screen works like a magnifying glass to convey the details on a minute scale. The wide color gamut of 85% produces vibrant visuals with bold textures and vivid features.

Moreover, the HUAWEI Y9 Prime 2019 is equipped with an advanced Eye comfort mode, which filters out harmful blue light to prevent eye strain and fatigue. This function has passed rigorous tests for photo-biological safety, and been certified as effective by TÜV Rheinland.

The front camera also possesses enhanced AI backlight imagery technology, an AI natural facial beautification algorithm, and 3D portrait lighting effects. The lighting and beauty effects can be calibrated according to the setting and user characteristics, with the subtlety of professional studio lighting. 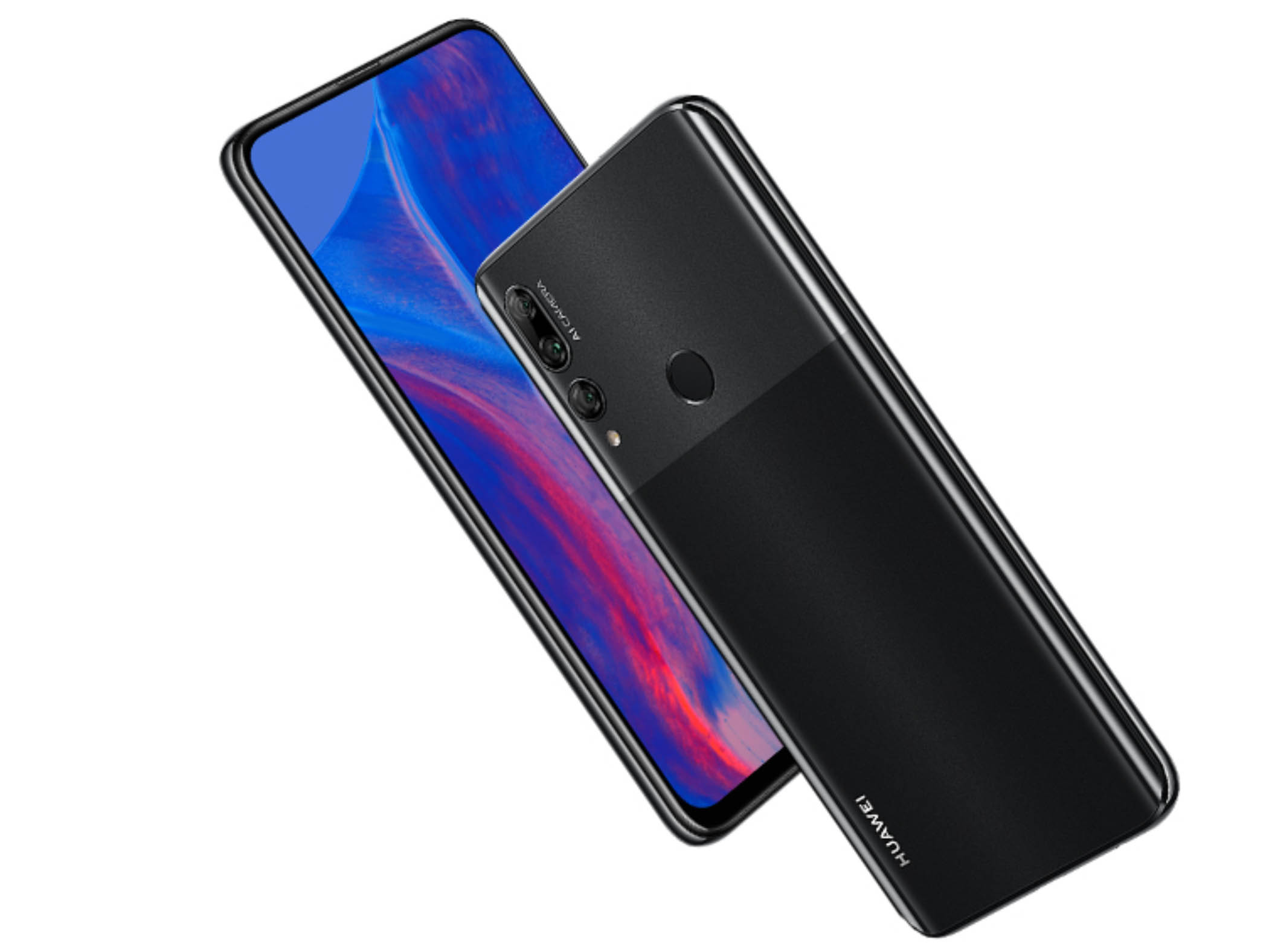 The 16MP main camera and 8MP secondary camera utilize a 6P (six-lens plastic array) design, which helps capture crystal-clear images with a sterling level of the detail and powerful light intake, resulting in improved resolution and contrasts. The F/1.8 aperture on the 16MP camera takes in 50% more light than the F/2.2 aperture is more commonly seen, with low noise, and fast focusing. Meanwhile, the 8MP sensor offers one of the most impressive feats little found among the budget phones, an ultra-wide angle camera that allows for 120° wide-angle shots of vast landscapes or breathtaking skylines.

On the other hand, the 2MP sensor coordinates with the primary camera to generate the depth of field in the photo, enabling SLR-quality images on a palm-sized budget handset. Tools such as Night mode, and 480 FPS super slow motion videos, bring a range of professional features within reach.

The HUAWEI Y9 Prime 2019 is equipped with the 12nm process Kirin 710F chipset, with eight-core architecture for high performance and maximum power efficiency. Compare to the previous generation, the single-thread CPU performance is 75% higher, the multithread performance is 68% higher, while doubling the GPU energy efficiency. It has resulted in 30% higher in performance while the energy consumption is 30% lower. The 4,000 mAh large-capacity battery rates near the top of the market, and works for hand in glove with the Kirin 710F chipset, interacting to provide optimal power efficiency to run the power-intensive features.

The EMUI 9 operating system features cutting-edge F2FS 2.0 and EROFS technologies which clear cache and fragments from the system, increasing available space, and keeping the phone running for an extended period of time without the slightest lag.