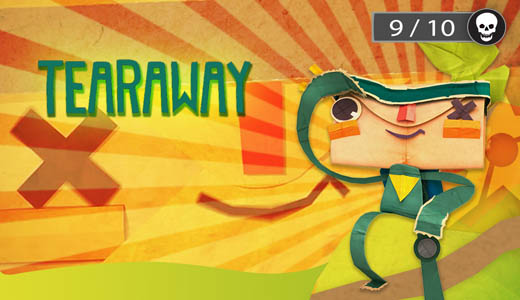 Tearaway is Media Molecules latest title and first foray onto the PlayStation Vita. With the success of Little Big Planet 1 and 2, its main character Sackboy has become an icon for the PlayStation universe.

While the same can’t yet be said for this game’s main characters, there’s no doubt Tearaway is a must have for any PlayStation Vita owner.

Tearaway’s story is simplistic but focused. Playing as either Iota (a boy) or Atoi (a girl), your job as a messenger is to deliver a letter to the world outside the Vita. As you journey through the world of Tearaway you encounter its inhabitants, defeat terrible little pieces of scrap paper and learn the meaning of this message you carry as well as the importance of its delivery. 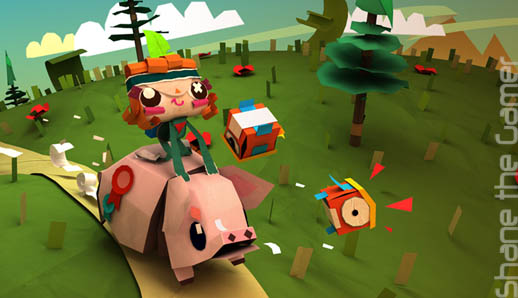 The ongoing theme throughout the game is expanding beyond one’s current world. Atoi or Iota work to deliver to a world beyond their own while the game similarly seeks to look beyond the boundaries of a handheld device. This is achieved through the superimposed image of you captured from the Vita’s camera, which can be jarring at first but does help strengthen the relationship you feel with your messenger. Additionally, the inclusion of collectable papercraft designs throughout the game mean that the game can continue outside the Vita through more traditional conventions. 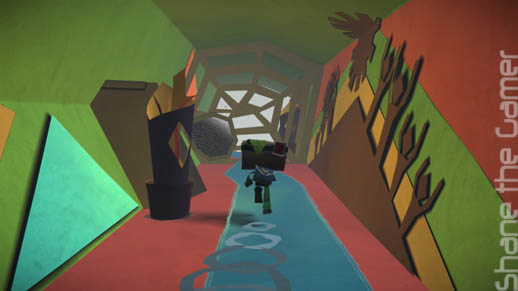 For a portable device, Tearaway’s lack of multiplayer or social features detracts from the game’s scope and any desire for additional playthroughs. Making collectables that were shareable across Vita systems would have worked towards pushing the console into the same social territory as other portable devices, but as a whole the game does function as a solid single player experience. 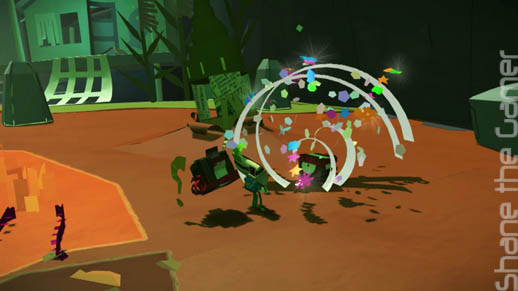 Controls in Tearaway are refreshingly diverse. Starting with typical movement controls, the Vita’s various input methods are quickly utilised to great effect and in a manner that doesn’t feel forced or gimicky. From bouncing your character by tapping the rear touchpad, to rolling them down slopes by titles the Vita’s built in gyros; traveling through the world of Tearaway is anything but dull. 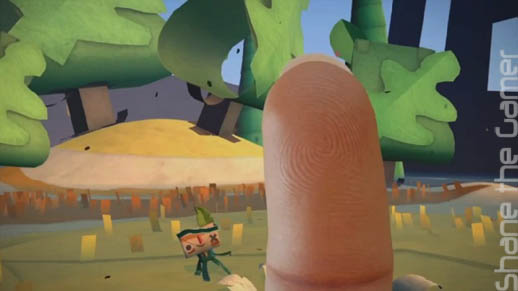 This is particularly true with the touch screen controls used on the Vita’s main display.

At first they may seem disruptive to game flow, constantly stopping to lift up a ramp or unfold a bridge, but the tactile experience quickly becomes intuitive and part of the story as you, the entity from the other world become a powerful being that manipulates the world for your messenger. It especially makes sense given the world is constructed in such a manner that begs for folding, tearing and unwrapping with your bare hands. 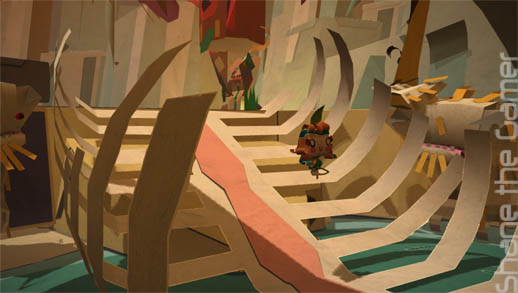 The paper aesthetic throughout is truly sold by Media Molecule’s attention to detail.

Loose edges that haven’t been glued properly will flap and flatten as you walk over them, the glue smear over walls that allows you to climb has that same consistency that reminds you of kindergarten and PVA, and the sound of paper in any way you handle it always sounds crisp and clear.

There is also a nice contrast between the bright and vibrant colours of the constructed world and the worn, faded newsprint that seems to infest the areas taken over by scraps. 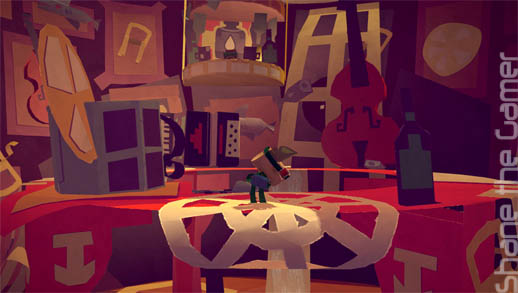 Fighting evolves nicely throughout the game as you start with the more innocent and passive dodging to stun your enemies,  followed by stunning and then throwing, then finally grabbing and throwing.

Not only does it keep these encounters interesting, but it also matures the experience as you progress through your journey. While the threat posed by scraps is never very real and checkpoints are readily available, making the game considerably less challenging, overall the combat seems to be secondary to the main gameplay mechanics which are all about interacting with the world. 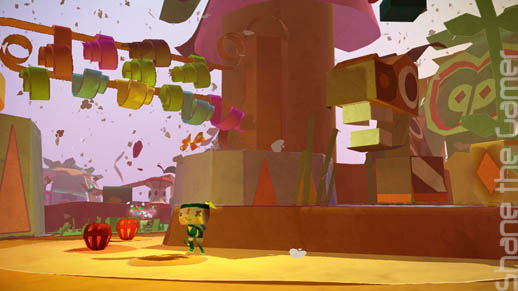 Tearaway, like Little Big Planet before it, embraces the spirit of creativity and imagination, and really offers a new way to encounter a game world.

By embracing the platforms unique controls, Tearaway declares itself a title that can only and should only be played on the PlayStation Vita.

Although its bright world and fun adventure make the game more appropriate for the younger audience, Tearaway appeals to the older audience as well. While lack of multiplayer or different difficulty levels does shorten the amount of time you’ll spend playing this game, what time you do spend will be well worth it.