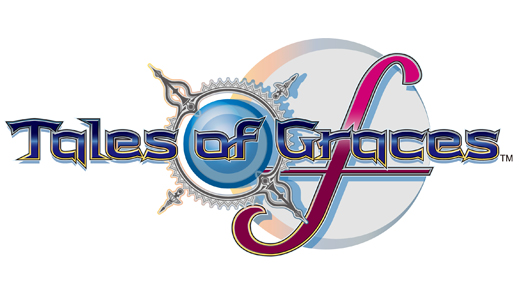 It’s better and bigger! The re-mastered version of Namco’s 2009 Wii Release of Tales of Graces is now native 720p with an additional arc hence the addition of the “f” on the game title.

When you first pop in the disc it kicks off with a beautiful anime style cinematic showcasing the characters you meet throughout the game and there progression towards adulthood, hyping you up for the actual gameplay.

In Tales of Graces 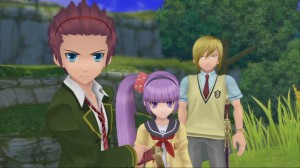 F you play as “Asbel Lhant” who is the heir to the land of Lhant, He discovers a mysterious girl who seems to have amnesia, on one of his rebellious escapades with his little brother Hubert, they set off in hope of recovering her memories along with their fellow friends Cheria who is madly in love with Asbel and Richard the Prince, the story obviously progresses to be a lot more intricate but I won’t go into that much detail since no one likes a spoiler!.

With most JRPG’s the game centers around friendship, when I started playing I got that nostalgia feeling I was playing Kingdom hearts mixed with Zelda except the prologue on this game is EXTREMELY long it took me around 5 consecutive hours to finish it, but those hours pay off later on in the story, a lot of what you do in the prologue strongly shows as you progress, it also allows for the player to really relate to what’s happening  in game it gives you that feeling like “oh wow I was there and I did that” not like other games where they show a cinematic or tell some back story as to why a certain event has taken place. 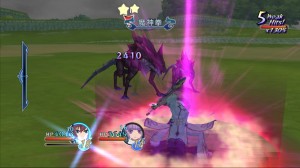 The free roam is actually very good in my opinion although it is still linear they overcome this with making the landscapes wide and giving them a good amount of depth so you don’t feel confined as much traveling a predetermined path. Also as you travel you have specific spots where you can initiate a “skit” which is a short conversation your party has with relation to their current objective this is a very nice feature they have added to the game allowing the player to change gears and not constantly just run around to get to point A to point B.

Dual what? Dualizing! Tales of Graces F has a feature to combine items for a small fee at shops or wandering merchants called “Turtlez” creating things that can be sold for pure profit (Gald the in game currency). You can also add shards to a weapon or costume, adding status effects. After a while a weapon will become tempered allowing you to dualize it with another tempered weapon. This sets both weapons back to its original state with a slight increase in base stats. It also creates a crystal bearing traits from both weapons which can be used to add more status effects to a character or to be dualized even more! The possibilities are almost endless.

As for the battle 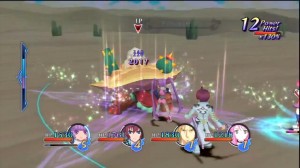 system it’s a bit confusing and takes a while to master (to be honest I haven’t quite mastered it myself), but it’s like that with most RPG’s so you shouldn’t be surprised they all want their games to have a unique mechanic/style to it and allow the player to have a colossal amount of options to suit their play style.  As you roam you can initiate battles with enemies/monsters simply by walking into them similar to games like final fantasy and lost odyssey which once initiated takes you to a new playing field resembling your current surroundings, which I find quite annoying sometimes especially when I’m just trying to get somewhere to continue with the main storyline, I just try to dodge them all which is not a good idea since later on you wish you had grinded to help with the tougher battles later on but nothing a difficulty change can’t fix! 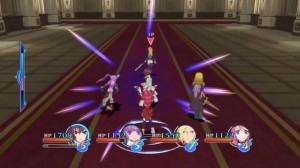 The battle gameplay itself is very fluid and looks very good, the special “finisher” arcade type moves are awesome showing a small cut scene before going full bad-assery (yeah cool word) on your opponent. The game also allows you to view enemy’s weaknesses during battle by holding down R1 so if you’re finding it difficult to kill something, checking there weakness will help you a lot.

There were some things in the game they could have improved for example the objective’s that are brought up by holding L1 are very vague and has made me wonder pointlessly sometimes, still a few bugs in game, sometimes I wouldn’t be able to get out of the menu trying to change my titles. I would have to change my titles twice before it let me press “O” to get out. 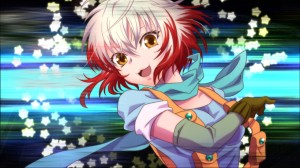 Tales series game that I have played, I can say I’m very much a fan now, If you can tough it out and play through the long build up you won’t regret it in the long run, like the saying goes “good things take time”. If you’re looking for something different and want a game you can really get in tune with I’d recommend this as a good play. 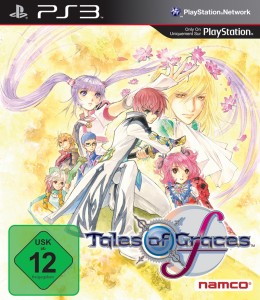