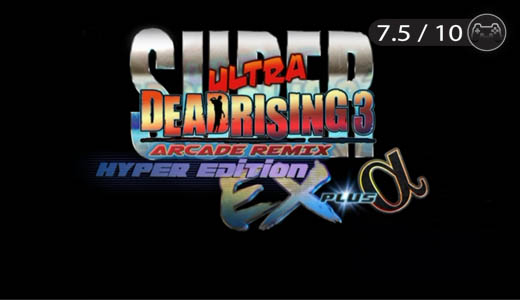 Much like it’s namesake, Super Ultra Dead Rising 3 Arcade Remix Hyper Edition EX Plus Alpha is a fairly ridiculous game that adds itself on to the original Dead Rising 3.

If you take Dead Rising 3, and (I can’t believe I’m saying this) stripped out any elements that made the game in anyway sane, manageable and low-key, you’d be left with this very bombastic, bright, loud and goofy DLC. Which, while completely absurd, is also a heck of a lot of fun. 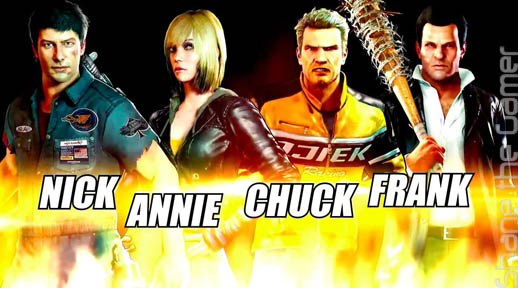 Whereas the Untold Stories DLC for DR3 gave us a look at some of the grittier, darker stories happening in Los Perdos around the events of the game, the latest piece of content takes things in the completely opposite direction, reimagining the world of Dead Rising as a beat ‘em up arcade game, complete with power-ups, flashing lights, coins to collect and a range of fun surprises hidden along the way. 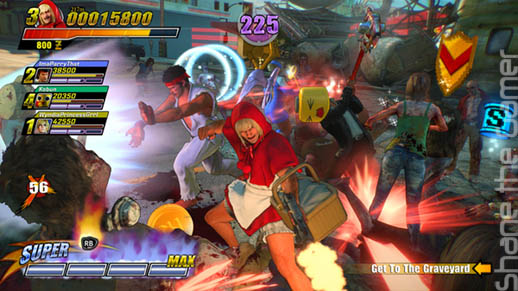 Whereas the original game places you in the shoes of Nick Ramos, this one works a robust character selection system, which feels like more like Street Fighter than the actual game it runs on.

Each of the four main characters of the franchise (Nick Ramos, Chuck Greene, Frank West and Annie Greene) are given five different costumes, each with a unique look and set of weapons and abilities. Some of these costumes are based on references to the Dead Rising series e.g Servbot Frank, but the majority of them are cosplay attempts at some of Capcom’s more recognizable characters – Annie does a pretty decent Chun-Li impression and Nick does a fairly decent Ryu (complete with Hadoken special move). 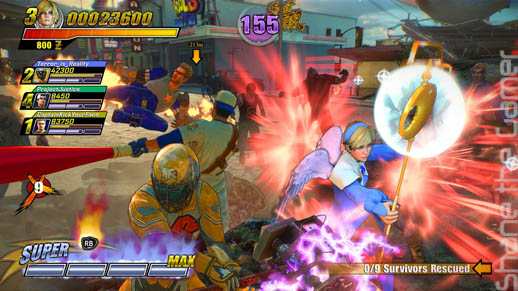 Characters are unlocked by collecting coins in games, killing zombies and finding hidden secrets throughout the games’ four stages.

These incentives provide more than enough motivation to replay the game a good few times, if more know other reason than to see what lunatic special move each character will have. 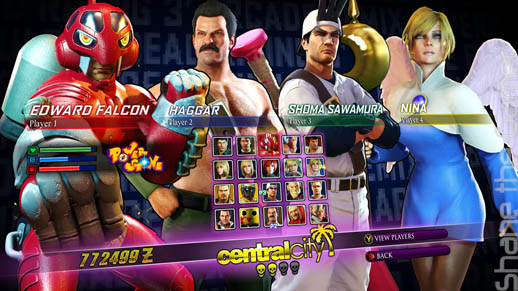 At it’s core, as a spin-off you’d expect this game to be graphically identical to what you’ve seen before, but you’d be very wrong.

Replacing the dark, grimy horror movie tones of the Los Perdos from DR3, are bright neon lights everywhere, flashing giant 8-bit tokens and pumping dance music that feel like something out of TRON.

When combined with an overly silly and hilarious self-aware tone, the entire visuals of this game deliver a consistency of tone that the Dead Rising series has been lacking for quite some time. It’s totally silly, and it’s well aware of it. 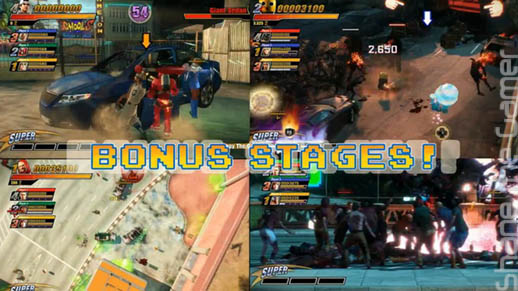 Perhaps the most appealing part of this latest piece of DLC is the online multi-player co-op.

There’s something very appealing about taking to the streets with three other mates and creating as much zombie carnage as you possibly can as the cast of Street Fighter. 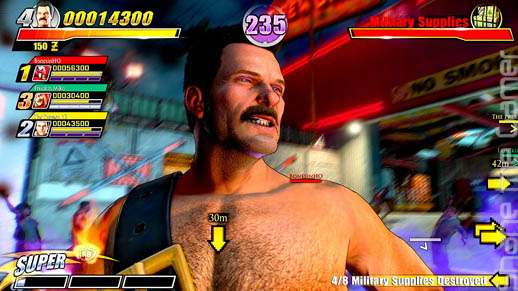 If you’ve got DR3 already, and got a few dollars to spare, this is a great way to kill some time, and a worthy (albeit very silly) addition to the DR lineage. It could perhaps do with being a little longer, but I can’t help but feel like that might detract from it’s on-point arcade vibe.