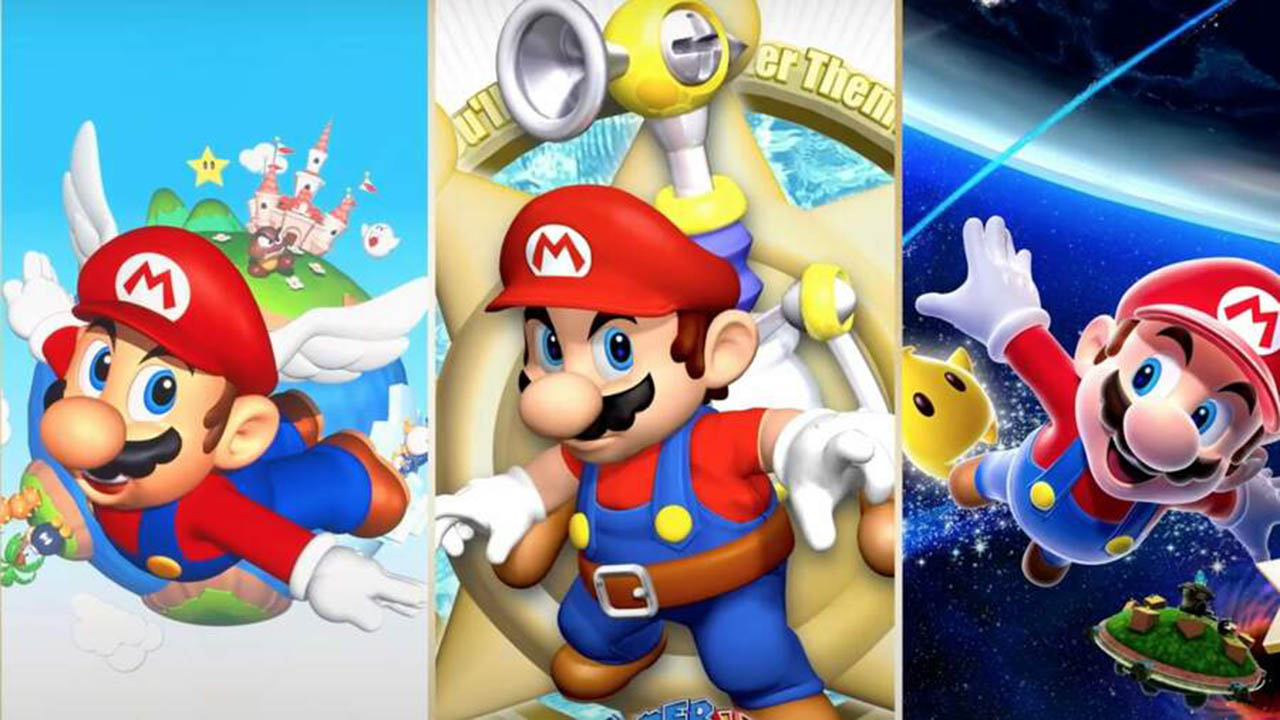 My first Mario was the original Super Mario Bros that I played to death on my cousins NES many years ago. Then I basically stayed out of the Nintendo ecosystem, except for my 3DS, until I got my Switch. Thanks to a whole lot of re-releases I have been slowly filling my Nintendo gaps, but the Marios from the N64 to Wii were a giant one which thanks to Super Mario 3D All-Stars I get to fill.

Super Mario 3D All-Stars loads Super Mario 64 (N64), Super Mario Sunshine (GameCube), and Super Mario Galaxy (Wii) into one tidy package. This on paper is a cool package as it gives you a taste of three Nintendo consoles. You can definitely see how far Mario has come. 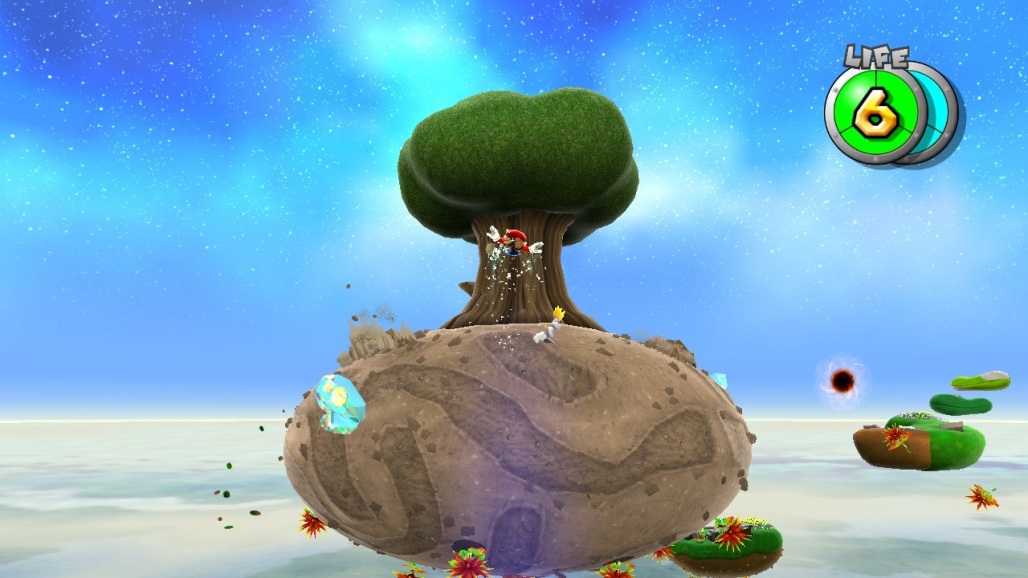 I started off trying out Super Mario 64. Now I knew it was going to be rough before I started the game, because let’s be honest it is 24 years old, but I didn’t know how rough. I first started it on a Friday night, and I may have had some beers in me, but it actually made me feel woozy playing the game.

I’m not sure if it is the port, or that’s how the game looked but the frame rate seemed to dip a lot. Even sober it hurt me and my wife’s eyes after not long. It’s cool having it in the package, but I didn’t come close to finishing it. The good news is I was perfectly happy having that as a novelty and focusing my time on Super Mario Sunshine and Super Mario Galaxy because these games are solid. 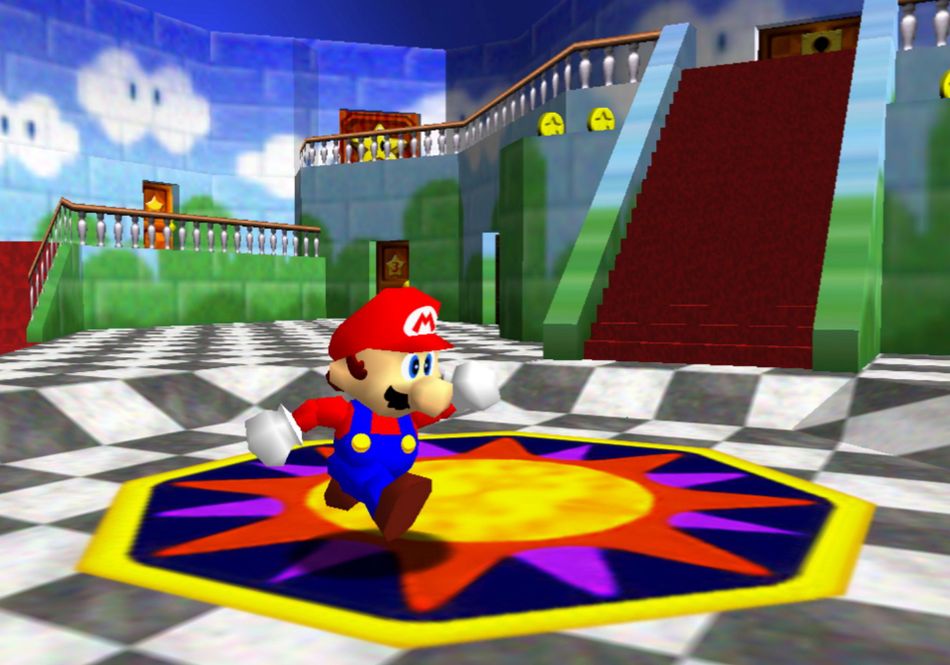 Super Mario Sunshine has Mario, Peach, and the gang going to an island for a vacation. After a rough landing they see goop is covering a lot of people as well as heaps of goopy ‘M’s. Mario is accused of the mess and has to use the FLUDD system to tidy it all up. We soon discover that a goopy Mario clone is the one causing the mess and the team does what they can to stop him.

The game looks good for its age, and plays decently. The FLUDD system which is basically a backpack that shoots water is the core system. This allows Mario to do a bunch of stuff like hovering and it works pretty well, even if aiming can be a pain in the ass. It plays a lot better than I expected and I had a blast playing it. Some of the challenges can be a nightmare however, as was common back in the day.

Then there is Super Mario Galaxy. This one has Mario going to Peach’s castle to celebrate the Star Festival when Bowser shows up to snatch Peach and take her to the new galaxy he has made. We are then introduced to Rosalina who says that Bowser has pinched her stars and she needs Mario to defeat him. 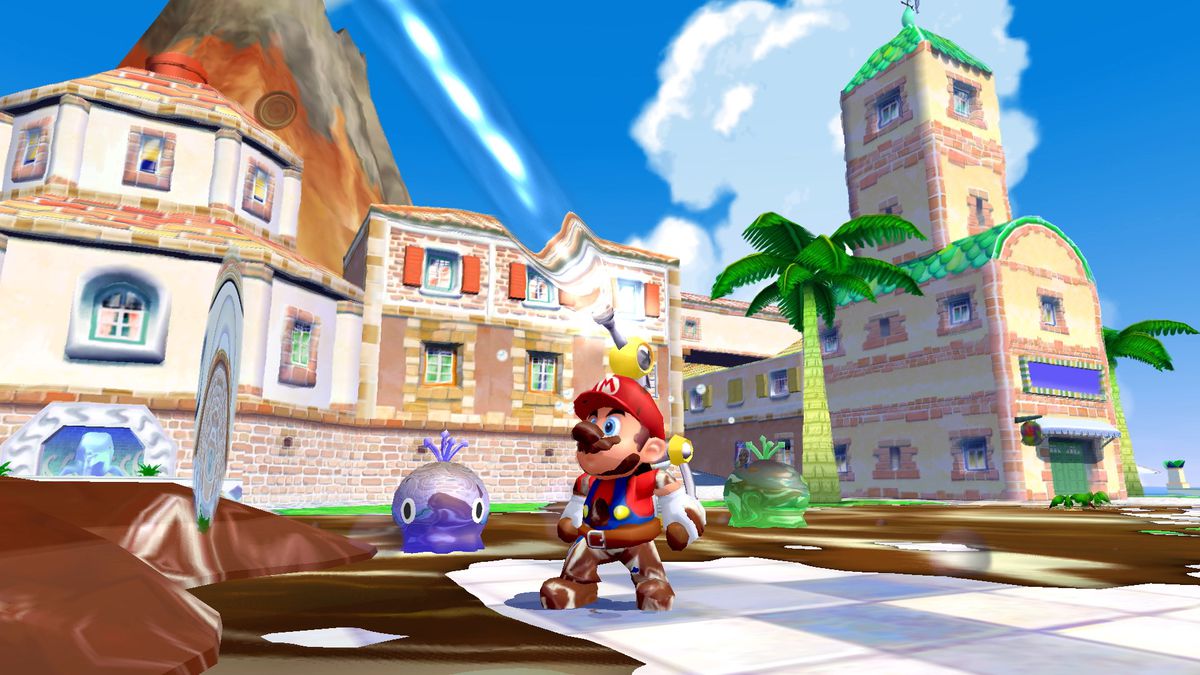 Mario then kicks off what feels more like a normal platforming adventure. Because the game was built for Wii which is famous for motion controls, there is some work done here. This was mostly used to vacuum up star bits and to make Mario do a spin attack. These can either be done using the joy con which feels more natural, or using the touch screen for aiming for the stars.

It is good they have made the game more accessible for Switch, but it is definitely a lot more fun at home plugged in using the motion controls than using the touch screen on a train. I wish some time had been put in to use the analogue sticks because playing platformers is the best way to spend a commute. It is still made more accessible though so I’ll take my wins when I get them. 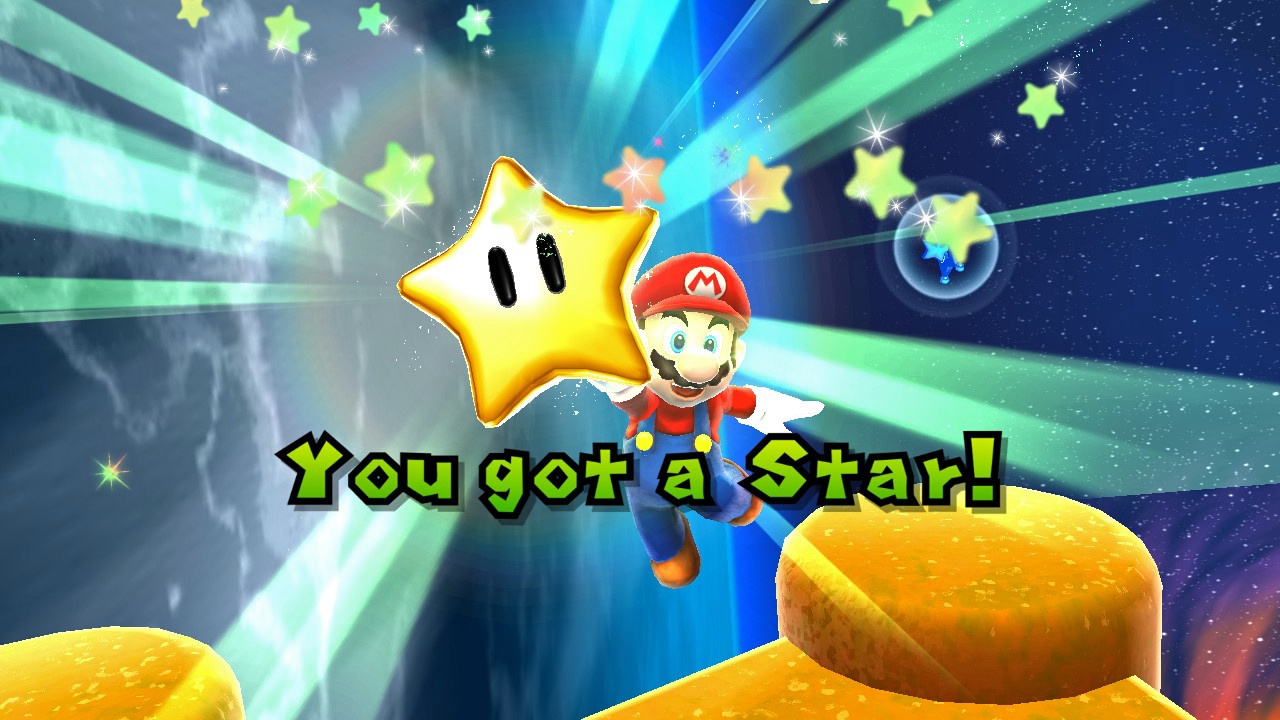 The package comes with some information about the games and a jukebox with heaps of music which is cool. It’s not a heap of additional content, but if you are buying this collection it is for the three games right?

Super Mario 3D All-Stars is an awesome collection. Sunshine and Galaxy are both well worth the price of admission, and for people with iron stomachs or better eyes than mine Mario 64 is a cool bonus history lesson. Hopefully you nab it before it disappears off digital shelves. 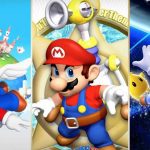 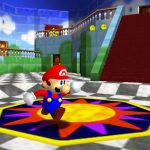 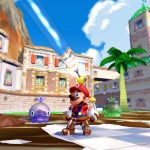 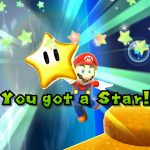 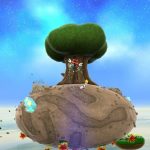