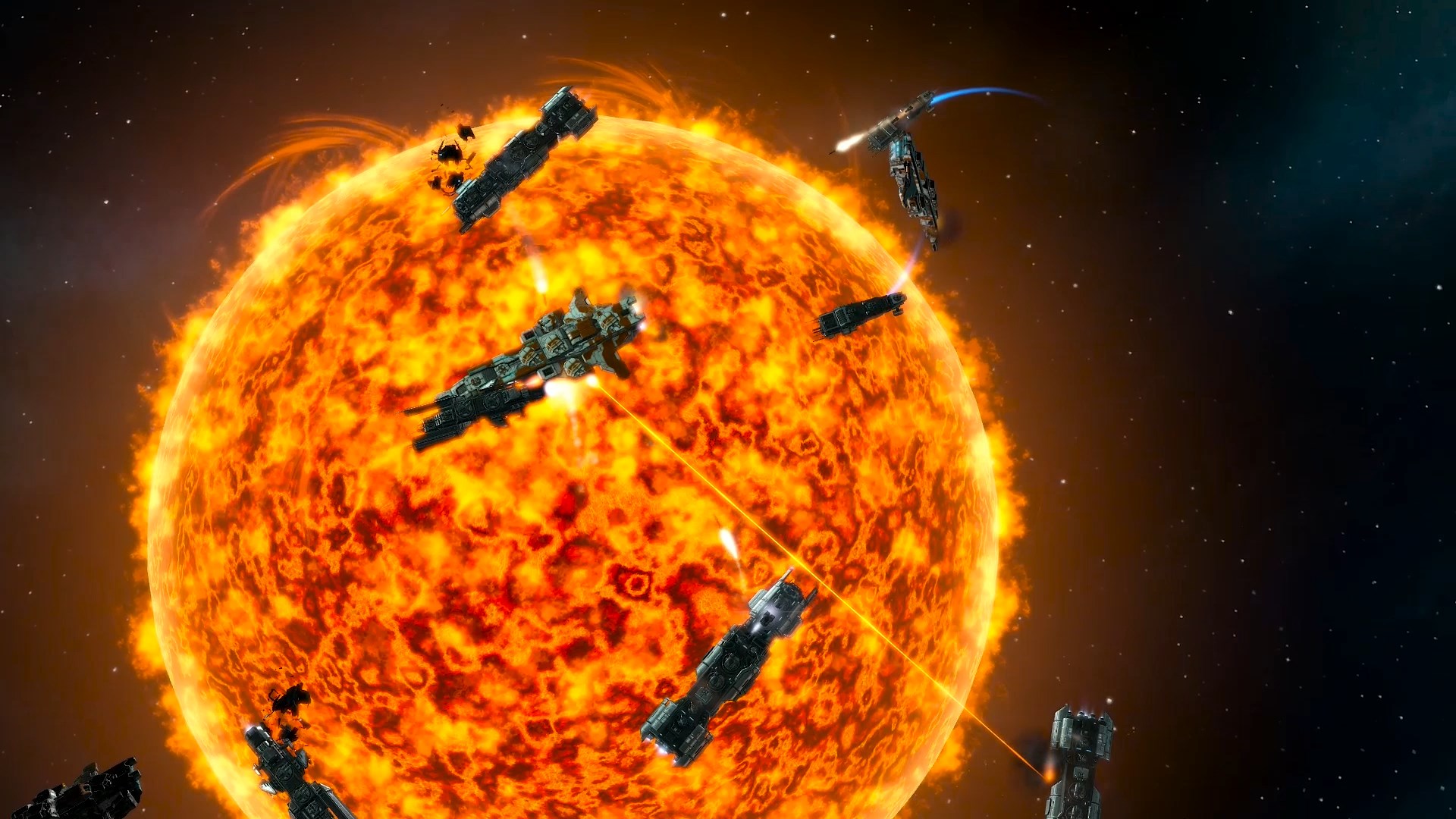 With my love of science fiction and strategy, it was hard not to get excited when Paradox Development Studio, the creators of Europa Universalis and Crusader Kings,announced their foray into the spacestrategy genre with Stellaris. With a reputation for deep strategy, it was sure to be interesting to see what they could bring to this neglected genre.

From the start, you are given a decent variety of races to choose from, each with their own unique set of skills. Outside of their visual appearance though, the races are lacking a bit of individual personality to make playing with each feel different.

Stellaris is very much a game of two parts. The first and most enjoyable part is the initial expansion of your empire. The crux of this involves sending out science ships to survey systems, constructing mining and research stations to gain resources and sending out colony ships to colonise habitable planets. To mix things up a bit your science ships often find anomalies which can be researched to unlock a bit of local history and if you’re lucky some valuable resources. 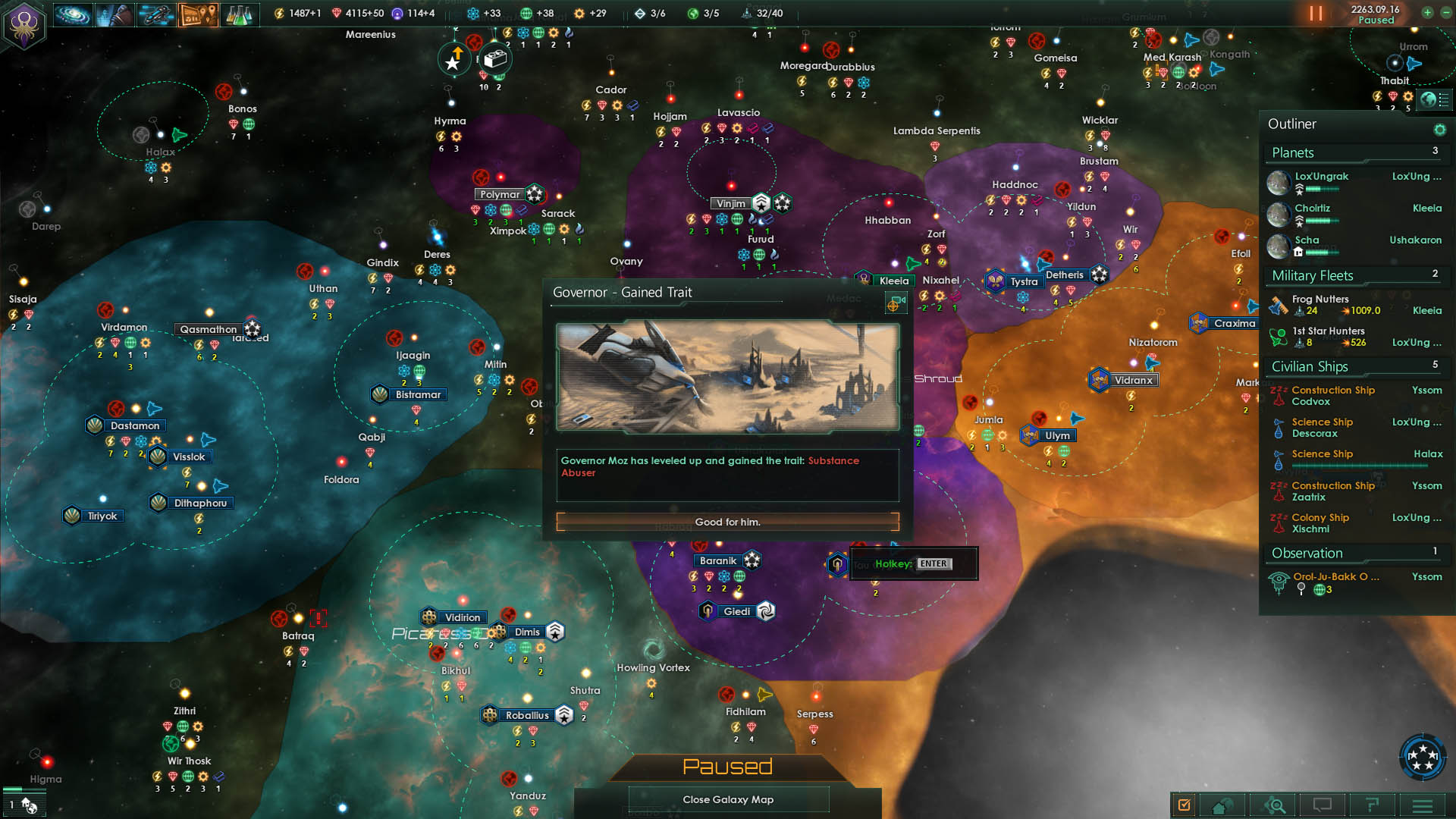 This exciting exploration into the unknown can only last for so long as you soon find yourself at an impasse as your borders with neighbouring empires becomes well defined. Once you encounter these neighbouring empires, things begin to shift away from the expansion and more towards diplomacy and war. While this may sound interesting, it is at this point where the pace of the game suddenly shifts down a gear.

A primary reason for this is that empire management is very hands off which proves to be both a blessing and a burden. To eliminate the need of tedious micromanagement as your empire grows, you can introduce self-governing sectors. These sectors take a cut of the resources generated inside its borders which it uses to freely upgrade the planets. Creating sectors proves a necessity as you can only personally control 5 planets at a time before you are penalised. The end result of this is that when not at war or expanding your empire, you will find yourself having nothing to do. These downtimes can get excruciatingly boring.

In order to relieve my boredom, I found myself constantly trying to jump from one war to another which is actually enjoyable. The game utilises a unique declaration of war system which while interesting doesn’t feel fair. To initiate a war, you must first select what you want to get out of the war. Your two main choices here are an opposing empire to cede planets to you or become your vassal. Each goal you select requires a certain amount of Warscore which you must try and achieve during the war. The battles you and your allies fight in the war either increase or decrease your Warscore depending on the outcomes. 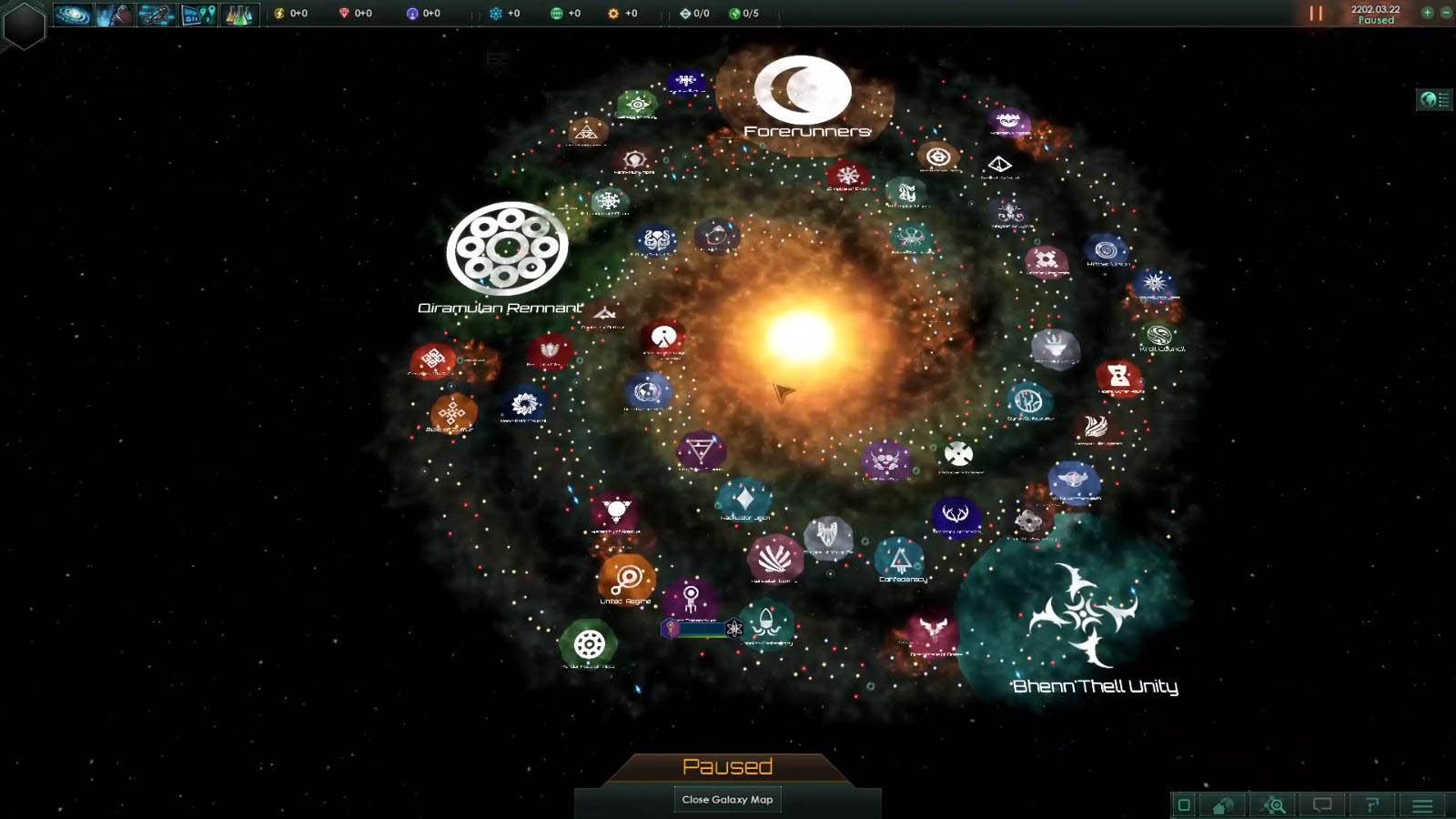 Despite being entertaining, there were a few shortcomings of the war system. First of all, the number of planets you can obtain per war is quite low, typically only allowing for about four planets to be won per war. When you systematically taken down an enemy empire, leaving them completely defenceless, only being able to take four of their planets seems very disproportional to the damage you have done.

Finally, while fighting enemy ships is fun, most the wars I fought primarily involved me going through each of their systems taking down their spaceports and resource gathering stations which for obvious reasons isn’t as fun. This was either due to me having already defeated their fleet but still finding myself short on Warscore or due to me being unable to find their fleet. Either way it made some wars feel drawn out and generally not as exciting. 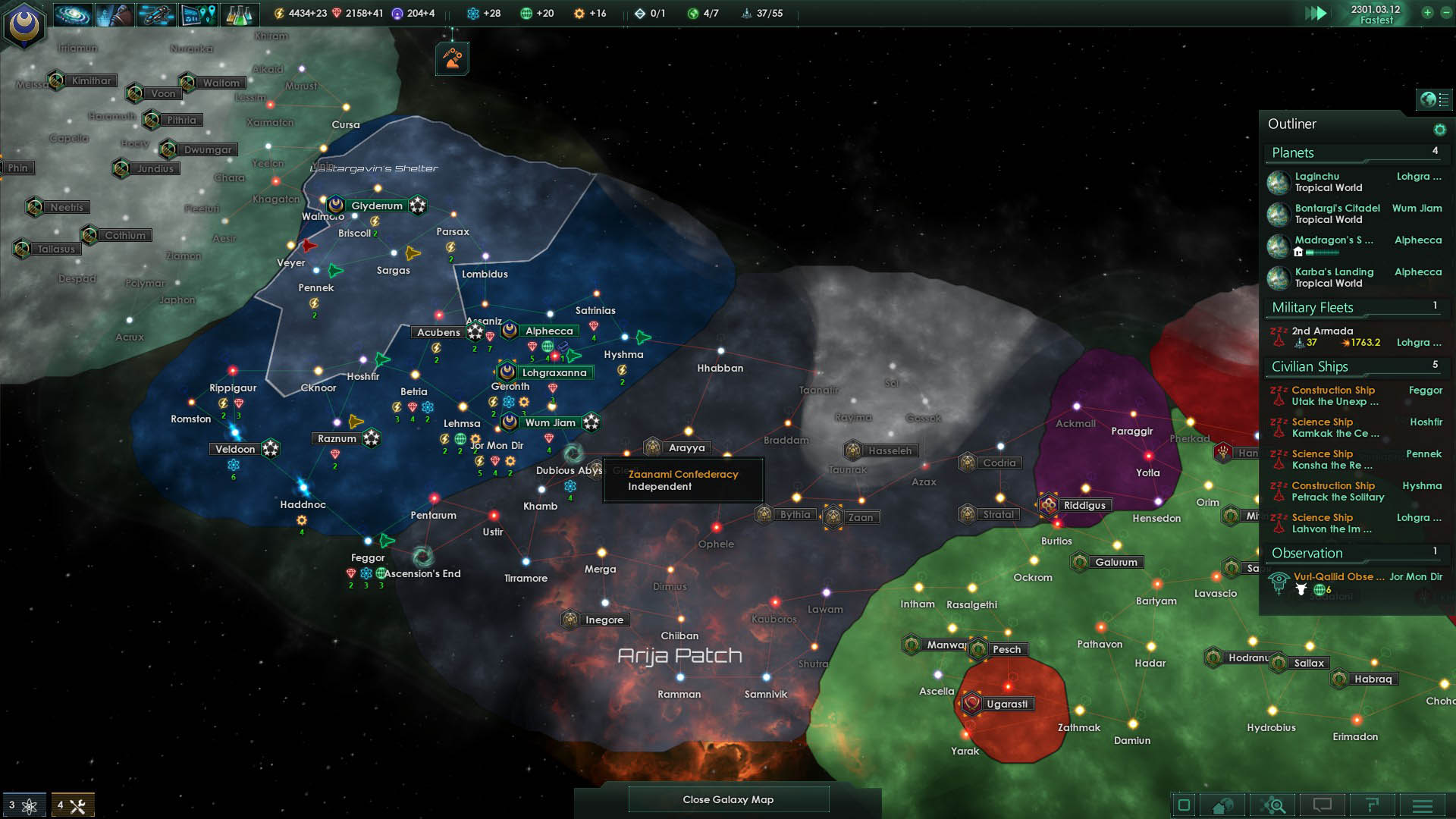 Alliances prove to be a critical part of Stellaris, at least for AI controlled opponents. Throughout the game alliances are continuously being forged between empires. Personally I found allies to be a bit of a drag in war as their losses counted against me. The AI however seem to love them which can be a bit of a pain. In one of my games 15 AI controlled opponents ended up in the same alliance which certainly gave me seconds thoughts about attacking any of them.

Outside of these main gameplay components, Stellaris proves to be a very polished and component game.Researching, diplomacy and upgrading buildings are all easy and rewarding to do. The game also performs well outside of direct gameplay components. The user interface is easy to navigate, the soundtrack is excellent and fits the game perfectly and visually it just looks great.

Stellaris is a welcome addition to the space strategy genre. It takes several major bold steps away from the traditional norms of the genre which unfortunately don’t all turn out well. While the mid-late game can get a bit boring at times, Stellaris is still an interesting and overall enjoyable experience for those like myself longing for that next great space strategy game.