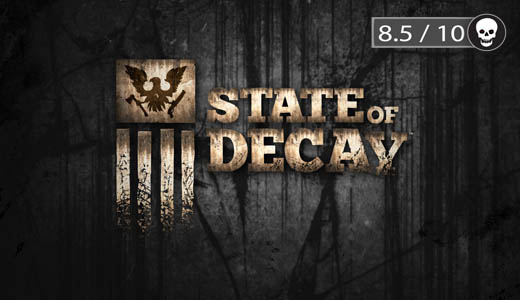 There’s an absolute horde of zombie games available at the moment, so bringing something different to the table is getting harder and harder for developers. Had State of Decay managed to pull it off?

The short answer is: yes. I’ve been through dozens of zombie games in my time, and each one sort of serves a different purpose. Dead Rising 1 and 2 sought to give you as many ridiculous ways to kill zombies as possible. Call of Duty pits you against waves and waves of zombies to see how many you can kill. The Last of Us creates a story around the reality of a zombie apocalypse. But State of Decay, more so than any other game I’ve ever encountered, examines how you’d actually survive a zombie infestation, and the day-to-day struggles of maintaining a community. 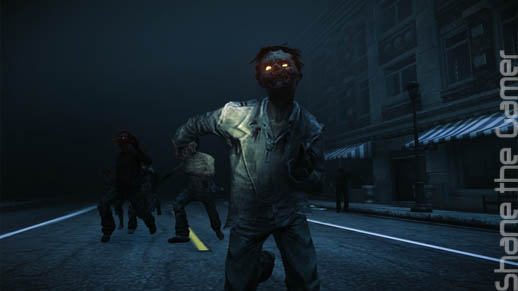 You begin the game with a bang – suddenly thrown into the shoes of camper Marcus, on holiday with his buddy at a lake in the American countryside. The game begins with you both being attacked, and scrambling to figure out what’s going on. Eventually this leads you into a small town, where you hole up in a church with a group of other survivors. Once there, the game revolves around scavenging resources, keeping morale up and saving other survivors.

Essentially exactly what you’d be doing in a real life zombie apocalypse – running around in a completely open world, doing everything you can to stay alive. You don’t stick with Marcus either – him and his problems become merely a small part of the overall game, as you bounce from character to character as fatigue tires them out. 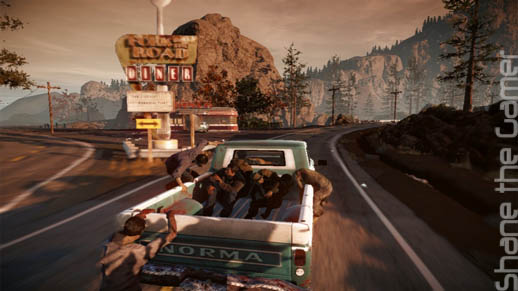 State of Decay exists in a fairly impressively sized sandbox world, and gives you almost complete freedom to go wherever you want.

The graphics may be fairly simple, but it never detracts from the feel of the game, as the artistic design is fantastic.

Much like The Walking Dead TV series, the American small town serves as a fitting place to have survivors contend with the undead menace, and burned out cars, gun shops, boulders and earthy hues all fit together perfectly to create a sense of a once simple community now in ruins. 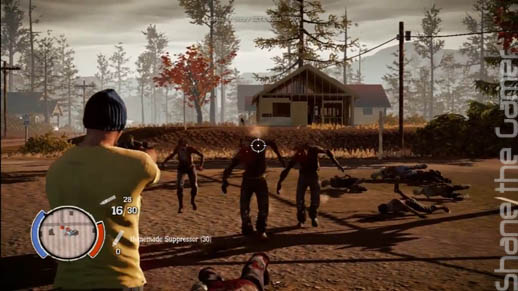 A further part of this is the amount of effort put into the cast of characters. Each character you meet is vibrant and interesting, with enough recorded dialogue so as to never seem two-dimensional and boring. And given how major of a role people management plays in this game, it’s a relief to have likeable people to manage.

That’s not to say that this game is The Sims – action is still a very integral part of this package. 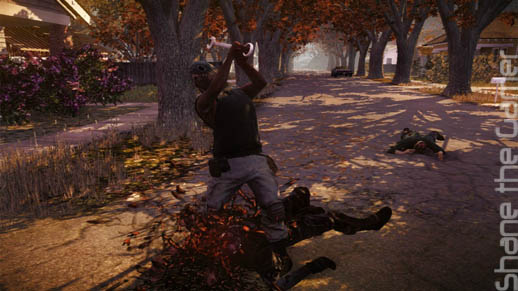 Every time you venture out into the world, the zombie threat is very present. Zombies will leap out at you every time you go into a house or store to scavenge supplies, and larger hordes roaming around in packs will appear out of nowhere and create a serious problem unless you can get yourself away or barricaded up quickly.

The action is split between melee and guns – whatever you can find, really – and the action, while simple, is tight and very satisfying. Never do you feel as though the combat is letting you down – State of Decay is a game that consistently gets the small things perfect.

One of the key things that separates State of Decay from your average zombie game is the cast of characters – many of them taking turns to be your player.

You see, in State of Decay, if you get torn apart by a wandering horde of zombies, that character is dead – permanently. This isn’t something that you initially notice, but once you’ve spent a few hours playing with one character, leveling up their abilities and making sure they have all the best stuff, you become pretty attached to them and their well-being. Which makes it suddenly very tense if you find yourself trapped in a house with the undead pouring in through every window, trying to kill them off one by one, while your ammo and stamina steadily deplete. 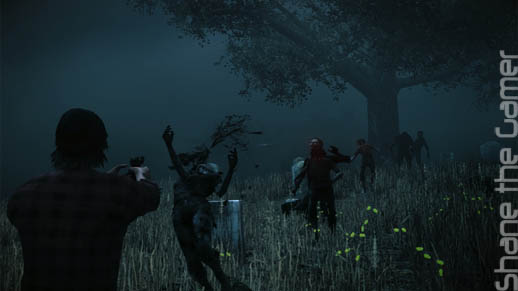 There’s a sense of real desperation and fear there, knowing you might not make it out, and that’ll be the end of that character. For a simple game, it’s an excellent device and really helps create a powerful sense of danger.

Aside from the odd-lingering bug (which is to be expected for a project this small and ambitious), I’d say State of Decay is one of the best zombie games I’ve ever played.

And given that it’s downloadable title that will only cost you around $20 from Xbox LIVE and seems to have near-limitless gameplay in an ever changing world, it’s definitely something I’d recommend grabbing as soon as you can.