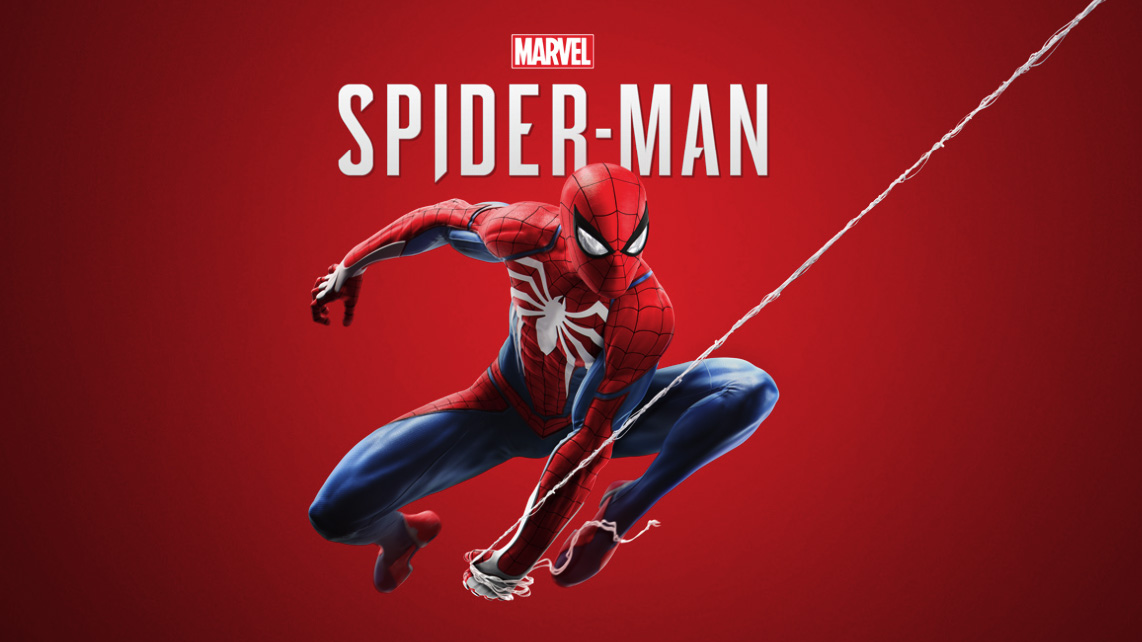 When I was a kid, Spider-Man was my favourite super-hero. This was more than likely down to reruns of the 1960’s cartoon show, with its iconic theme tune, than Nicholas Hammond mincing around in a spandex onesie in Spidey’s 70’s live-action foray.

In the 1980’s, Frank Miller’s Batman briefly became my favourite comic book character, eventually supplanted by Daredevil, again, due to the words and art of Frank Miller. Still, I’ve always had a soft spot for that friendly neighbourhood Spider-Man Spider-Man. 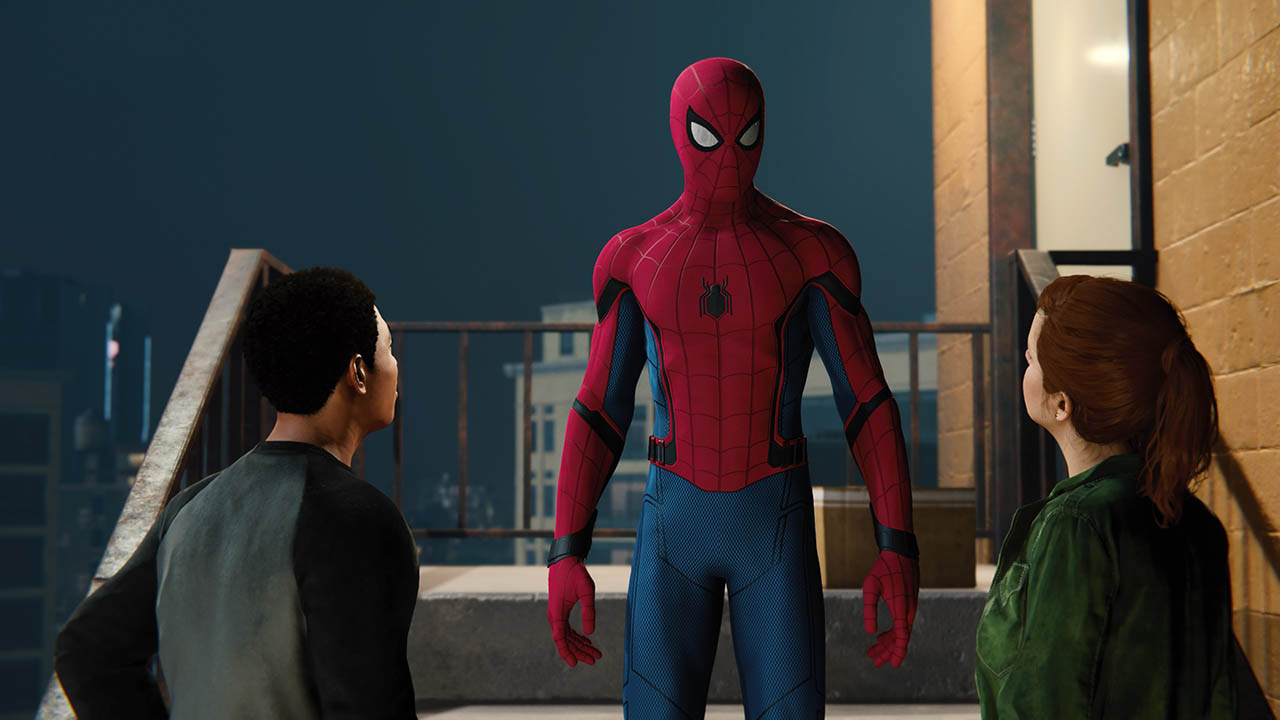 For nearly twenty years Spidey’s video-game adventures have been bought to us via Activision, with mixed results. For this new game, Marvel have turned to Insomniac Games (Sunset Overdrive / Ratchet and Clank) and partnered with Sony Computer Entertainment to bring us the latest Spider-Man digital adventure.

Being the right holders for the movie version of Spider-Man, Sony have a vested interest in the beyond the usual first party game. No expense has been spared in marketing the PlayStation 4 exclusive as this year’s big thing. SCE have been placing Marvel’s Spider-Man on the same sort of pedestal as they did God of War and Horizon: Zero Dawn.

It’s not since Spider-Man 2 way back in 2004 that I’ve whole-heartedly enjoyed a Spider-Man game. Subsequent efforts never managed to capture the exhilarating feeling of swinging through the city for me. I started playing Marvel’s Spider-Man with a bit of a bad taste in my mouth. And to begin with the new game did little to cleanse my palette. 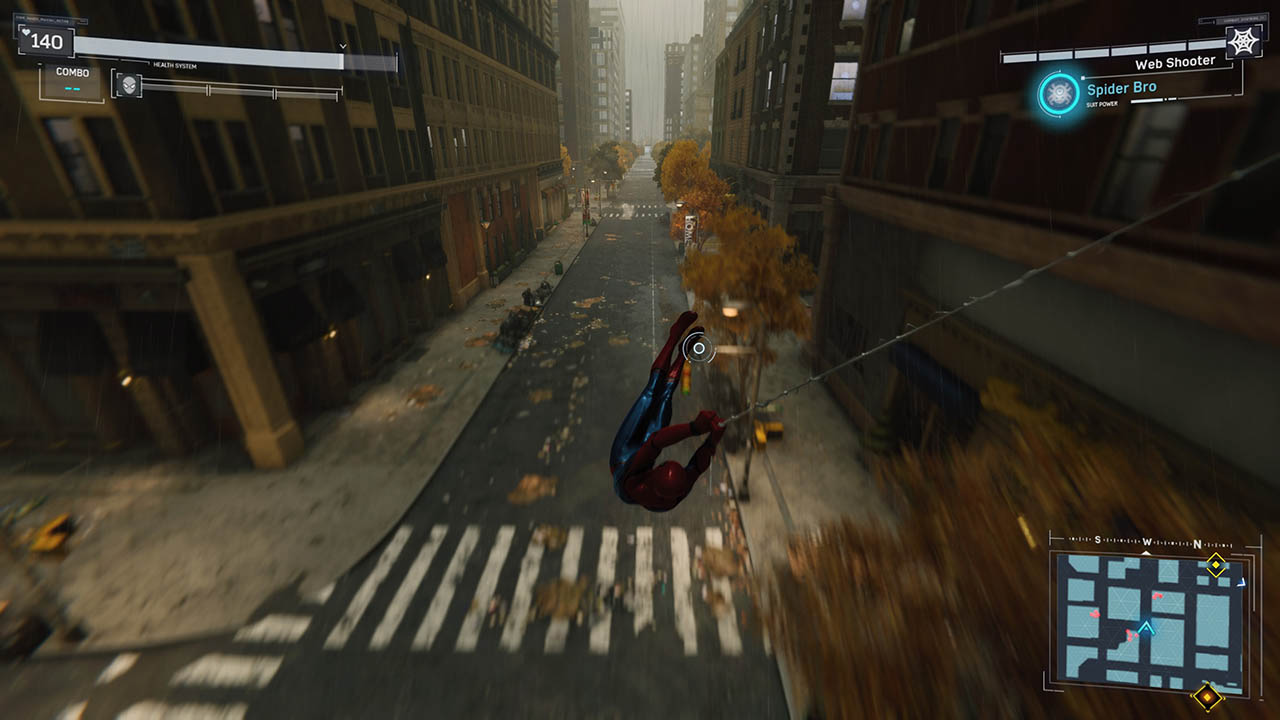 This isn’t a movie tie-in, nor is it an origin story. The game introduces us to a twenty-something Peter Parker who has spent the best part of the last decade running around in the red and blue spider-suit.

The game’s plot plays a bit fast and loose with the Spider-Man mythos. We catch up with Peter Parker interning as a lab assistant, his teenage years as a Daily Bugle photographer are behind him. Instead it is Mary Jane Watson that’s a reporter for The Bugle and the crusty J Jonah Jameson is now a radio shock jock. The original Green Goblin, Norman Osborne, is mayor. And there’s no sign of Gwen Stacy.

In saying that, the Batman Arkham games took some liberties with the Dark Knight’s backstory. At least we’ve got Aunt May and Uncle Ben is still dead as we join Peter Parker as the beginning of the game. Ignoring Spider-Man’s origin story and dropping us straight in is a good move, I don’t think anybody needs to see Pete bitten by a radioactive spider ever again. 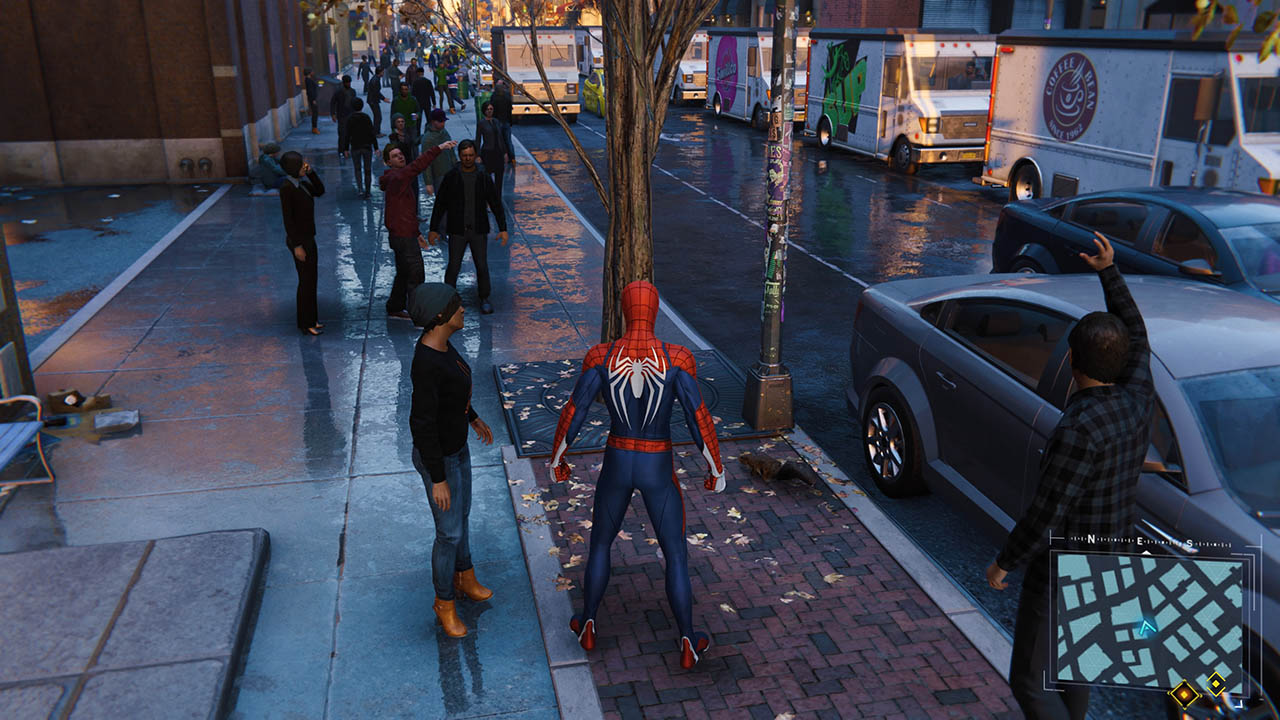 Web-swinging through the city is fun. And I’m glad to say that the webs actually attach to the buildings rather than thin air in previous Spider-Man games. The game gives players time between the main missions to explore the city.

The digital recreation of New York is incredible. But this is not just any New York. This is Marvel’s New York. If you go to Greenwich Village you’ll find Doctor Strange’s house. In Hell’s Kitchen, you can stop by Josie’s Bar. The skyline is dominated by Avenger’s Tower. I even found the office of Alias Investigations. I’m sure there are loads more Marvel Easter eggs to find. 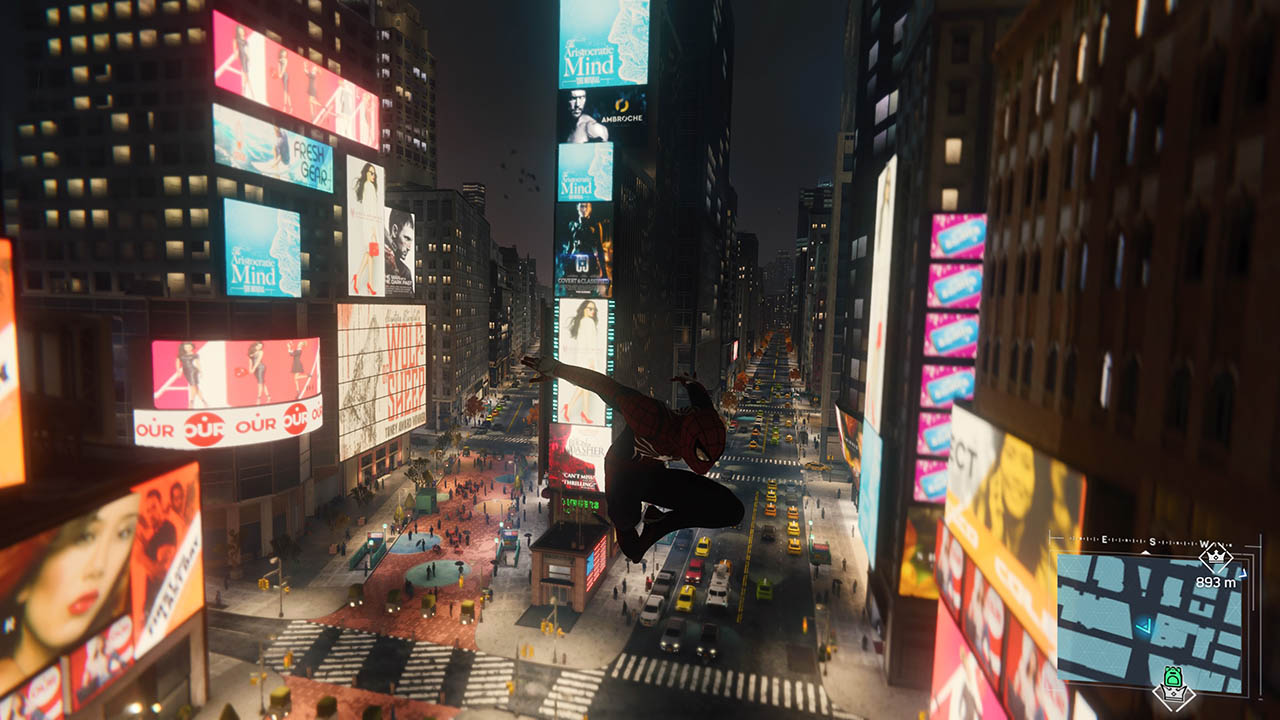 The combat is similar to previous games, but much, much more refined. Personally, I didn’t find it quite as fun as the Batman Arkham games or the likes of Middle-Earth: Shadow of War, but it is close. It used the same striking and dodging mechanic, but with more aerial combat. Spider-sense is used to good effect allowing players to counter-attack and dodge the enemy. There are also some nice little touches, like kicking a webbed-up enemy and having him stick to the wall.

The bad guys don’t queue up for a slice of Spider-Man making fights a frantic mix of pushing and evading. Adding rocket launchers and heavy-duty brute types into the mix later on keeps the combat fresh and challenging.

Spider-Man has a full skill tree to unlock with skill points awarded as you level up. This not only eases you into the combat with its many different moves, but also gives Spidey the abilities that he needs to take on the likes of the Sinister Six and Silver Sable’s mercs later on in the game. As you level up Spider-Man’s combat moves increase turning encounters with enemies into a mixture of MMA and aerial gymnastics. 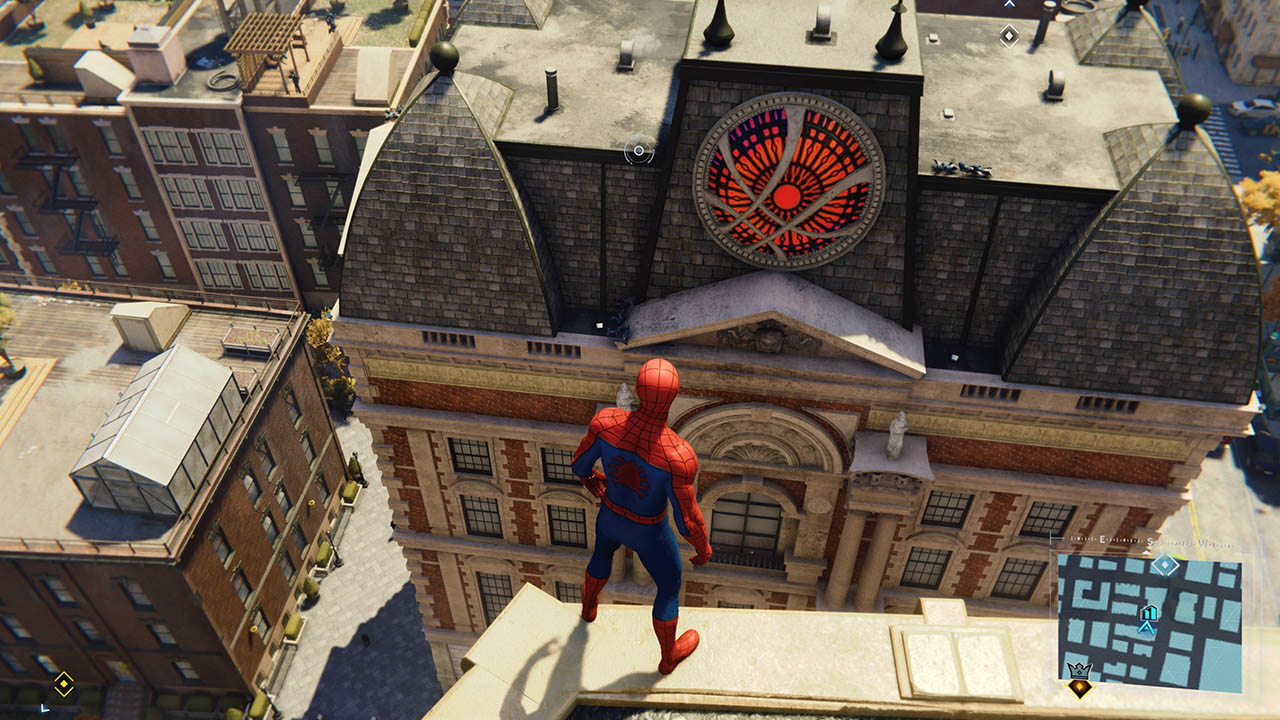 The mission structure is fairly linear, although there are a few plot lines occurring simultaneously, giving the game some variety. This isn’t a bad thing, as it is easy to focus on the main story missions without becoming overwhelmed like in other open world games.

Taking another leaf out of the Batman games, some of the missions involve a bit of stealth similar to the Arkham games’ predator challenges. Spider-Man can web up isolated enemies and distraction to divide and conquer. At times you do get to play as a young man called Miles (cough, cough) and Mary Jane, both of which, being without powers have to stealthily make their way through the environments.

Spider-Man is in constant contact with Yuri Watanabe of the New York Police Department who offers up missions via cell phone. For the most part, though, you’ll find yourself heading to the next yellow icon on the map, kicking some butt, earning your XP before moving on to the next. The missions are quite varied and never dull and, of course, the game is peppered with boss battles as well. 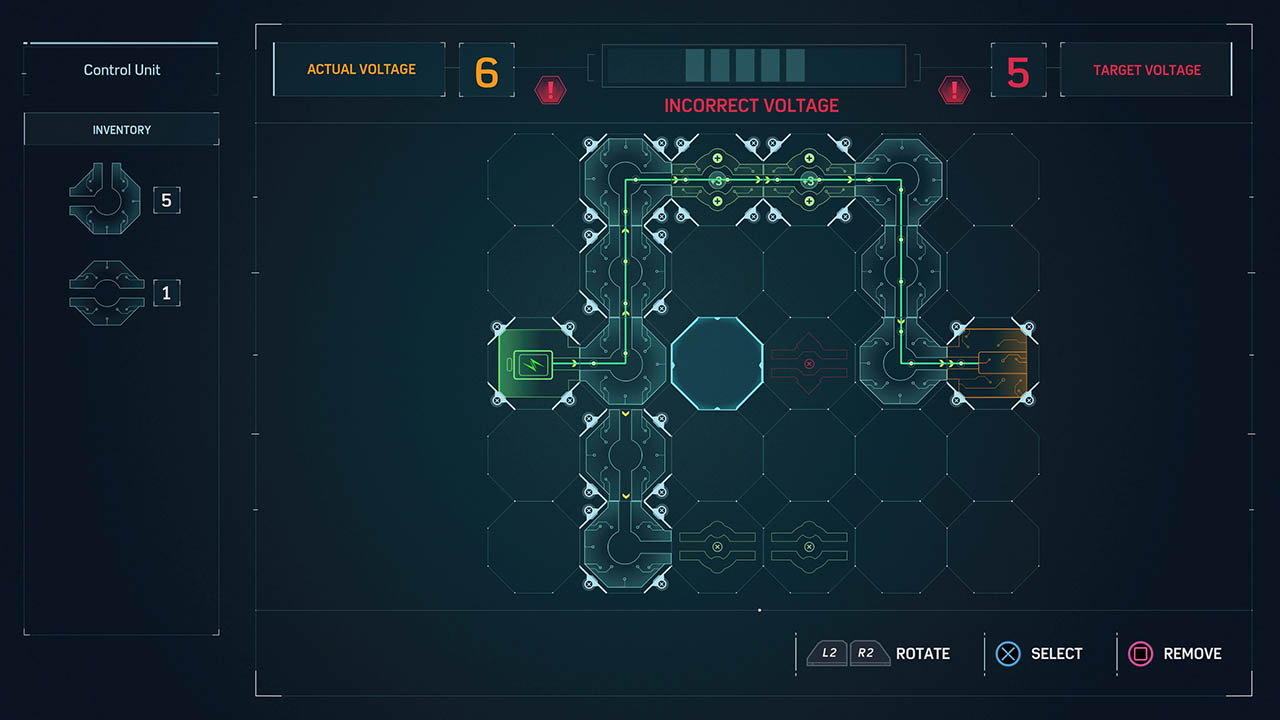 Slowing the pace a bit, at various points in the game Peter is required to complete some puzzle mini-games by completing circuits or analysing compounds. They range from easy to moderate. I enjoyed them, but they might not be to everyone’s taste.

Spider-Man is packed with collectables and side quests. Taking the time out from the main missions rewards players with tokens that unlock extra suits and abilities. For instance, dotted around the city are over fifty backpacks that Peter has long forgotten about. Not only does each backpack have an artefact relating to Peter many adventures as Spider-Man, but each one you find grants you a backpack token. Similarly, successfully completing a research missions get research tokens and the same with base tokens when surviving an attack on one of the many enemy bases.

All these tokens can be used to unlock various different Spider-suits, each one with its own unique suit power. Once unlocked you can choose your favourite spider-suit and whatever suit power that you want. The side missions and collectables show up on the map once you’ve synched with the police tower for that area. 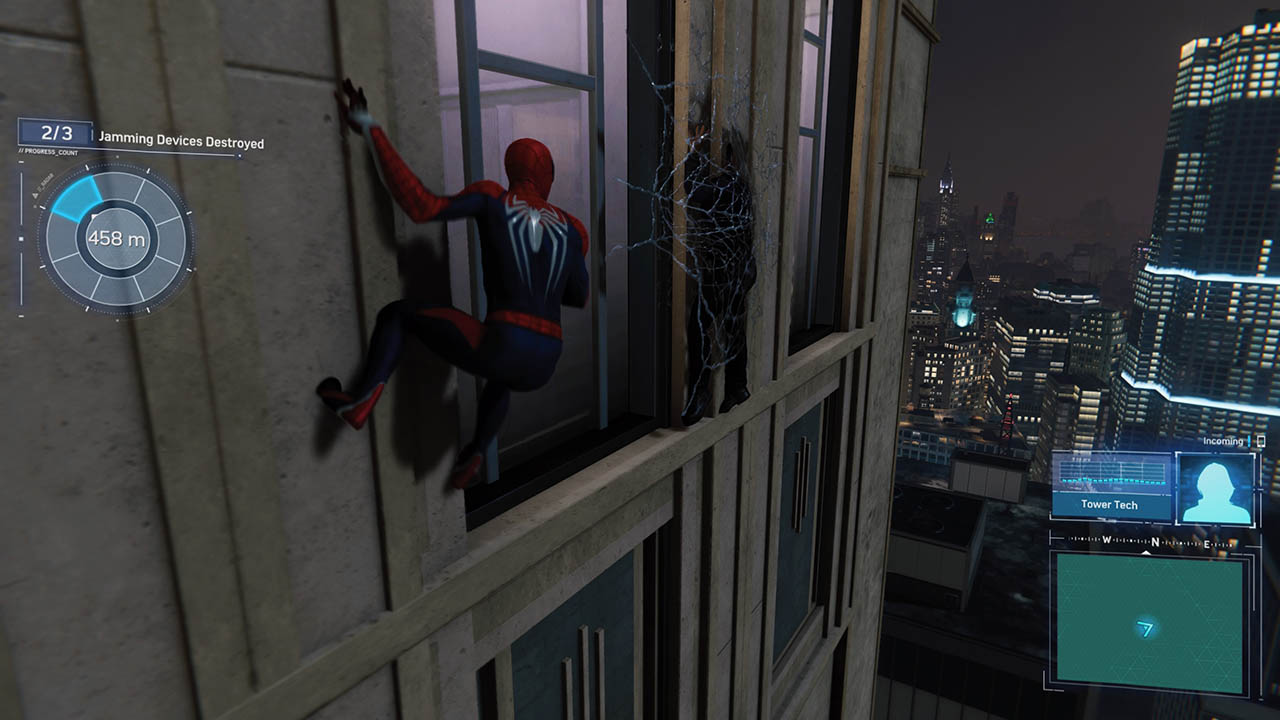 The smooth animations as Spider-Man swings through the City makes every frame look like a gorgeous page out of the comic books. The environmental effects, especially at dawn and dusk make for some jaw-dropping vistas across the New York skyline. Character models, instead of opting for a cartoon look are detailed and realistic. Visually, the game is nigh on faultless. The day one patch, which sadly was not available for review, will add a photo mode that I can see being very popular amongst fans.

The voice acting is top shelf, with Spider-Man’s over-compensating banter spot on. Also, the music seems to be more than just the usual in-game fayre, there’s a very cinematic theme to the game soundtrack.

This is the Spider-Man game that we have been waiting for. It’s polished, and a lot more refined than the games before it. It’s not perfect and the plot is a bit derivative. But it is a good start and most definitely heading in the right direction. Unlike the Activision games, Insomniac seem to have put a lot of heart in the game, and it shows.