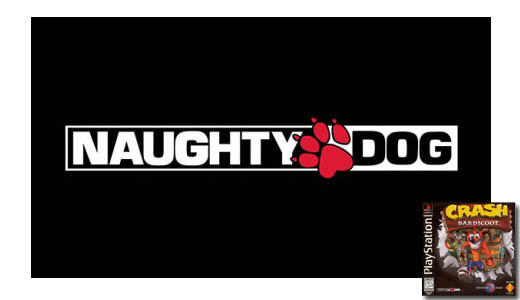 Andy Gavin resides in L.A. in the States. He co-founded the legendary Game Development studio; Naughty Dog and his credits are both the original Crash Bandicoot series of games on PSOne and Jak & Daxter series on PS2. 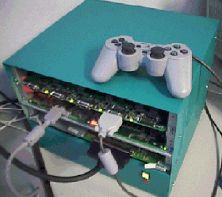 My first dev unit looked more or less like this

Can you remember your first reaction when you saw the PS2 for the first time?

My first PS2 glimpse was hardly typical. In the spring of 1999, I had to go down to LAX and claim my prototype unit. It was one of the first to leave Japan (a few weeks earlier we had sent an employee to Tokyo to get one and he’d been turned back at the airport because the customs people thought it might be a weapons computer!). It took several hours of walking paperwork around freight offices behind the airport to claim my prize. When I did, I dug through the giant crate of peanuts to uncover a handmade aluminum cube about 18 inches square, filled with wire wrapped circuit boards. It smelled like ozone. The shell was a bit bent in transit and I was terrified it wouldn’t work. But it did.

What most impressed you technically when you started to work with PS2?

At first, the thing was a beast. Well, later it was still a beast. But what was really impressive once you got into it was how much floating point vector math you could do on the vector units if you took the time to program them. This was HARD. Seriously HARD, but the things worked all from on chip memory and were ridiculously powerful for the time.

Did you notice any wider changes to gaming, culturally for example, as a result of the PS2′s impact?

The PS2 had sufficient horsepower to make games look fairly realistic. You could actually put motion captured human models in a game and have them look okay. On the PS1, this was hopeless. Take a look at how blocky Lara Croft was back in the day and you’ll see what I mean. The ability to have human characters drove the whole style of games in a much more realistic and film-like direction. 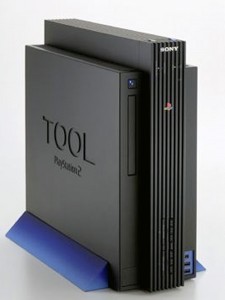 The more official dev unit that came many months later

Before that, games were much more cartoon in style.

What one, stand-out factor do you think helped PS2 become so successful?

It was small. It played DVDs. The price was reasonable, and the games rocked.

What do you think was PS2′s most technically accomplished or innovative game and why?

I’d say that the Jak & Daxter games were certainly among the most technically accomplished. Our engine was really customized for the machine, and it was a machine that really rewarded custom design. The architecture wasn’t like anything else. But we were evolutionary in game design and there were certainly games that innovated more in genre. The PS2′s middle and late periods brought some really innovative and creative games like Katamari Damacy, Ico, Shadow of the Colossus, and Okami.

What do you think will be PS2′s lasting legacy?

I think the PlayStation in general, and the PS2 in particular, really brought video games out of the Mario/Zelda kiddie style and into direct parity with the other broad entertainment mediums like film. The stylistic line between an effects laden blockbuster and a big video game is very thin. There’s even been a lot

of back-flow as video game sensibilities push into other mediums.

*This is a re-publish, with permission from Andy Gavin’s Blog: http://all-things-andy-gavin.com/ Shane the Gamer thanks Andy who is the Author of the above article for allowing us to re-publish. Head over to Andy’s Blog and show him some love and buy his latest Fantasy Novels; ‘Untimed’ here and ‘The Darkening Dream’ here.