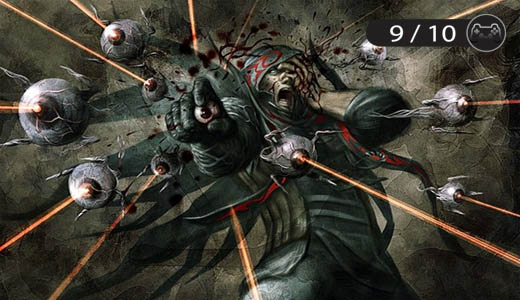 You are imprisoned. A common slave trapped in a fiery wasteland where Demons prey on the helpless. Pleading for your life as a soul sucking entity makes its way to devour you.

Just when it seems that all hope is lost and your innocent entity is about to be a snack for the horrific beast before you, there it is.

A book. An all powerful demon in the form of a book that not only saves your life but infuses you with a deceased and long forgotten hero’s power.

From slave to hero, you are responsible for your destiny as you partake in a selection of ancient stories of combat offered up by the book.

From the guy that bought us Mega Man; Keiji Inafune, Soul Sacrifice has just released exclusive to PS Vita . 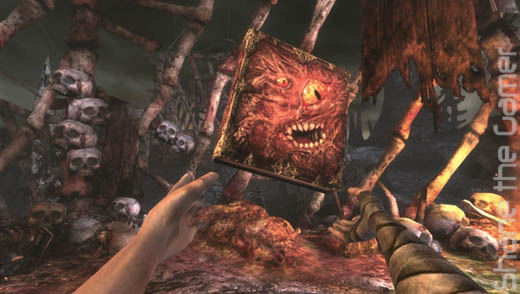 A Japanese third person action title where you play as the character you create and customize through an option riddled selection of Menu’s. That said, your Hero will change throughout the game dependent on your playing and you can choose items and clothing etc to give him that ‘don’t mess with me’ persona.

To gain varying magic and skills you will need to sacrifice parts of your body to become the all powerful Sorcerer that the games theme drives towards.

Librom’s Tears are the game’s currency which you earn for completing a Level. 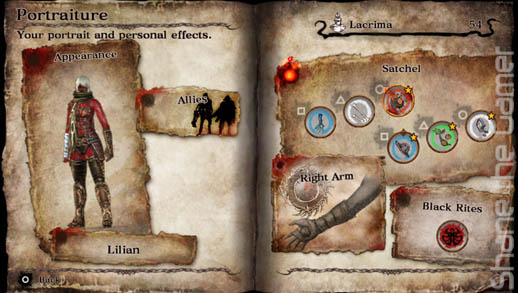 By reliving the memories that were jotted down in this skin bound archive you will gain not only experience but also earn Level up capabilities.

Combat is free flowing within an almost arena like scenario.

When you have downed an enemy which are always a wide variety of monsters you can opt to choose to save their souls or sacrifice them. Either way you will usually earn much coveted points.

Saving or Sacrificing also has a less than ideal side effect (well depends on how you look at it). Saving an enemy restores a small portion of health, while saving an ally consumes half your current health but restores that ally back to the fight. You can also choose to sacrifice their allies to create a powerful map wide damaging spell. 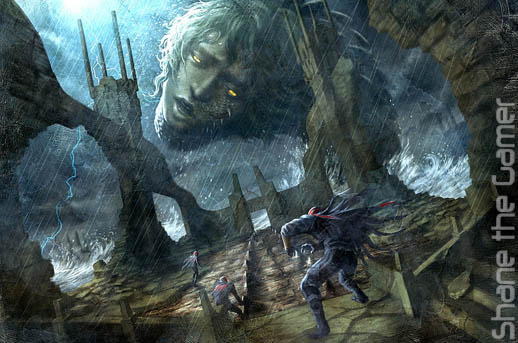 The game uses a point system for Rewards, with usually three offerings at the end of each round. Points are gained from how well you played and how skilful you were.

Multiplayer has been included for upto 4 players co-operatively and there are some interesting cinematics to be had and all in all graphically very pretty.

I do wish the title had a bit more depth to it. The arena’s are somewhat closed off, and while at times there can be goodies found within them, I found myself wanting to explore.

Quite often you’ll find yourself in a dual battle with an in-game character, and through the earlier, easier fights, I pretty much left them to it at times while I skulked about as far as I could to see what I can find. 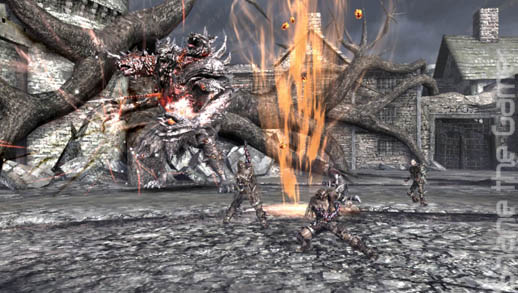 Soul Sacrifice is exclusive to Vita and a unique refreshing play. Not alot of the Vita’s functions are utilized, sadly, asides from being able to tap the screen to either perform tasks, boost allies or weaken enemies.

Ideal for a quick bout of hack and slashing while on the go, or equally a title that you can immerse yourself into until your devices battery light starts blinking.

With still only a handful of Vita titles available on your game retailers’ shelves, Soul Sacrifice is not a game to be sniffed at, passed up and simply perused.

It’s a keeper and re=player