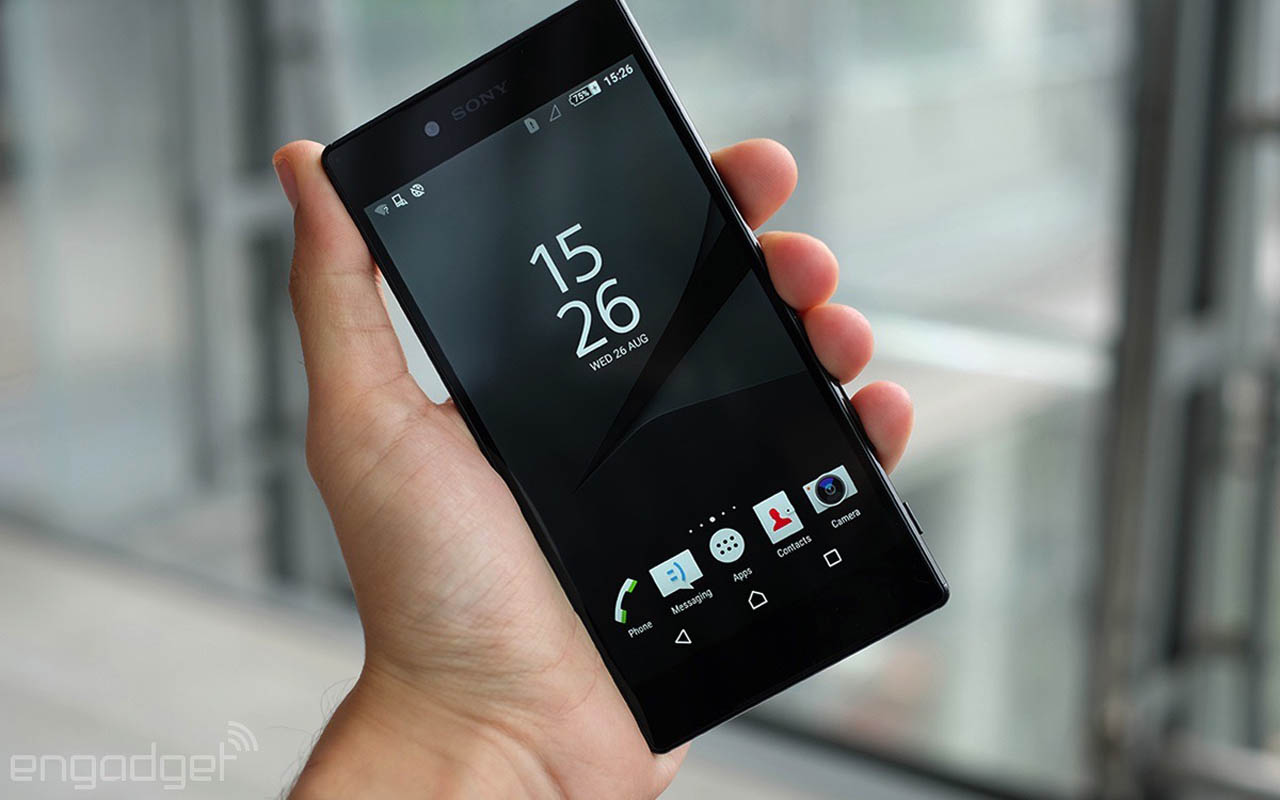 Sony’s Xperia series has been a strong contender in the flagship phone market for a few years now and it hit the market strong bringing with it the waterproof feature.  Samsung and Apple dabbled in water proofing to revert back to their “water is bad” devices, whereas Sony has continued to pump out powerful smartphones that are not scared of a touch of water. The Z5 is no exception.

From the moment I started up the Z5 I was impressed with the Operating System’s speed.  Having used flagship phones of previous manufacturers before (including Sony’s) I never considered them slow,  but the Z5 running Android Lollipop out of the box caught me by surprise just how fast and smooth it felt, from just using the OS, to switching between apps.  I never considered any of my previous flagship phones to be running Android slow and as such I was not expecting it to run so much better. 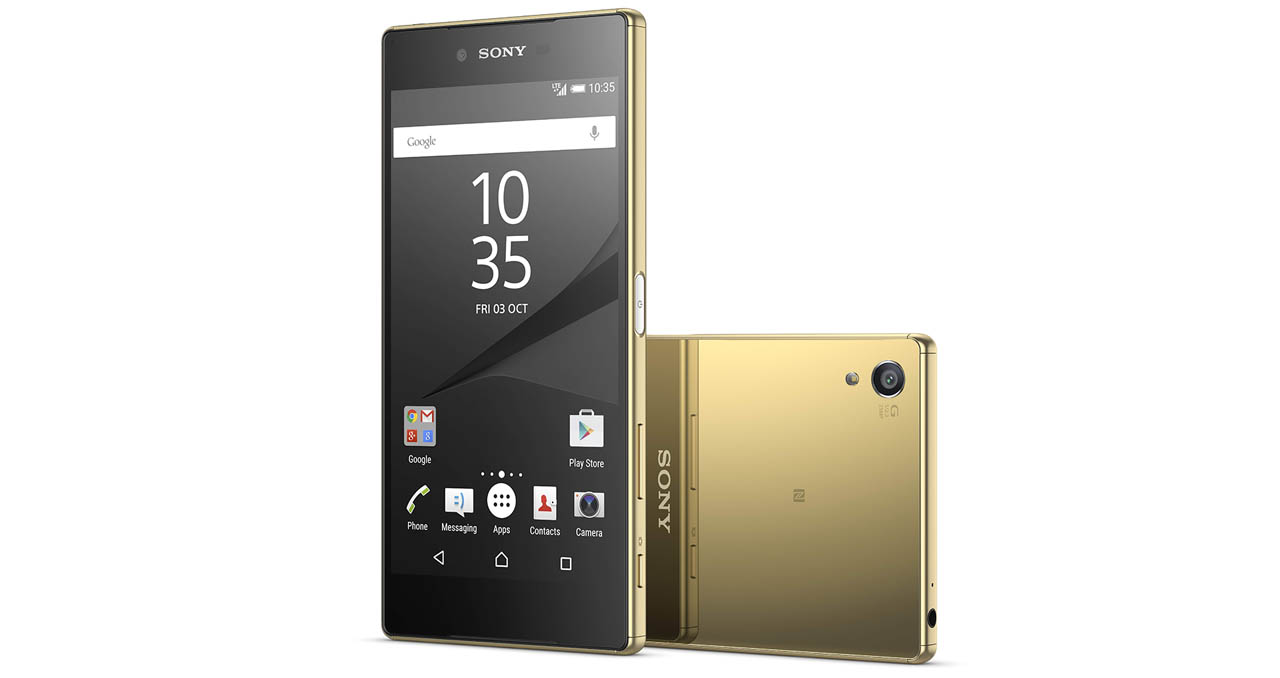 Bloatware is the current scourge of Android smartphones and these days (with the exception of Nexus) we have all come to expect some bloatware (applications preinstalled on the phone) on our new smartphones.  Though I was pleasantly surprised how little there was on the Z5.  That is not to say there is not any.

Being a Sony product it of course comes with the Playstation apps (which I left on the device as I find them very useful), but I only spent about 15 minutes removing all of the apps I did not want.  With other flagship models I have found this can be an hour long task not including the ones I missed.

It is no secret that one issue the Xperia series has had is over-heating.  As they have got more powerful the phones have become noticeably hotter and rightly this has been a concern for users. 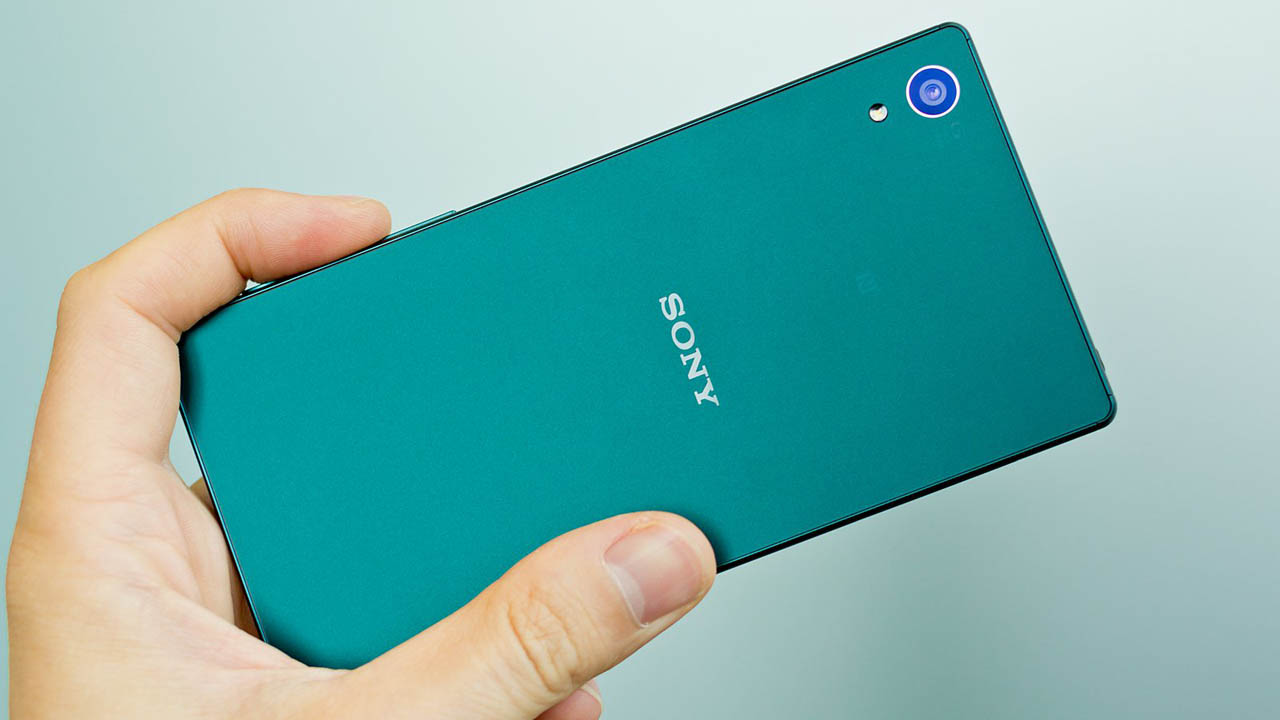 The Z5 has done a great job of transferring the heat so that it does not get too hot to hold, at least that is the case when using it upright.  What they have done is using some clever engineering they move the heat to the top of the phone.  For most phone uses that is not an issue, but when it comes to tasks holding the phone sideways (like a large selection of gaming titles) one hand is going to get uncomfortably warm.

So when I was browsing the internet, reading and writing emails, or playing Peggle Blast, it was not even slightly an issue.  When I was playing Hearthstone, I found it annoying, it was not unbearable, just really annoying. 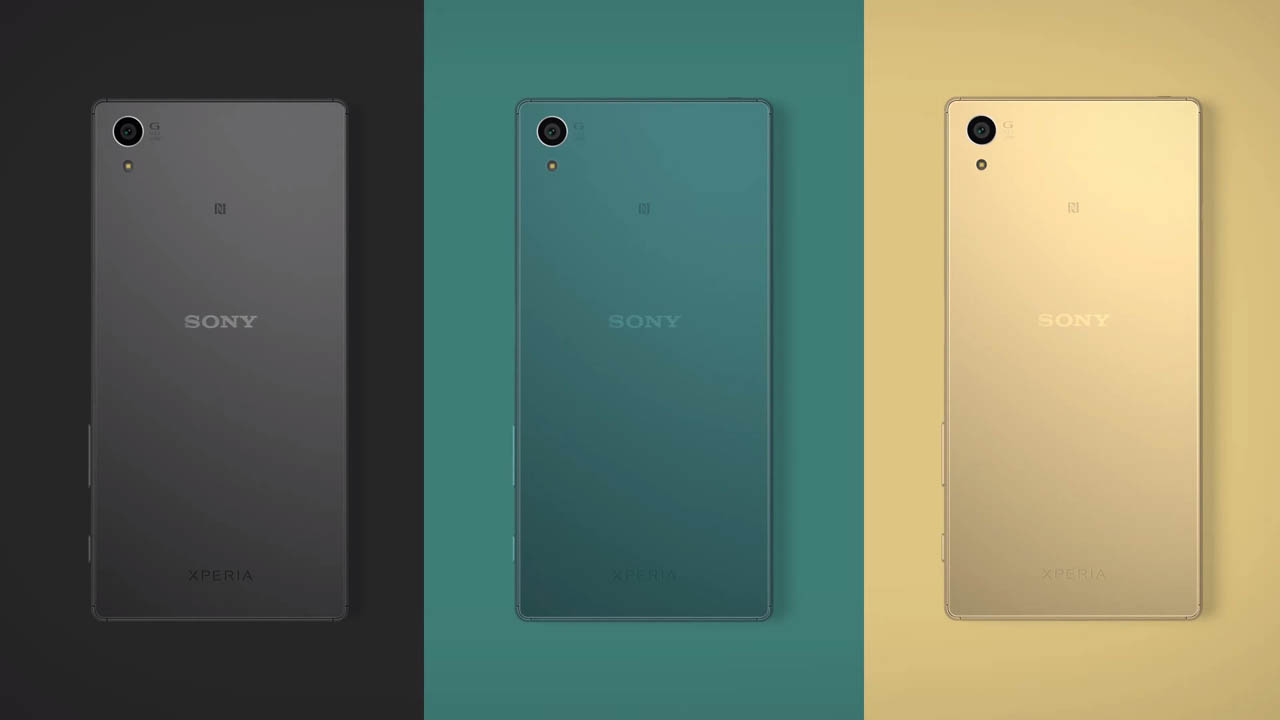 Though the Z5 has a smaller battery than some flagship phones, Sony did what it could to make the battery life more efficient and surprisingly (even to a cynic like myself) the battery life is good.

With my 18 month old flagship phone with a normal day (including receiving and sending work emails, playing games like Hearthstone on the bus and on lunch, doing most of my internet browsing, streaming videos and any other day to day tasks) I get to around 4 pm and have to start conserving battery life so it can get home to be put on the charger.

With the Z5, I found myself using the power heavy tasks more often and I still got to bed without the phone dying.  The day I hammered it the most I found I had 5% left (7 am-11:30 pm on heavy use), so for the power users you still are not going to get more than a day out of it.  But it beats having to keep a charger on you for mid-day charges. 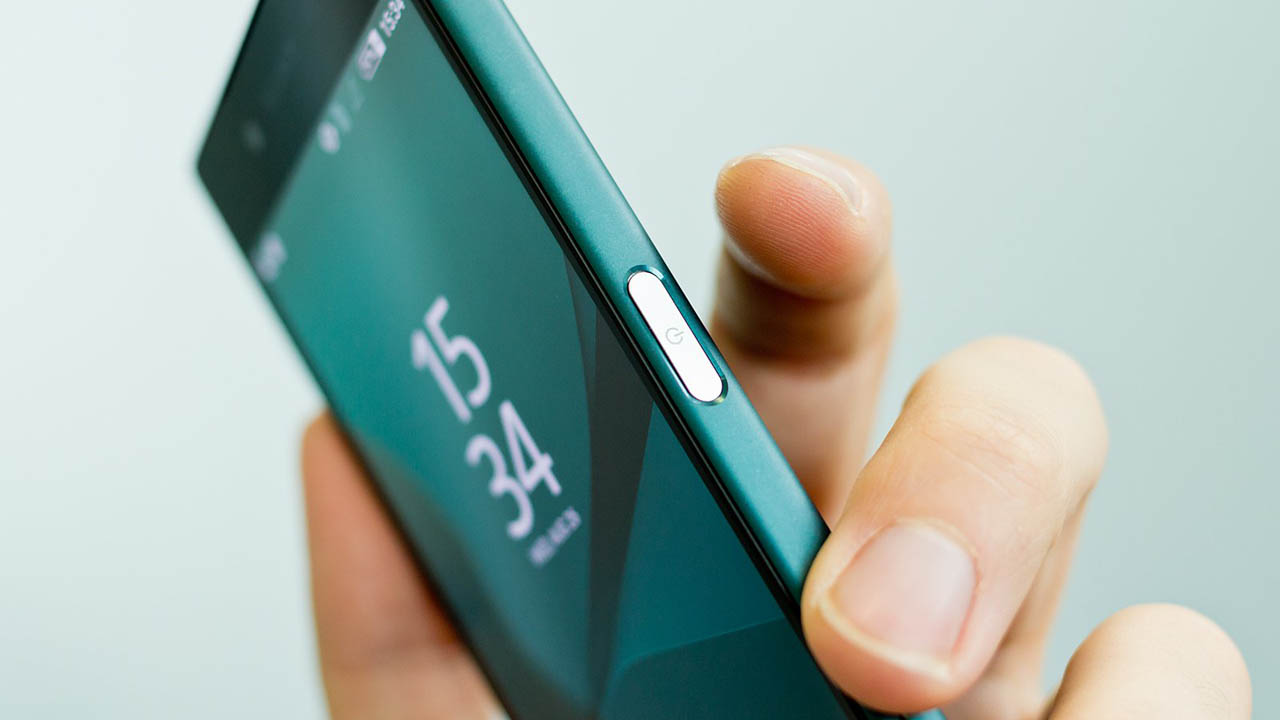 The Fingerprint Sensor is a feature in this generation of phones that I have been skeptical of and being totally honest, I thought it would be a gimmick that may last a year or two.

Sony has put their one on the power (and lock) button, which means that to use the fingerprint function, you only need to keep your thumb on the button for a second more to unlock it,  which in my opinion is genius.  When you initially set it up you move your thumb around so it picks up different parts of your thumb, so make sure you get all of the angles of your thumb at this stage.  I found during the week and a half of using the phone, it failed to pick up my fingerprint once, which with probably between 25 and 50 unlocks a day (conservative figure) is pretty impressive, and is much simpler than using a pin or pattern every time.

Waterproofing is a key feature in Sony’s pocket .  They heavily warn to not submerge the phone as it is not waterproofed enough to handle that, but it is still far above none.  Personally I have always been hesitant to pull my phone out of my pocket to even change the song that is playing because one drop in the wrong place will void the phones warranty and could be gone,  so with the minimal water proofing you do not have to worry about running a little water on the screen to wash it, or worry about pulling your phone out in the pouring rain to skip that pesky song. 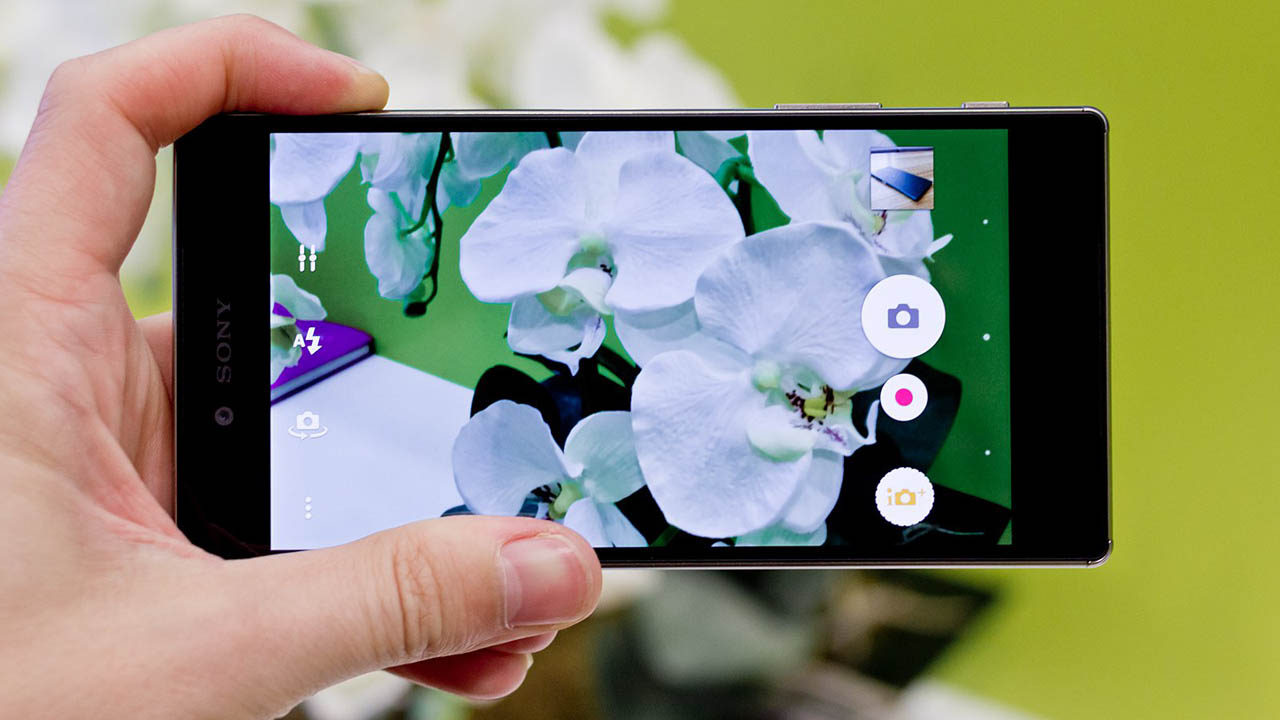 Personally I found the Z5 to be a fantastic device.

It is a noticeable step up from its predecessors and they have incorporated new features like the fingerprint scanner in ways that feel natural, it certainly not hard to look at either.  It may not be quite as powerful as a couple of other flagship devices and the heat management is not perfect yet but with the confidence brought with waterproofing (like not panicking when the phone is sticking out of the kids mouths) that certainly makes up for some shortfalls and it will be a top contender for my personal biannual upgrade.