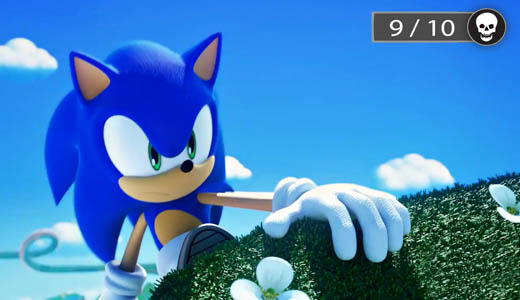 Nintendo may be losing the next gen console war in epic proportions, but with the help of third party titles they are more than proving that they still have an iron grip on the handheld gaming market.

Sonic Lost Worlds was a major feature at E3 2013, yet seemingly had a rather quiet release recently.

In a twist of irony Lost Worlds has been made exclusively for Nintendo’s consoles. Remember that Sonic’s creator SEGA and Nintendo were once fierce rivals.

Ironies aside, the 3DS version of the game (which plays quite a bit different to the Wii U version) sees the blue spiky mascot flex his might and love for speed, loops and rings whilst freeing more cute and fluffy animals that have been trapped inside robotic enemies and contraptions by the one and only Dr. Eggman.

(For the record, I think he should still be called Dr. Robotnic). 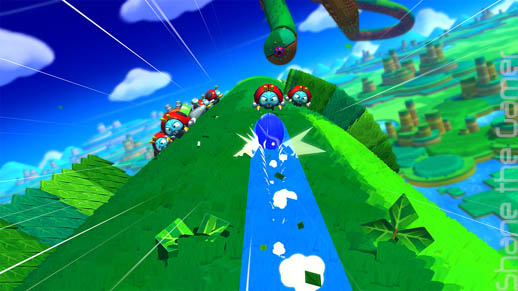 Eggman in his eternal quest to destroy the Hedgehog, his feminine friend Tails and the rest of the crew, has harnessed the power and allied with six monstrosities of evil, known as the Deadly Six. Threatening the entire world. All could be, well, lost.

Reminiscent and keeping the same theme, Levels complete with Time Bonuses and Ring Bonuses, and to get to these varied Levels you have what could be argued as a grid type map. 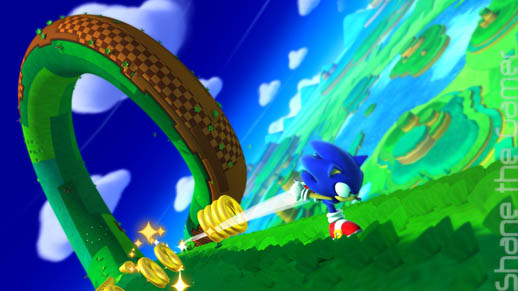 This is the first time that Sonic has gone free roaming on the 3DS, as opposed to side scrolling (Sonic Generations) so a couple of hurrahs for that. You will harness the power of colours to to boost and speed through the game, whilst using button mashing to pound onto enemies.

SEGA also ramped up the controlling system by way of using tilt motion (yes, the Nintendo 3DS has this function – it’s just hardly ever used by game devs). That said, if you are using the glasses free 3D on the 3DS whilst partaking in motion control, prepare for some serious double screening. 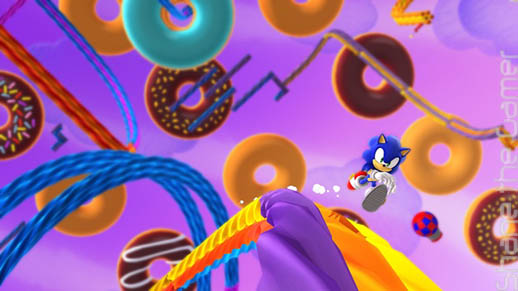 There are also moments where Sonic will use a vehicle-ish to get through a round.

Graphically perfect and for the most part gameplay with an awesomeness factor. 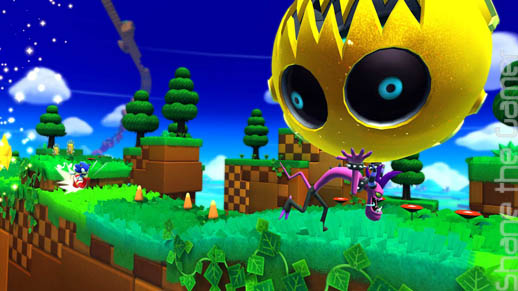 While most attention is on the next gen consoles, there has been a few AAA+ titles released for Nintendo’s only grip in the gaming market; 3DS.

Sonic Lost Worlds is clearly one of them.