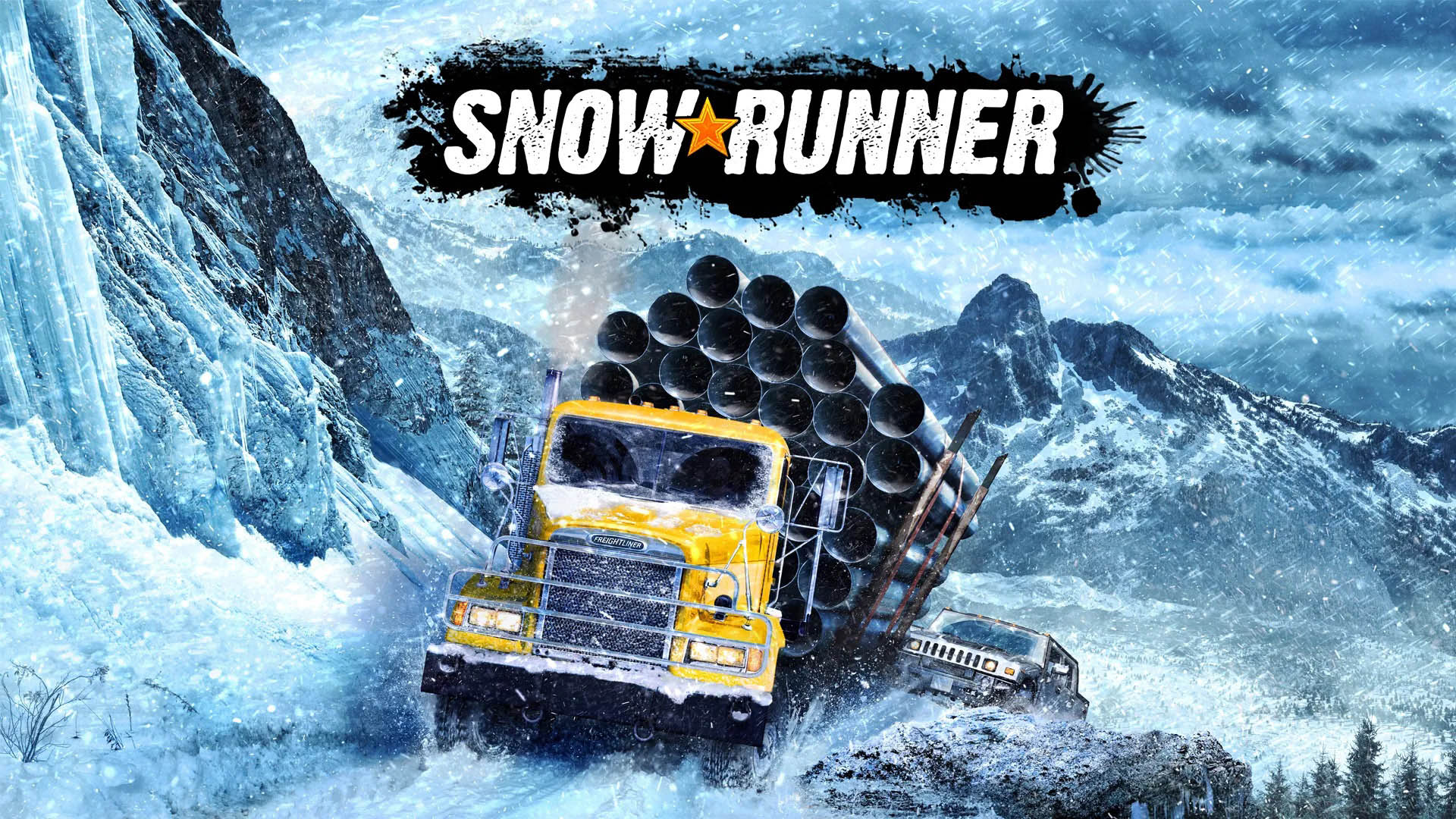 SnowRunner is the follow-up to Saber Entertainment’s Spintires: MudRunner. This new entry in the off-road trucking series adds snow to the mud, water and generally inhospitable terrain of its predecessors.

Exclusively on Windows PC’s, the original Spintires featured Russian trucks negotiating some of the roughest terrain ever seen in a video game. A mixture of frustrating controls with impressive mud and off-road simulation, I’m still torn as to if I actually enjoyed playing it.

Spintires: MudRunner polished up the gameplay, somewhat, for a more mainstream console audience with DLC adding the USA to the game. Marginally better controls, a better UI and general graphical overhaul made for a more polished game than Spintires.

Snowrunner is really more of the same. 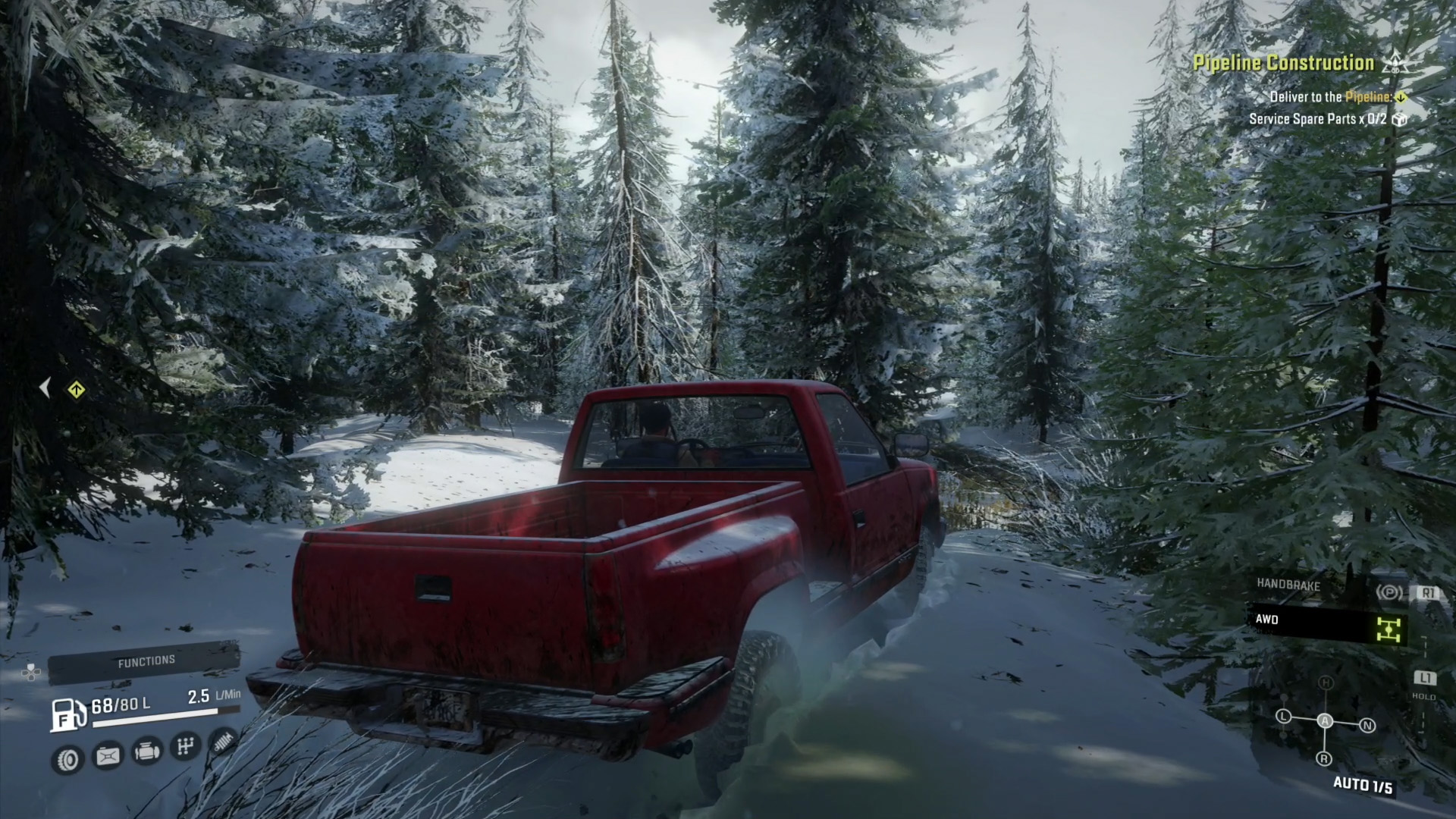 The game features several maps over three locations: Michigan, Alaska and Taymyr in Russia. The first map is the Black River region in Michigan.

As the maps are explored, contracts are discovered that reward players with cash and experience. The cash can be used to buy new vehicles and upgrades, whilst the experience unlocks better equipment. Dotted around are upgrades that, once discovered, can be purchased for the garage. 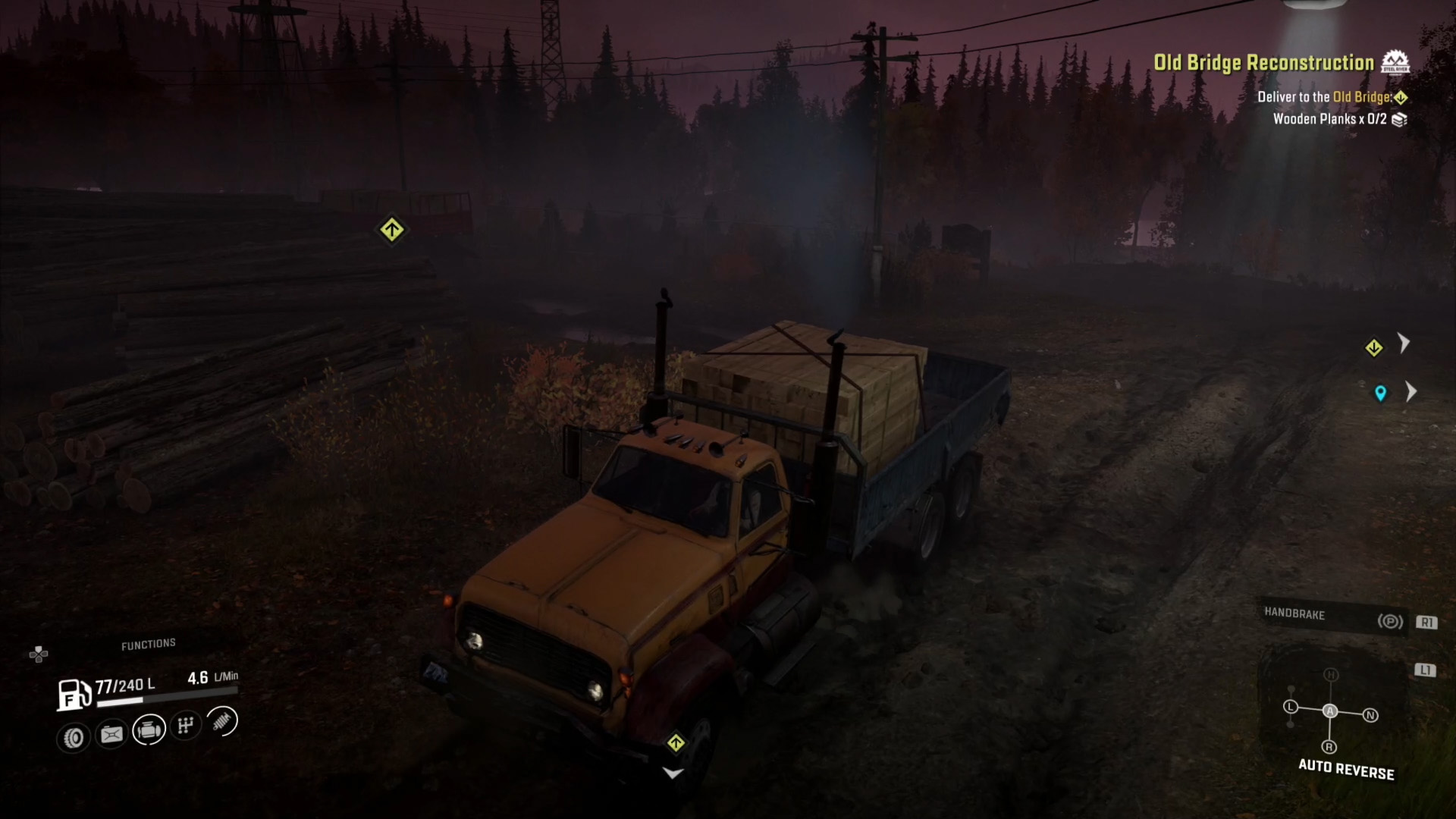 Some of the trucks are really not geared up for the type of terrain that need to be traversed. The Ural trucks in the original Spintires were made for the task. Whilst the comparatively pedestrian ute fairs well (as long as you remember to put it in all-wheel drive) across most terrain, but does a poor job transporting large cargo. Larger vehicle hauling heavily laden trailers can easily get bogged down. The vehicles all have winch system that are an invaluable aid, especially when starting out. It’s easy to get so stuck that you need to drag yourselves along via multiple winching efforts in a manner that just wouldn’t be practical in real life.

The Black River intro area has been subjected to flooding and in is up to the layer to move vital supplies to open up the roads and restore normality. The map is opened up by visiting watchtowers. There are a series of task that need to be carried out using the various trucks located around the map. It’s good that the locations have a, sort of, back-story. 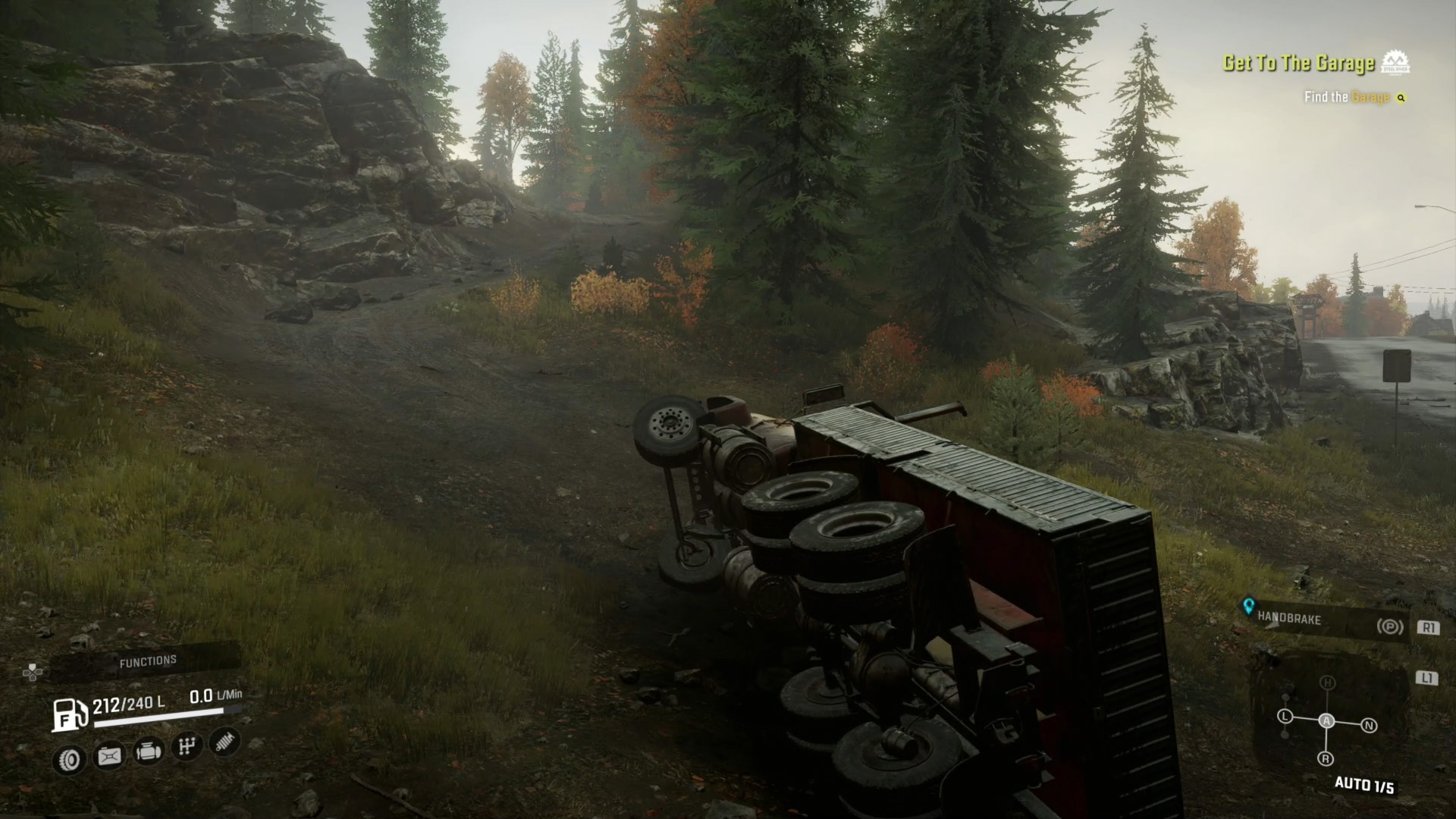 The game is as much about choosing the right vehicle for the job as it is negotiating the hazardous terrain. Roads are washed away, flooded and damaged. The Chevrolet ute does a great job of scouting out the location of warehouses, timber yards and other suppliers. With the route condition know n and the type of cargo required, the right truck can be used for the job.

You start with limited resources. It’s easy to get out of your depth (literally in some cased, due to flooding). I good degree of patience is required, firstly to get over the rather steep learning curve, and secondly, in order to avoid foolish mistakes that will set you back half-hour of effort.

Vehicle mechanics are outstanding. Driving the ute felt like actual off-roading. The need to keep momentum, watch the surface condition and steer to avoid getting bogged in all work as they should. Larger vehicles feel more lumbering, and laden trailers add resistance. As frustrating as it is to get repeatably stuck, the game is playing fair, the physics all seem in order. Your failures are your own. The surface deformation, as your wheels get bogged down, of as you plough through virgin snow are next level. 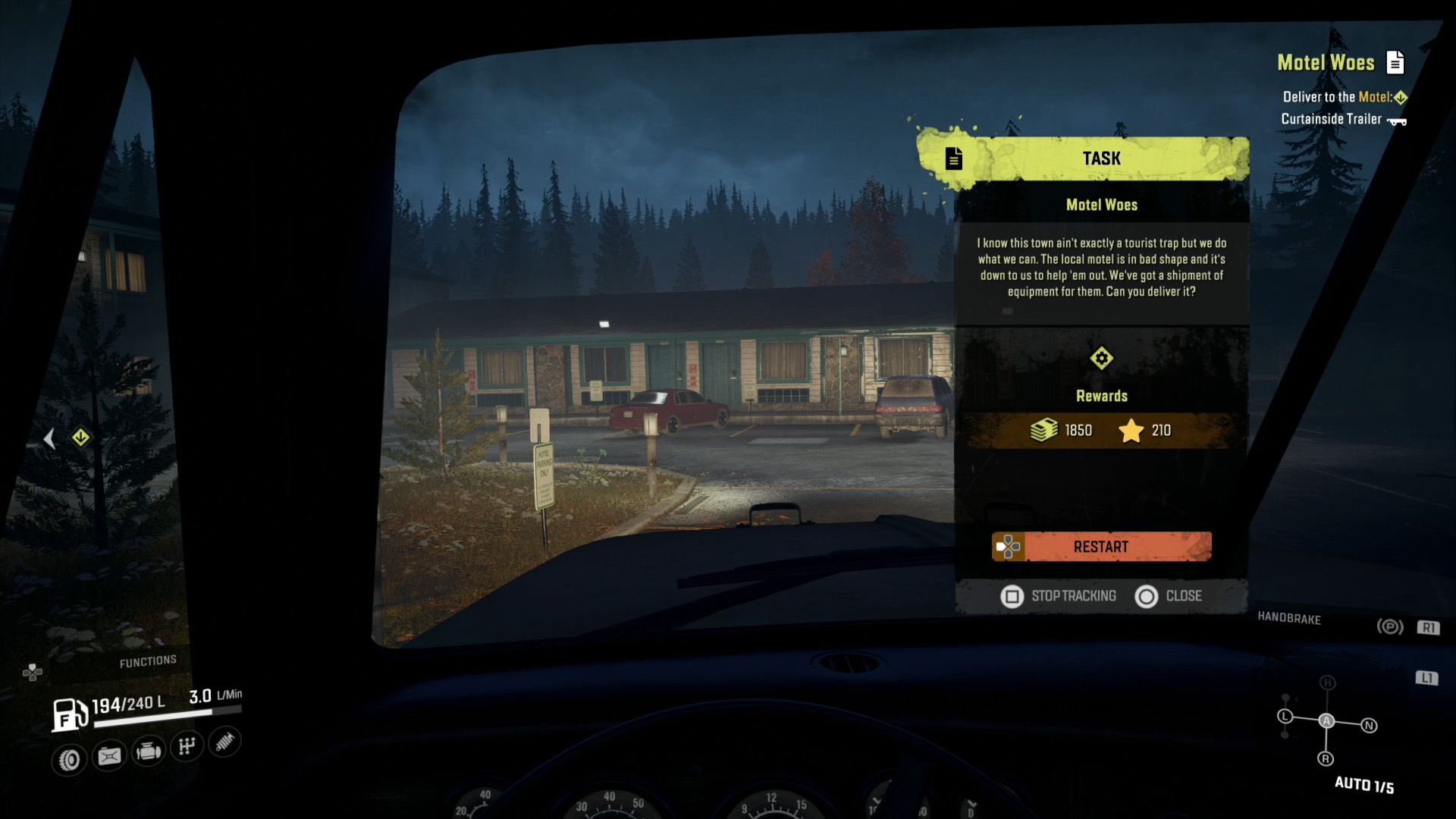 The maps are huge and the gameplay is a very slow burn. Day turns to night very quickly, making traversing the landscape even more challenging. I found the game best played using the cab view, switching to the external view only when I needed to carefully examine the terrain, position the winch cable or connect a trailer.

Finding garages allows players to upgrade their vehicles, purchase new vehicles and ship their vehicle to the next location. The process is a bit complex and confusing, as you have to pack up your vehicle if you want to move it to a new location.

The mud sometimes feels more like quicksand. Absolutely treacherous and not much fun to drive across. The balance of the game goes from fun to frustration and back again. This happened so frequently that I had to put it down. 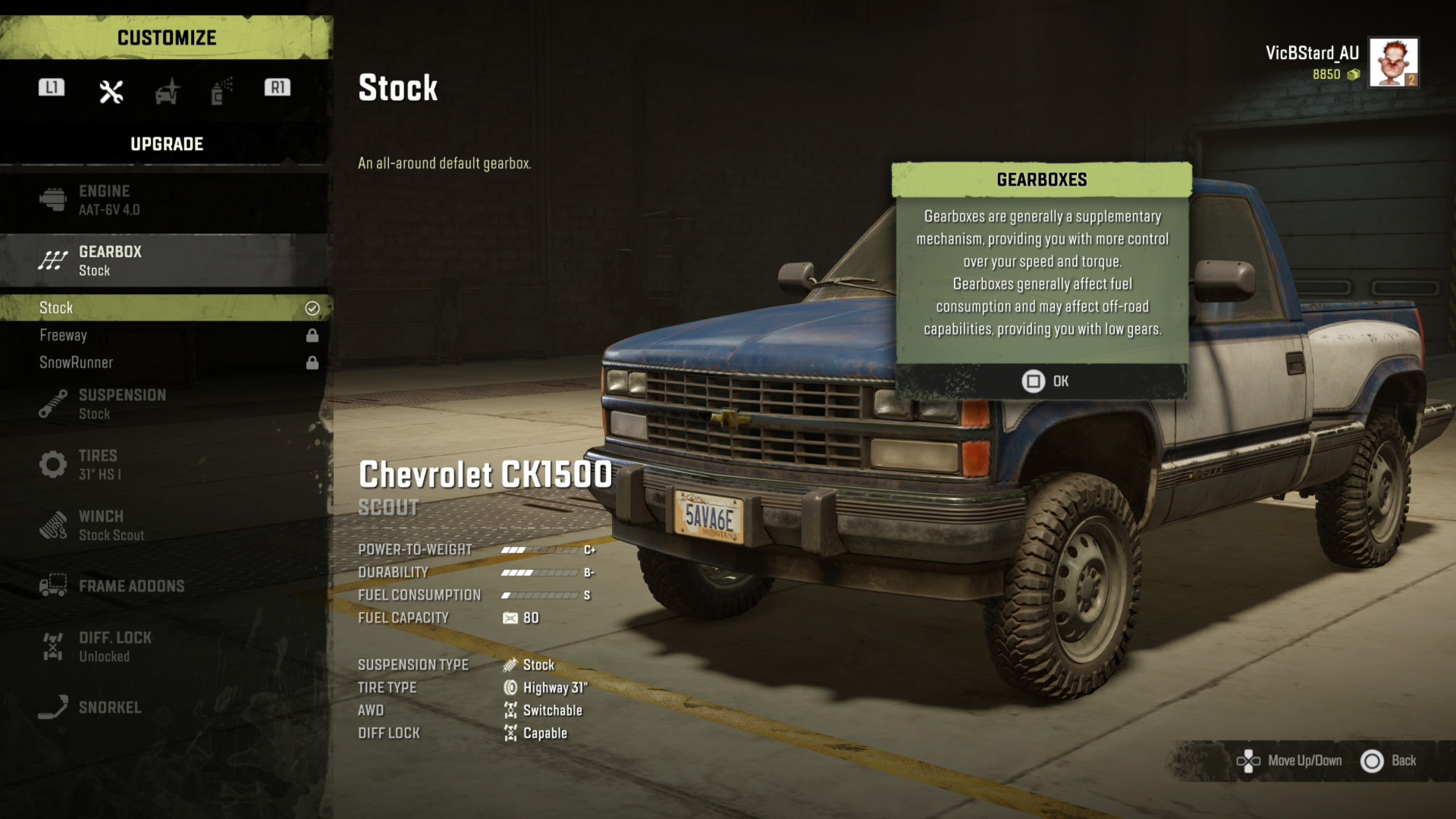 When things go right and you overcome a tricky bit of road, there is a lot of satisfaction to be had. Other time, when it’s clear that you really don’t have the truck for the job, I found myself thinking that the game was too much like hard work.

Snowrunner does look good. It’s not the best-looking in-game landscape you’ll find, but it does a good job of actually imparting the surface conditions. The game also presents with sufficiently nice scenery to make exploration intriguing and enjoyable (when not up to your axles in mud). There were some very nice vistas as the sun peaked on the horizon whilst climbing up over hilltops. 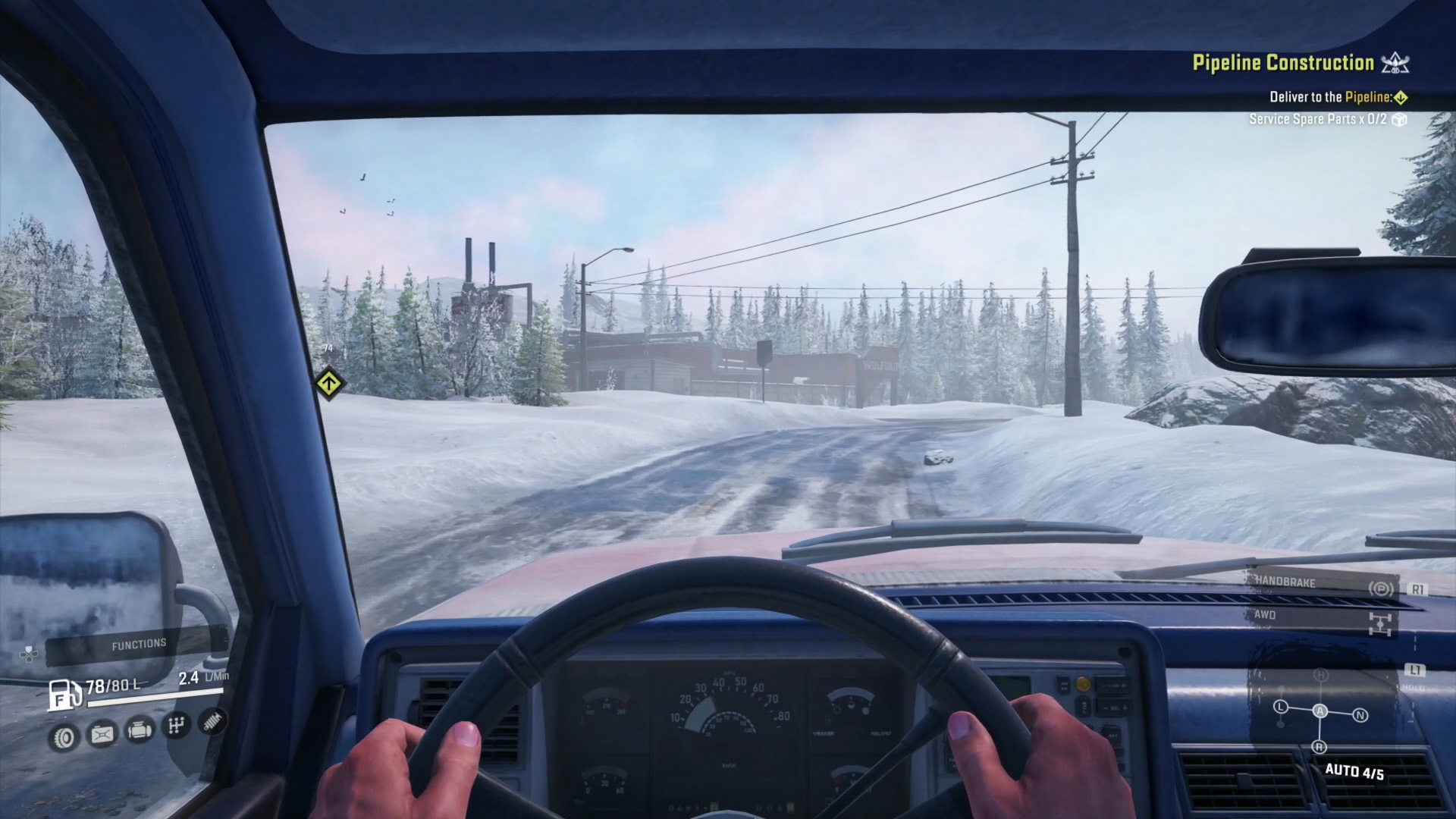 Even though I found Snowrunner to be a fun game, it falls in the same category as truck simulators, farming simulators, flight simulators and train simulators. Each has their own loyal fanbase, but not exactly accessible to casual players. You need patience and some interest in the nuances of off-road driving. A keen desire to pick up and deliver cargo also helps.

Players that have the above pre-requisites or jump in with an open mind, will find Snowrunner a satisfying and technically precise game, with a huge amount of content to chew through. The game could do with a little more hand-holding at the beginning, but after a few hours you’ll get the drift.

Whether you stay will depend on your level of patience. 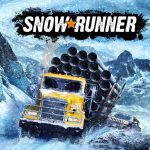 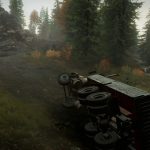 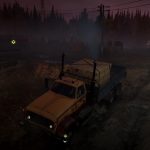 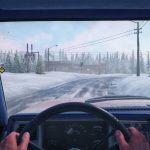 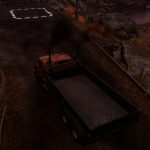 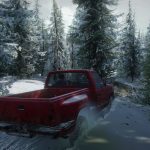 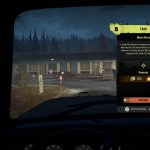 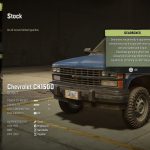 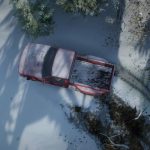 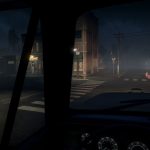 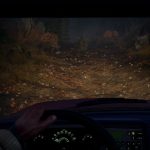 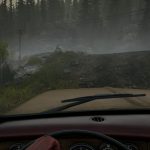