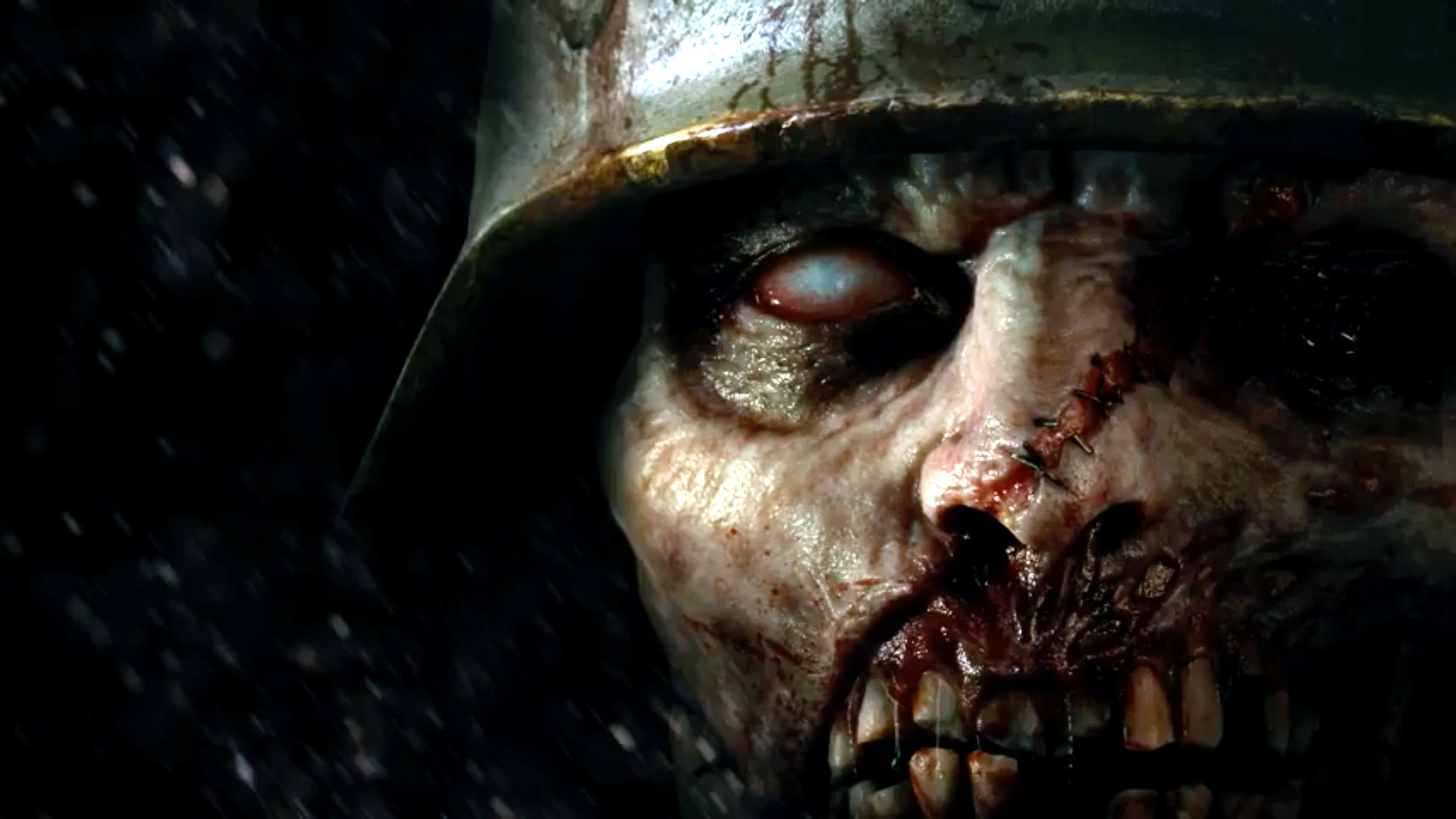 After unveiling Nazi Zombies to the world at San Diego Comic-Con, we sat down with studio head Glen Schofield to take us behind the scenes of the zombie survival horror world of Nazi Zombies.

Sledgehammer Games and Activision gave the world its first look at Call of Duty: WWII – Nazi Zombies at San Diego Comic-Con, revealing the trailer, the cast, and diving into what is sure to be a chilling zombies experience. Check out what Glen Schofield had to say to us at STG about the game mode and the return to horror for his team. 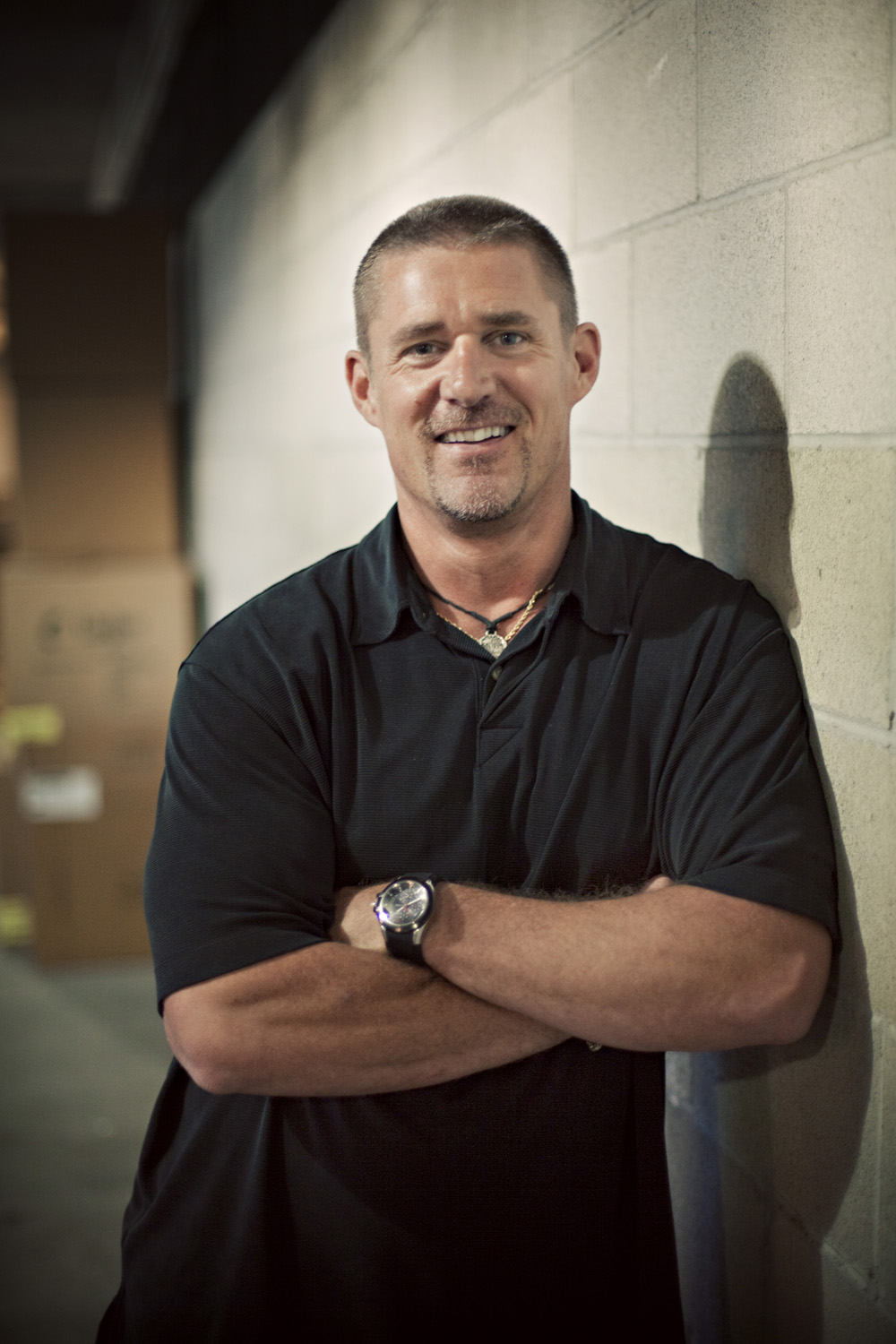 STG: What is Call of Duty: WWII – Nazi Zombies?

Glen Schofield: Well, at its heart it is the Sledgehammer Games take on Nazi Zombies. So, you’re going to see a game that has the gameplay that you know, of course, but with some new edges and new things in it. It will feel familiar and fun, but it’s going to be set in a new world, and it’s got an all-new deep, rich story. We spent two and a half years working on the story.

STG: How early in the development of Call of Duty: WWII did the team decide to put a zombies mode in the game?

Glen Schofield: We’ve been wanting to do our own zombies for a long time. Exo Zombies was developed in partnership with Raven Software and they did a great job. We wanted to put our spin on zombies. We had the idea for the story early, with all the research that went into the rest of the game.

STG: With Call of Duty going back to its roots, does that give you a blank canvas to work with as far as zombies is concerned?

Glen Schofield: It’s a blank canvas because we get to set down our own rules. We wanted to go real serious with this, and it’s our return to creating a horror-based experience. 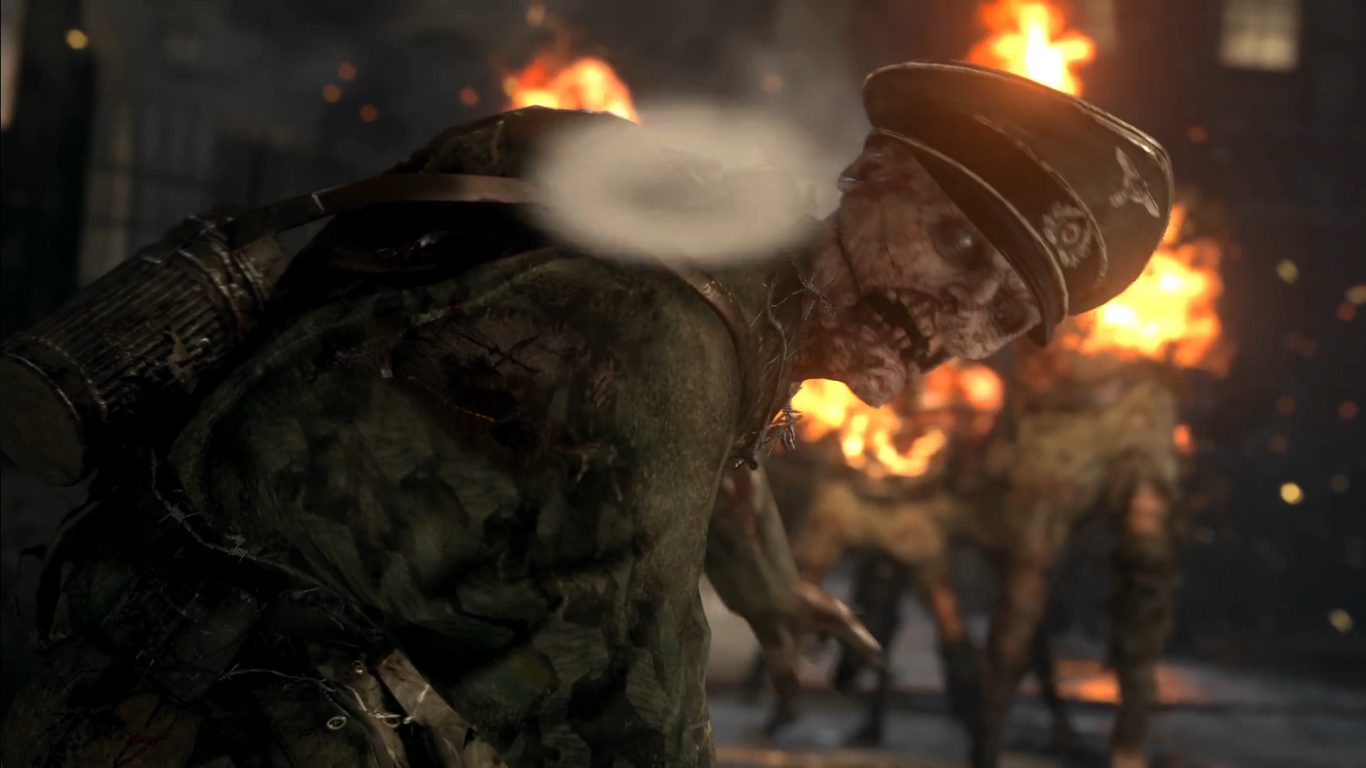 STG: Because of your pedigree in the horror genre, what can we expect with Nazi Zombies?

Glen Schofield: The core gameplay is, at its heart, what makes this whole thing really fun. So, we didn’t change the core gameplay. We made some additions to it, but what sets this apart and makes it unique is the horror story. The background and all the reasons you are fighting these zombies in the first place.

But make no mistake that making something scarier, the pace changes. There are some places where we’re going to slow down, or you’re going to stop. You’re going to worry. Am I going to get scared? That changes from playing with one all the way up to four players. At its heart, we’ve made it as scary as possible.

STG: What types of scares can people expect in Nazi Zombies?

Glen Schofield: Scary doesn’t always mean like, ‘Ah!’ It can mean real tension. Which is, again, if you’re a horror fan, that’s what you’re looking for, those different types of adrenaline rushes. 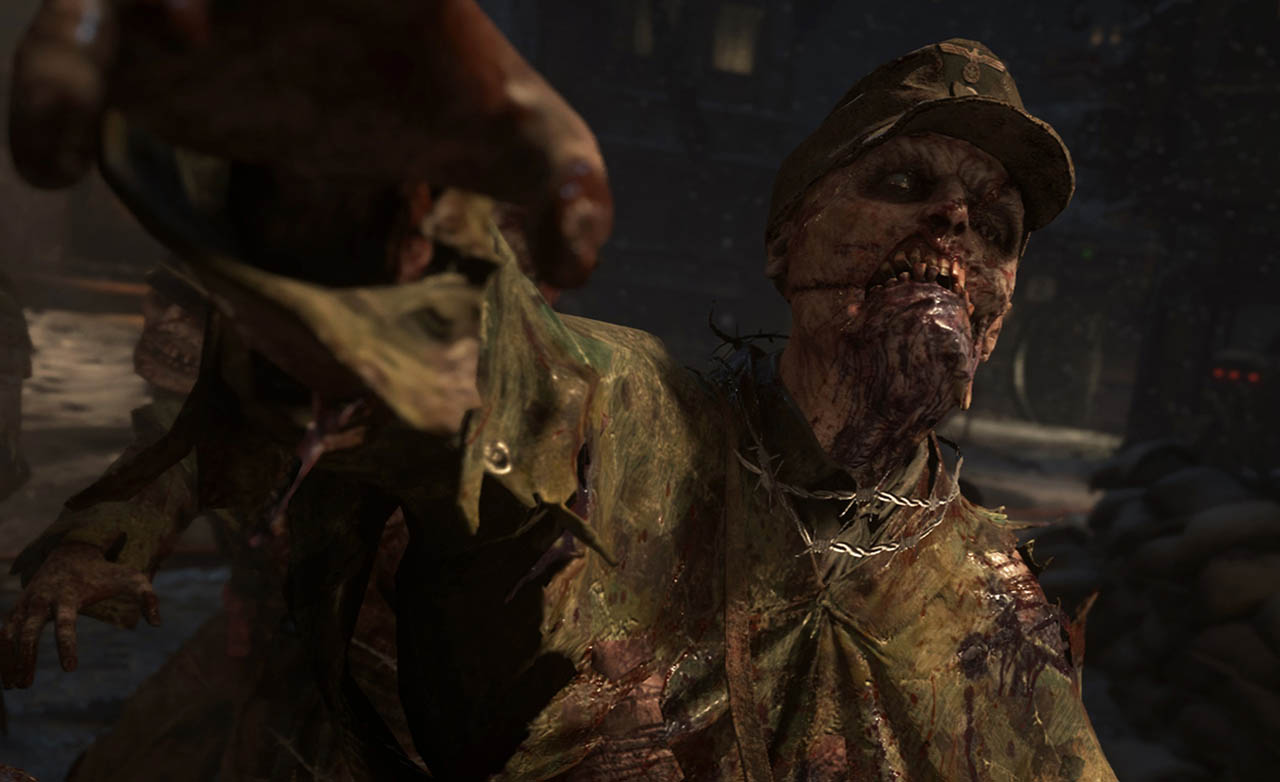 STG: Is Nazi Zombies going to have its own spooky score that we can listen to?

Glen Schofield: We are going down to the same recording studio we used for the main score and we’ll be doing a few days worth of zombie stuff, ‘Grr, grr, grr,’ and, ‘Boom, boom, boom.’ Just have them go off. Going down there and just watching those musicians do it for the first few days, the passion that I saw with those guys and how good they are, what a difference it makes and I can’t wait to get it into the game.

STG: Can you tell us more about the zombies we’ll be facing?

Glen Schofield: Doktor Straub, the game’s primary villain, was given orders to take dead soldiers and create an invincible army that could be easily replenished. The Doktor starts to say, ‘Why do I need a hand when a claw is better?’ Or, ‘I’ll put a saw blade on instead.’ So, you’re going to see some experiments.

Glen Schofield: We’re very proud of it, and we’re really excited about. 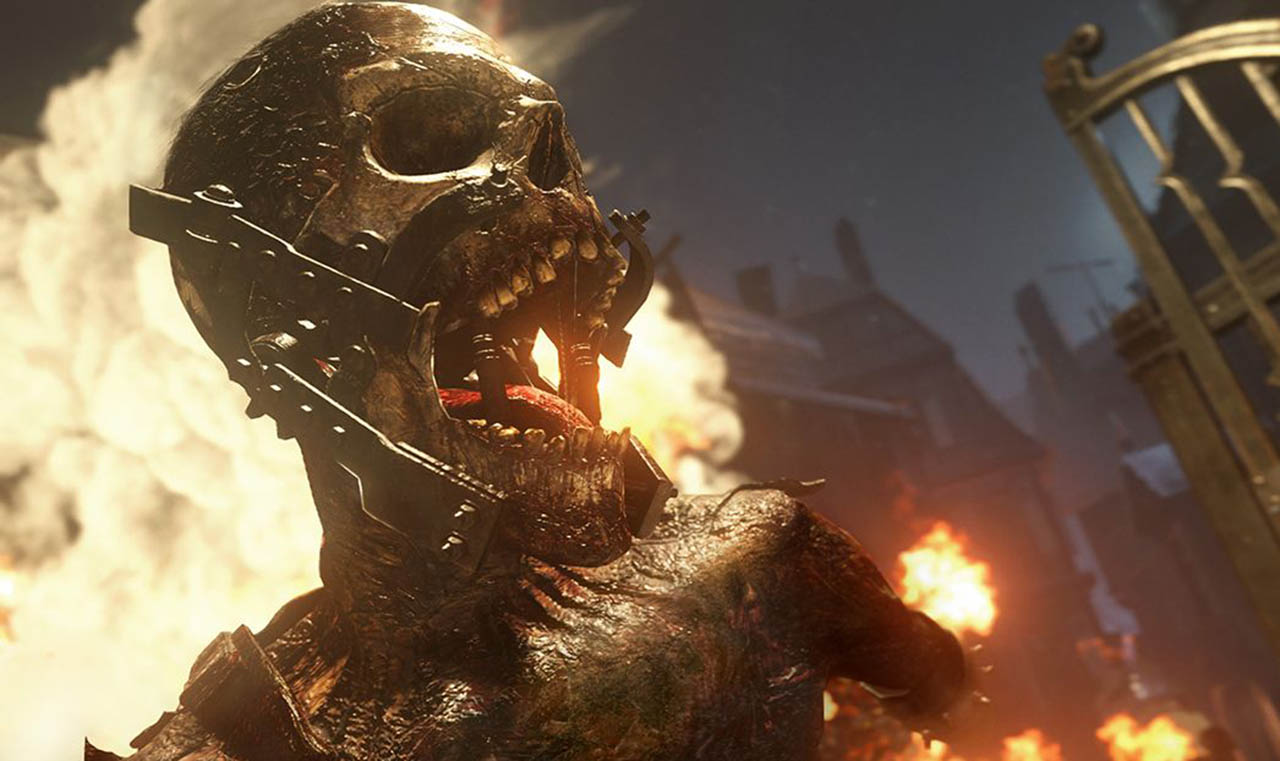 STG: Tell us about the characters who will be battling Doktor Straub and his undead creations.

Glen Schofield: Our characters have been sent in to find and recover the loot that was stolen by the German Army, mainly the art. They are thrust into this storyline, and they don’t know what’s going to happen to them.

STG: Where do the new weapons and tech come from in the game?

Glen Schofield: The place where Doktor Straub works, it’s a German military laboratory that’s split between scientific and medical studies. They had to fashion all these pieces of equipment to keep the zombie body parts together, so they’re good at making stuff like that. So, you’re going to see some weapons that have to do with some of the technology that they have there and some pretty brutal ones, as well.

STG: There is a talented team of artists at Sledgehammer Games working on Call of Duty: WWII, but how does your background as an artist lend itself towards your career as a game developer?

Glen Schofield: For me, it’s everything because it’s not only my background. My background in art is also in the techniques of art: painting, drawing, all that stuff, that’s what I do. Art, in itself starts with the idea, that’s what I learned from a very early age. Before you start anything on a piece of canvas, you start with an idea. Art told me to go after ideas first. I make probably 300 drawings a year, so I’m looking at faces all the time, I’m looking at structures.

It helps me with gameplay because I can picture it. When I was concepting the exo-suit in Call of Duty: Advanced Warfare, my first instinct was, ‘I want to jump really high.’ Then I started thinking, ‘Well, what would that look like?’ I also remember reading an article on exo-skeletons and that sort of tech, so I had a basis to begin sketching and seeing where it would go. 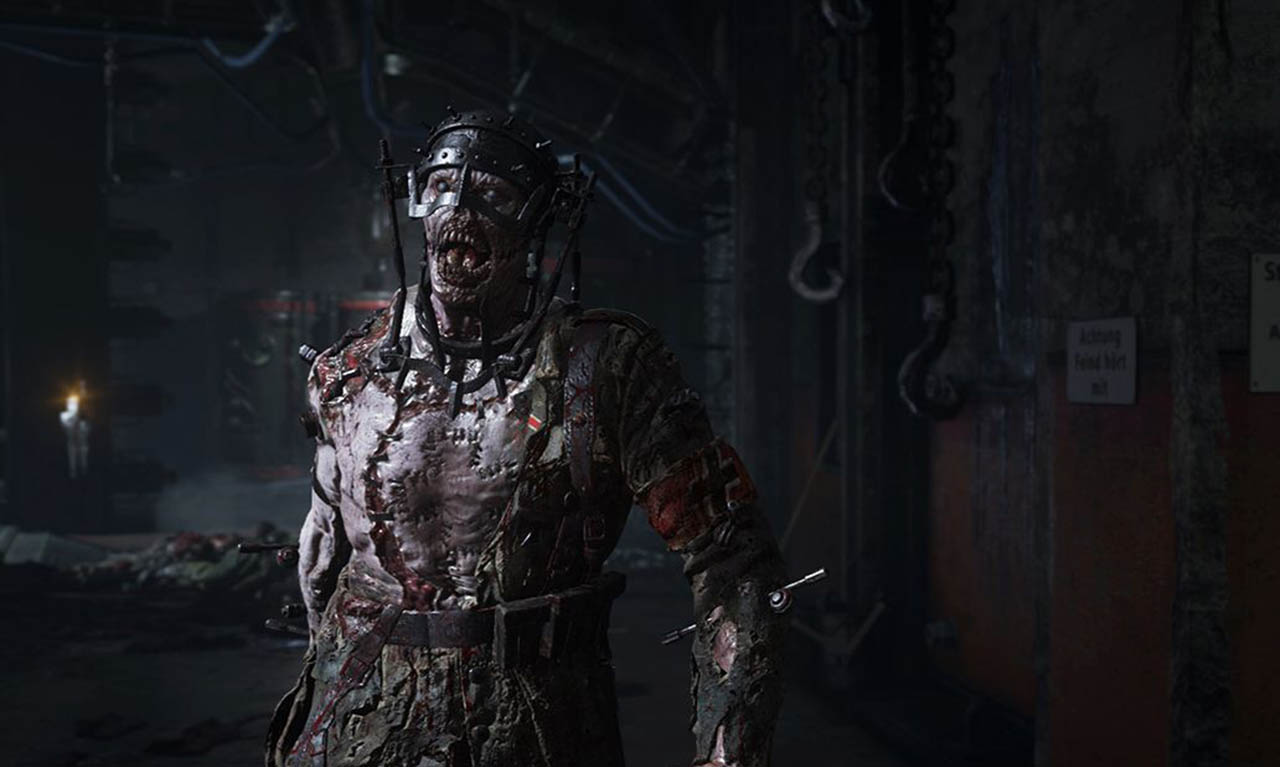 STG: How does it feel to finally be able to talk about Nazi Zombies?

Glen Schofield: Well, I mean, just like the rest of the game, it’s a giant relief when you’re first able to talk about the game. As we get closer and closer to shipping, it just feels like this special little thing we made here and it’s now it’s not little anymore. I’m still very anxious for it to come out. I can’t wait. And I can’t wait to show more!

STG: Thanks Glen for talking with us today at STG. Look for more information about Call of Duty: WWII including Nazi Zombies in the future as we get closer to the launch of the game. We can’t wait.