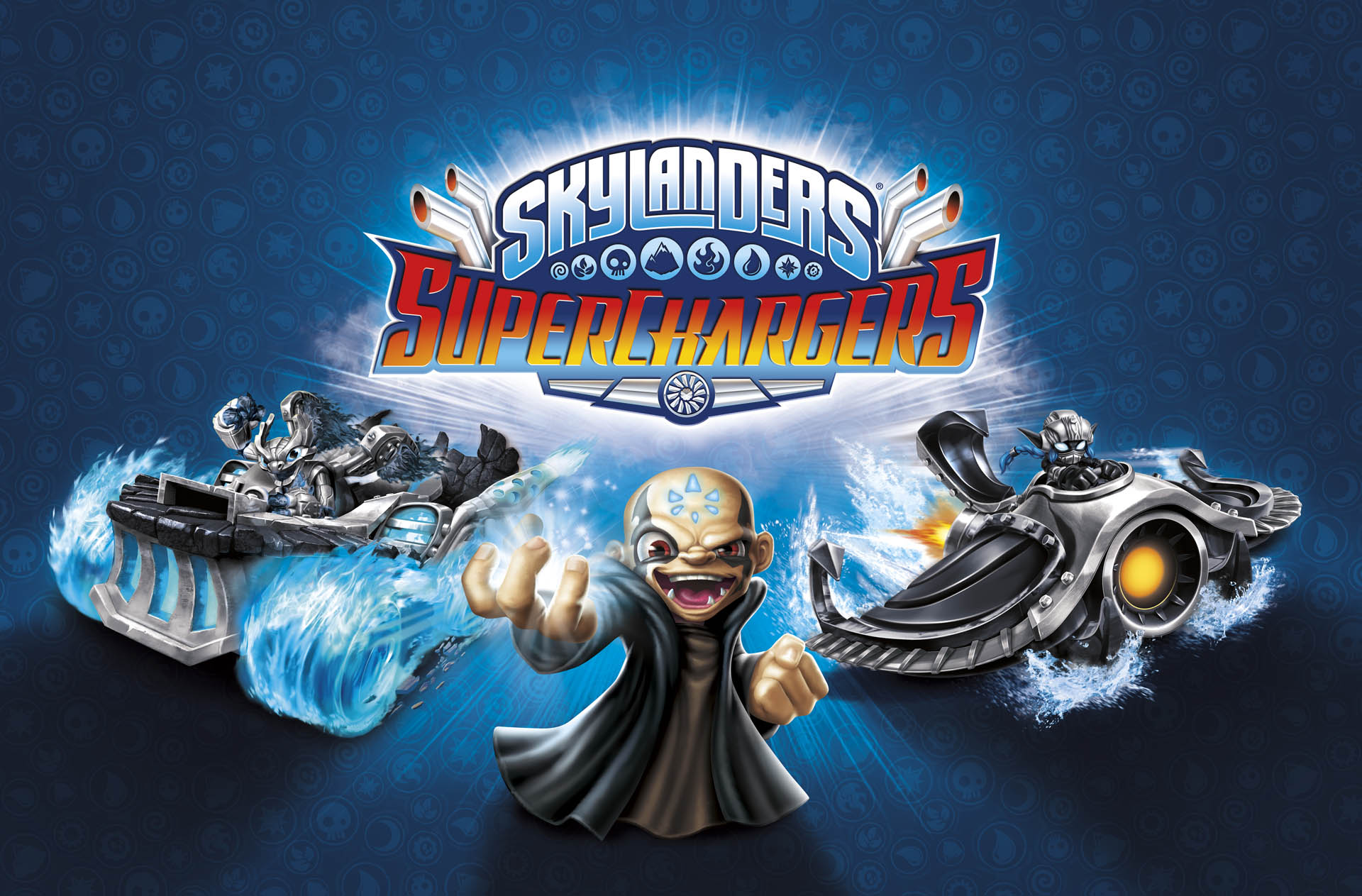 Another year and another edition of Activision’s videogame and collectible figurine mash-up. For this year’s Skylanders Superchargers, vehicles have been added into the mix, opening up a whole new way to play the game and drain parents of their cash.

Skylanders, the original toys-to-game franchise, now competes with Disney’s Infinity, Nintendo’s Amiibo and Lego Dimensions for a slice of the pie. And stiff competition it is as well. With the marketing might of Disney drawing from some of the world’s top brands like Marvel and Star Wars, Nintendo from their back catalogue of classic game characters and Lego from everywhere else, Activision really can’t afford to rest on their laurels.

Hence the vehicles shaking this up for this yea’rs Skylanders Superchargers.

You have to admire the effort that Activision puts into their Skylanders games. As with previous entries, Skylanders Superchargers looks fantastic (and I reviewed the Xbox 360 version). The polished visuals look more like a creatively stylised kids cartoon than an interactive video game.

The plot, whilst not exactly deep, serves its purpose and provides enough giggles to keep the kids and adults that are young at heart amused.

Kaos, the evil cackling madman that spends an unhealthy amount of time plotting the destruction of Skylands has almost succeeded, imprisoning your friends. The only ones that can restore order is a special team of Skylanders… the Superchargers and their fleet of extra-ordinary land sea and air vehicles. With the help of returning characters Hugo, Flynn and Cali, players must liberate Skylands destroy the Doomstation of Ultimate Doomstruction and free Master Eon from Kaos’s prison.

For the uninitiated, and similar to all the other games of its ilk, the Skylanders franchise has players (referred to by the Master Eon, as he breaks the forth wall and speaks to you directly, as portal masters) placed in charge of the portal of power. This portal, when a Skylander toy is placed upon it, transfers the character into the game world. It’s a neat idea and, of course, the more Skylanders you own, the more characters you have to tag-team your way through the game. Which is where it can get expensive and potentially even more so this time as characters are paired up with a vehicle as well. 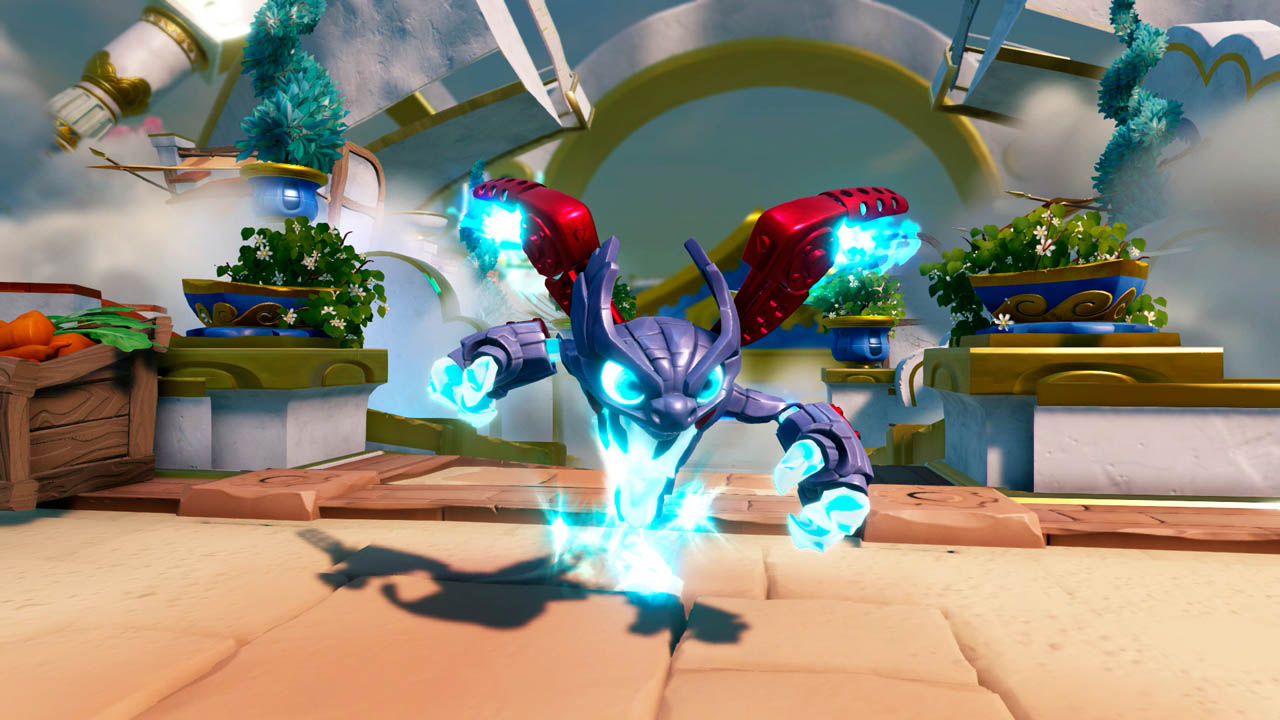 Placing a full trap in the Superchargers portal unlocks special Skystones for use with the mini card-like game, Skystones Overdrive.

The Skylander Superchargers starter pack comes with a couple of Superchargers and a car. Straight of the bat you are going to need to stump up some cash and buy an air and sea vehicle in order to actually play the game properly.

The addition of vehicles to the mix creates an interesting, though likely to be divisive, change. Whilst the use of vehicles may detract from what many may consider to be the core Skylanders experience, I found the new racing and vehicle combat mechanics a refreshing change for a franchise that seems to be getting a bit stale of late. 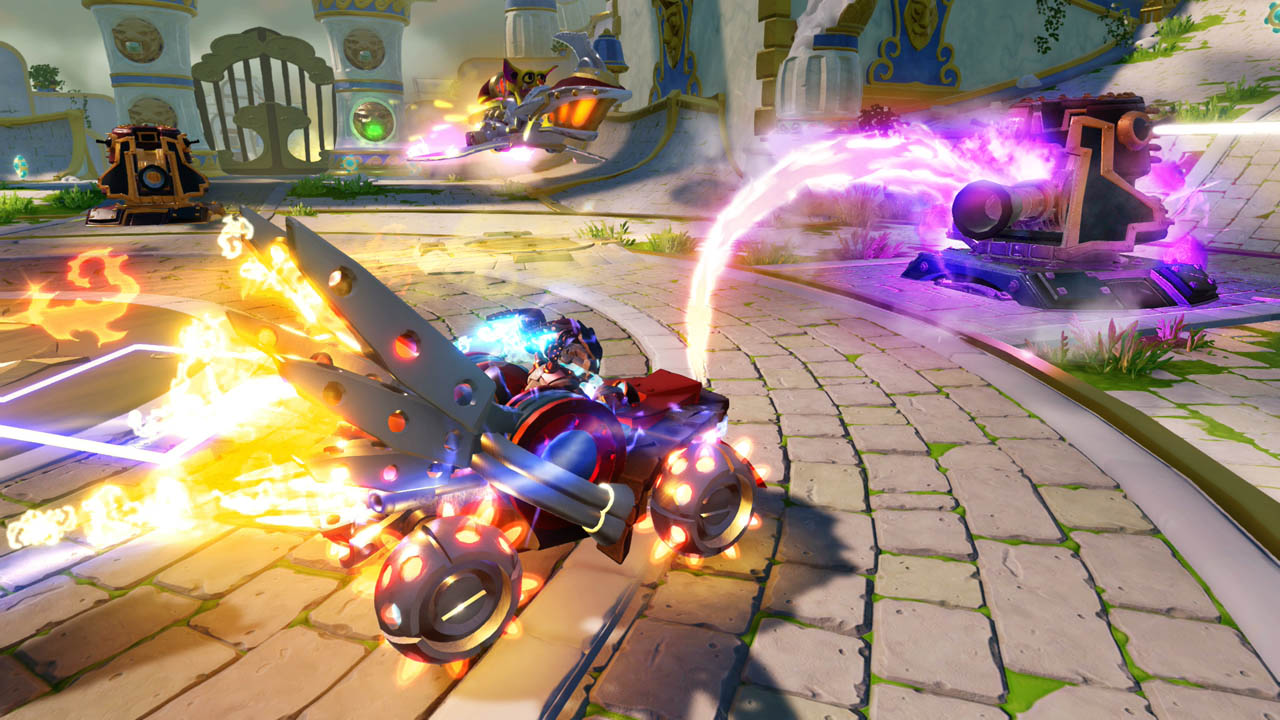 As well as the Main Story Campaign, Single-player, Multiplayer and Time Trial races are available directly from the Main Menu. This allows players to test out the three vehicle types with races on land, water and in the air. The racing will appeal to fans of Mario Kart, with plenty of power-ups and vehicle-to-vehicle combat.

The game contains the same sort of polished platform gaming fun that the franchise is renown for. This time though, at particular points there’s the opportunity to hop on board a land, air or sea vehicle and continue the Skylander experience in a rather different way.

The vehicles are upgradable in a similar way to the Skylanders, themselves, improving their speed, armament and weaponry. 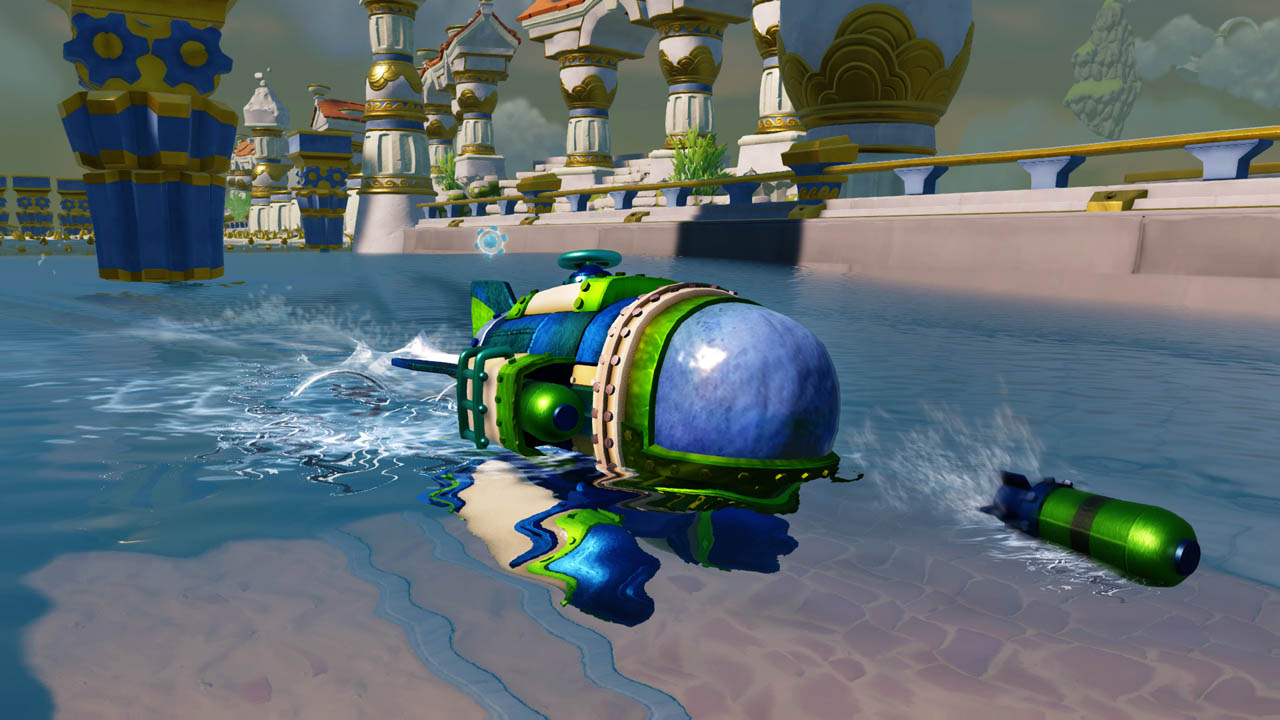 Skylanders Superchargers makes for an interesting new direction and adding vehicles is certainly less gimmicky that last year’s traps. The cynic in me thinks that the inclusion of vehicles is more about emptying parent’s wallets than a creative change to make the game better, which, let’s be honest seems to be the same thing every year.

Still, Skylanders Superchargers is a very polished affair offering a great story, some fun, if familiar, gameplay and some outstanding characters. Fans should love it, but newcomers may end up wondering what all the fuss is about.