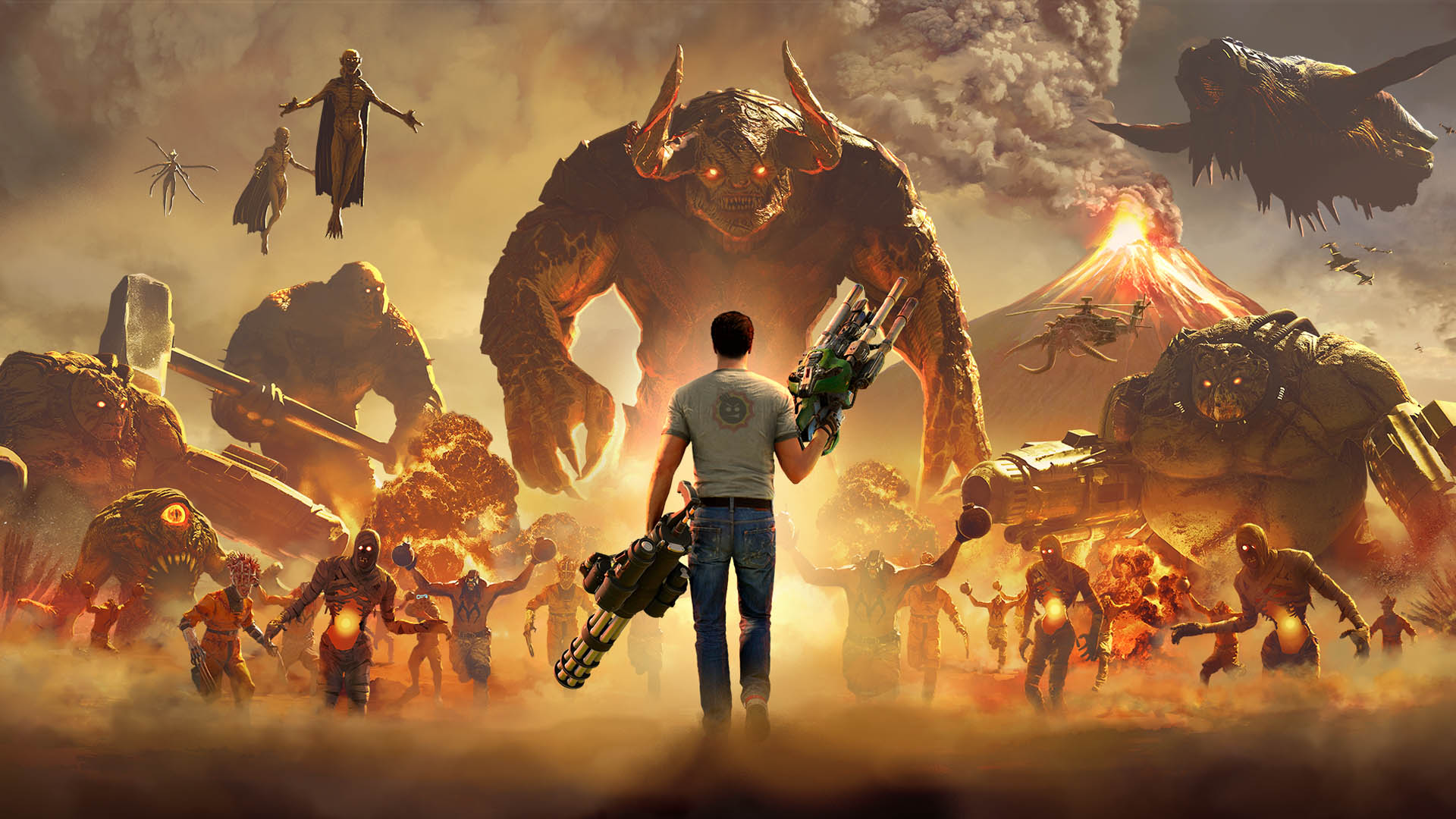 Croteam and Devolver Digital have announced that the high-powered prequel Serious Sam 4 will unleash both barrels of chaos on Steam and Google Stadia.

Humanity is under siege as the full force of Mental’s hordes spreads across the world, ravaging what remains of a broken and beaten civilization. The last remaining resistance to the invasion is the Earth Defence Force led by Sam “Serious” Stone and his heavily-armed squad of misfit commandos. 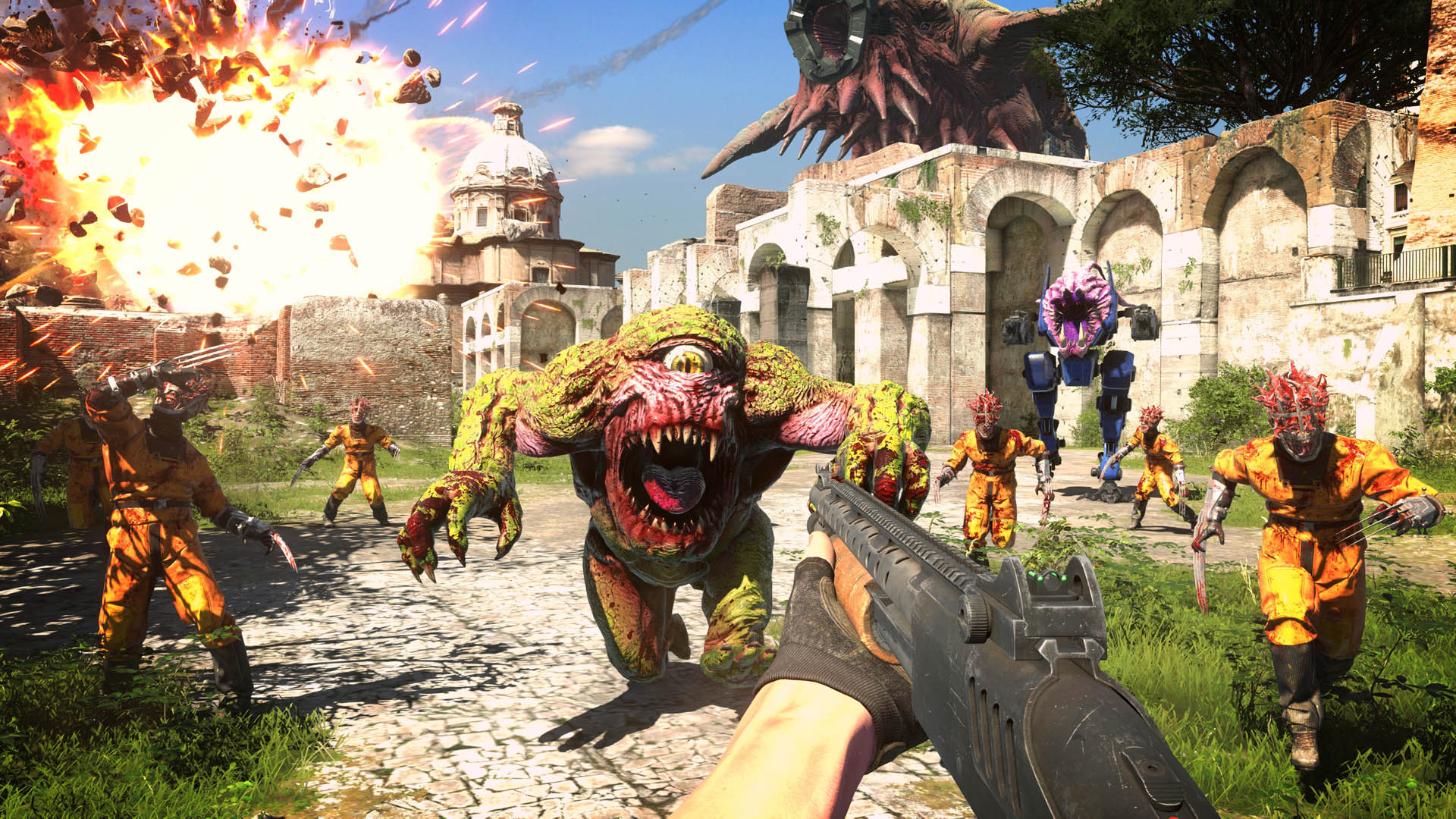 The iconic cast of alien invaders returns with some new reinforcements! Fight your way through unbelievable numbers of Mental’s minions including the iconic Headless Kamikaze, Beheaded Rocketeer, Kleer, Scrapjack, Werebull, and Khnum! Square off against brand new enemies and towering monsters like the frantic Processed, repulsive Belcher, the hard hitting Brute Zealot, and more.

Armed with a slew of devastating weapons, pick your tool for any situation. Lay waste to Mental’s hordes using the powerful double-barreled shotgun, the punishing minigun, the powerful chainsaw launcher, a brand new auto shotgun, and the iconic cannon. Upgrade your toys, and enjoy the violent beauty of the lock-on rocket launcher, and the mighty laser beam of death. 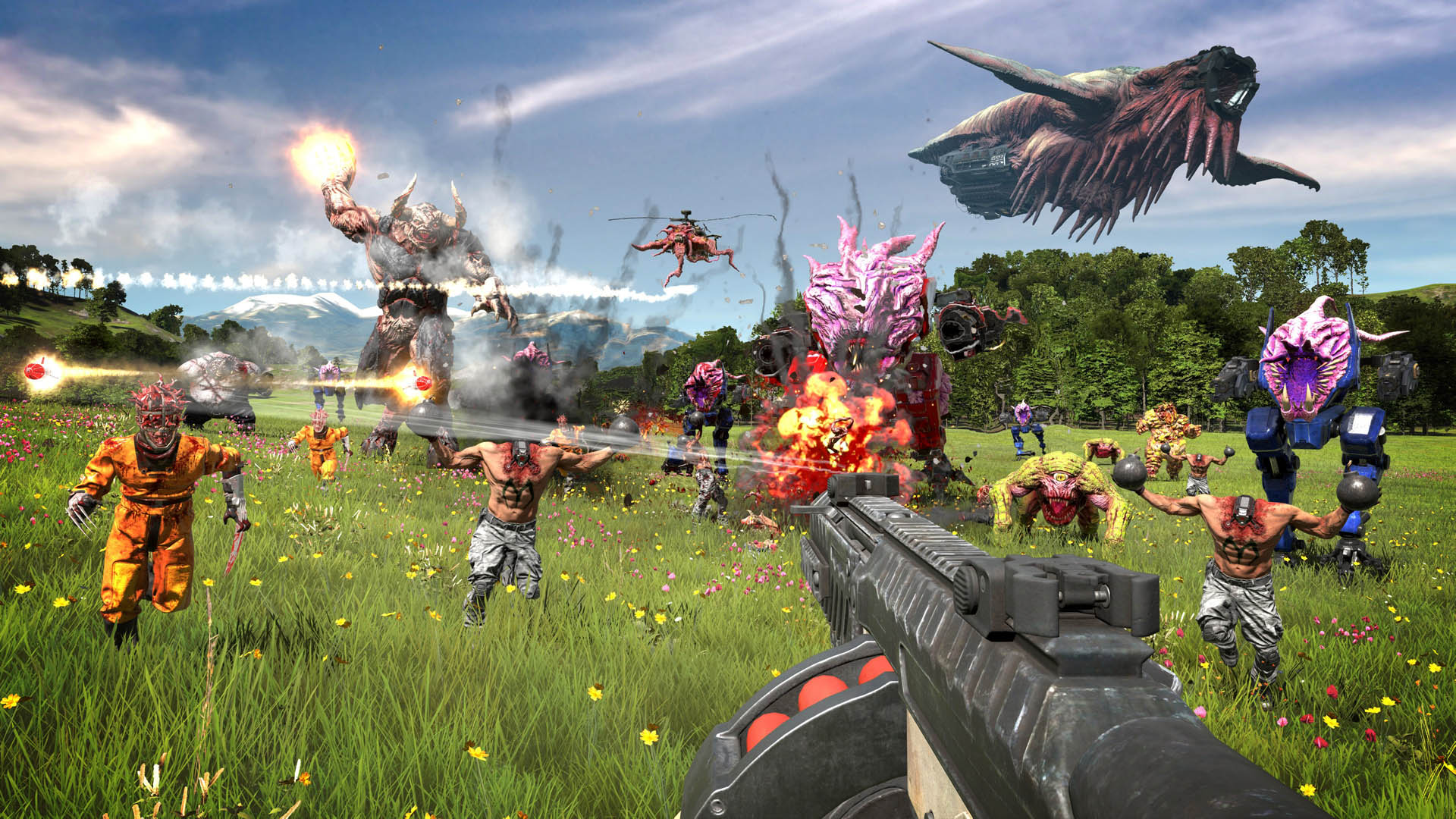 Smash through the action-packed campaign with friends in 4 player online co-op mode! Tackle exciting primary missions and thrilling side quests in modified difficulties for an extra challenge.

Serious Sam 4 unleashes some of the biggest moments in the series’ history with the new Legion System and battlefields teeming with thousands of enemies and will be releasing in August 2020.