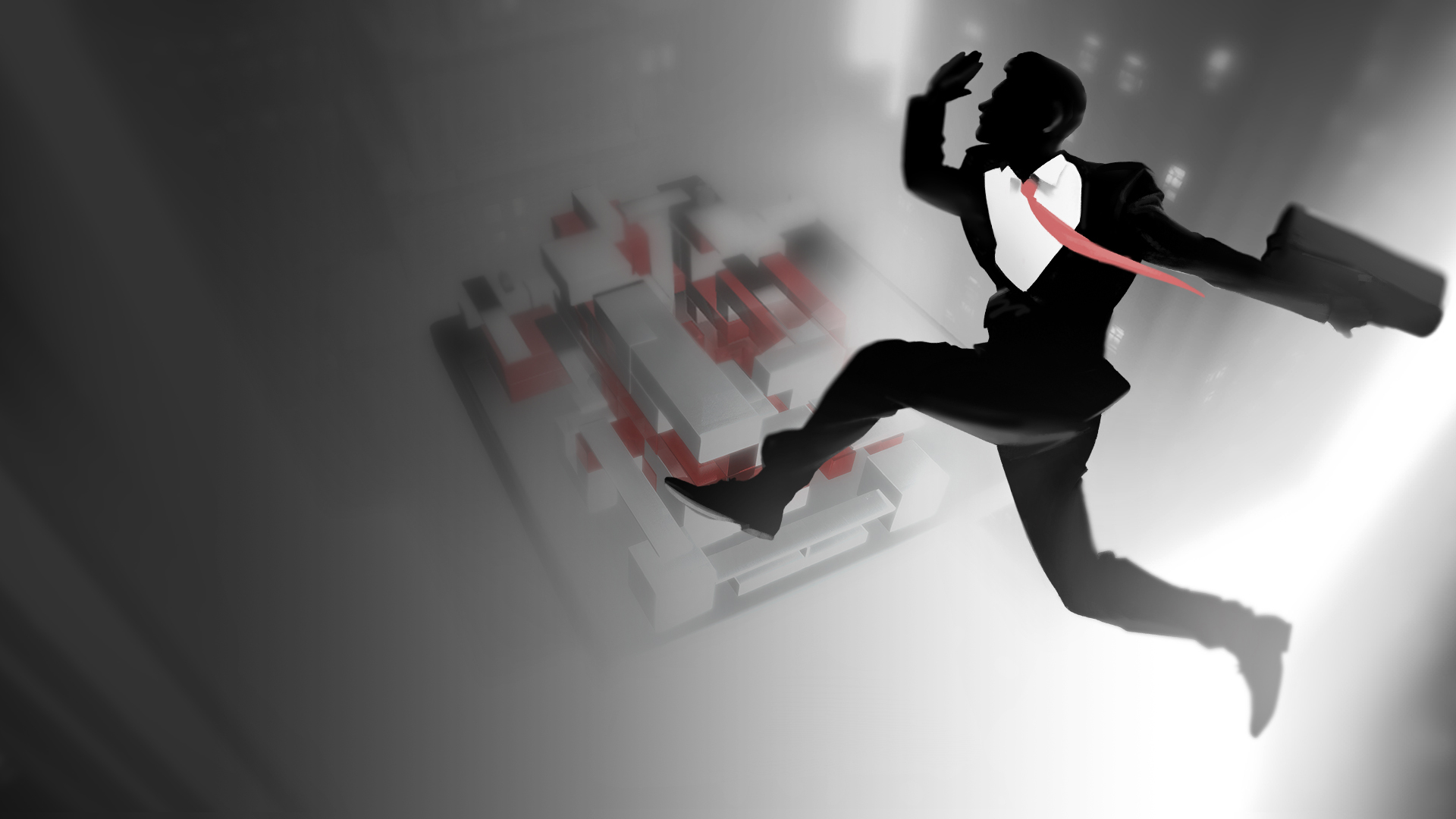 Nobody wants to spend all day in a suit working in an office, I write while wearing a suit on the way to my office. But at least we all get to see the sweet relief of heading home; Salary Man Escape uses this freeing moment to throw you into a world of puzzles. It’s not enough to spend a day working, but making getting home a challenge, that’s where the real joy is.

The above comments are a touch cynical, but to be fair it’s a good premise for someone working a 9-5, getting home is wonderful, so it is the perfect motivation for a puzzle game. The hard part has been done, now beat these challenges to go home.

Salary Man Escape is puzzle a game where a salary man starts a stage by standing at the start of a puzzle, your job is to either clear or make a path for him to get out of the puzzle. This is mostly done by moving Jenga like blocks in or out of the way. Moving them in the way may create a bridge or path and moving them out of the way may clear an obstruction or drop the end of a block it was resting on to make a ramp. 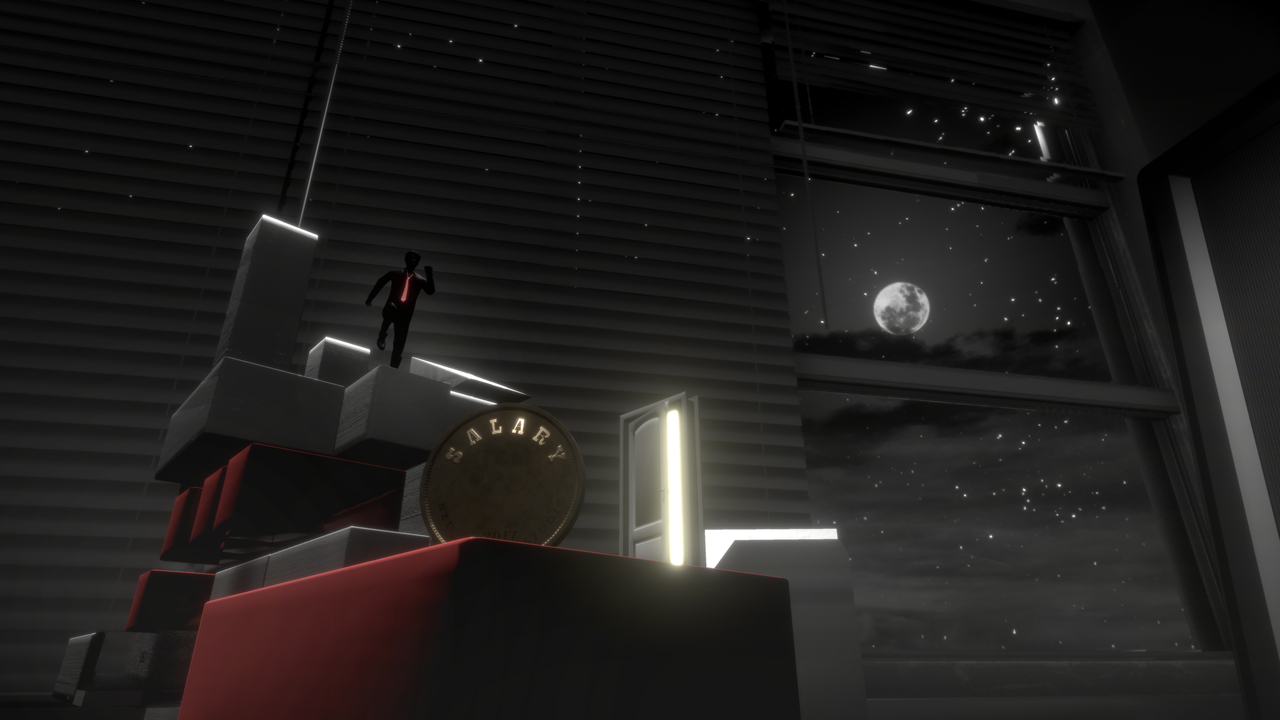 This gameplay is simple, but the creative way it is used makes for some challenging and intricate puzzles. Moving certain blocks can have unexpected results on the puzzle outside of your initial thoughts, which can be frustrating when you have gotten far in a complex puzzle and didn’t expect a block to drop in a place you hadn’t seen yet. This is made easier to analyse thanks to the ease of turning a puzzle around.

Because they are all built on individual platforms, you can look around the puzzle easily, or rotate the whole puzzle to see what your block may be doing on the other side. Weirdly this element means that the whole game could be easily played outside of VR with a couple of tweaks to the controls, but it’s still awesome being in the world concentrating on the puzzle in front of you.

One thing I wasn’t a fan of was the way the Level select is done. You have windows of tall office buildings light up for choosing a Level, which is clever, and it looks cool, but I had a lot of issues aiming at windows when using the PS4 controller. It wasn’t as bad using the move controllers, but not everyone has those. 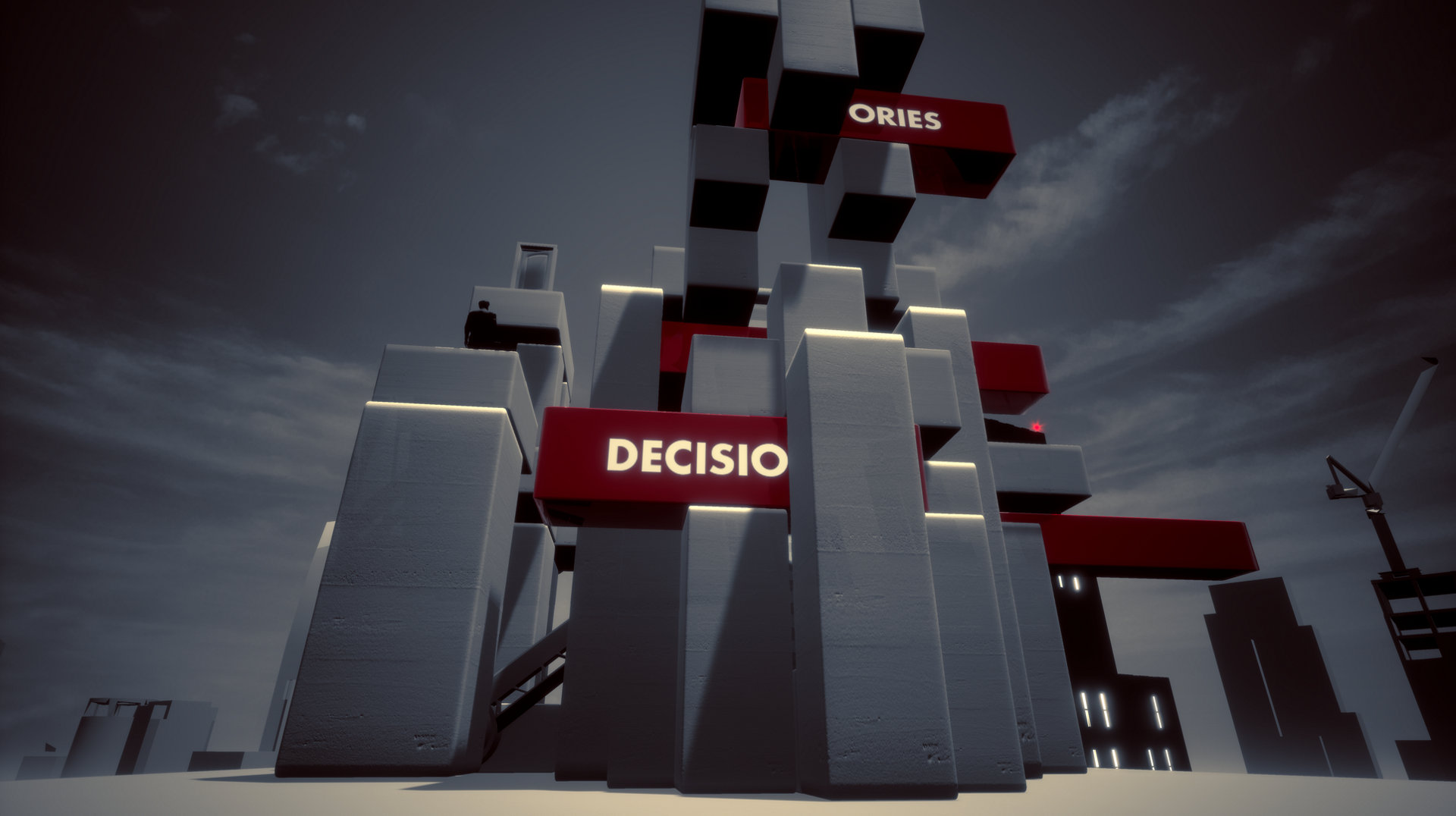 The games biggest win is its aesthetic. Using mostly shades of grey and white, with red used to make blocks you can control stand out. This is a nicely used colour palate, with the surrounding background being grey and black office buildings, it gives that cliché monotonous bland office vibe in a beautiful and charming way.

Salary Man Escape is a clever puzzle game that looks good and is fun to play in VR. While it’s not necessary for the game to be in VR, it is implemented in well to justify its use of the technology. Some annoying puzzles and quirks with controls aside, it’s certainly well worth checking out.