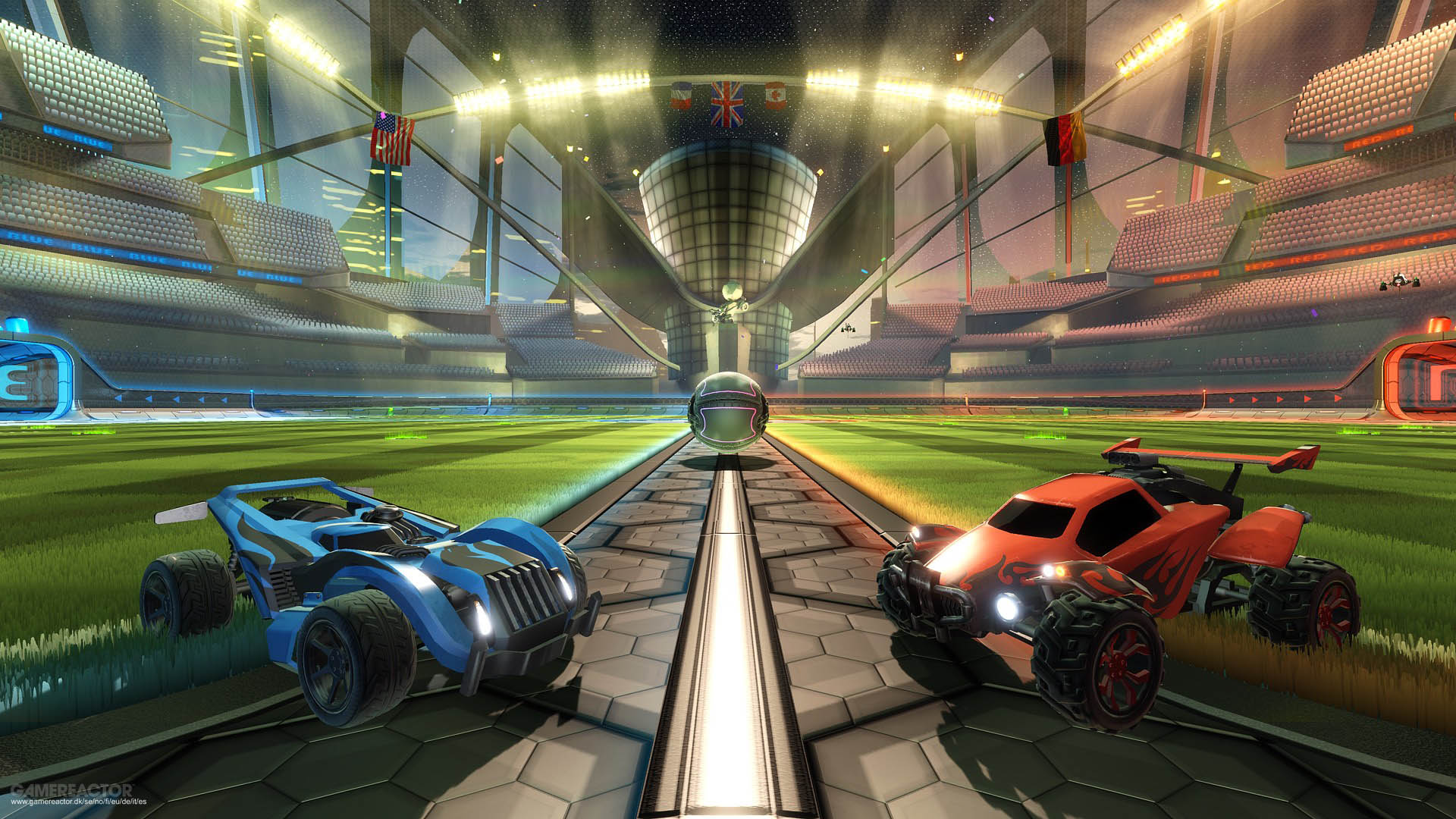 Rocket League is the most entertaining game I’ve played in years. In combining two otherwise tame elements, football and cars, Rocket League has managed to create an utterly chaotic and addicting experience.

The gameplay puts me in the mind of Twisted Metal, if Twisted Metal was based around playing football rather than blowing things up. Suitably Sweet Tooth, the most iconic Twisted Metal character, is an unlockable car in the PS4 game.

Each match takes place in a cage with a giant football. As you may have guessed, each team must try and hit the ball into the opponents net. Teams consist of anywhere between one and four players depending on the type of match you choose.

Playing a game of football with a car is more difficult than you may expect. With the direction you are able to move being severely restricted, doing a basic task such as hitting the ball is a lot harder. This made the game so much more unpredictable and comical.

Adding an extra layer of control and hilarity to the game is the jump button. This theoretically allows you to have more control of where you hit the ball as well as allowing you to try and pull of cool moves like heading the ball and bicycle kicks. Quite often though it just led to situations where cars go up to head the ball but miss. Seeing 3 or 4 players all go up yet all miss was a lot more entertaining than it probably should be. 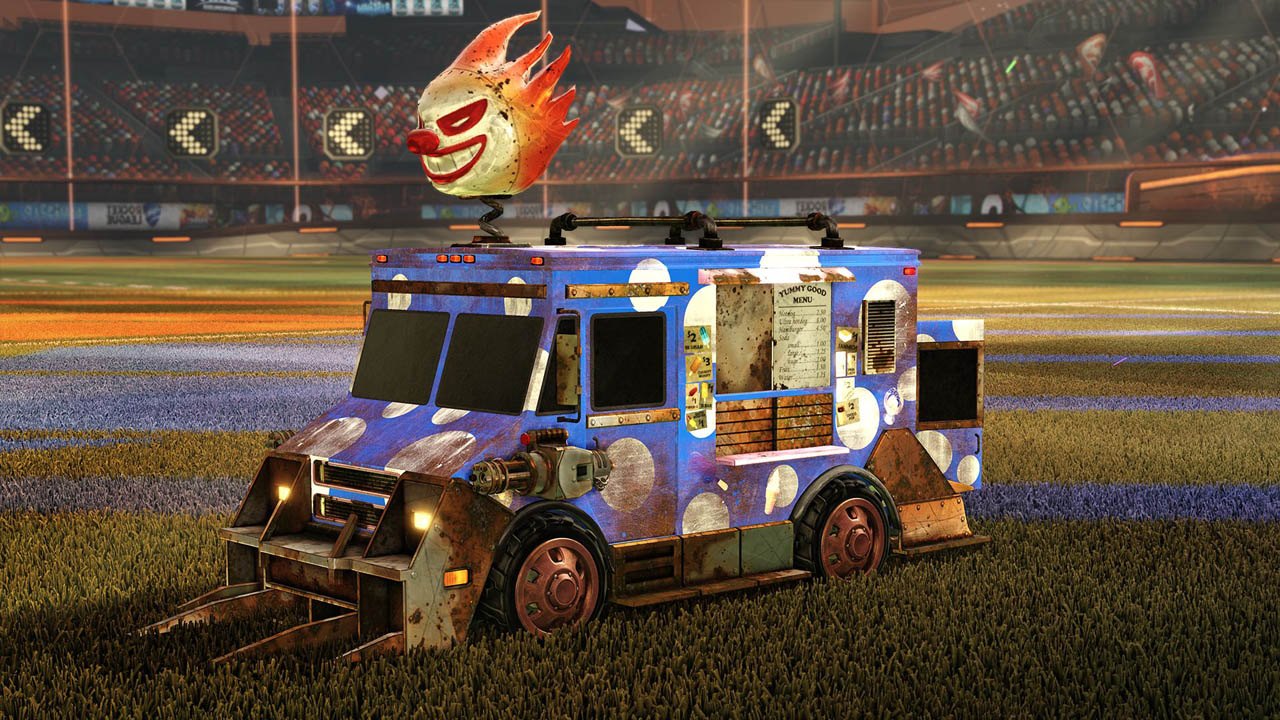 The game also features a boost system to allow you to get a bit of extra speed. Boost can be refilled by running over numerous locations on the field. It can also be used to ram other cars to potentially blow them up resulting in them being respawned.

The game features a very well executed and detailed customisation system. This ranges from choosing the type of car to choosing decorative antennas. New vehicles and items are unlocked after each match. The sheer number of different pieces ensured that no two players looked alike.

The most fun component of the game is the online. 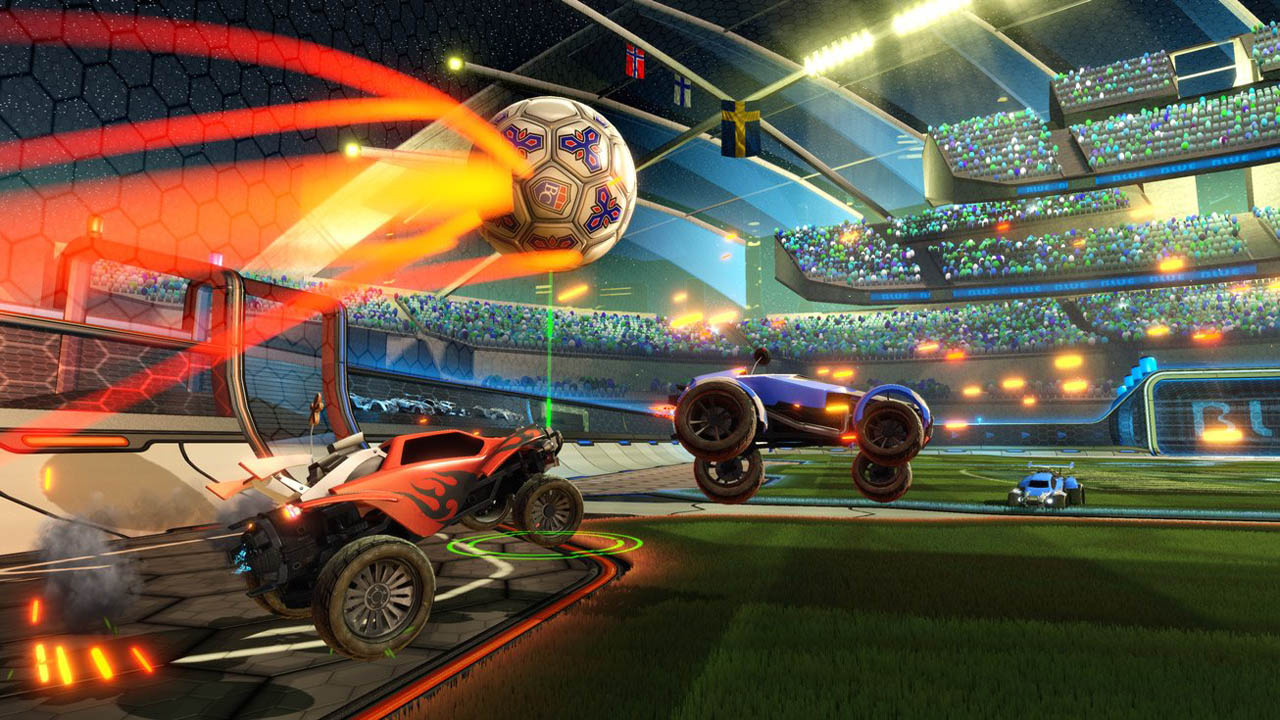 Playing with other people, even strangers, just generally makes the game more enjoyable. My biggest worry with this, along with any other online games, is the longevity of the online community. Even within the first week, I encountered a couple of lengthy matchmaking times.

The offline portion of the game manages to stand up on its own. You have two options at your disposal, play random matches or play a season. Even though the season mode was very simplistic, I actually enjoyed it.

Another neat feature of the game is split-screen, which you can play on all the modes, both online and offline. I was initially skeptical about how a restricted field of view would go on an already difficult game however I soon became adjusted to it and it turned out to be a while lot of fun. 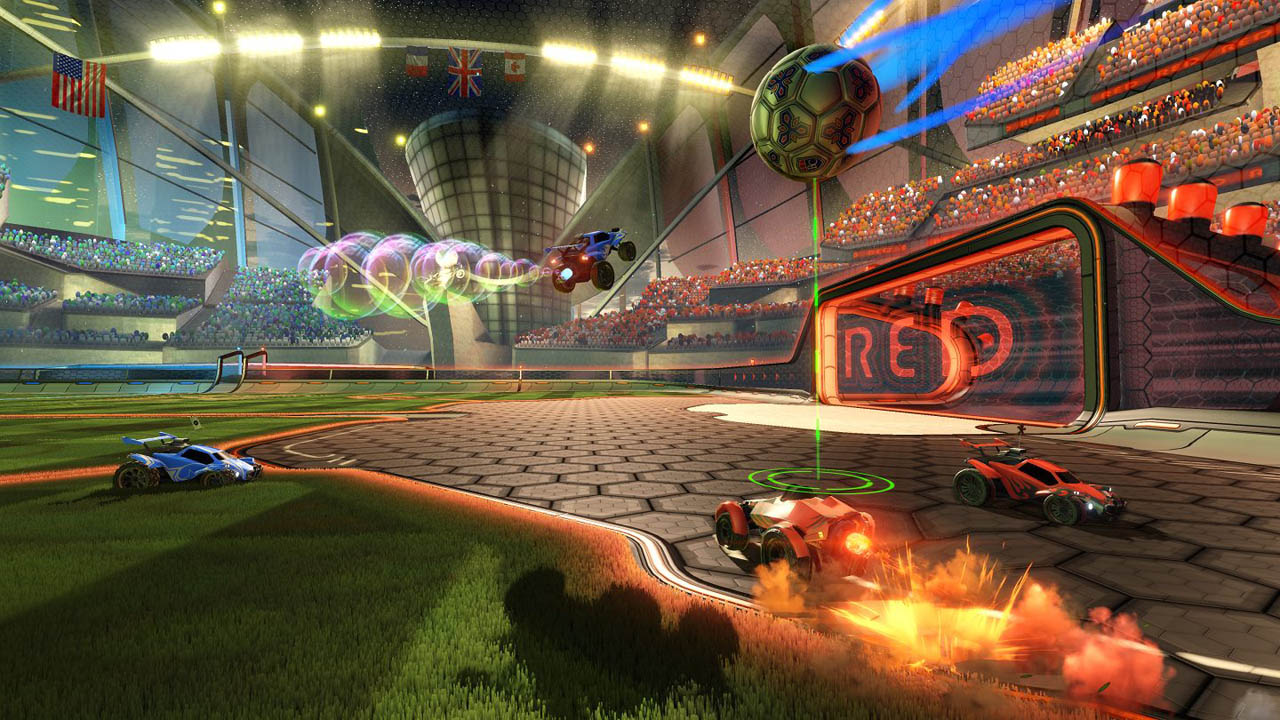 While it would have been nice to have more game modes to choose from, the quality and volume of content already on offer is already more than generous for the low price point.

Rocket League has managed to master the lost art of making games fun. Despite being simplistic, every part of the game feels complete and every feature well implemented.