I’ll be the first to admit it – I’m not the right person to review this game.

I’ve never been a fan of the Resident Evil series (those terrible movies didn’t do much to help that), and I can’t honestly say I’ve ever played one for more than half an hour. So take the below review with a grain of salt – as I’m not really reviewing it as a remastered version of an existing game, but rather as a game that’s totally new to me. 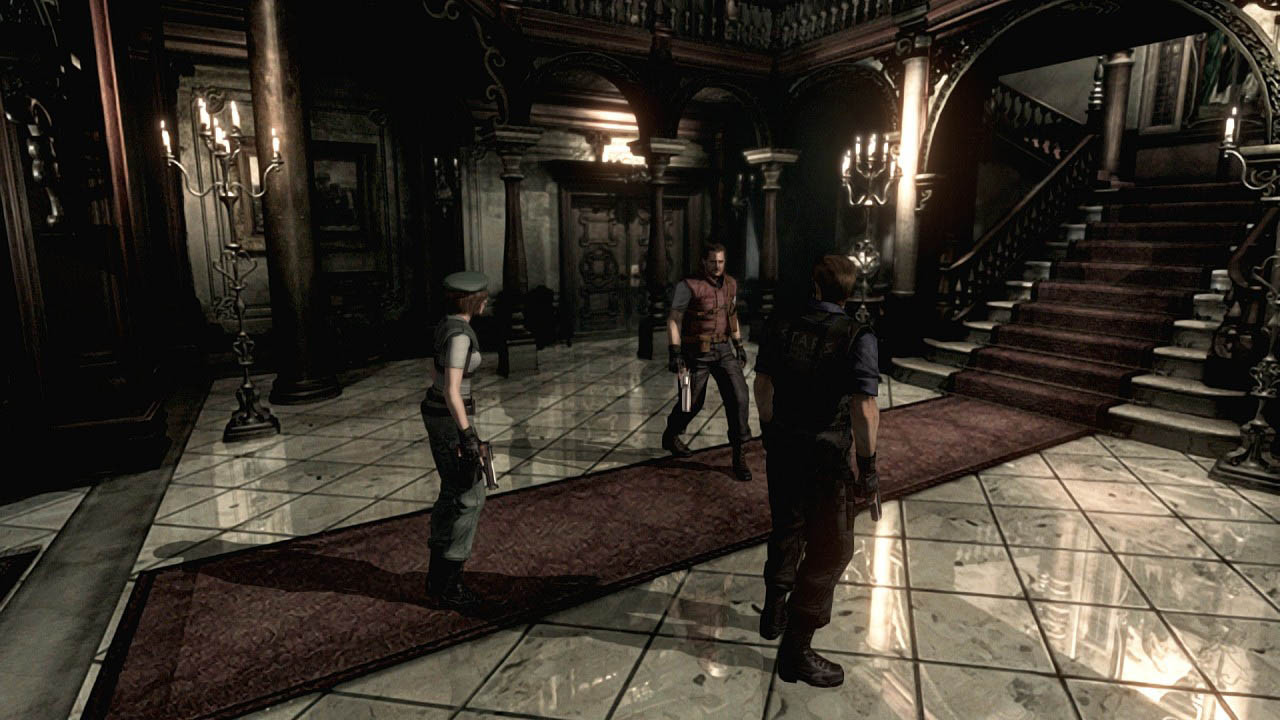 2002 is a very long time between original and remaster, but that’s what we’re looking at here – with the Gamecube’s (already a remake) version of Resident Evil being given new life with 1080p graphics and a serious overhaul for sound.

And it kicks off in the tried and true fashion you might remember if you’ve played this game 13 years ago, or indeed are aware of the massive pop culture status this game has. 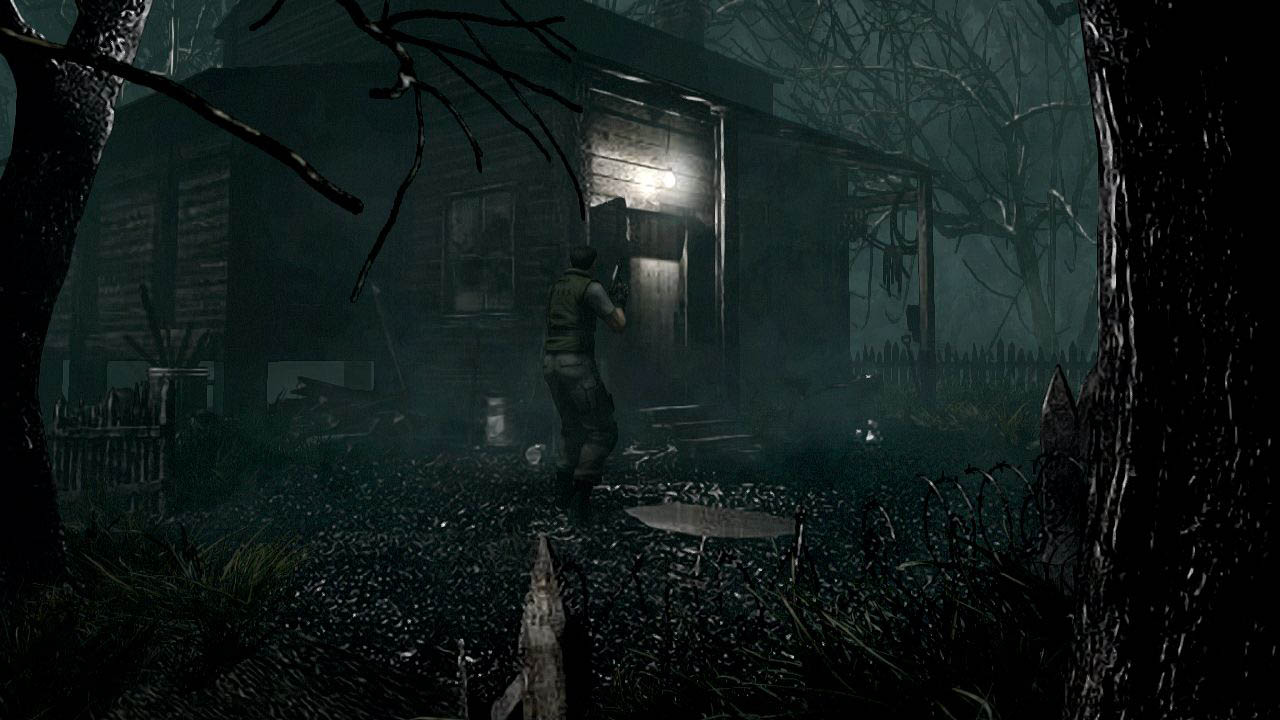 Racoon City is falling apart – all sorts of nonsense is going on, not the least of which is people eating each other. Either Chris or Jill and their S.T.A.R. team fly into the city to investigate another recon team that’s gone missing.

All hell breaks lose, some zombie dogs show up and attack you and you get chased to the spooky mansion where most the games action takes places. You go off to explore the mansion on your own, in a classic Scooby Doo move, and things get worse from there. 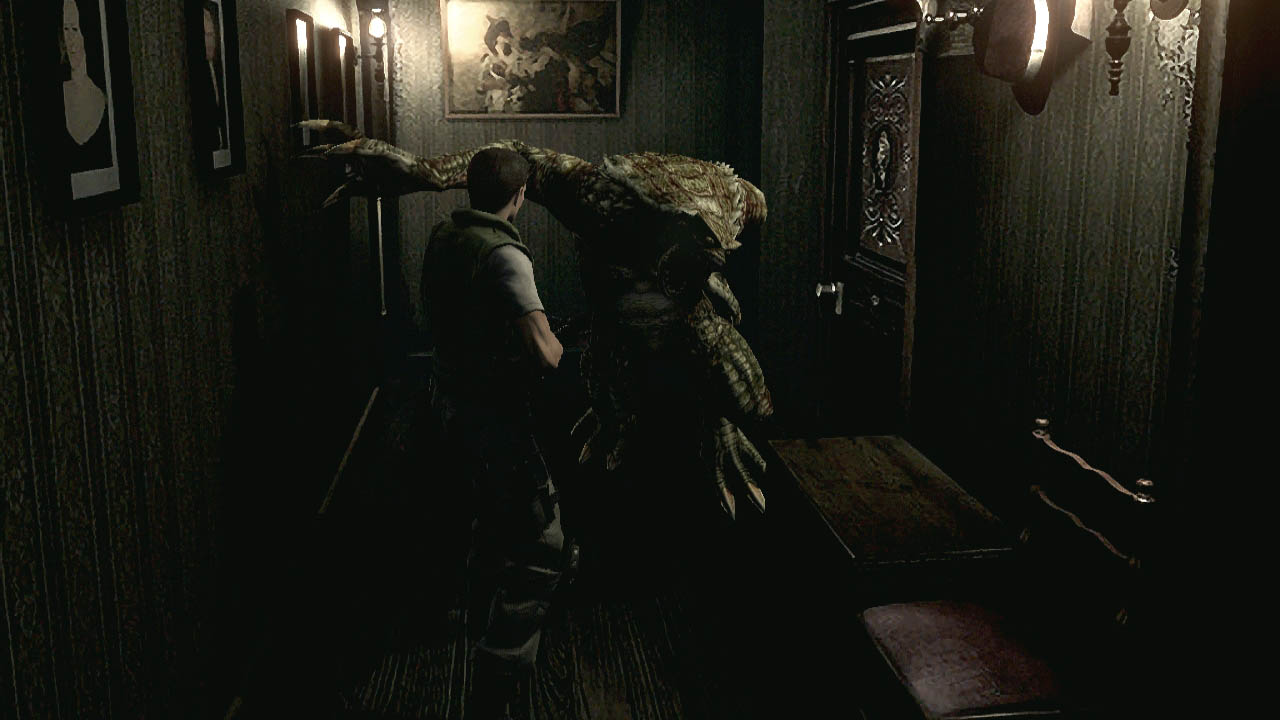 The thing about this game is that no matter how hard it tries, the entire thing feels very 2002. A lick of paint and new sound do wonders for the visuals, I’m sure, but unless nostalgia is completely blurring your vision, it doesn’t hold a candle to anything else going on with either of the major consoles.

It looks good, mind you, just not great.

This bleeds through into the gameplay, which seems to be pretty much unchanged from it’s last outing in 2002. These are clunky and slow, and it’s hard to get enjoyment out of simply moving around the environment. 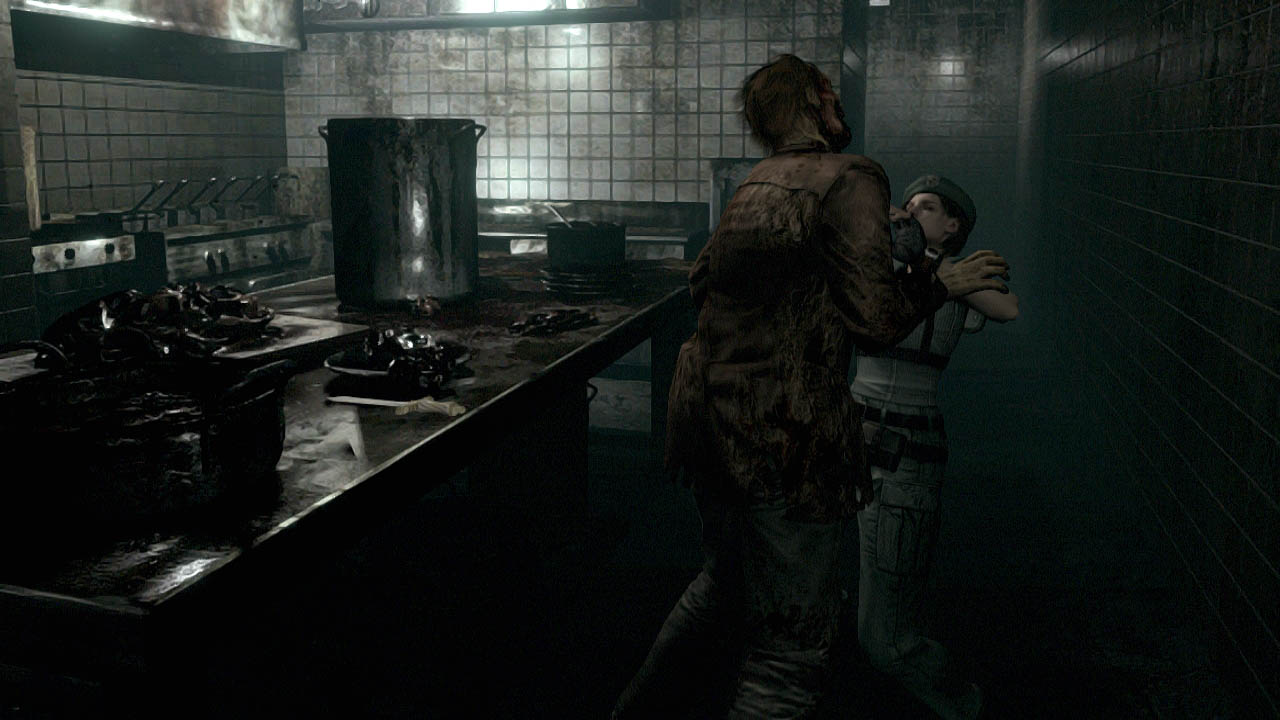 Combat is especially grueling, with reaction times slow to the point of maddening.

The puzzles of the game, mind you, are perfectly workable, and along with the new sound and graphics create a tense atmosphere that keeps you engaged enough to stick with it.

As someone who is still undecided on the overall concept of HD remasters, Resident Evil just doesn’t strike me as a game that needed this treatment. 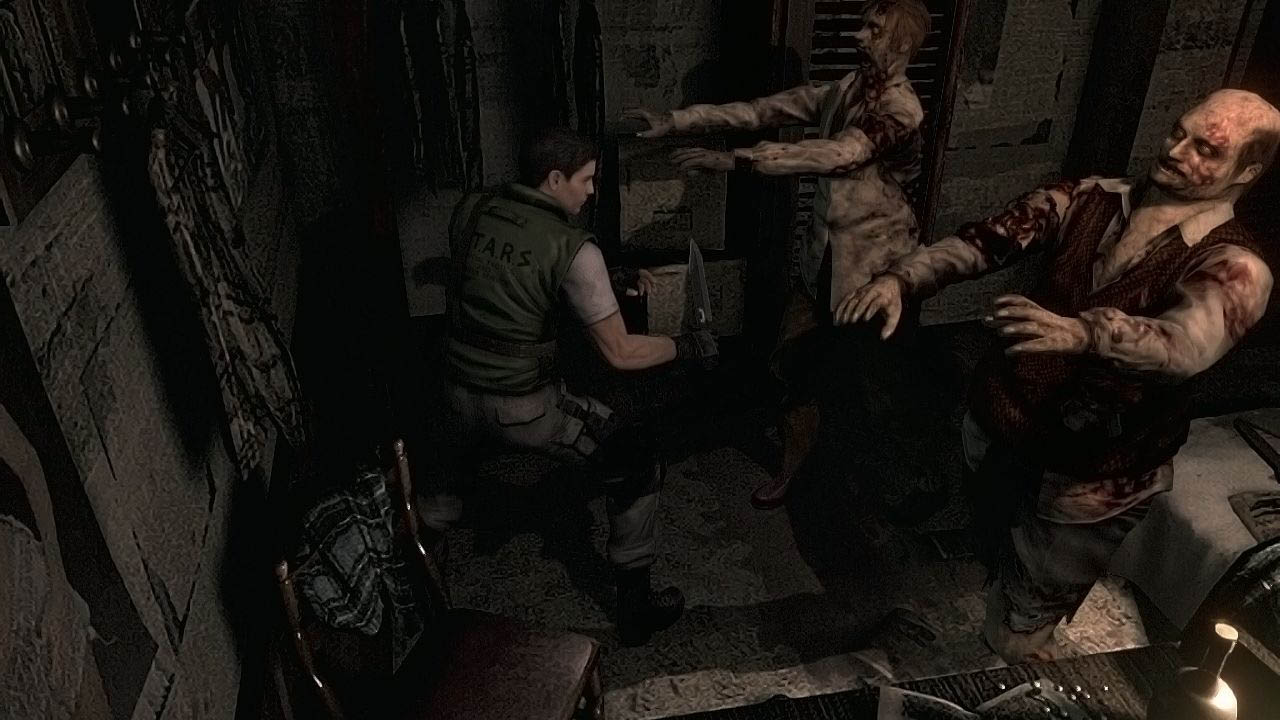 For me though, it’s nowhere near enough to pull me into the world of Raccoon City and the Umbrella Corporation.